Zoom Out & Chill With Bitcoin!

Bitcoin appears to be executing the Wyckoff Distribution pattern.  Below is a chart demonstrating the pattern: 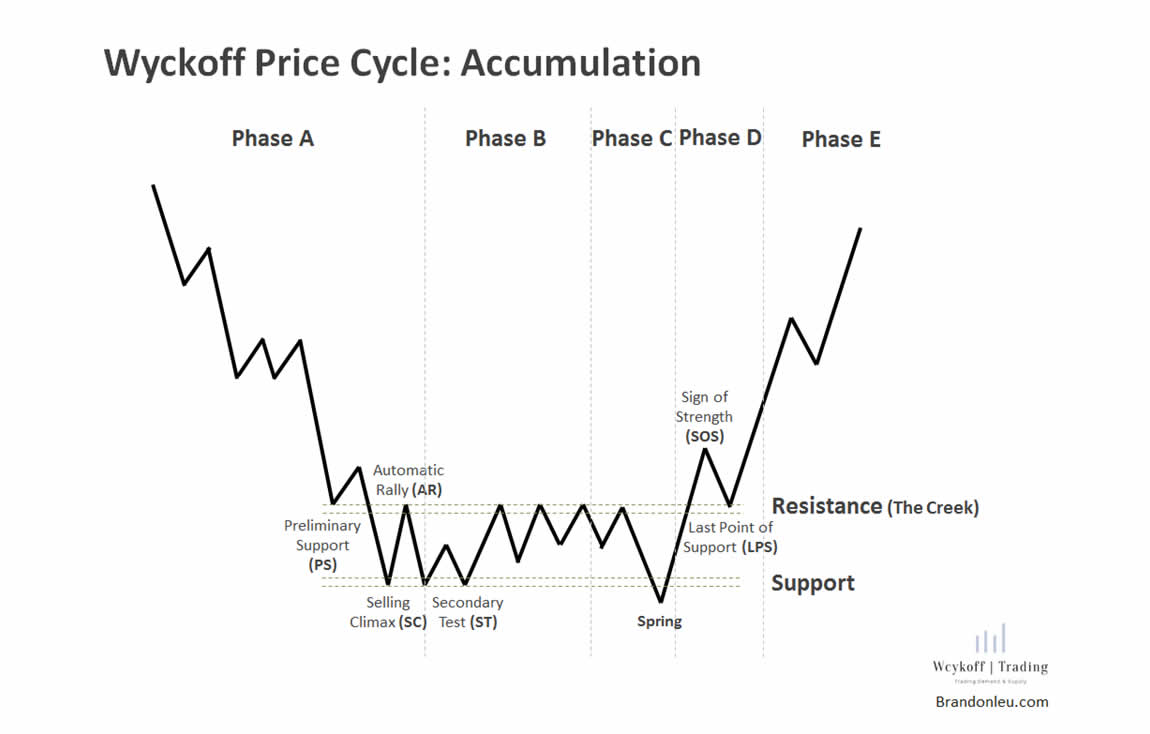 Wyckoff distribution is a price manipulation pattern.  Bitcoin manipulation has been executed, especially in 2021, by institutional investors, hedge funds, and whales who control over 1,000 Bitcoin each.  The agenda is to get Bitcoin down before it takes off too early.  This gives institutional investors time to accumulate or re-accumulate cheaper.  Large quantities are bought cheap, as the price ranges in a low area ($29K to $40K).  Bitcoin is forced to fly below the radar of retail investors, while these institutional investors, whales, and hedge funds buy up all the Bitcoin they can.  They sell off more to drop the price in the distribution phase and the markdown phase (Phase B & C in the above chart).  There is also an accumulation phase and a markup phase getting the price up high (Phase D and E in the above chart).  Once these whale investors we mentioned above, have enough accumulation, the shorts will end and Phase D and E begin.  This pattern appears extremely logical in the context of a bull market that was, all of a sudden, interrupted soon after a huge number of institutional investors started ramping up accumulation of Bitcoin, in February 2021.  Therefore, the logical position to take if you are not a whale (own less than 1,000 Bitcoin), is to zoom out.  Below is a naked chart zoomed out.  It appears to start in 2010.  See the chart below: 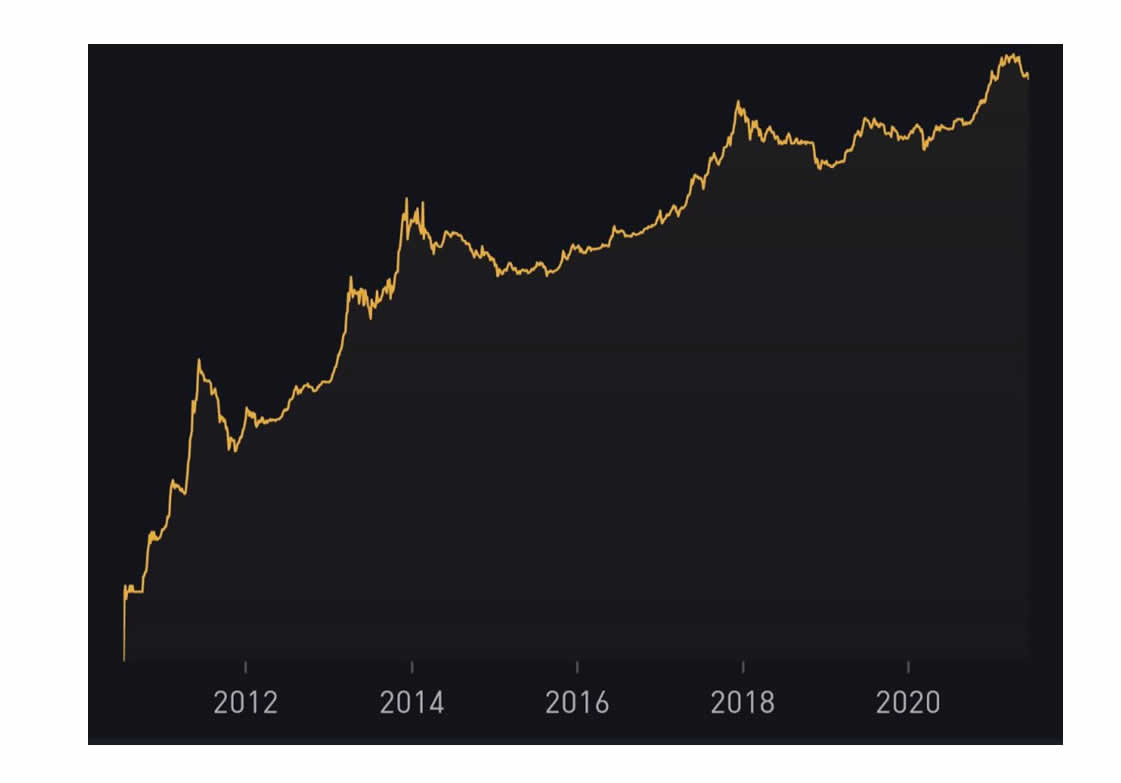 Buying dips along the way, which Neutral ATM talks about a lot, keeps the dollar cost average lower.  So if and when Bitcoin dumps, it is still above the dollar cost average of the investor.  Thus, you are always “in the black”.  Sometimes buying a dip has to be spontaneous.  We have dropped everything to do it, in the past.  Sometimes paying higher fees.  Bitcoin ATM’s fill this void.  The biggest users, are frequent traders and those who buy Bitcoin to send overseas.  Those investors cluster their buys around dips in the price.

This next chart, has beige and blue color coding to show major dips and peaks associated with each bull run.  We are in a dip period now (re-accumulation, consolidation): 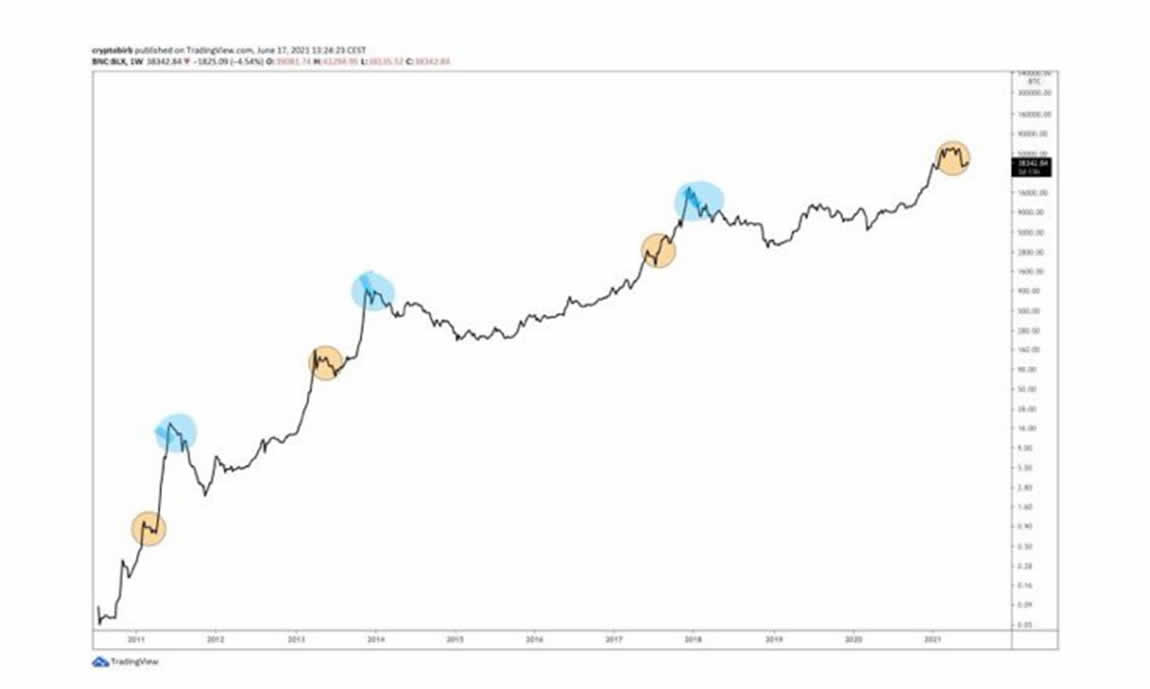 Neutral ATM believes this fall will be absolutely insane!  Green daily candles going up $10K plus for days on end.  This is why we HODL (hold on for dear life) Bitcoin.  The next chart is just a reminder, the stock to flow chart: 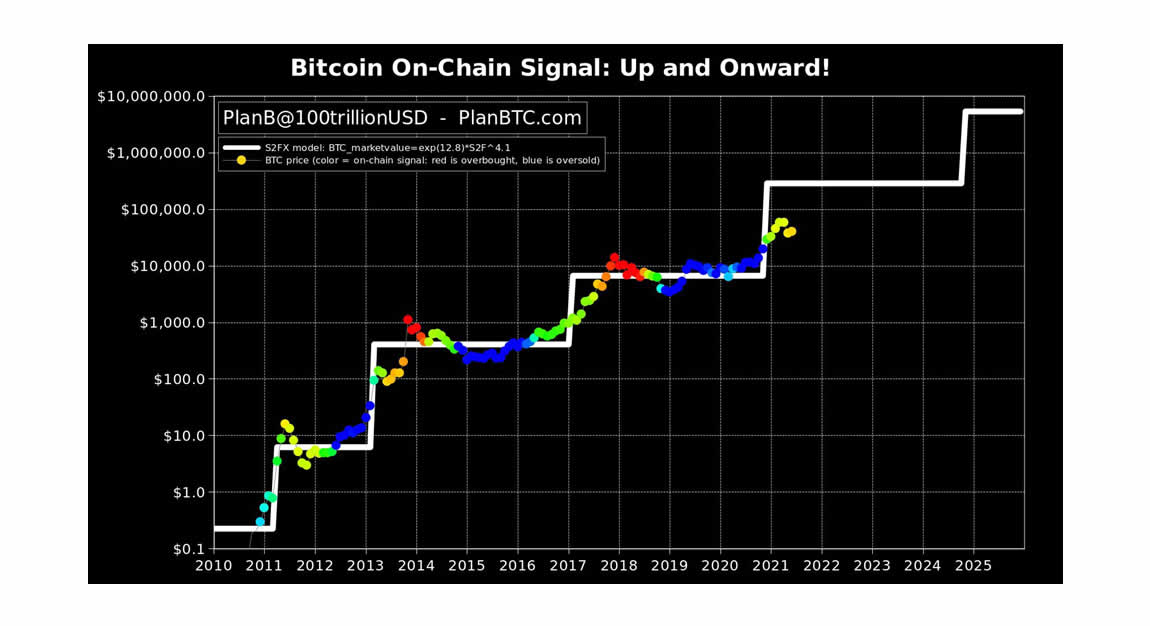 The supply of Bitcoin is cut, the supply shock ensues, demand catches up over time, price lags behind the demand.  Looking at this chart, the 2021 bull run really looks like the 2013 bull run.  If and when, the red dots are printed on this chart, Bitcoin price will rise above the white line, which is over $200K.  It will happen very fast.  Thus, the term rocket is bantered about.  Holding on for dear life, accepting the volatility is part of it.  Now, even nationstates like EL Salvador are accepting Bitcoin as their monetary system.  Here is President Bukele discussing why he took the risk of using Bitcoin as his monetary system, as a legal tender!  Mexico and Paraguay are attempting to do the same thing now.  Adoption of Bitcoin has transcended institutional investors, hedge funds, nationstates, at some point entire pension funds will get involved.  That has already happened on small scales (City of Miami, FL).  Here is President Bukele of El Salvador on Bitcoin, click here to view on twitter.

Accept the volatility, take the risk for the sake of your freedom.  Inflation is obvious now, and it is NOT going away.  Home prices rose 23.6% over the last year in the US on average.  Younger generations are losing the dream of home ownership if they don’t adopt the Bitcoin standard!  This state of affairs is becoming serious now!  Adopt Bitcoin before everything is too expensive!