What Is Bitcoin About To Do?

Look at the stock to flow model below.  Compare the 2013 double top bull run dots to where we are in 2021.  In the next dot or two, if this bull run is ANYTHING like the previous bull runs, Bitcoin should be trending up!  Bitcoin has been rhythmic since the beginning, 2009.  The similarities to the 2013 bull run are too strong to ignore.  It has been ~ 165 days since the last ATH.  In 2013 it took 197 days for Bitcoin to reach the ATH level again.  Based on the above mentioned rhythm, Bitcoin may hit $64K range in late October, early November.  Look at the stock to flow chart again.  The supply shock forces Bitcoin to rise above the white line in every bull run!  The shortage in coins available is getting too strong.  Bitcoin will have to break up at some point and get more expensive per coin.  The laws of supply demand are too strong: 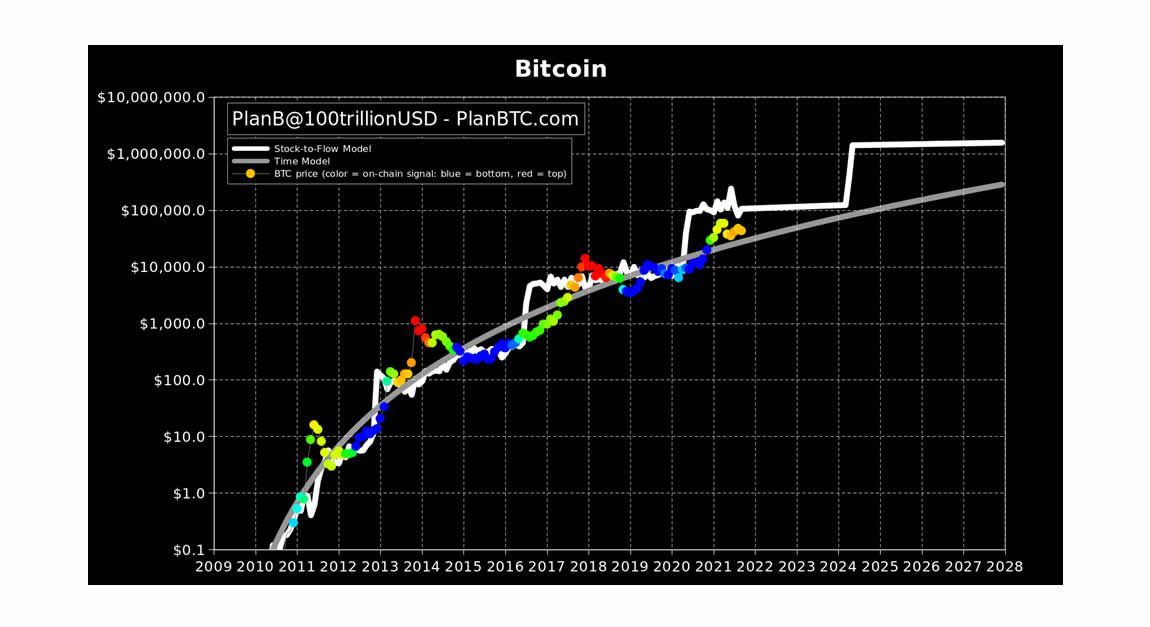 Benjamin Cowen is another good technical analyst who thinks Bitcoin will hold the 20EMA, blue line in the below chart:

If China Evergrande ruins the party, like Corona Virus did in 3/2020, Bitcoin could drop close to $30K again.  Worst case, we sure hope not, $20K.  It would bounce somewhere in that range and continue the bull run from there.  It’s actually 50/50.  Either scenario could play out.  The key is stay positive, look at the big picture, be patient!  It’s not what Bitcoin does right when bad news about China Evergrande breaks, it will likely follow the S&P500 down!  It’s what it does AFTER that, that really matters!  This next few days or weeks will test the resolve of HODLers.  Remember, HODL is “hang on for dear life”.  The concept is simple and we must know, we have only recorded a loss when we sell.  Regardless of what Treasury Secretary Yellen said about taxing unrealized gains.  That won’t happen!  HOLD THE LINE!

The above chart is a more optimistic view of Bitcoin.  Again, it’s 50/50 right now.  Either way, we’re ready!

The real reason we must take a high road view of the economy is well illustrated below: 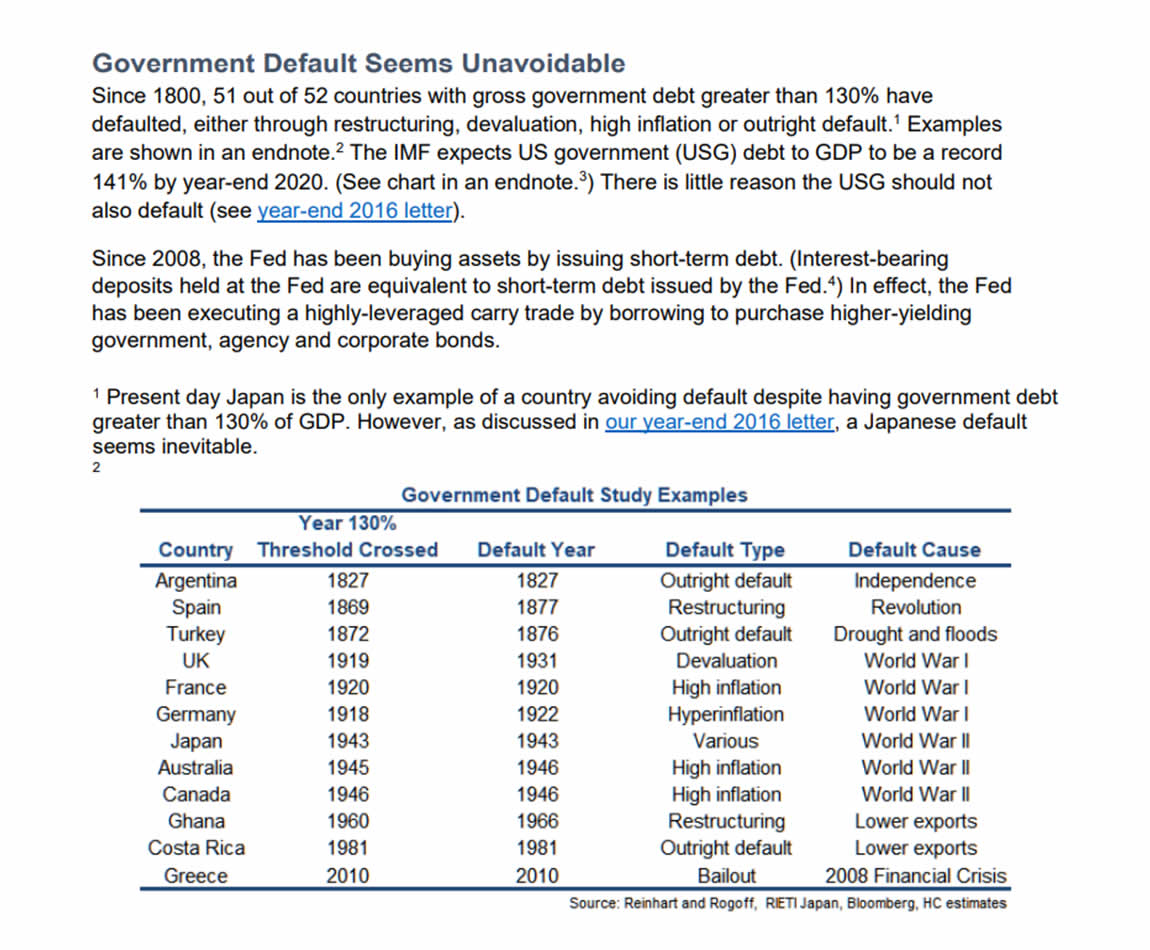 Every country that has had over a 130% Debt to GDP ratio for an extended period has had their economy collapse or it’s led to war.  Stagflation is a way to kick the can down the road (Japan).  US appears to be trying to go that route at this point.  Adding the kind of stimulus and spending which the “infrastructure” bill proposes would send Debt to GDP over 130% for a long time.  It would raise the debt ceiling, and keep the Government going while speeding up monetary devaluation in the US.  Controlled destruction of the economy!

Here is a chart of the DXY index.  It measures the US Dollar strength.  It is about to break to the upside: 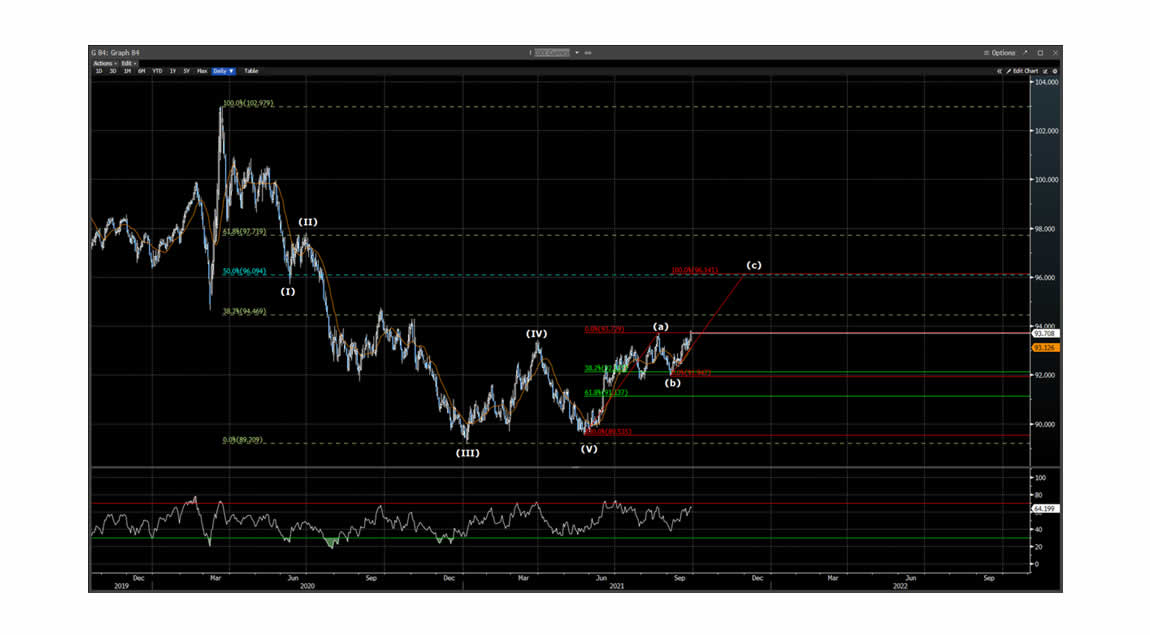 This would hurt other countries economies, (ie. China, Japan, Taiwan, Russia).  It would be worse on third world countries (Venezuala, Mexico, Paraguay, Panama).  All of whome have considered making Bitcoin legal tender.  Mexico may be the hold out.  However, if the DXY breaks up to 97 – 99 range.  Then over 100 later on.  That could fuel a race into Bitcoin as well.  Throw in China Evergrande bankruptcy, it would be a flood at some point.  So the real choice is, trust a decentralized, scarce, digital asset that is rhythmic in nature since 2009.  Or trust the Federal Reserve and US Government to make the economy work better:

Robert Kaplan and Eric Rosengran, both Federal Reserve Presidents, have resigned in disgrace after ethics probs questioned them for unethical, shady investment practices.  Rather than answer, they just resigned.

The choice is clear.  Bitcoin is a liferaft, it is a hedge, and it is humanitarian!