This is the seventh major drawdown for Bitcoin which currently stands at -49%.  Take a look at the trough in 2013 in April of that year to the right of the first halving on the chart below: 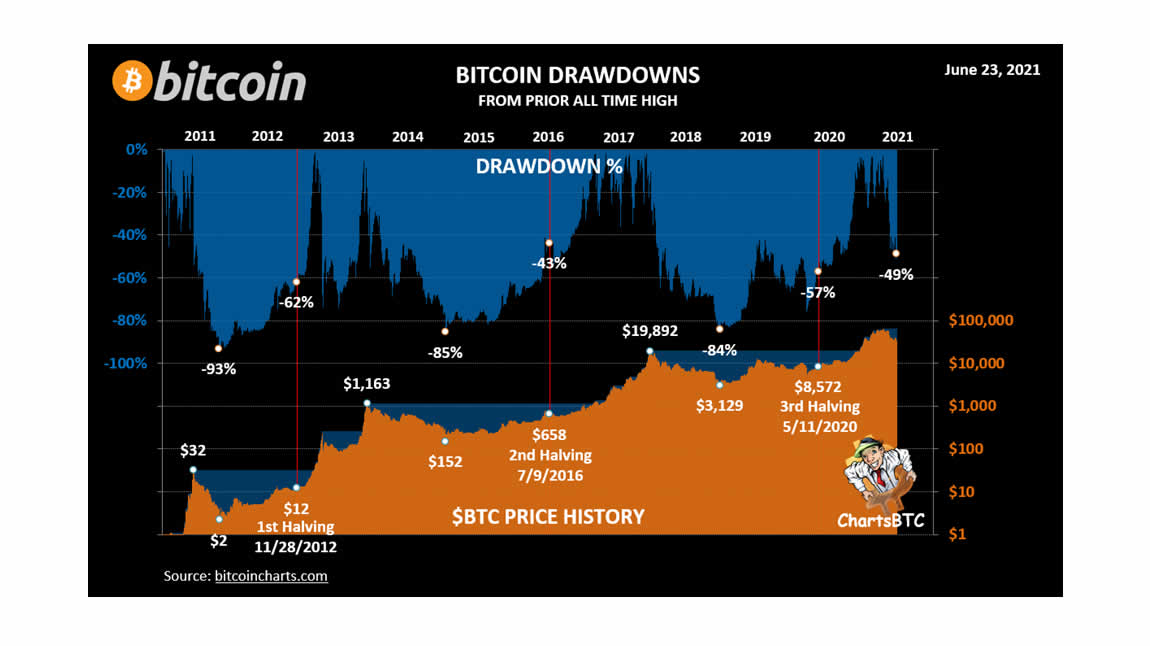 We are going to keep drawing this comparison between the 2013 bull run and the 2021 bull run until it is no longer validated anymore.  We see the similarities.  Here is the stock to flow chart showing each time it dropped to the bottom of the channel.  This does not go back to 2013 but we know price action that April dropped to the bottom of the S2F model channel, at the time.  Yet, in that bull run there was a massive recovery and a double top.  When the Chinese miners get back on line, stop their capitulation, and the hash rate recovers from the drop it is experiencing now, we expect a recovery.  Could be July, could be August or September.  These Chinese miners are moving, not closing down permanently.  Here is the Stock to flow since 2016, showing it droping out of the bottom of the channel: 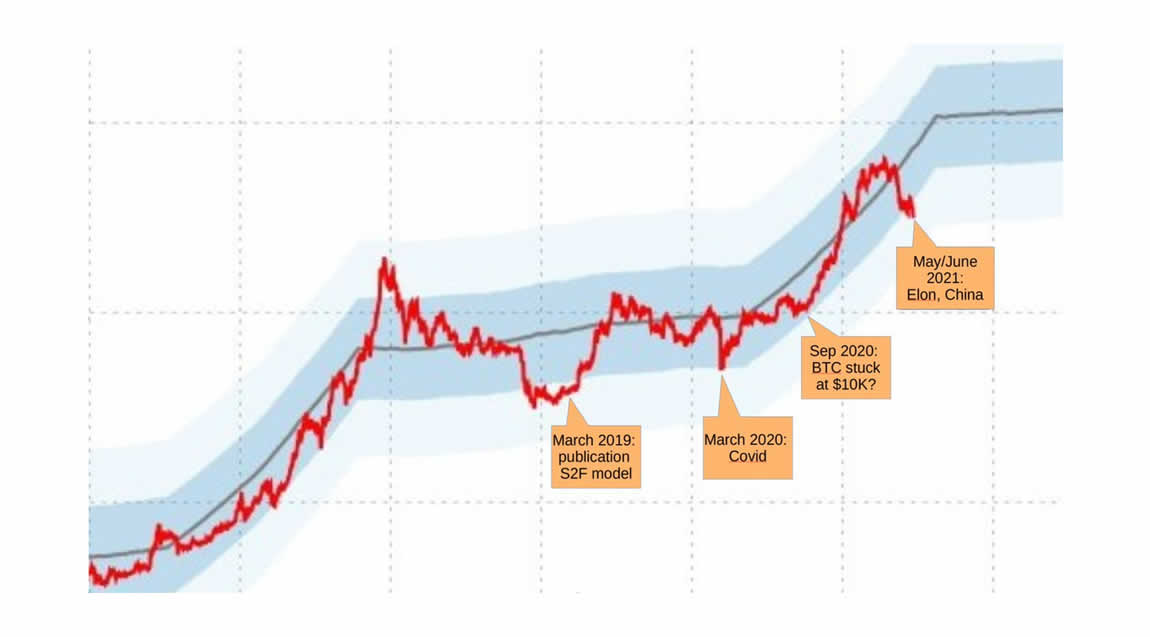 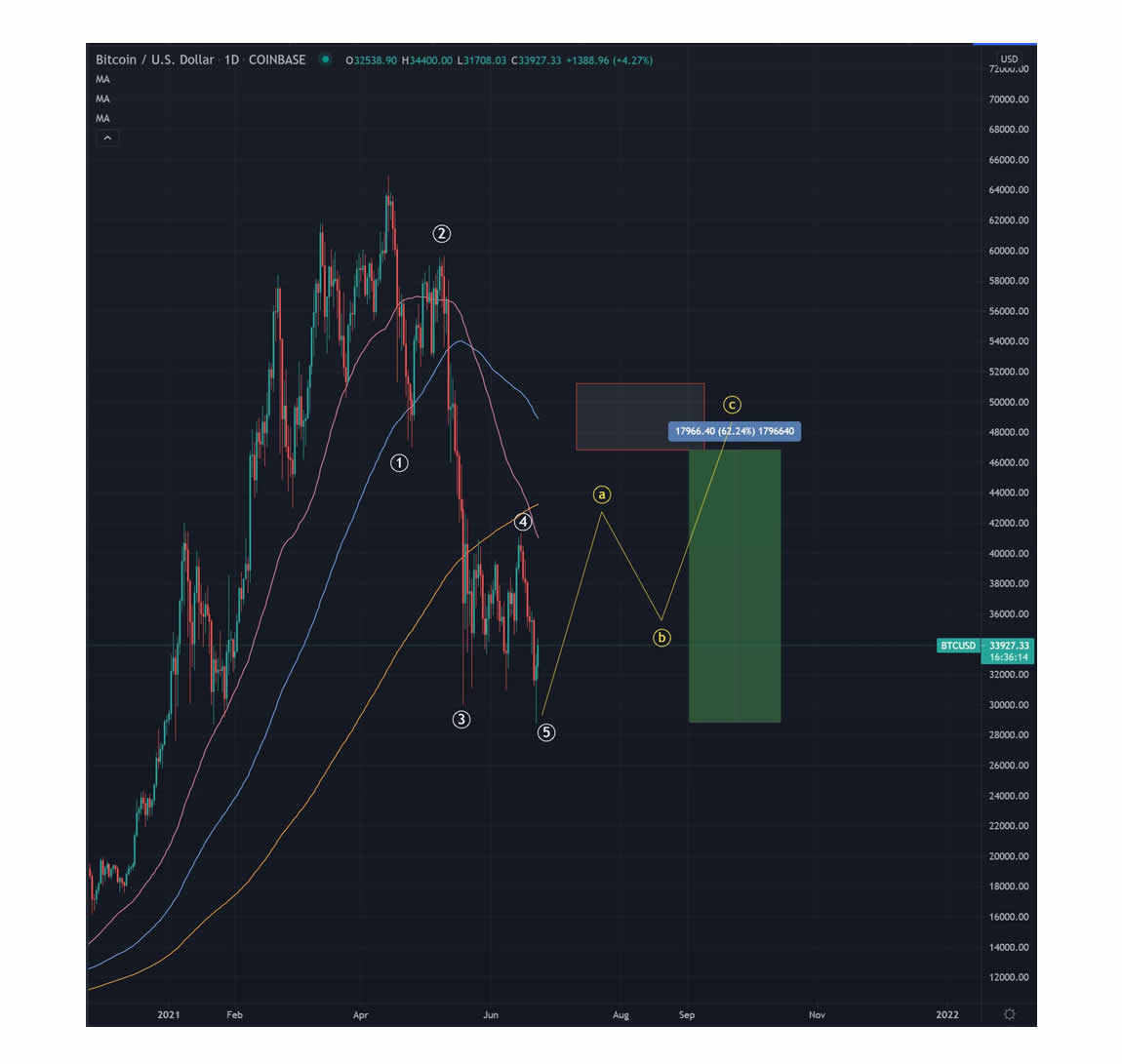 Another way institutions have kept the Bitcoin price down has been to short it.  This is risky, Neutral ATM has never and will never do that.  However, hedge funds and institutional investors like JP Morgan, Fidelity, Prudential, and ARK Invest have shorted Bitcoin most likely to keep the price down for accumulation.  The Elon Musk tweet a month ago or so, was for that reason in terms of the agenda.  We don’t like the shorting and manipulation.  However, every stock on the NYSE deals with that.  Bitcoin is mainstream now, it is unavoidable!  This plays into the hands of a HODLer.  Buy every dip, do the research, and hold Bitcoin long term.  In 10 to 20 years, a HODLer will have outperformed all hedge funds and growth funds.  These institutions have found out about Bitcoin recently.  Largely due to the corona virus pandemic and it’s effects.  The cat is out of the bag now.  We believe trading Bitcoin will get harder for 95% of traders.  There will be more rug pulls, fake outs, and the like.  Holding on for dear life, HODLing is the safest route to success with Bitcoin.  We don’t advocate shorting it, trading it, leveraging to accumulate it.  Just buy the dips and hold long term.  Below is the chart showing the shorting, and what happens when that ends:

Eventually, the longs win out over the shorts and price action trends way up.  Just as it did after mid march 2020.  So again, zoom out and chill.  Look at what Bitcoin has done over years of time.  It will recover.  Even NYC is going to try to compete with Miami, FL as a Bitcoin friendly City.  At least in terms of this Mayoral candidate, touting Bitcoin and business friendly policies, click here to read on twitter.

The trend is becoming obvious.  Communist countries don’t like Bitcoin because of the freedom it gives to users and investers.  Free countries and democracies need it.  By the end of 2021, we believe several more countries will have joined El Salvador in adopting the Bitcoin standard.  The Wyckoff distribution pattern Bitcoin is stuck in now, will be a thing of the past, and price action will be exponentially higher!  Adopt the Bitcoin standard, increase your future buying power and your freedom.  Embrace capitulation and drawdowns, embrace the volatility.  The decentralization and freedom is worth it!