Tesla As It Relates To Bitcoin, For Now

“I don’t think there has been any greater engine of inequality than the Federal Reserve Bank of the United States the last 11 years.” - Stanley Druckenmiller

Tesla tweets last week will be a tiny blip on the Bitcoin chart in the future.  Hopefully, no Neutral ATM customers sold their Bitcoin.  We keep noticing more people mentioning the cost of Bitcoin.  Remember to stack Sats.  Sats are Satoshis and they are 1/100 millionth of a Bitcoin.  Neutral ATM sells them $20 at a time.  Even $10 at a time.  So, dollar cost average in.  In a few months, much less a few years into the future.  Last weeks dump won’t matter at all.  Below is a possible explanation for why the tweets even happened in the first place.  Below, is a chart of Tesla stock price action: 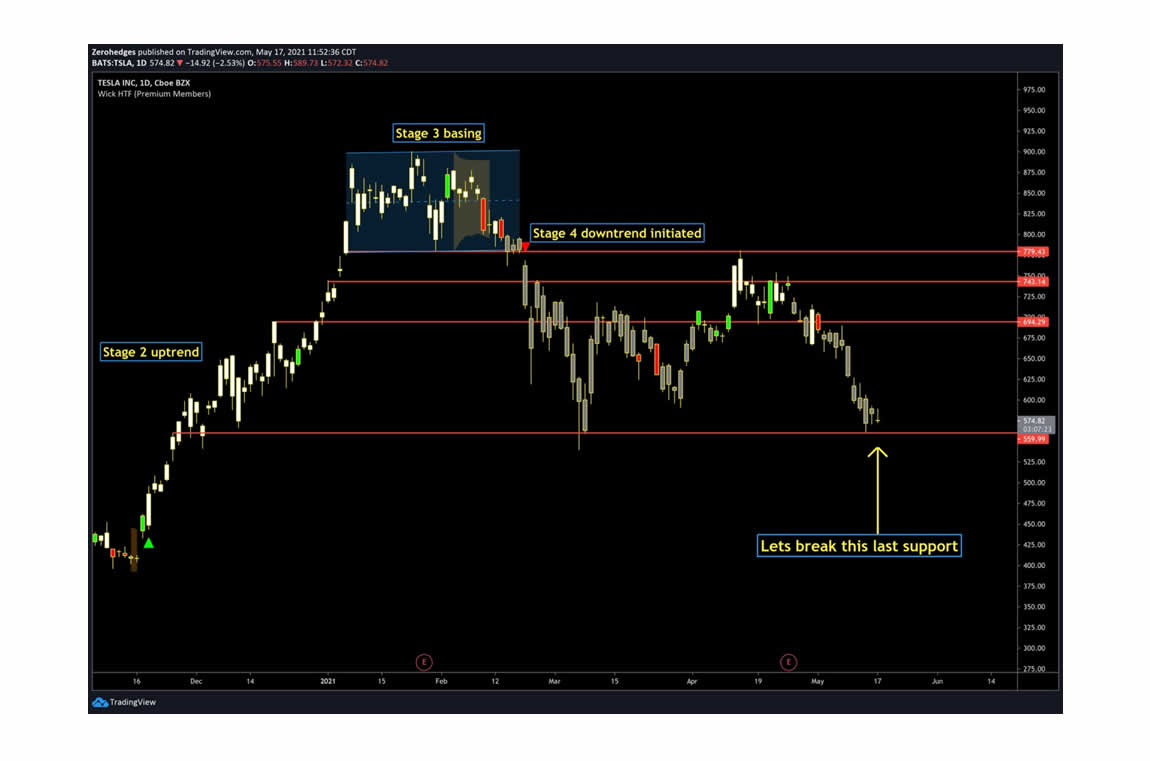 Elon Musk knew all about how Bitcoin was mined using power and ASICS mining equipment, before Tesla bought $1.5 billion worth of Bitcoin.  THEY SOLD NO Bitcoin!  Look at what they do, not what they say or tweet.

Meanwhile, below is a chart on the Fed balance sheet.  Now up to $7.83 trillion, most of that growth in the last 14 months!  See the chart below: 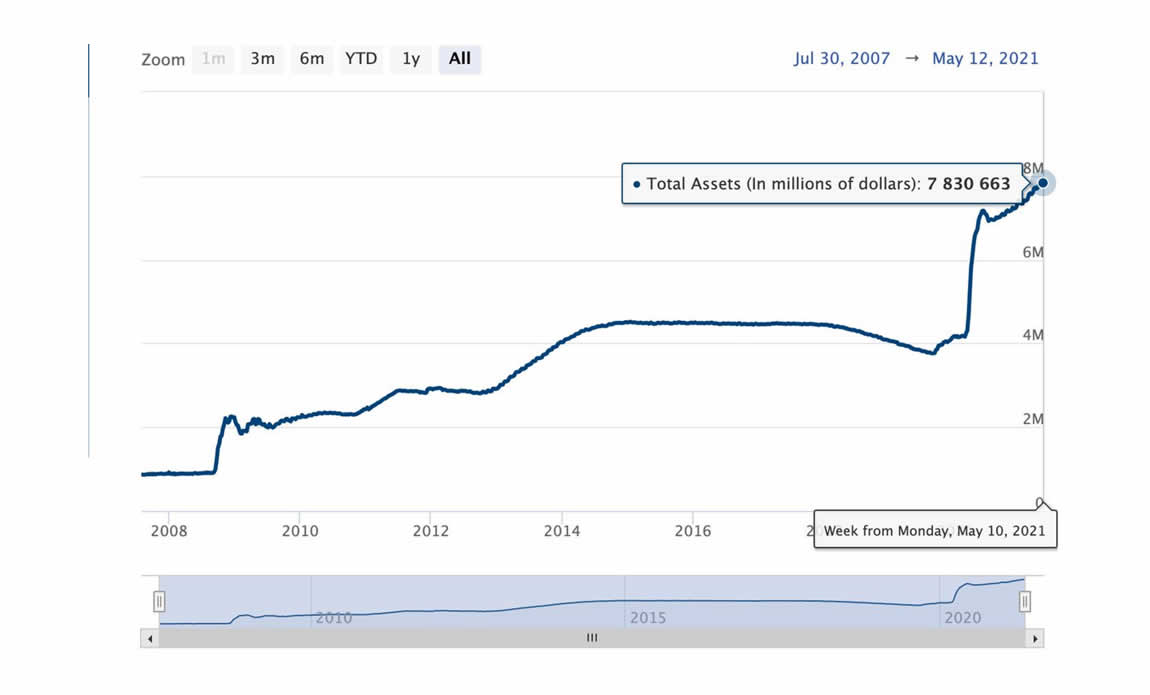 Is quantitative easing going to end in 2021?  Of course not.  The Fed has to keep up quantitative easing and the stimulus packages will keep coming out and eventually approved.  The reason is, the Fed has no other way to control yield curves in this inflationary environment.  They cannot let the 30 year treasury bonds climb over 3%, 4%, 5%.  That would tank the stock market and the real estate market.  Therefore, the Fed must print to hold down interest rates and subsequently hide real inflation.

Bitcoin is the hedge against this inflation.  Despite altcoins doing so well right now.  It is Bitcoin that is truly decentralized and provably scarce.  Altcoins pull demand away from Bitcoin, but only for a short window.  That window will close.  When it does, Bitcoin will go back on a run.  Just like the previous bull runs in the chart below.  Bitcoin has a long way to go, it has not come close to peaking in this bull run.  The top is likely well into six figures in 2021.  Notice below the trajectory of this bull run is still well above the 2017 bull run:

Supply is depicted in this next chart below, as short term supply as the orange line, long term supply the blue line.  Long term holders are growing in number.  They are not selling this dip.  Short term holders are likely altcoin investors increasing their altcoin portfolios right now.  However, tax implications of churning crypto currencies is not good.  Neutral ATM believes buying and holding Bitcoin is the best strategy, long term.  This chart shows, many feel the same way.  Recall there are now 46 million Americans holding Bitcoin now.  See the chart below: 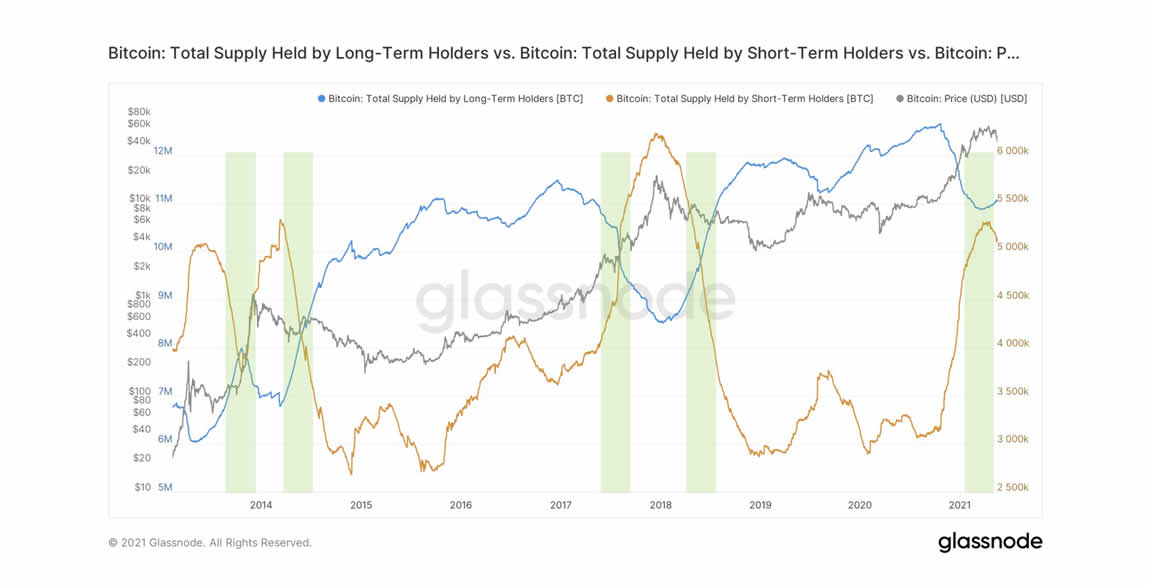 The next chart shows that although Bitcoin accumulation has hit a plateau, from where it was.  It has in the past done this, then continued accumulating as the price action trended up.  Balance of Bitcoin on exchanges may likely start trending back down as prices grow in the near future.  Yet today, we are in a plateau: 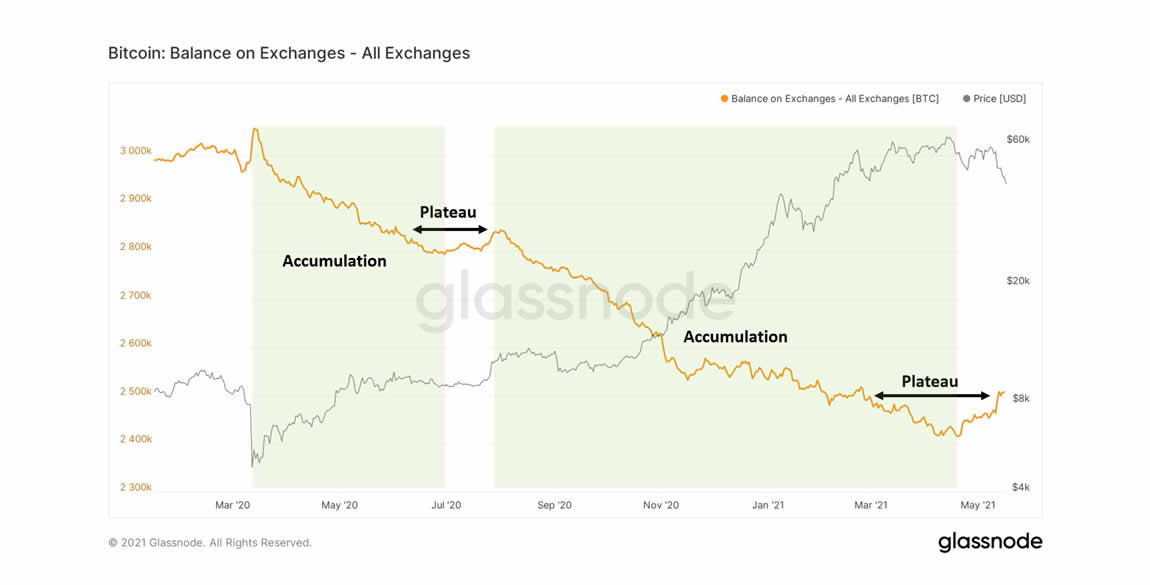 Bitcoin needs to bounce off of this channel bottom it is trending in now.  If and when it does that, Bitcoin will do very well.  See the chart below: 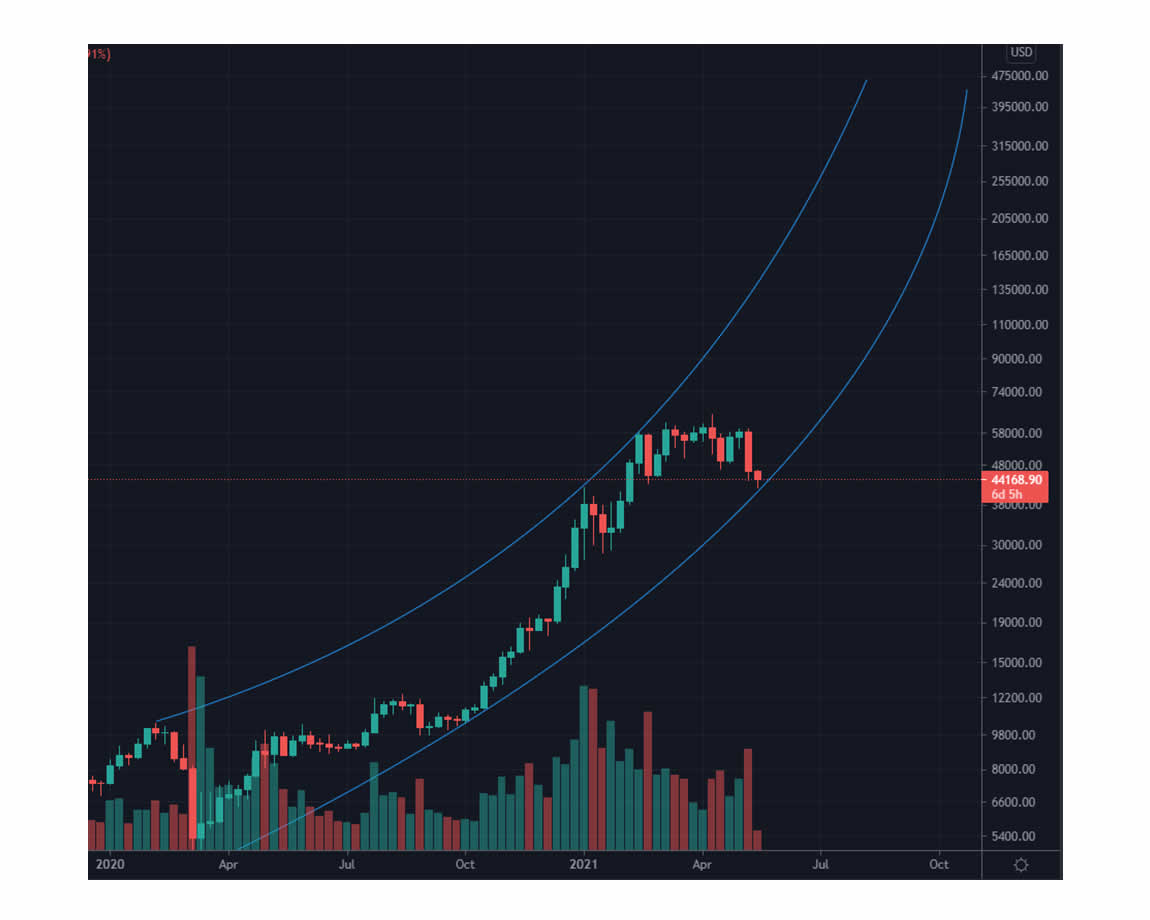 The greatest predictor of future Bitcoin prices has been and will likely continue to be the stock to flow model.  In no way does Bitcion show that this is a top.  It has dipped lately, but has a long way to go.  This accumulation could last a good bit longer than previously thought.  Bitcoiners have to stay patient and buy these dips.  It will be a fun ride up later on, once Bitcoin clears this re-accumulation chop it is in.  It still resembles the 2013 bull run moreso than the 2017 bull run.  So, if that turns out to be true the next leg up will be massive.  But it may be a prolonged re-acumulation.  The supply shock has not affected demand yet.  When it does, many exchanges will be out of Bitcoin.  Then the price will skyrocket.  Once it goes, it will go fast.  Be ready: 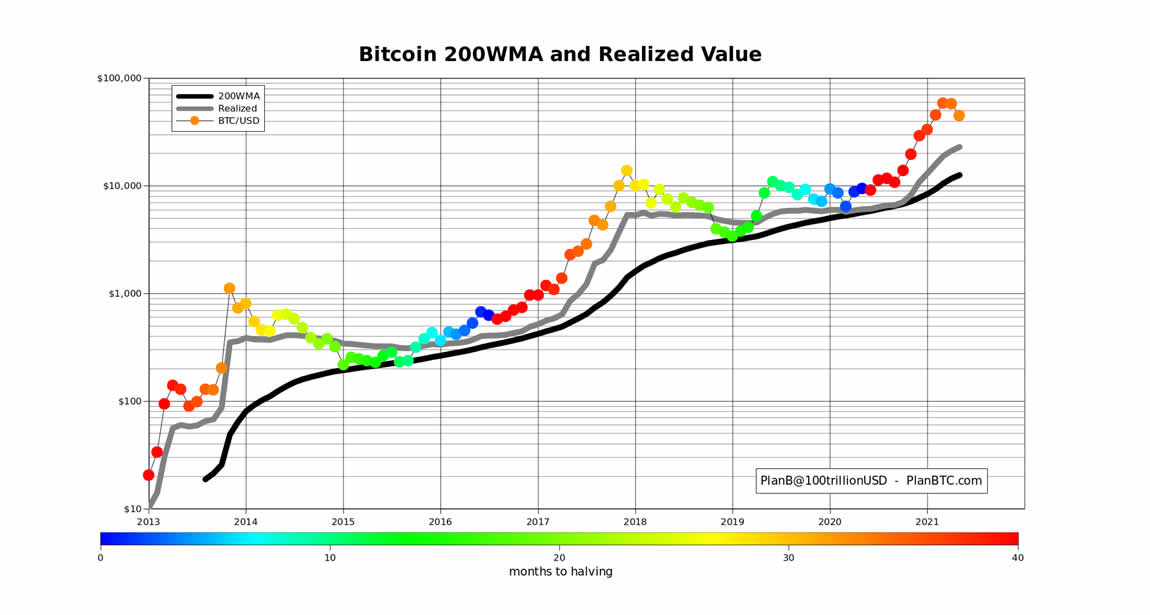 Nothing has changed.  Fundementals are fundementals.  Bitcoin will ride high again.  Be patient and buy these dips we are experiencing now.