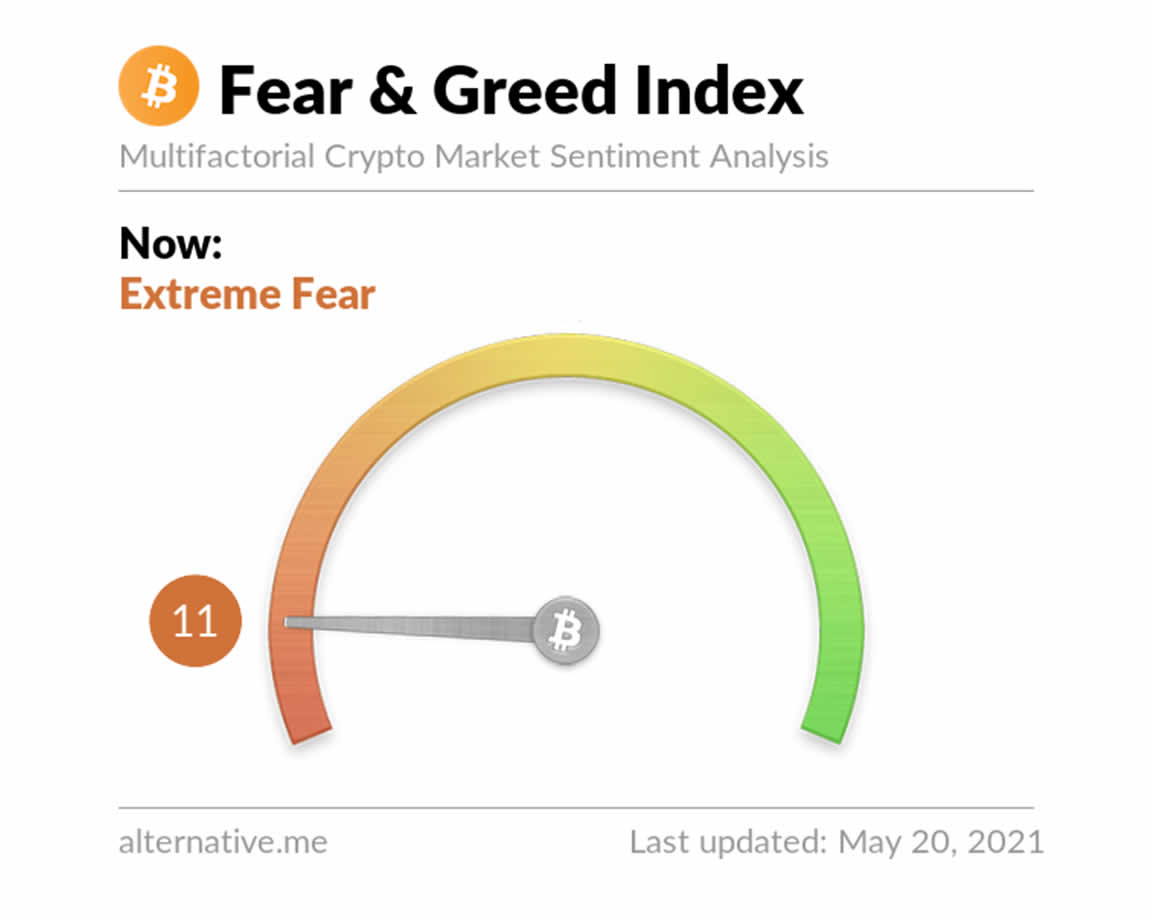 This is the lowest fear and greed index since March of 2020.  That is insane.  Neutral ATM bought heavy at the bottom of the Corona Virus dump (see below slide about corrections), and we saw a 1,000% move up when Bitcoin peaked to $64,829 in mid April.  We expect something similar again: 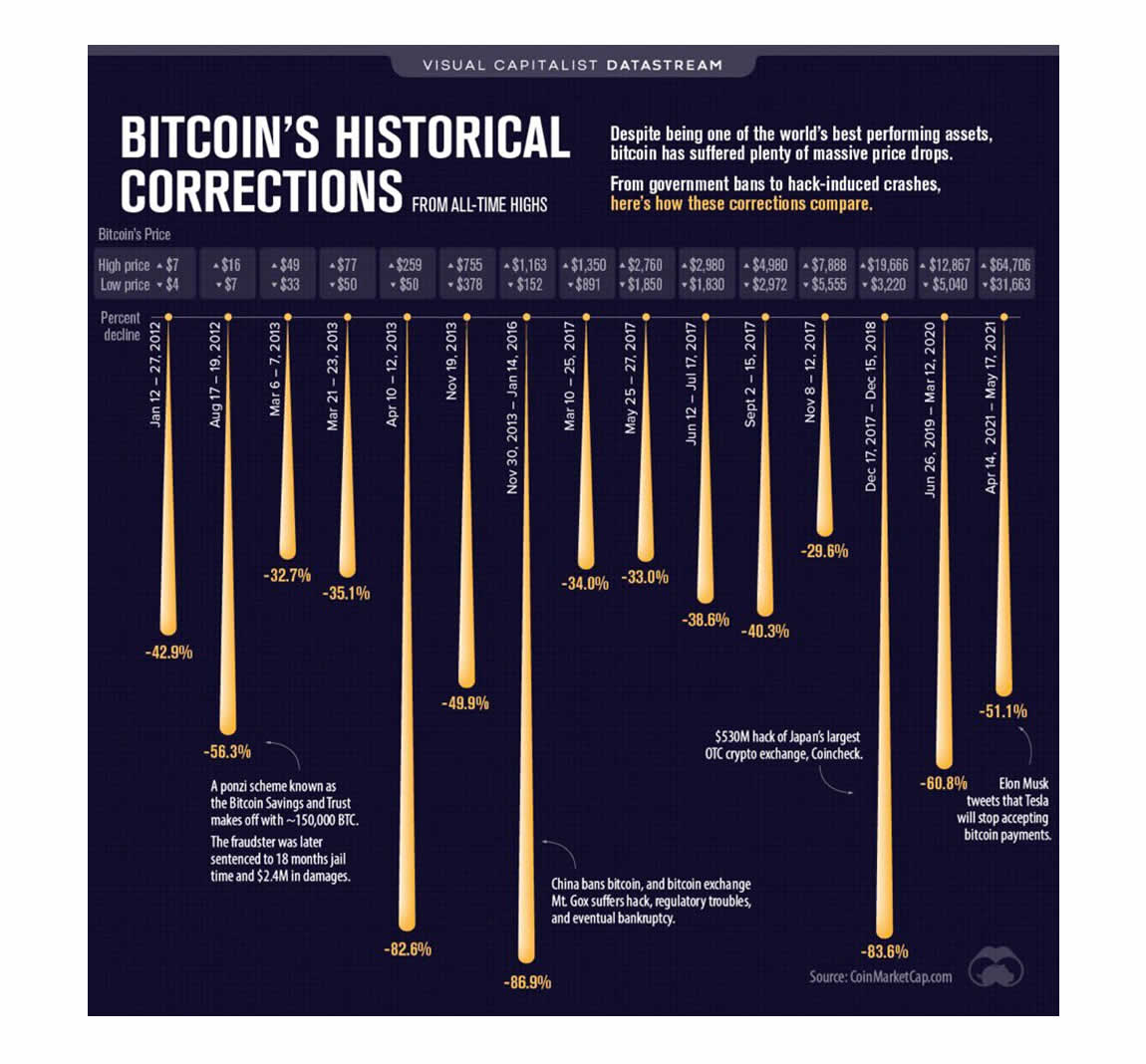 Below is a chart showing the pattern Bitcoin is in since the Corona Virus dump last March.  This dump cleared out the over leveraged longs.  Neutral ATM never takes any leveraged positions.  Never!  Plus we never sell into a dump.  Never.  Bitcoin can be trusted.  Bitcoin will likely blow way beyond the top blue line in this chart, in 2021: 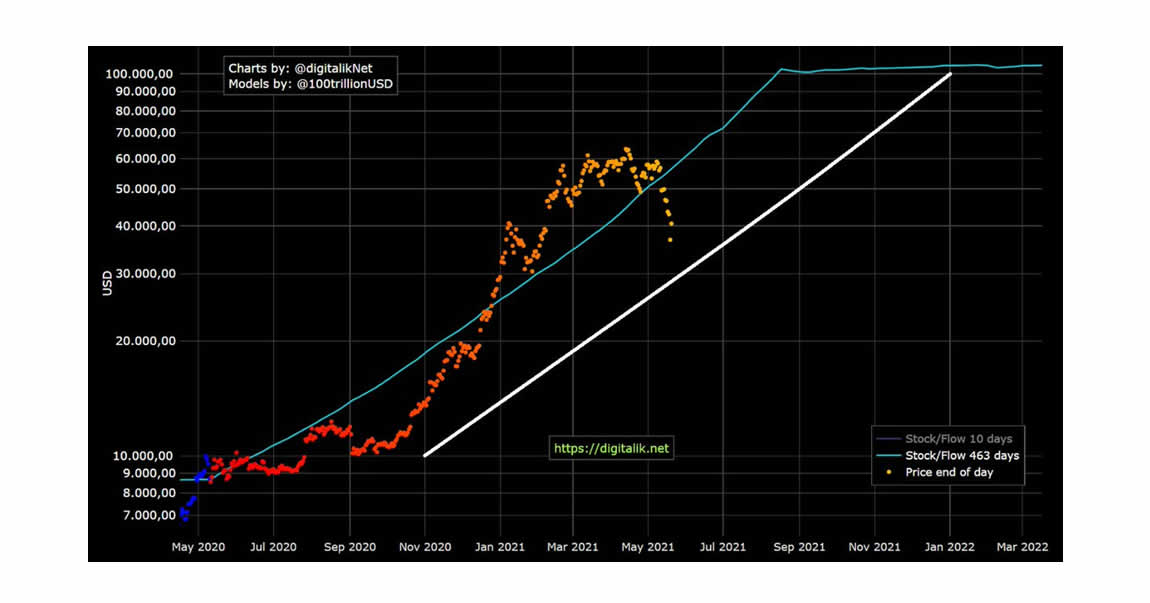 The next chart shows the 2017 bull market and where we are in the cycle, compared to that bull market.  Bitcoin could 10X from yesterday’s bottom.  It could break $300K!  These cycles don’t repeat but they do ryme.  Below see a point in the 2017 cycle, when leveraged longs were liquidated.  This means investors borrowing 10X, even 100X, to long trade on Bitcoin.  When the price drops in hours, 30% or more.  These long positions get liquidated.  They are a forced sale of Bitcoin.  It clears out the leverage and allows Bitcoin to grow again.  This is how Bitcoin grew 1,000% from it’s last major crash of the 2017 bull run to the peak.  It is primed to happen again in this cycle.  Yet now, in the 2021 bull run the trajectory is more for a double top.  Here is the chart below: 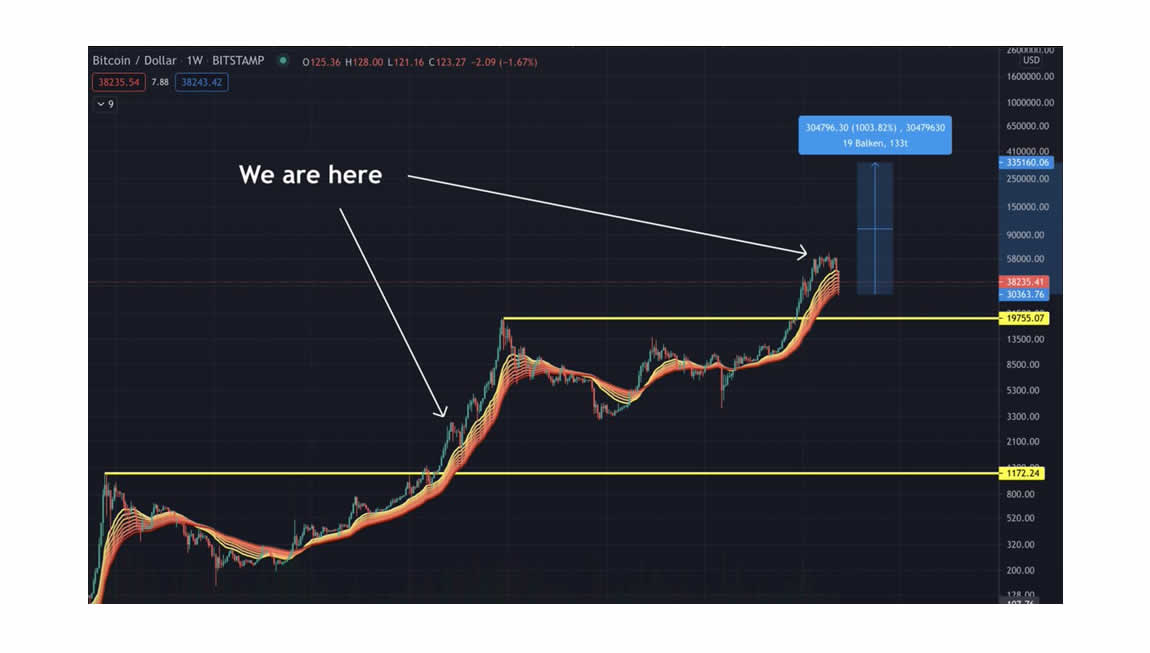 If the double top scenario did play out, Bitcoin could get well beyond $300K.  Our prediction is still $160K to $220K. For the double top scenario to become a reality ryming more with the 2013 bull run.  The sideways price action would have to get back to that $50K to $60K level, and trade in that range for a few more months.  It could be July or August before a major Bitcoin breakout.  However, another re-accumulation before the next leg up, would ensure that leg up would be massive.  Like in 2013.  The cycles ryme, remember that!  Neutral ATM is buying up as much Bitcoin now as we can while prices are in the low $40K’s, and very high $30K’s.  This opportunity may be once in a lifetime for a long term hold of Bitcoin.   The 1Yr HODL Wave chart below shows long term HODLers are not selling their Bitcoin.  Some profit taking occurred around the $64K high last month, but the HODL Wave (1 Year hold +) has not bottomed out at all.  This signals a market top for this cycle.  The cycle has a long way to go.  Hold Bitcoin, sell Altcoins to buy more Bitcoin soon, while BTC prices are this low.  See the chart below: 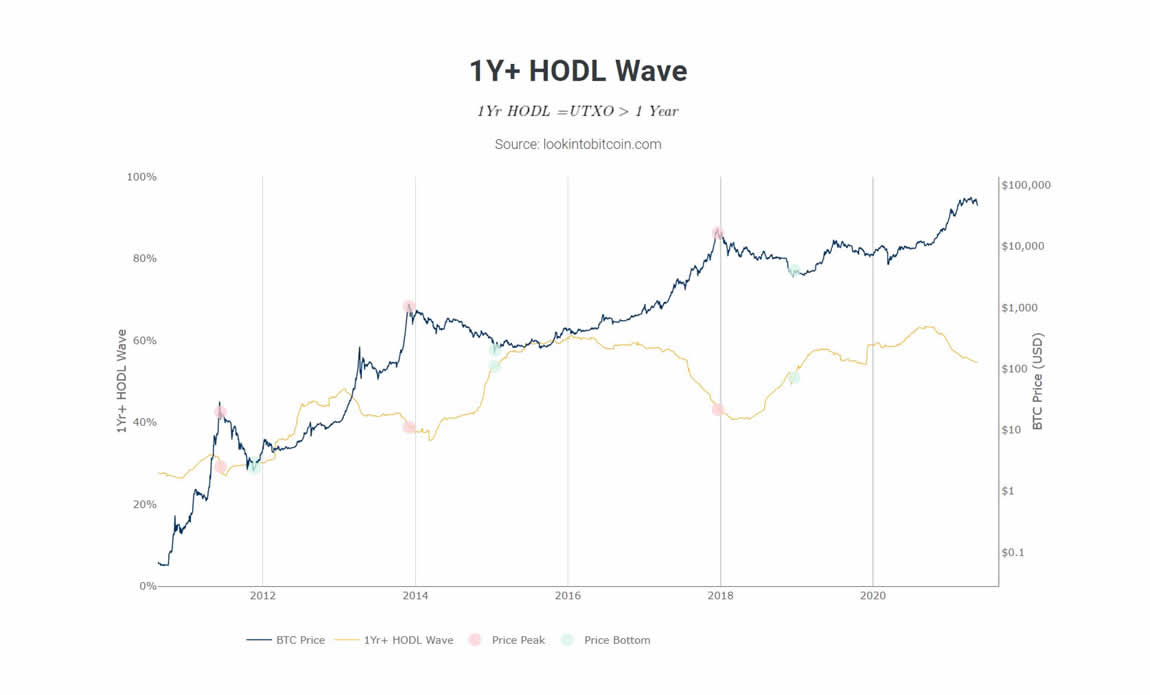 Neutral ATM cannot stress enough how valuable this time right now is, in terms of a price buy zone for Bitcoin.  See the charts below as a comparison to previous times when an asset was this good of a buy: 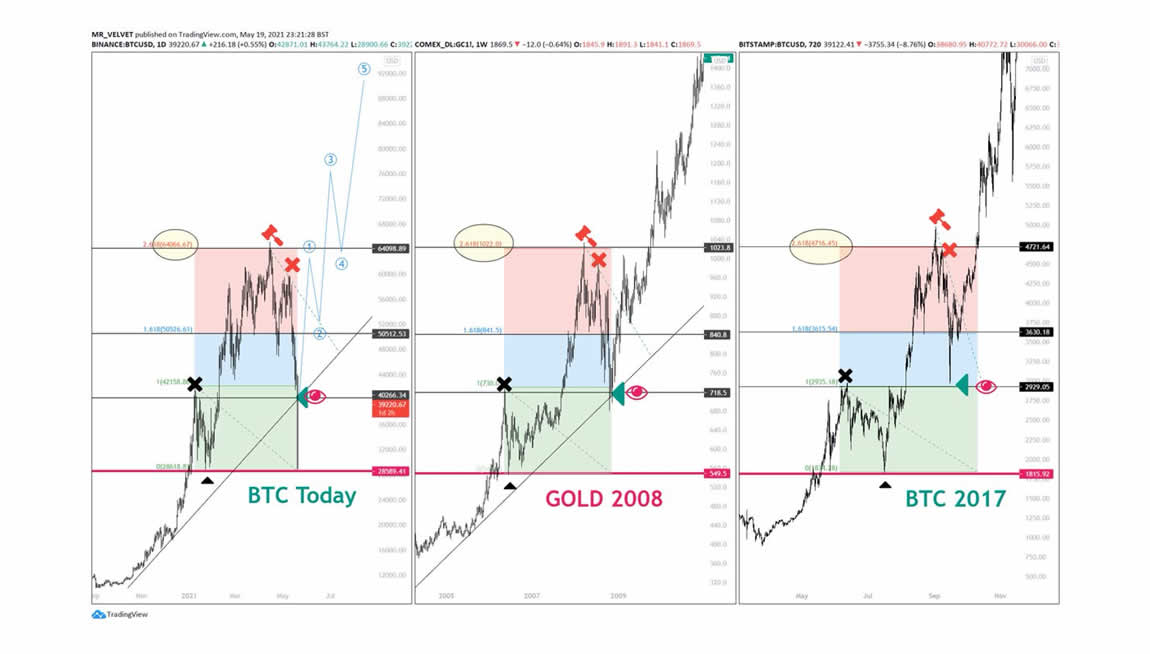 From the $30K low point Bitcoin hit yesterday.  Will it grow 500%, 1,000%, 1,500% or more?  We don’t know.  It is too soon to tell.  We do know that NOW is the time to buy Bitcoin.  We bought more today!  When there is blood in the water, fear in the streets.  THAT is when it is in the buy zone.  That time is now, right now!  Fiat currency debasement has NO end in site.  Don’t use leverage, but buy the Bitcoin for long term storage offline.  We use Trezor.  www.trezor.io.  Holding Bitcoin without leverage offline, on a Trezor wallet.  That will keep you sane.