If a Stock Market Crash is inevitable, Crash with Bitcoin

return to the blog
Bitcoin has always been at it’s best during a black swan, dark time.  It is the world’s greatest hedge, and the greatest financial invention of all time.  If stocks do crash, then appreciate the next two charts about Bitcoin’s answer: 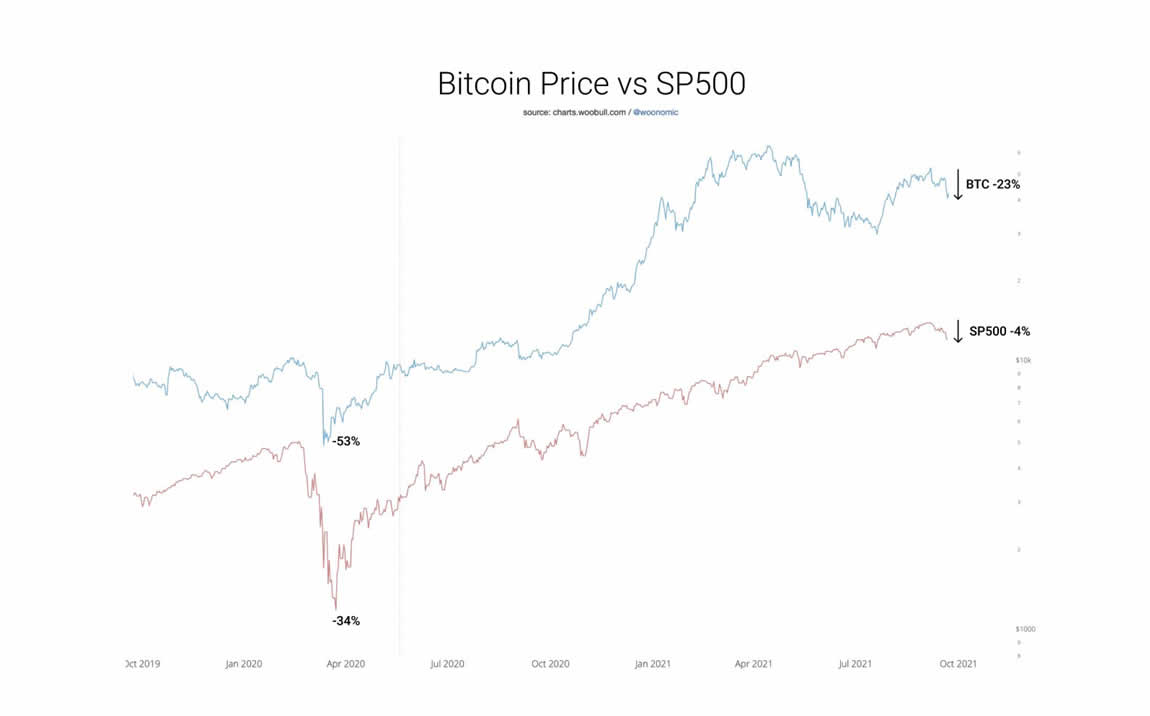 Thanks to Willie Woo for these two charts.  In the first chart, we see Bitcoin falls futher and rises much higher and faster after the crash.  It was 10X the recovery of stocks after the covid crash.  Then, the next chart notice scared money left stocks and plowed into Bitcoin.  Even though Bitcoin dropped more, it was much shorter and the recovery was almost as steep as the drop.  Most importantly once Bitcoin ascended it stayed up there.    Scared money flocks to Bitcoin.  This next black swan event, China Evergrande, will teach us that again.  Watch!
September is not nicknamed Rektember for nothing!  September and March are the two worst months for ROI in Bitcoin history.  So Rektember history, and China Evergrande, give us two great reasons to believe more blood is in the water ahead, but so is a grand recovery:

Notice the 4th Quarter is always green during the bull market years, 2011, 2013, 2017, and 2021 (obviously it has’nt happened yet).  We already know Bitcoin is rhythmic.  We don’t need to remind you again!
We expect a good 4th quarter.  October may start off rocky.  It would help to get more clarity on what is going to happen with China Evergrande.
The debt ceiling may very well be raised by next week.  That appears likely.  See this chart to show how we know that.  The yellow line are US Debt Limits.  They follow total debt all the way up since 1971!  The year the US went off the Gold standard: 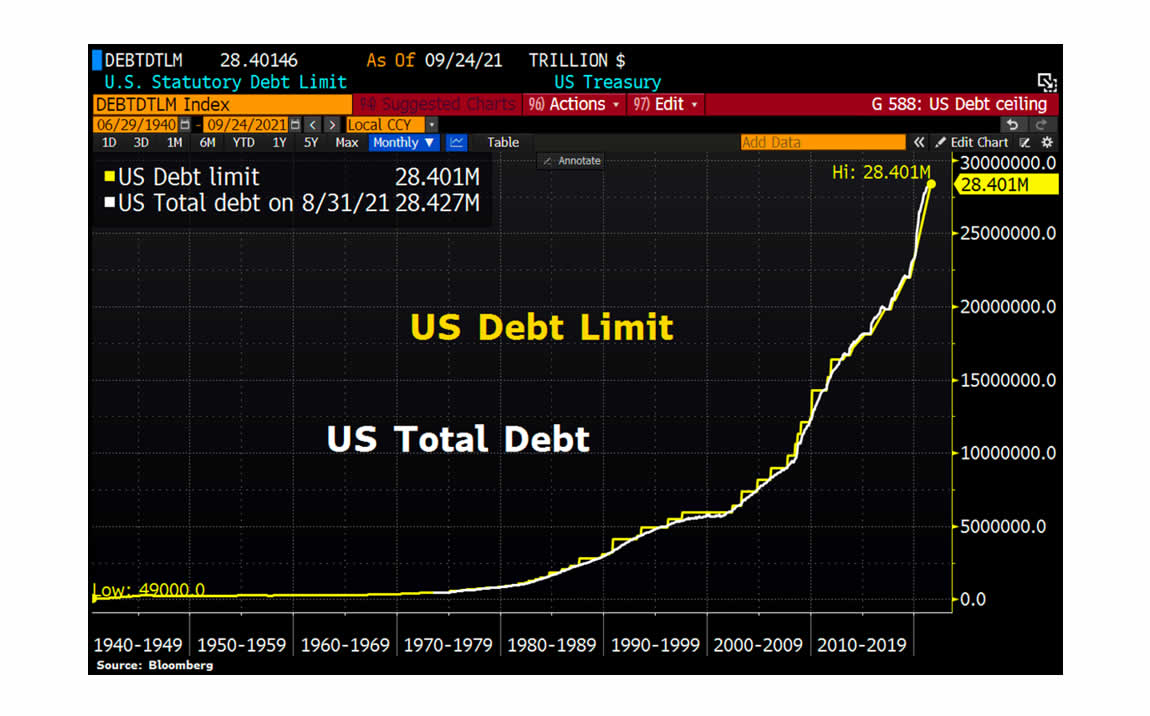 So, if the “infrastructure” bill does pass, expect it to be much smaller than $3.5trillion.  Yet, whatever IS passed, it’s not going to drop the US debt.  Therefore, additional inflation AND a possible, although projected in the future, deflationary crash are in front of us.  Perhaps, that is why so many future long positions are coming up in Bitcoin.  See this chart below: 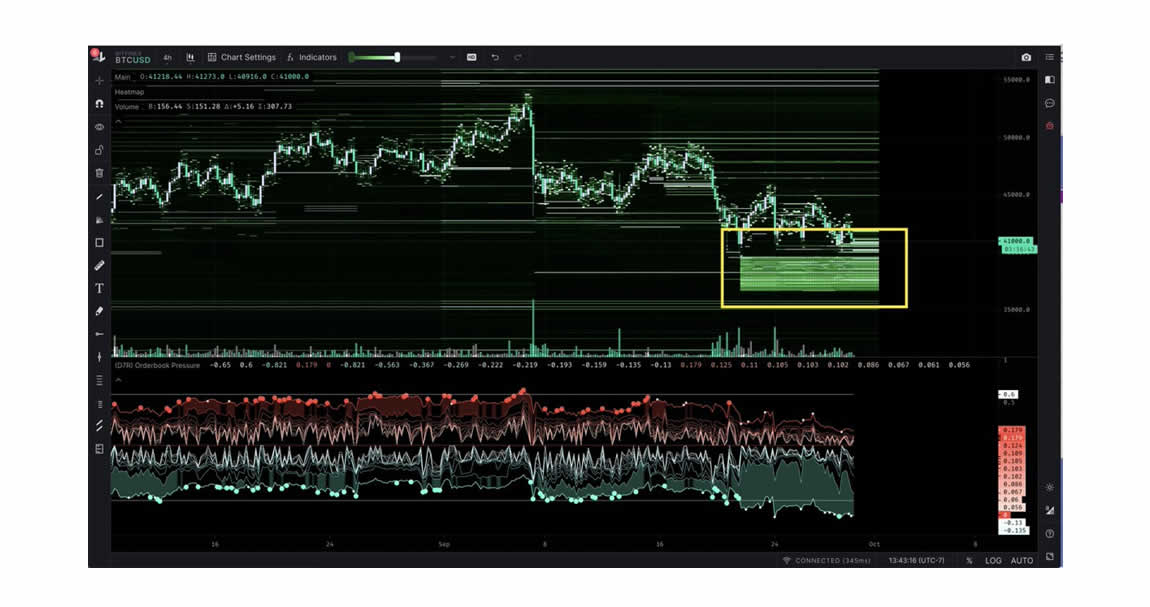 The more volume (bottom part of chart), these longs receive, the more of a bottom Bitcoin is forming.  It appears $40K, in terms of future bottom levels, is being solidified.  Once that process completes.  Or, China Evergrande finally collapses.  Bitcoin will be able to rise.
Unfortunately, we have to take the lightening and thunder, to get the spring garden so to speak.  Bitcoin is in a descending triangle which is bearish.  If China Evergrande kicks off this stock market crash, Bitcoin could and would most likely follow.  This chart below is short term, $38K:

What if the stock market dumps 60% in a week or two?  If Bitcoin hit $38K then bounced to over $40K again.  It could dump to $30K, or lower?  If we use the Covid dump from March 2020 as a guide, Bitcoin could dump 50% to $21K, theoretically.  But really, will that happen?  Still, even in this worst case scenario!  Don’t you dare sell any Bitcoin!  Hold the line!  This is your freedom for the future!  If that happens, buy the dip!  We are still in a bull market.  October won’t be over, if there is a stock market crash.  There is still November and December to pump.
Now, we actually think China will lessen the blow, mostly for Chinese investors, not foreign investors.  The US is still blowing up an unsustainable bubble!  We see a financial contagion from China Evergrande.  It could be less than Lehman Brothers 2008.  Due to how China will react to it.  See this article about the Chinese economic reakoning, underway since around 2006, click here to read article.
The reality is nobody really knows how China Evergrande will impact the US economy.  What we do know, is that Bitcoin is the greatest asset on Earth to be in, in order to ride out this storm.
We agree with Mayor Jayson Stewart:
“Bitcoin is fundamentally American.  Our government is built on freedom and personal liberty, and rights, and self-sovereignty, and all of the things Bitcoin really is”.
Jayson Stewart | Mayor of Cool Valley, MO
He is promoting putting $1K of Bitcoin in every wallet in the City.  To promote Bitcoin adoption in Cool Valley, MO.
Thus proving Bitcoin is humanitarian, at least in this Mayor’s mind it is.  We agree, it improves lives.  It is a revolution for good.  Join us!  Hard money, promoting savings, scarcity that works directly against inflation, secure, can be transported in a pocket sized wallet.
Neutral ATM buys and sells Bitcoin as little as $20 at a time!  You do NOT have to buy an entire Bitcoin.  Neutral ATM is here to get everyone off of zero Bitcoin.
Give Neutral ATM a try.  We have low rates, convenient locations and we are expanding. Contact Neutral ATM, we will answer all your questions about Bitcoin and using our ATM machines. Find a Neutral ATM Bitcoin machine location near you.