Bitcoin Whales, Where Are You?

Bitcoin whales sold the first top of the bull run at $64829.  Yet since April they have been selling out and not being replaced.  Retail traders who own under 1 Bitcoin have led the rally and sustained it.  In the chart below, we see Bitcoin supply held by small Bitcoin holders of less than 1 Bitcoin.  They are fueling the price of Bitcoin, yet they cannot replace the whales who left at $60,000 + and have not come back in yet.  Here is the retail chart: 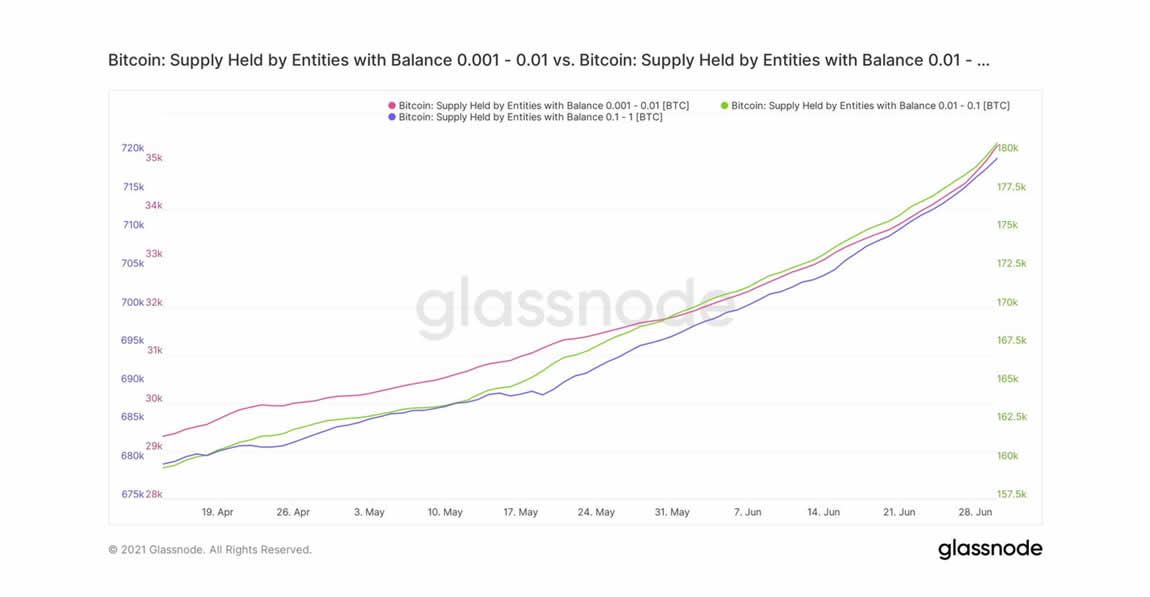 Whales are those that have over 1,000 Bitcoin started selling when Bitcoin broke $60K.  The selling has leveled off but when will they return?  See the whale chart: 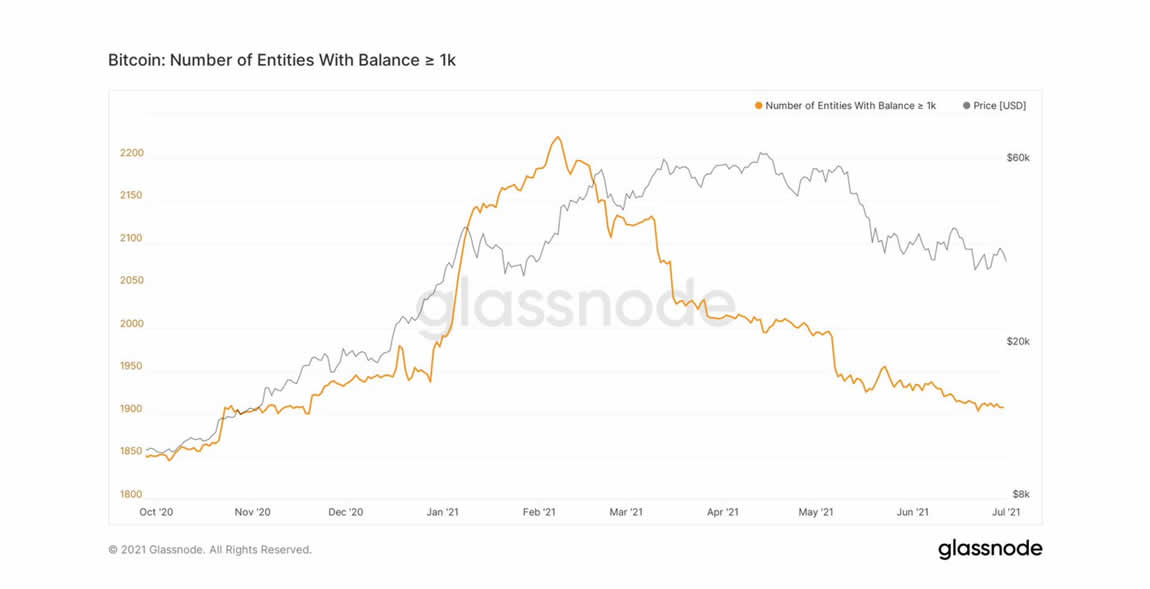 Speculation is that when the Wyckoff distribution pattern completes and enough accumulation has come in to Bitcoin the whales would return for the next leg up in price.  We showed the Wyckoff pattern in past blogs.  At the final stage of accumulation, Bitcoin supply will be so low compared to demand per day that the price will get above $40K and stay there.  At that point when the price has stabilized above $40K, that would attract the experienced traders with over 1,000 Bitcoin to invest.  We still see August as the time frame most likely to see this situation happen.  This accumulation phase has a ways to go.  Also, some whales remained in Bitcoin and bought up the coins other whales sold.  Kathie Wood, Michael Saylor, and Jack Dorsey are examples of this.

Keep in mind had Bitcoin closed the month of June, under $30K.  That would have imposed a long term bear market. but that did not happen.  June closed just over $35,000 per Bitcoin.  We expect more ranging under $40K in July, but at some point there will be another breakout.  Bitcoin is will below the exponential growth curve and has to be above it.  The next let up will be explosive, judging from the exponential growth chart: 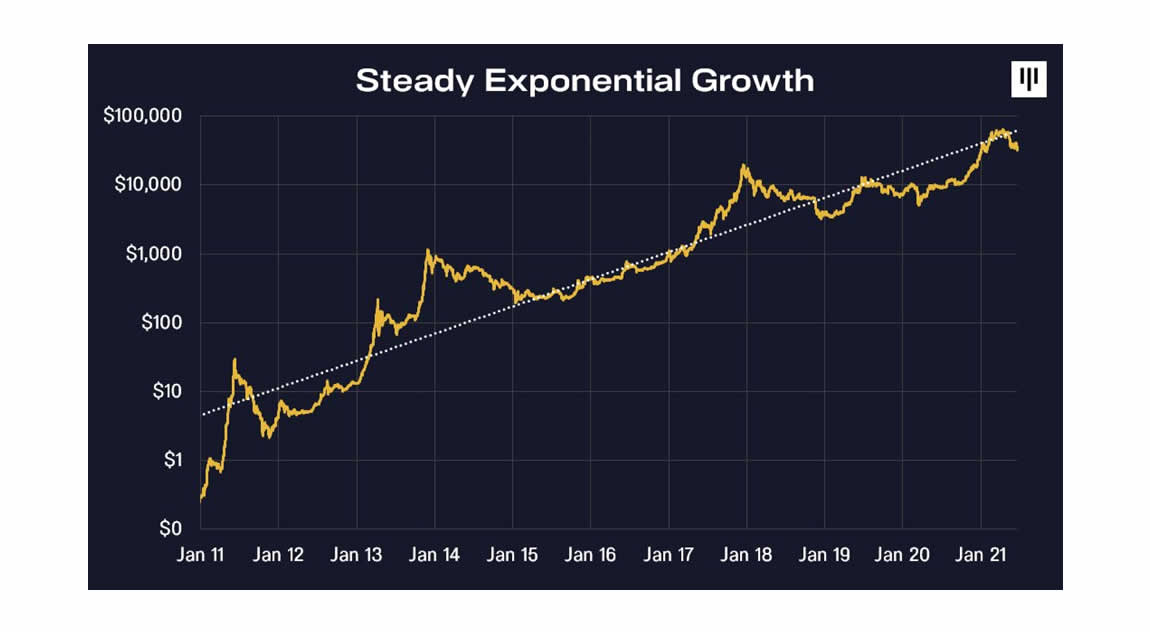 Money will keep pouring into Bitcoin as massive tax increases keep getting proposed in the US, Europe, Australia, and many other countries.  Below are the debts the US has wracked up in treasury dollars, M2 money supply, and currency and credit derivatives:

Europe is more debt riddled than the US.  Yet printing and buying up treasury security bills continues.  Another stimulus plan will likely come out and that could kick off the whale accumulation into Bitcoin.  Any number of scenarios could kick over this powder keg that is now smoldering.  Waiting to ignite.  Bitcoin is that powder keg.  Investors are hungry for hard money, and scarcity while currencies are flooding every market from about every central bank globally.  The global macro environment is ready for the one true hard money, capped at 21 million in supply, which is the only currency capped like this, to make its move.  The accumulation has been long, but July is the waining last time period left, more than likely, before Bitcoin prices go stratospheric.  It could take until September, that is possible.  It is a waiting game.  Just make sure your waiting with as much Bitcoin as possible in your wallet, holding your private keys!