Bitcoin: So Far, So Good

Rektember is over, and its time for Uptober!  Today, surprisingly, $47million in Bitcoin shorts were liquidated in one hour this morning!  In this depth chart long positions are increasing, short positions decreasing.  Bullish for the 4th Quarter:

We acknowledge yesterdays blog warned about the China Evergrande issue and how it could impact stocks and Bitcoin.  However, we also said it was 50/50 based on the descending triangle pattern.  Well, its Uptober and it broke up.  We thought down.  Anyway, we have said countless times.  Price is’nt important short term.  Here is a more long term chart.  All the support has held, Bitcoin is breaking through resistance: 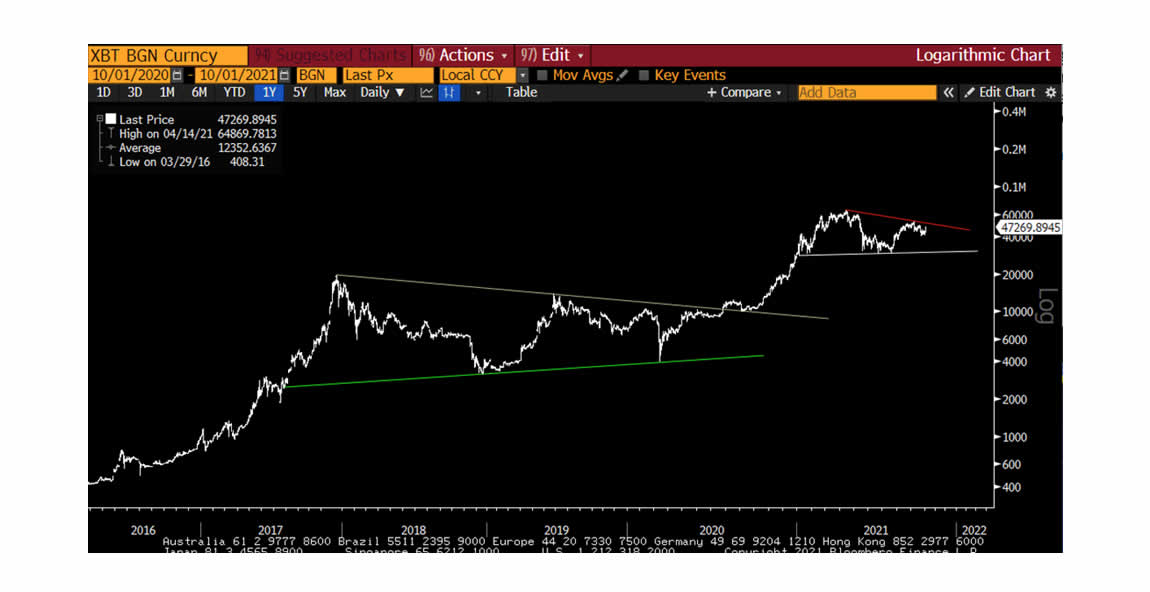 Thanks to Real Vision for the above chart.  We can also pass along PlanB had predicted (as per the stock to flow model) $43K for September, and it closed at $43,346.  Pretty spot on.  It models $63K for October close!  By the way, the stock to flow model shows a market top of $288K in early 2022.  So far it has been spot on, because it measures how many years, at the current production rate, are required to achieve the current stock.  The long at the current production rate it takes to achieve current stock or circulating supply, the higher the price goes up!  Bitcoin’s scarcity and this supply shock it is in now drove Bitcoin to where it is.

Below is a short term chart showing the next target could be $50K conservatively, but could get to $53,700 soon:

We now have a confirmed breakout with volume.  Yesterday it was 50/50.  Today, we know where Bitcoin is going.  So far, so good.

Yet, the economy is still in shambles, despite fake CPI numbers, and the propped up stock markets!  Below is a log chart showing reverse repurchase agreements.  Nearly vertical: 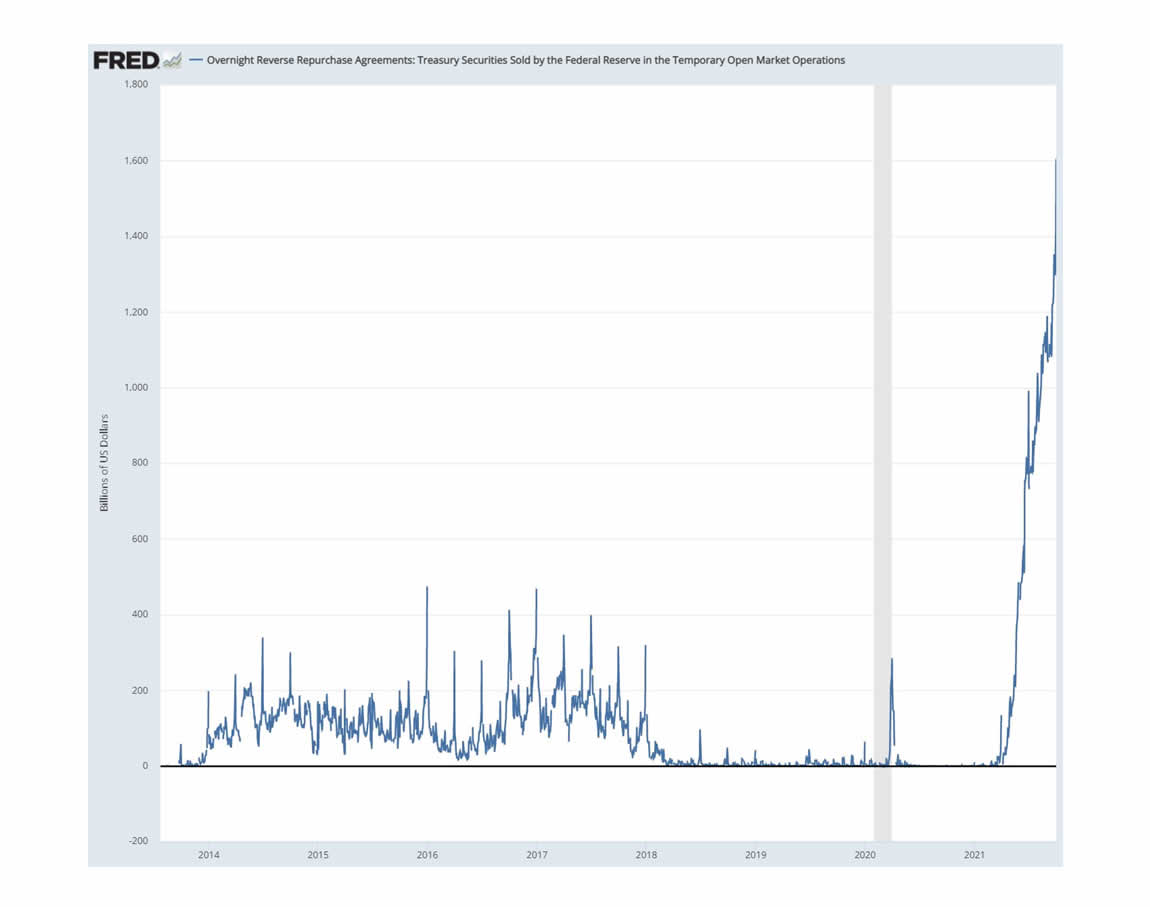 This last chart kind of crystalizes why Bitcoin can be such a headscratcher sometimes.  It is a hedge at this point.  Yes, more countries will adopt it as legal tender, a US ETF will be approved by the SEC at some point soon, and speculation looms that Amazon or someone similar to Amazon could permit Bitcoin purchases on their website.  Not to mention El Salvador set up the first volcano Bitcoin mine in the world and is now mining Bitcoin from Volcano steam!  Yet, ultimately, it is still the supply shock that will catapult Bitcoin up.  Bitcoin will test lower bound support several times (3,4, or 5 times).  That is very bearish, we think it will break through the support and pow, it turns bullish and starts testing resistance: 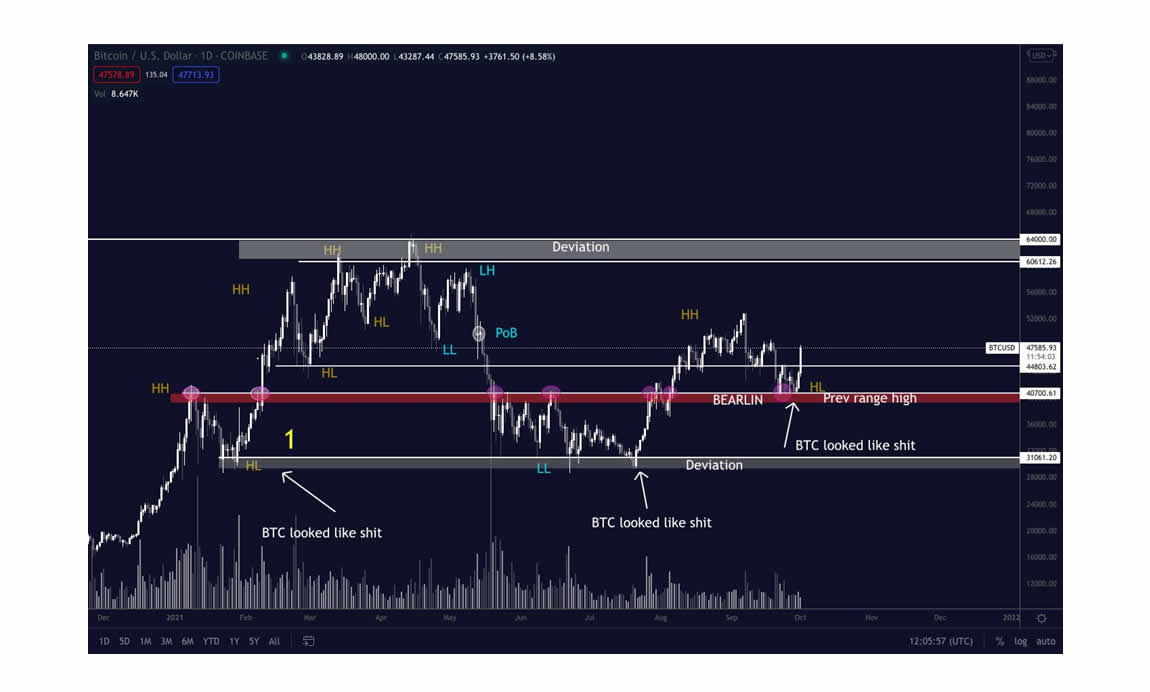 So far, so good.  Uptober is going to be fun!  Buy Bitcoin, hold it long term.  Zoom out.