Bitcoin Bottoming Out. You Know What That Means?

It means eventually, Bitcoin will reverse.  Shorts will be liquidated.  Apparently, Tesla was manipulating the market to buy cheaper this week.  Other Institutional players have joined in.  Bitcoin is down to $35,545.  This bounce will be massive when it does happen.  Yesterday, Bitcoin was holding on to $42K support and now that level is $30K.  We hope and believe it will hold $30K.  This bull run is far from over: 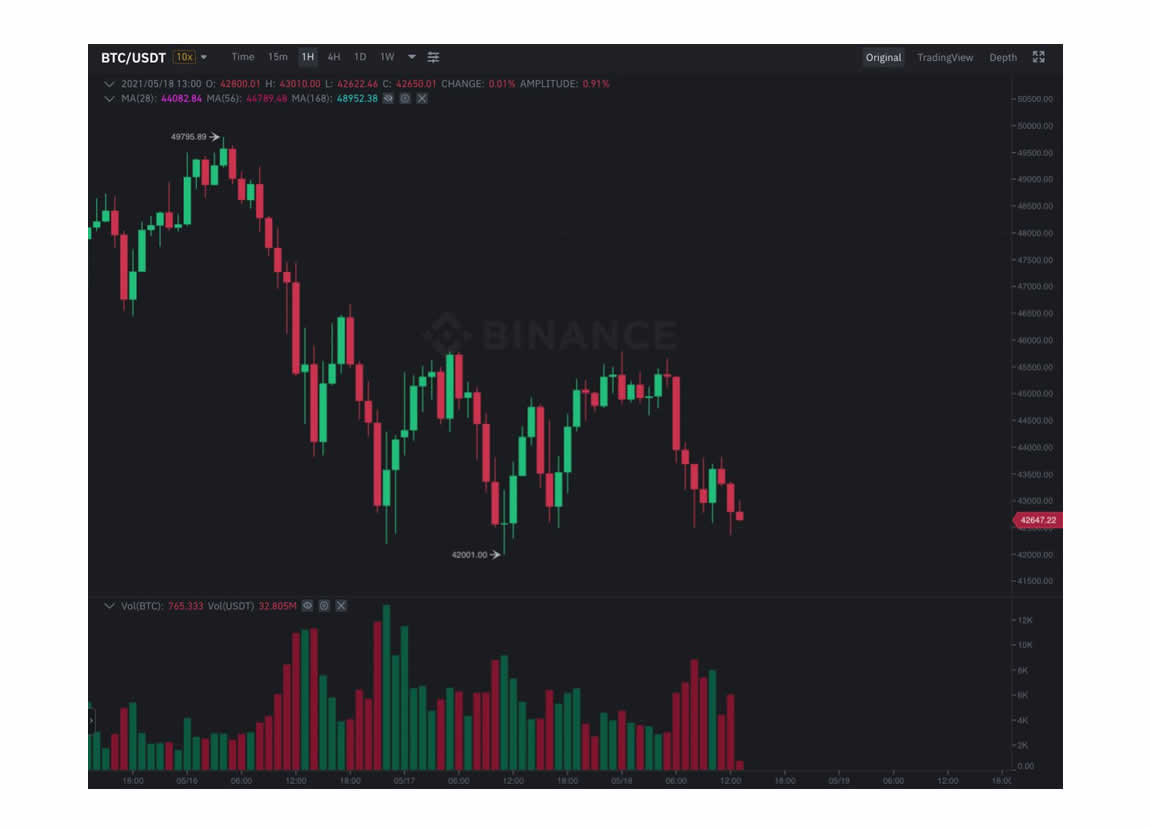 We saw a distinct head and shoulders pattern developing on the weekly chart this week.  Now it has broken down which is usually a 2/3 chance it will break downwards.  Here is the weekly chart pattern.  This dump is the worst by far of this bull run.  However, don’t let it take your Bitcoin from you.  Buy this dip, Bitcoin will likely break $160K by the end of the year, perhaps $200K.  There are no macro economic reasons for Bitcoin to dump.  Government and Environmental FUD, started longs cascading and shorts are piling up.  Once the correct support level is defended investors will go back to longs for Bitcoin.  Leveraged longs.  Then the shorts will get liquidated and the trend will be up in a hurry.  Here is the head and shoulders pattern from last week that broke this week: 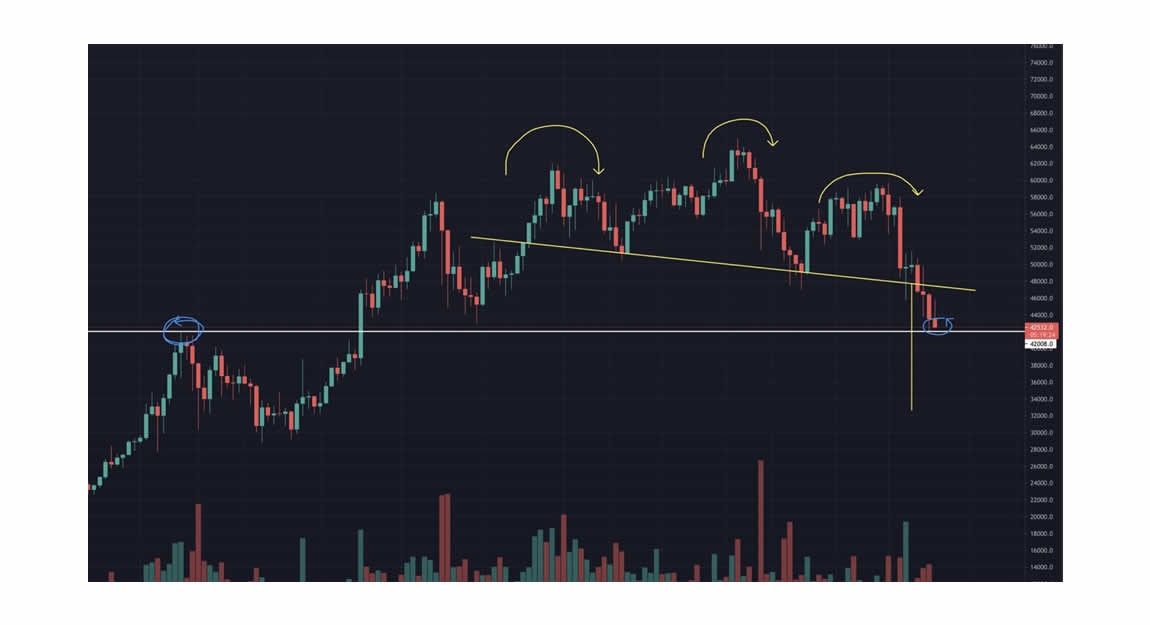 Bitcoin proves out as a currency long term:

Better than Gold and Fiat.  Inflation is stealing wealth and many investors will invest in hedges that are decentralized and scarce.  Gold, Silver, and Bitcoin stand to do the best.  But nothing has touched what Bitcoin has done as a hedge and a store of value.  Even John Meynard Keynes agreed: 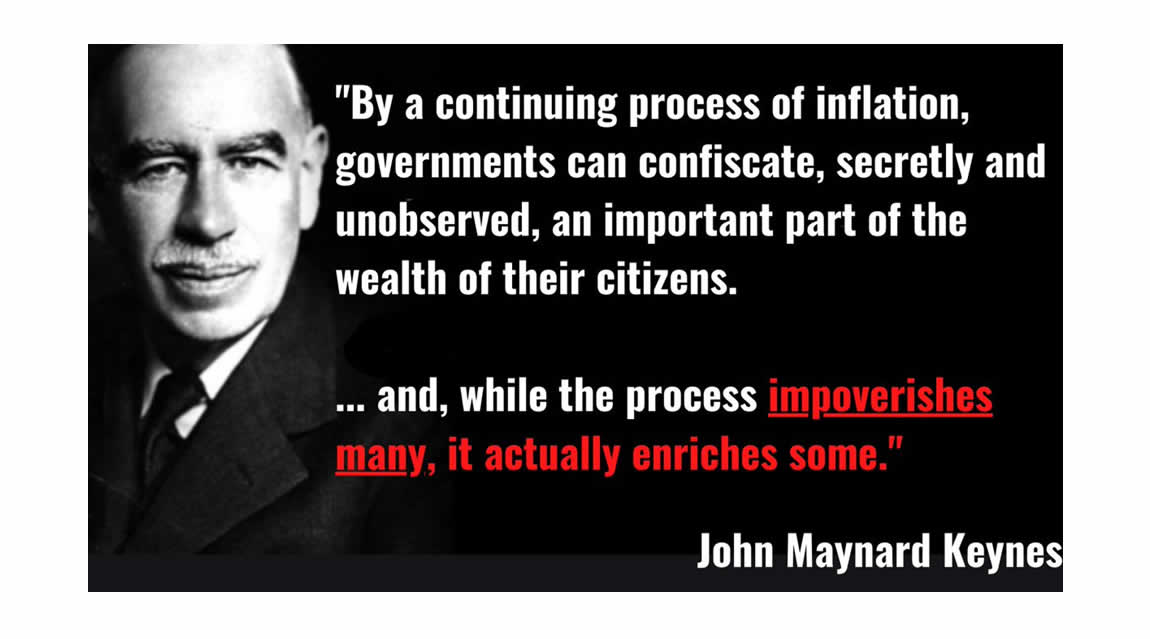 In the above chart, illiquid supply of Bitcoin (blue line in the chart above) means most Bitcoin is in cold storage and won’t be sold.  This dump could mean Tesla is selling, too soon to tell.  But, the fundementals are there and we KNOW this bull run is not over.  Likely, this resets the bull run and allows it to run up to very high highs, in the future.  More of a double top bull run much like 2013 was: 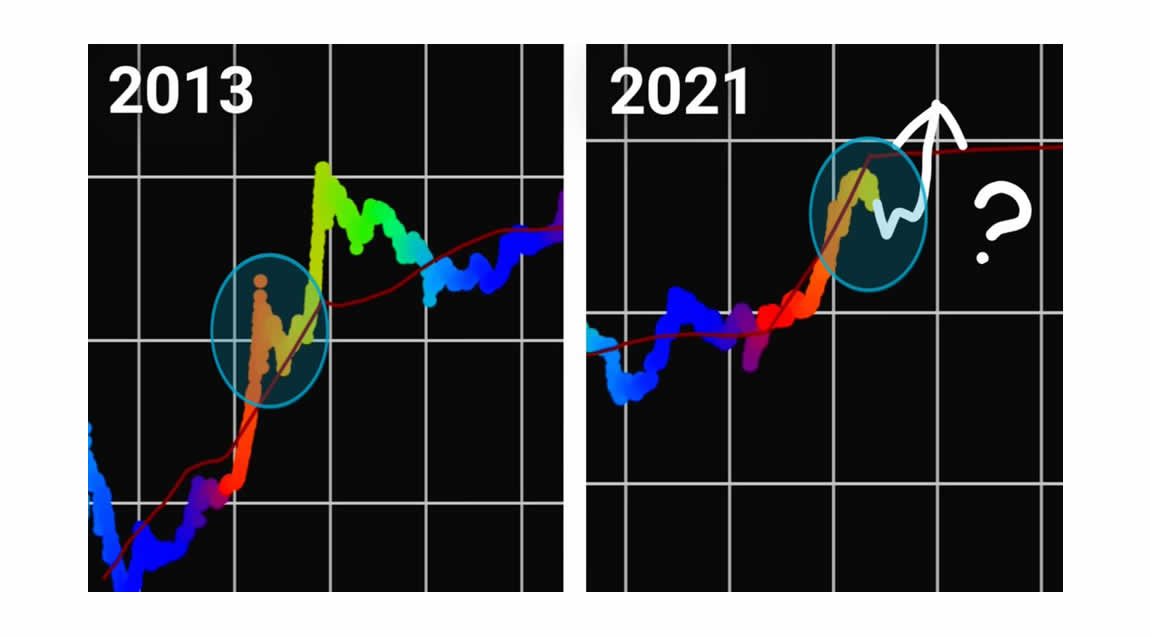 It has been a year and two weeks since the halving.  Every bull run has lasted at least 18 months after the halving.  This is a correction, it is NOT the end of this bull run.  Be patient.  Do not fall in to despair.  This dump will turn around!  Price never was the reason to buy in to Bitcoin.  Self sovereignty, freedom from central banks control, hedging inflation, provable scarcity.  Those are the reasons to own Bitcoin.  The price action comes later.  Focus on the fundementals of Bitcoin!