Bitcoin at a Lowpoint, Should Go Up From Here. But When?

Bitcoin printed a green dot on the heatmap.  That is no man’s land.  Once it starts printing red dots consequitively, it may be a point to sell.  We will discuss those strategies later on.  Multiple considerations there.  However, right now Bitcoin is neither sell or buy.  No man’s land happens in the mid section of cycle tops in Bitcoin.  Another chart to consider is below.  Bitcoin is 912 days since the low of $3150 in late 2018.  That is 12.7X since then to where it is right now.  However, the previous bull run went 1,067 days from the previous cycle low.  Thus, this bull run should have at least 155 more days to go, and could easily last a good bit longer than that.  Here is the chart: 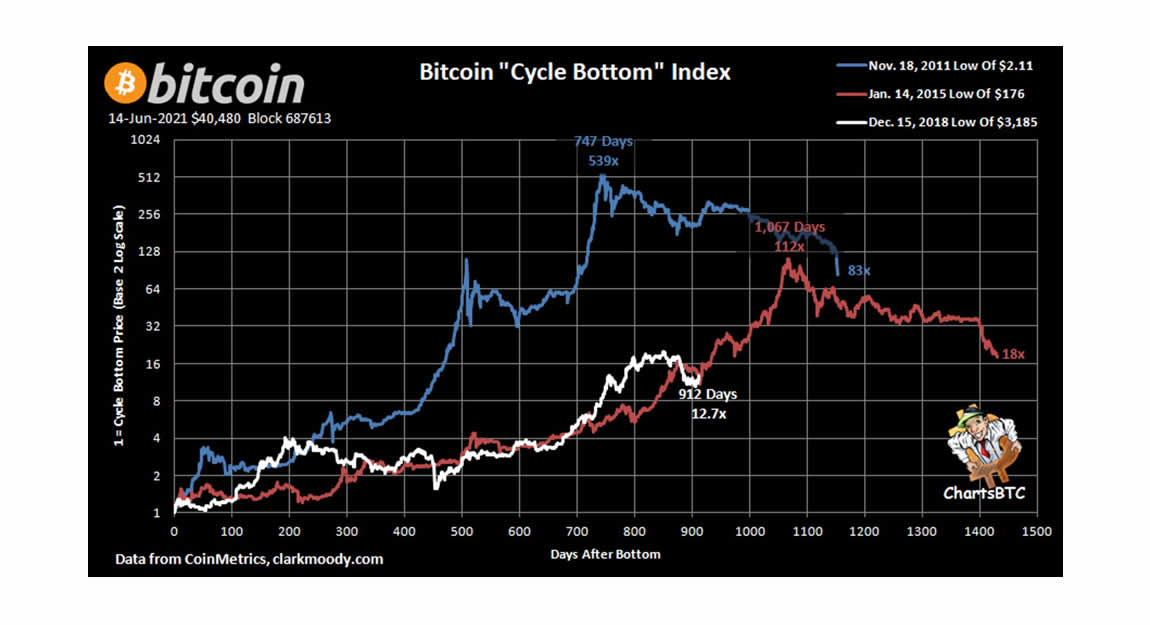 Another thing to notice from the 200 day moving average heatmap is that the top formed on April 15th of $64,829 was a rounded top with yellow dots.  No red dots.  That is NOT a blow off top.  This bull run is NOT over.  Please disregard writers from Forbes and Bloomberg writing the Bitcoin top is in.  We know it is not.  History does not repeat, it rhymes in Bitcoin.  Every four years, or 210,000 blocks.  As we know by now, following this blog.  The supply shock is a garauntee every 4 years.  18 to 24 months after the halving, which kicks off the supply shock, Bitcoin sees it’s cycle top.  Then, the cycle starts over.  Bitcoin has a rhyme and a rhythm like no other asset.  Why?  The halving, that’s why.  This next chart from William Clement gives food for thought.  The 30 day moving average is dropping fast.  To the left in the chart you see examples of when this has happened before.  It dips and comes back in bull runs, like 2017.  Yet in 2019, Bitcoin went on a run but it fizzled out, as expected.  The halving was still a year away.  So which circumstance is Bitcoin in right now?  Here is the chart: 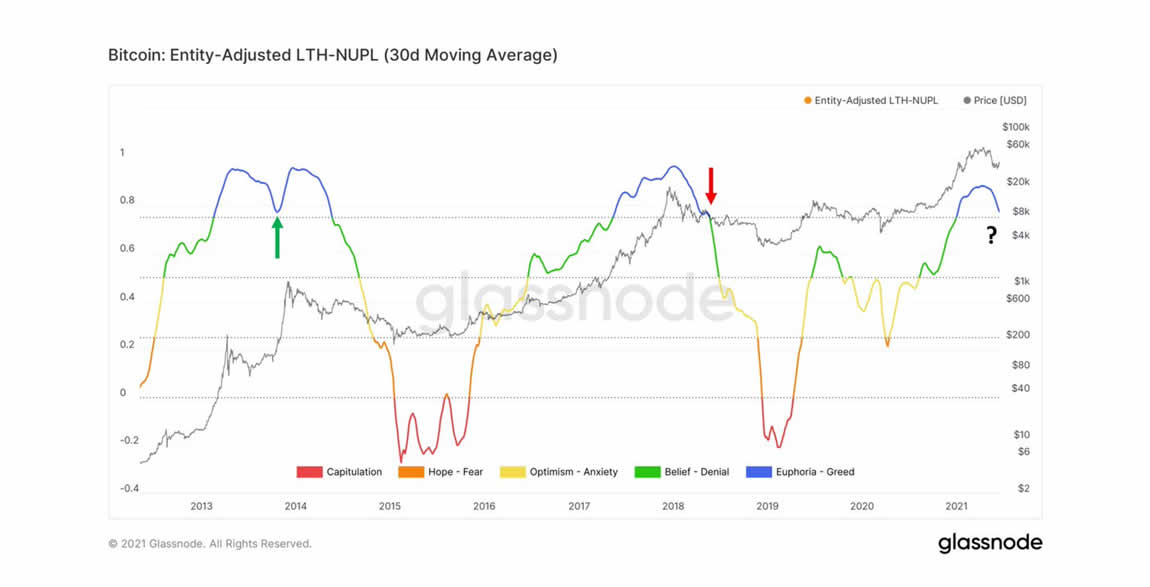 Remember the last halving was May 11, 2020.  The next halving should be around March 2024.  Subject to change slightly.  The zoomed out long range view is the only perspective that would work for us.  Some like to trade Bitcoin on short time frames.  We have done our research and we trust Bitcoin on long range time frames.  So remember to zoom out and keep your preference for time, low: 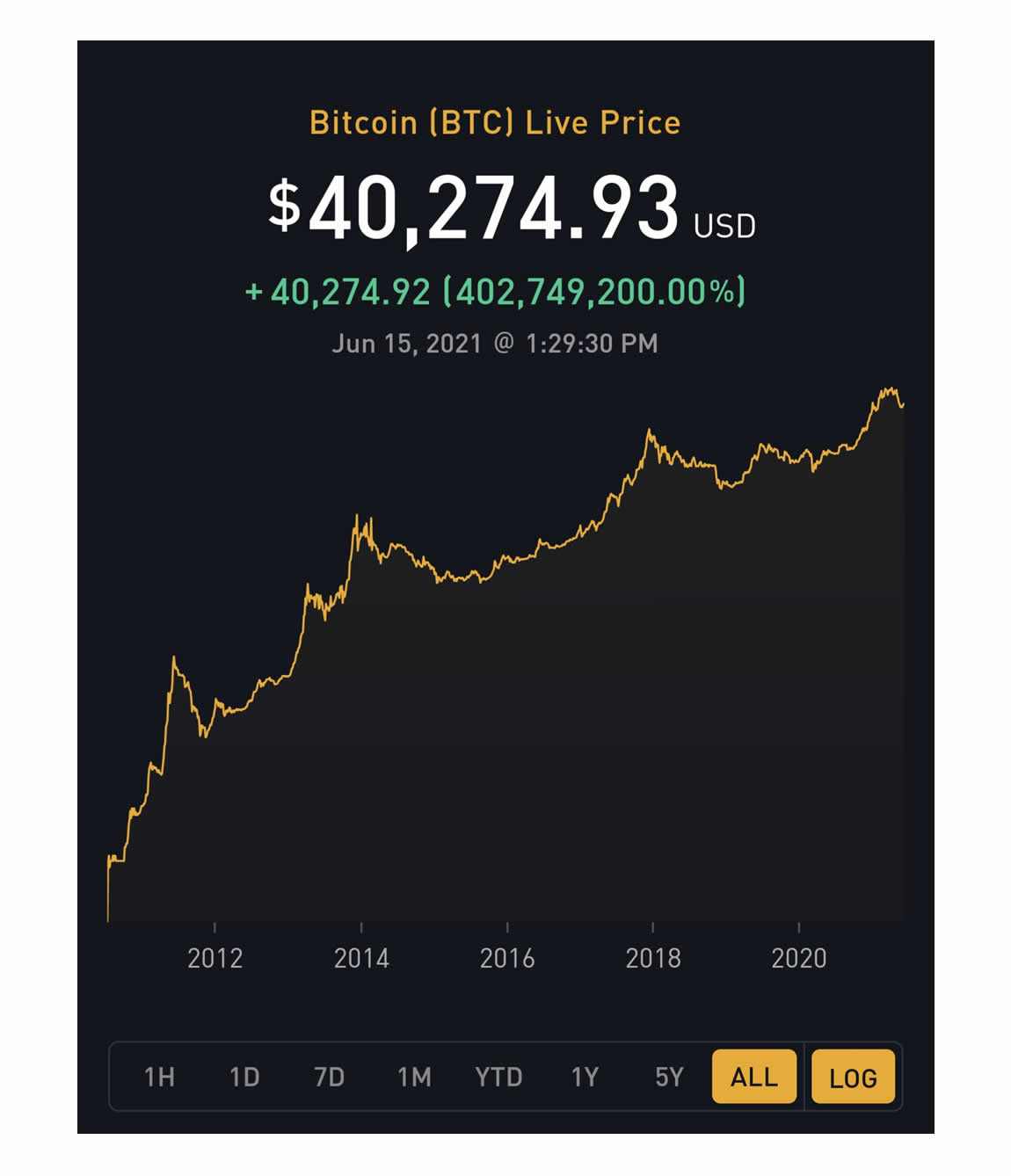 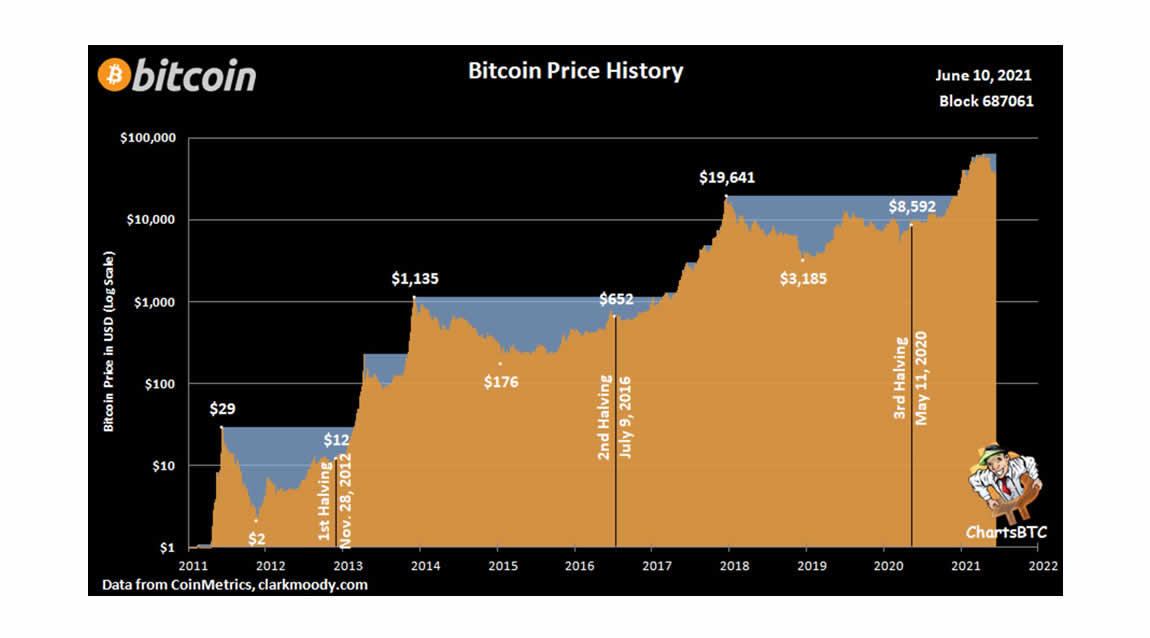 We try to give readers a mix of TA with charts, global macro, geopolitical, humanitarian, and financial information about what Bitcoin is doing, and where it is headed.  We see good news in the future for Bitcoin in 2021.  Next year will be a new perspective and we will look at it together as usual.  Good luck the rest of this bull run.  As for when will Bitcoin turn and make the next leg up for this bull run.  July or August seem reasonable.  This has been a long, and sometimes a little boring lull.  However, the breakout and weeks or months that follow will be exhilarating, exciting, and life changing.  This fall will be one to really look forward to!  Keep a long term view.  Stay away from emotional trading, either buying or selling.  Keep a level head!