Zoom Out to Understand Bitcoin

Bitcoin has already recovered to $49,560, it dumped under $46K earlier today.  It is printing a descending channel which is usually bullish.  We see it getting over $50K tomorrow and staying above that level into next week.  This dip is one to buy, Bitcoin is still re-accumulating.  However, this chart below demonstrates that Bitcoin dips are common in bull runs, and the price action back to 2011, shows Bitcoin is in great shape: 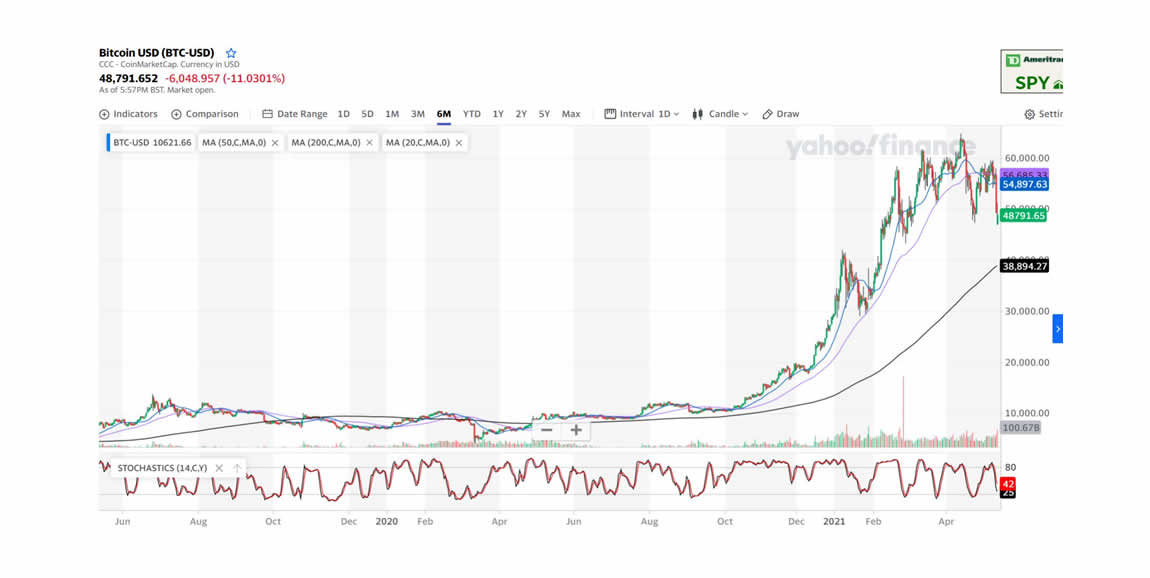 Here is another chart with yellow highlights showing dips below the 21 week expontial moving average.  It is not fun in Bitcoin today, but better times are coming: 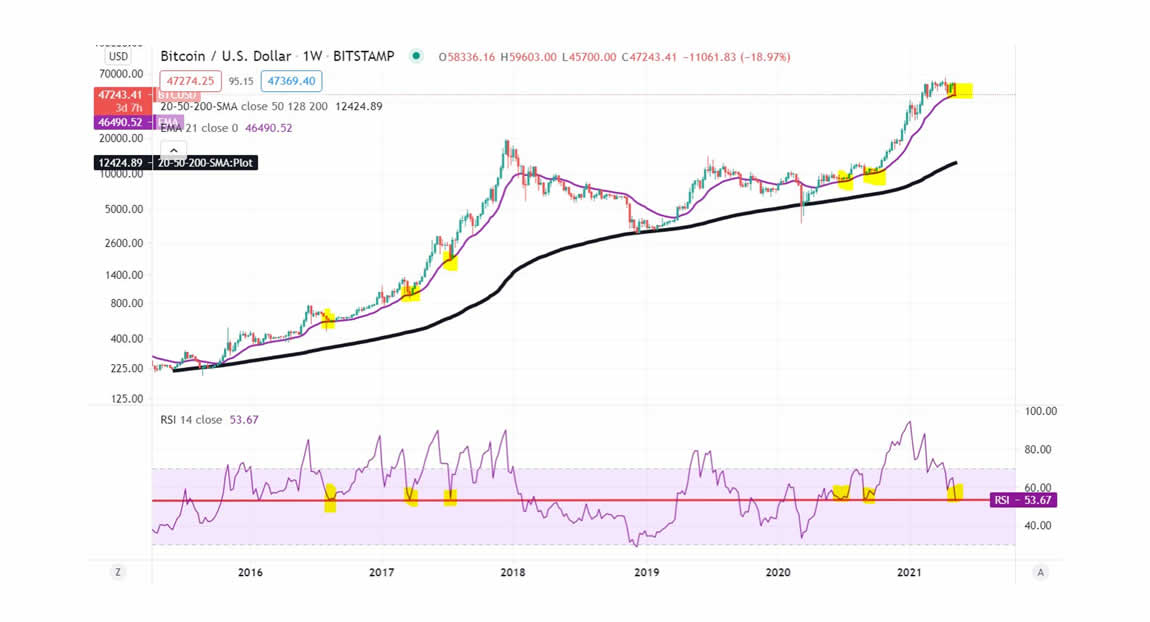 Notice the RSI is droping to the red line now as well.  Only direction to go from here is up!  By the way the fear and greed index hit 31 today, 31.  That is really low.  We can’t recall when we were that low, probably last year in September.

The next chart is the sats alltime price action going back to 2010.  Someday, we don’t know when, Sats will get to $1 per Sat.  We hope to live to see that day!  Here is the chart: 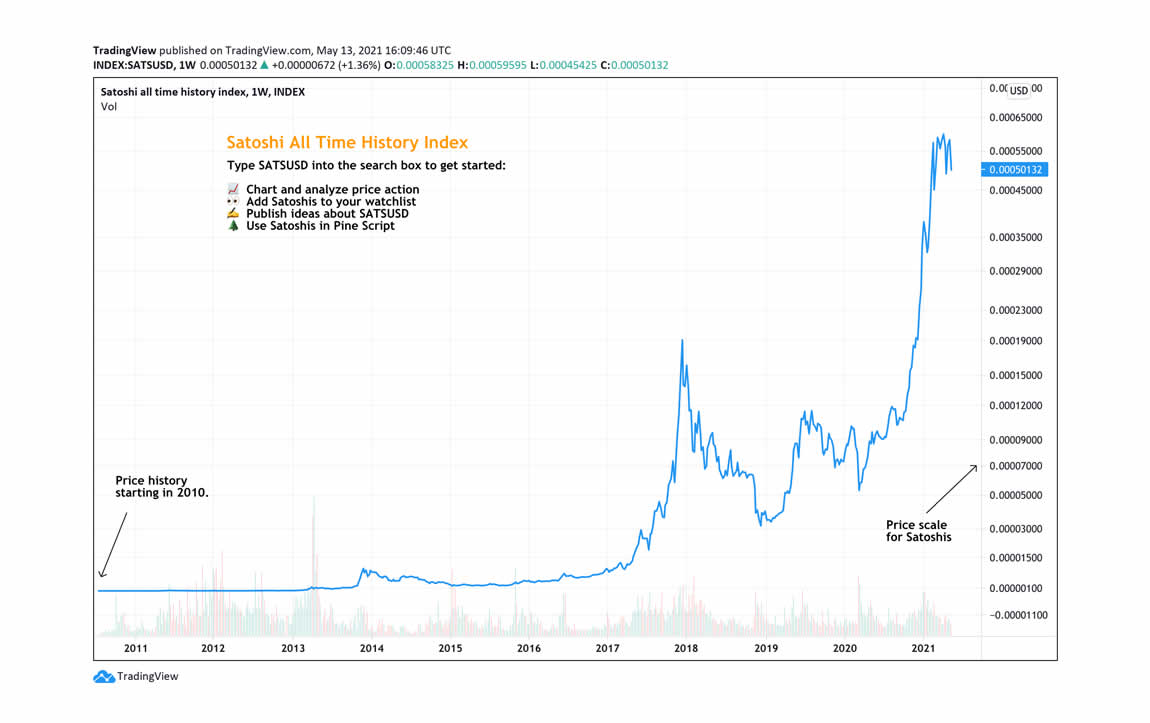 Neutral ATM believes Bitcoin should publicly denominate the price in Sats.  This would obviously help Bitcoin demand, the price would be so much lower priced in Sats.  Remember, 100 million Satoshis to 1 Bitcoin.

It came out today that Tesla just paid California $1 million in environmental fines and was forced to install $750K worth of solar panels at their Freeport, CA facility.  There is a decent chance Telsa was sending a virtue signal out publicly, to distract from their environmental crimes.  At any rate, Bitcoin is in great shape.  The fear and greed index and the RSI are at very low levels.  Yet price is still well over $49K.  Bitcoin is on the launch pad.  It may take several more weeks, but it getting prepared.  Soon Bitcoiners will be celebrating again.  Buy this dip!  Invest in Bitcoin.  It is anti-fragile.  Zoom out on your charts and you will see this!