Why the Price of Bitcoin Doesn’t Matter, Part 5

Bitcoin hit $1trillion in market cap today and is almost at $55K!  It is well ahead of the stock to flow model at this point. 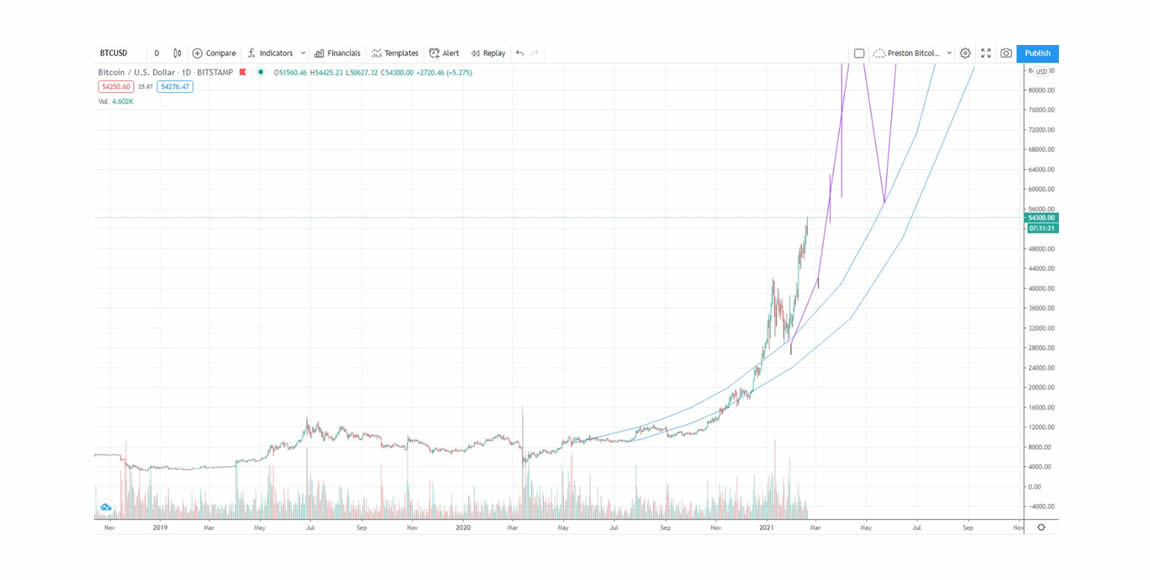 Will Bitcoin double to $2 trillion by mid April.  We would’nt bet against it.  We know many institutional investors were not allowed to invest in Bitcoin until it became a $trillion asset.  Now that it is and ahead of schedule.  Expect massive institutional adoption. Case in point?  The US ETF did $165 Million in transactions on its first day, see here to view.

The abililty for Bitcoin to double from here quickly is due to S curve adoption and $trillion market cap was a major hurdle for Bitcoin: 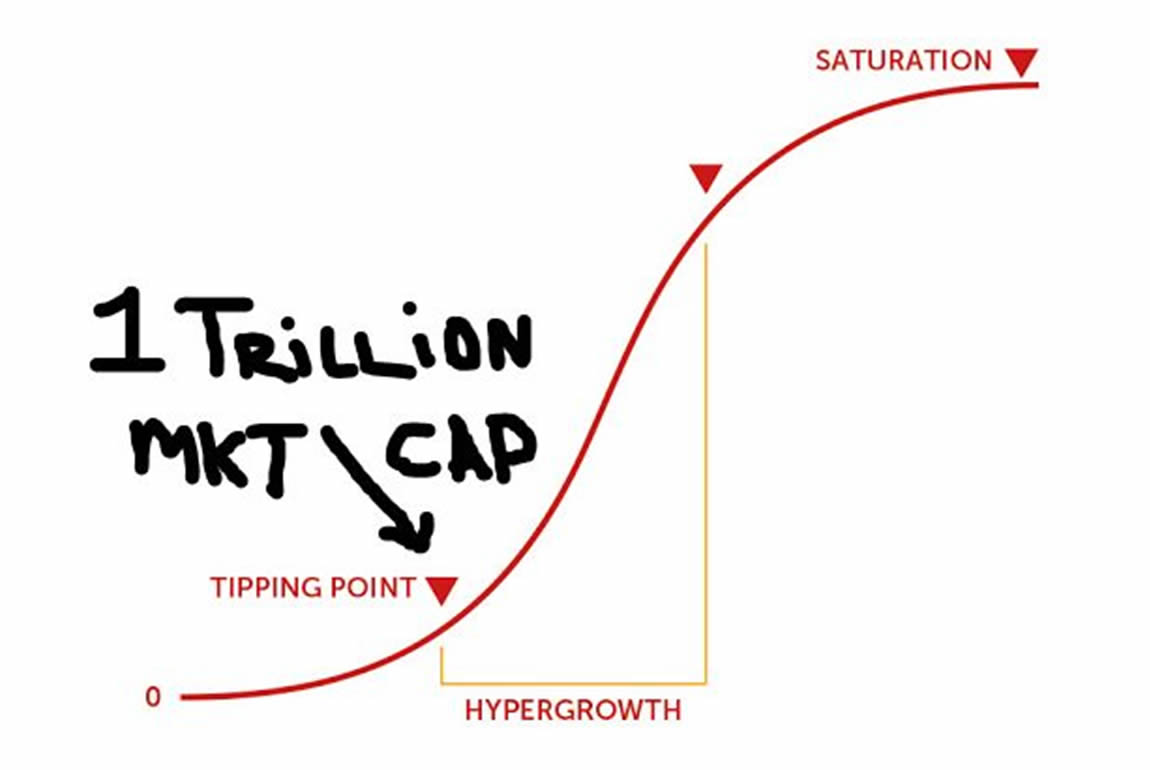 Neutral ATM may update the bull market cycle top projection in a week or so.  Appears we might have been too conservative at $160K to $220K.  Lets give it some time and see how Bitcoin progresses.  We have been researching Blockfi options for borrowing against Bitcoin.  We would like to point out the LTV ratio on Bitcoin borrowing is 35%.  Banks normally do 80% for cash.  The reason for this is Bitcoins historic volatility.  We expect the LTV ratio to increase and for volatility to decrease over the next few years.  Our plan is to borrow against our non IRA Bitcoin and sell as little as possible in order to buy land and have a more diversified portfolio after this bull run is over.  We also expect Bitcoin to reach $1million per coin in 2025 which is the next bull market cycle after this one.  We see no reason to doubt this, the dollar obviously inflates as Bitcoin deflates and the rate will only get worse by 2025.  We expect massive monetary system changes before then, but we also know Bitcoin will be a focal point of those changes.  We are waiting to see more details on that.  In the meantime, we have spent an entire week focusing on why the price of Bitcoin is less important than the amount of Bitcoin in your holdings.  Hold it long term, don’t worry about the price and borrow against it.  Bitcoin is revolutionary, it is humanitarian, and soon the world will see that play out real time.  Stack as much Bitcoin as you can afford whether that is 0.1 BTC or 100 BTC.  You will not be sorry, keep it long term, borrow against it.  Pass it on to the next generation.  It is THAT valuable!