Why the Price of Bitcoin Doesn’t Matter, Part 2

To truly understand this topic you have to take the LONG VIEW on Bitcoin.  You cannot get caught up in any emotions.  Look out 5, 10, 20 years.  What is the BIG picture on Bitcoin?  This chart below gives you a hint on where Bitcoin has come from:

In the past we have sent charts on Bitcoin all the way back to 2009 when it was $0.008/BTC.  Anyone still owning Bitcoin from back then, no longer needs to work.  Obviously.  It takes years in the Bitcoin space to gain the understanding of what Bitcoin is really doing to the monetary system, then the realization comes flooding in.  Bitcoin is eating other monetary assets due to supply demand charactoristics, click here to view tweet.

So far, Bitcoin has taken over the many companies whose NAV (net asset value) Bitcoin has passed.  It just passed Tesla in the last view days.  In a few years or less, it will pass Gold, a few years later, M2 money supply.  It stands to reason, that by 2030, which is two bull market cycles and two halvings from now.  Bitcoin will be worth over $5 million per coin.  It may have passed all fixed income assets by that time.  There are more and more companies willing to hold Bitcoin as collateral and loan against it like Real Estate.  Bitcoin is a digital version of real estate, yet it appreciates much faster!  Let that sink in!  What is truly volatile is not so much the Bitcoin price, but the USD valuation.  The United States is now in the final stages of currency devaluation.  The USD value swings wildly.   Monetary policies of QE (since 2008) and now stimulus every few months, since Covid 19, have allowed all scarce assets to appreciate.  But outside of Bitcoin, nothing has a programmatically fixed supply.  Bitcoin holders can actually count the number of Bitcoin in circulation, they can divide the value of an asset Bitcoin has not overtaken yet, by 21 million.  Thus, the price of Bitcoin on a particular day is irrelevant.  All that matters is how much of it you own.  All of mankind needs to see this.  Bitcoin can save billions of people from authoritarianism, hunger, and poverty!  Yes it is THAT important.  Below is a good chart on the rising wedge Bitcoin is in now.  And the $1.9 trillion stimulus package has not been signed yet.  What will happen when it is?: 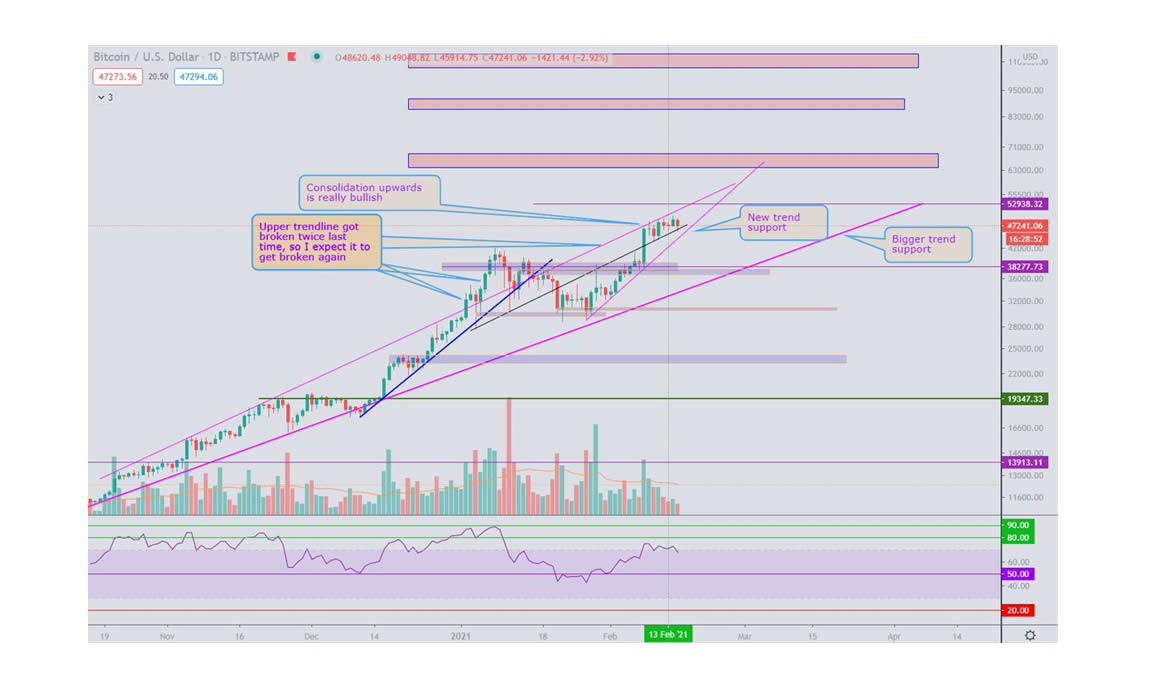 Changing topics slightly.  The beloved chapwood index was censored, taken down from the internet.  No reason was given.  Here is a month old version of it to keep.  Remember the CPI is standing at 1.4% inflation right now: 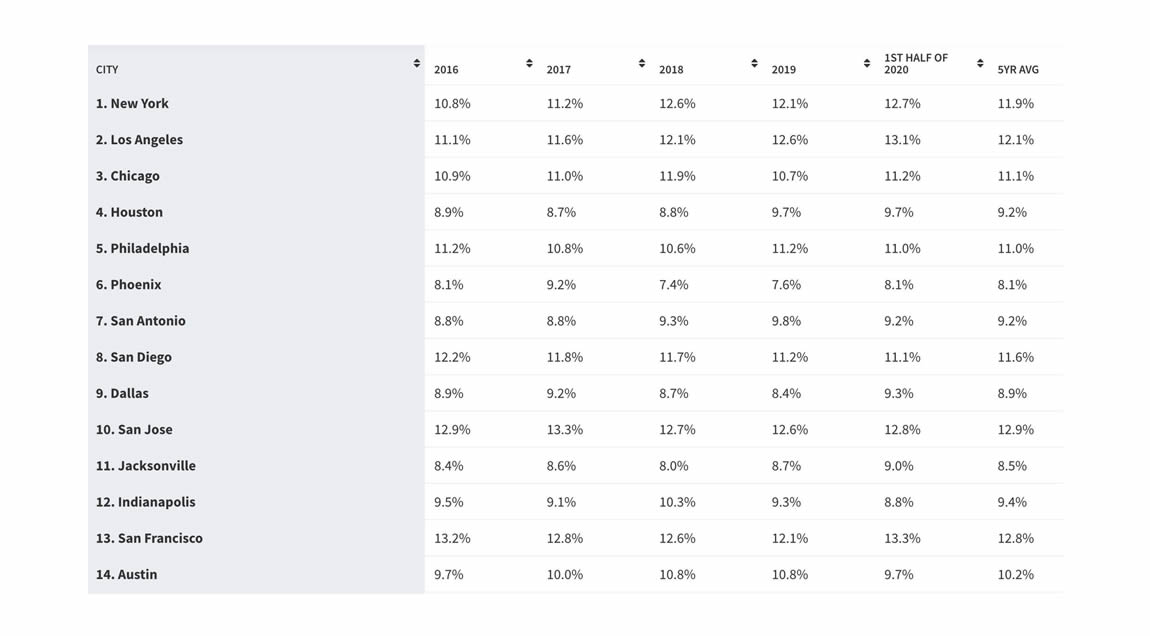 So real inflation is being censored from the public.  The chapwood index proved inflation in 2019 and early 2020 was over 10% on average, but it varied city by city.  Stock buy backs, derived from the Fed buying treasuries and creating bank reserves mostly used on fortune 500 companies to buy back stock.  Have made many stocks that are now soaring, zombie companies.  The stock market is really due for a massive crash and very soon!  Yet, Bitcoin soars and shows no signs of stopping for now.  Will a bubble form?  Yes, later in 2021.  Perhaps July – September time frame.  But, using dates is dangerous.  Just like timing market tops and bottoms is dangerous.  Thus, trusting hyperbitcoinization will take hold after the 2024 halving, or the 2028 halving is much safer.  It is not unlikely, that by 2025 Bitcoin is at or above $1 million per coin, and by 2030 it could be 4X or 5X higher than that.  Long time frames, shorter time preference.  Set up your Bitcoin as collateral and borrow against it, but never sell much of it!  See how Neutral ATM has found ways around having to sell the Bitcoin to diversify into other scarce assets.  Why sell it and incur capital gains taxes, trust hyperbitcoinization, and enjoy the ride.  Borrow against Bitcoin instead!  Selling small % amounts is fine as long as the asset is scarce and worth the loss of Bitcoin holdings.  That is a tough question to answer though.