Why Bitcoin WILL Break Out of This Range It’s Stuck In!

Frustrating as it may be, Bitcoin has been stuck between $54K and $64K since early March.  Some rather famous Bitcoin influencers have publicly debated selling Bitcoin for other Cryptocurrencies!  So, why will Bitcoin break out, what are the factors?  Below is the recent chart pattern Bitcoin is stuck in: 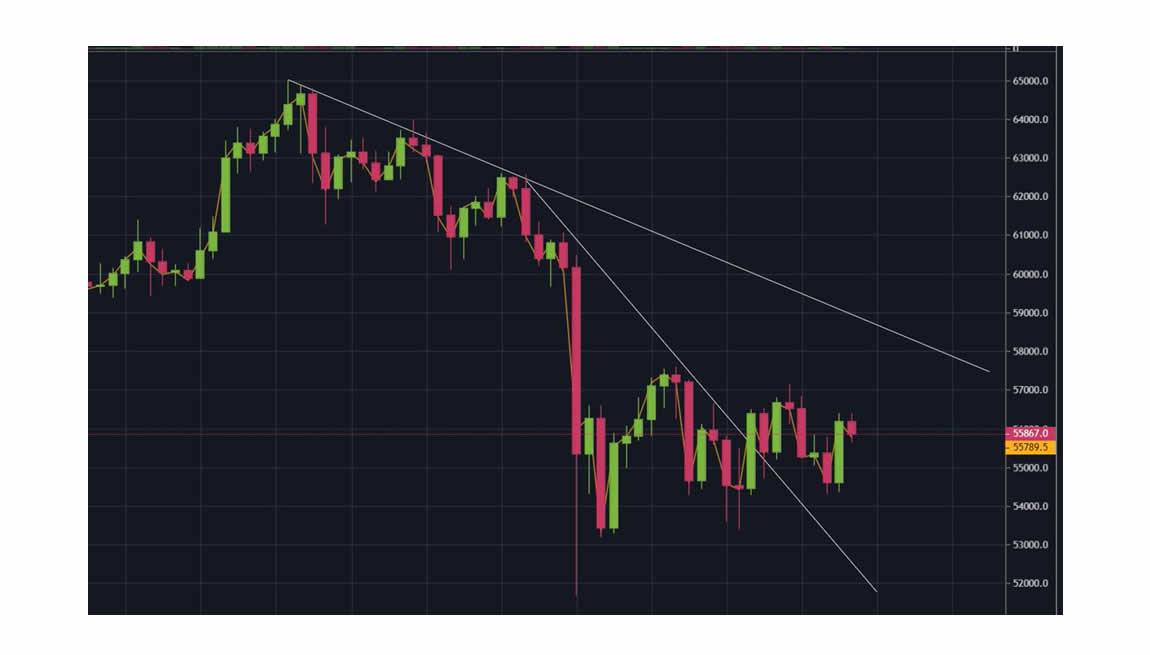 Retail, and institutional entities with new Bitcoin wallets that are buying and storing Bitcoin long term, on those wallets, is growing fast.  This next chart shows just how rpaid the entities net growth has been, especially in 2021:

The next chart gives a more long term approach to the entities net growth chart.  New entities start to HODL Bitcoin often at the time frame around the halving, then again as the bull run starts.  It gets exponentially great throughout the bull run.  Currently, close to 60K entities are pouring into Bitcoin daily.  Some may be buying other Cryptocurrencies.  There is no way to bifurcate that.  Yet, as is always the case, alt coins pump and then they dump, hard.  Therefore, investors in Dogecoin, XRP, Polkadot and others will likely come back into Bitcoin at different times.  Below is the daily entities net growth chart: 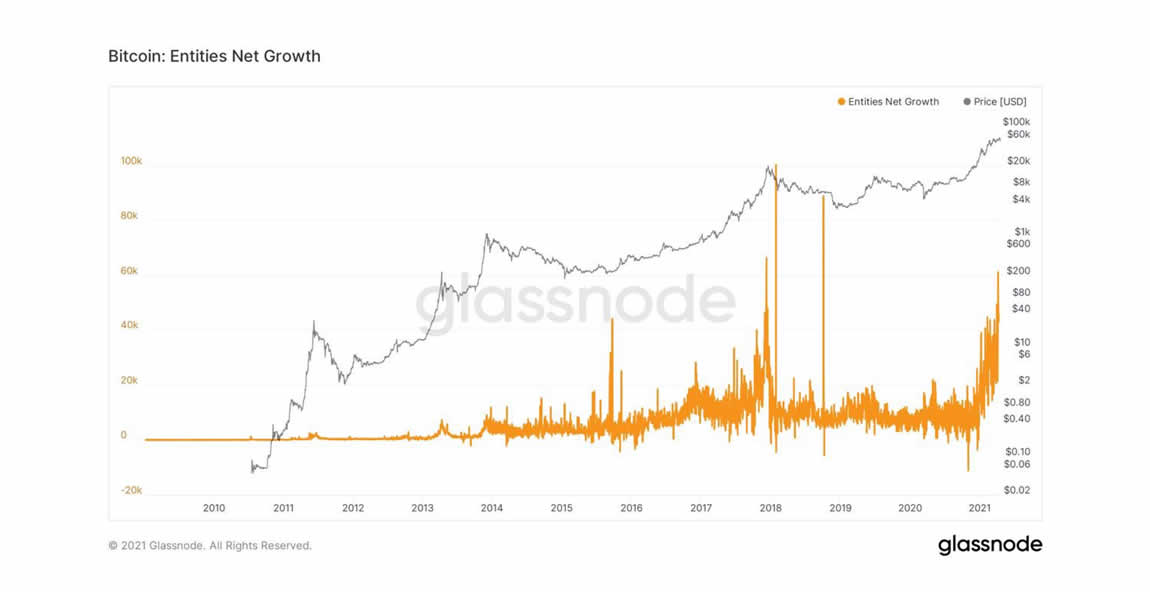 Bitcoin over years of time has always recovered, and consistently proven higher lows with each bear market.  Bitcoin melts up.  That is Metcalf’s law, the network effect.  As price action goes up, investors buy more Bitcoin.  However, with Bitcoin it is the programattic scarcity, whenever the mining reward is cut in half, after every 210,000 blocks is mined, that is the catalyst for the bull market.  So, in other words, the mining reward is halved, a supply shock ensues, after 3 - 4 months some miners capitulate and shut down.  After that process ends, FOMO(fear of missing out) causes this network effect.  Adoption speeds up, price goes up, which causes adoption to speed up even moreso.  The network effect.  Bitcoin is separate from all other alt coins, because it has no one single owner who can dump on all the investors, who bought the alt coin after the owner created or mined it. Bitcoin is the only crypto currency with programmatic scarcity.  The halving.  Bitcoin requires proof of work, the energy and work required to mine Bitcoin.  Bitcoin has a 12.4 year track record, averaging over 201% annual return per year.  Bitcoin is the best store of value in the world. Here is a chart comparing it to Gold over 12 years time:

Bitcoin is the green line, Gold is the blue line on this above chart.  In closing Dogecoin, Polkadot, XRP can all outperform Bitcoin for a month or even 3 to 4 months.  But long term, Bitcoin wins every time.  Neutral ATM is a proponent of long term investing.  We are not traders.  Trading creates too much tax liability.

Bitcoin has experienced (2) 20% plus pull backs in this bull run.  The last bull run had 7.  Every previous bull run has a long re-accumulation or consolidation period, which is always followed by a massive leg up, with some dips along the way to the top.  In this bull run, we have not yet broken out of the consolidation period.  It has been 7 weeks now.  Frustrating, but it could be another week, even another month.  Patience!