Where is Bitcoin, Where are Stocks, Alts to Watch?

Late yesterday Bitcoin briefly poked above $12,000 for the first time since it had a sell off from that level September 1st.  This morning at 6 AM CST it was $12,163, now at 10 AM its $12,716.  Its up 7% on the day and 77% YTD.  The breakout is here.  We don’t think Bitcoin goes below $10K ever again.  ETH and XRP are following Bitcoin up but not as fast.  ETH retraced badly in September and has erased those loses now.  Why did Bitcoin choose now to breakout like this.  The anticipation of this has been brewing for a long time.

PayPal was approved by the New York Department of Financial Services to allow Bitcoin to be held, purchased and sold on all PayPal online accounts. Venmo is putting Bitcoin wallets on everyone’s phone.  This is big news! Click here to read article.

On this chart the first arrow is this point in the last bull run in 2016.  The second arrow is where we were yesterday:

While Bitcoin is up 6% - 7% so far today, and ETH is up 5%.  Neutral ATM believes stocks are likely to retrace to the end of the year.  There are varying degrees of predictions where they will end up at EOY, Bitcoin looks like it will break the ATH of $20,000 by EOY.  Exciting times.  The correlation break between Bitcoin and Stocks has begun.  It is hard to believe that if Stocks fall more sharply that Bitcoin would be unaffected.  However, longterm this uncorrelation to Stocks should become more apparent as this crypto currency bull market strengthens.  See a Bloomberg article from yesterday about this.  Today, the snapping of this correlation is even more pronounced, click here to read.

To further illustrate where we believe the stock market is right now, see this very ominous chart: 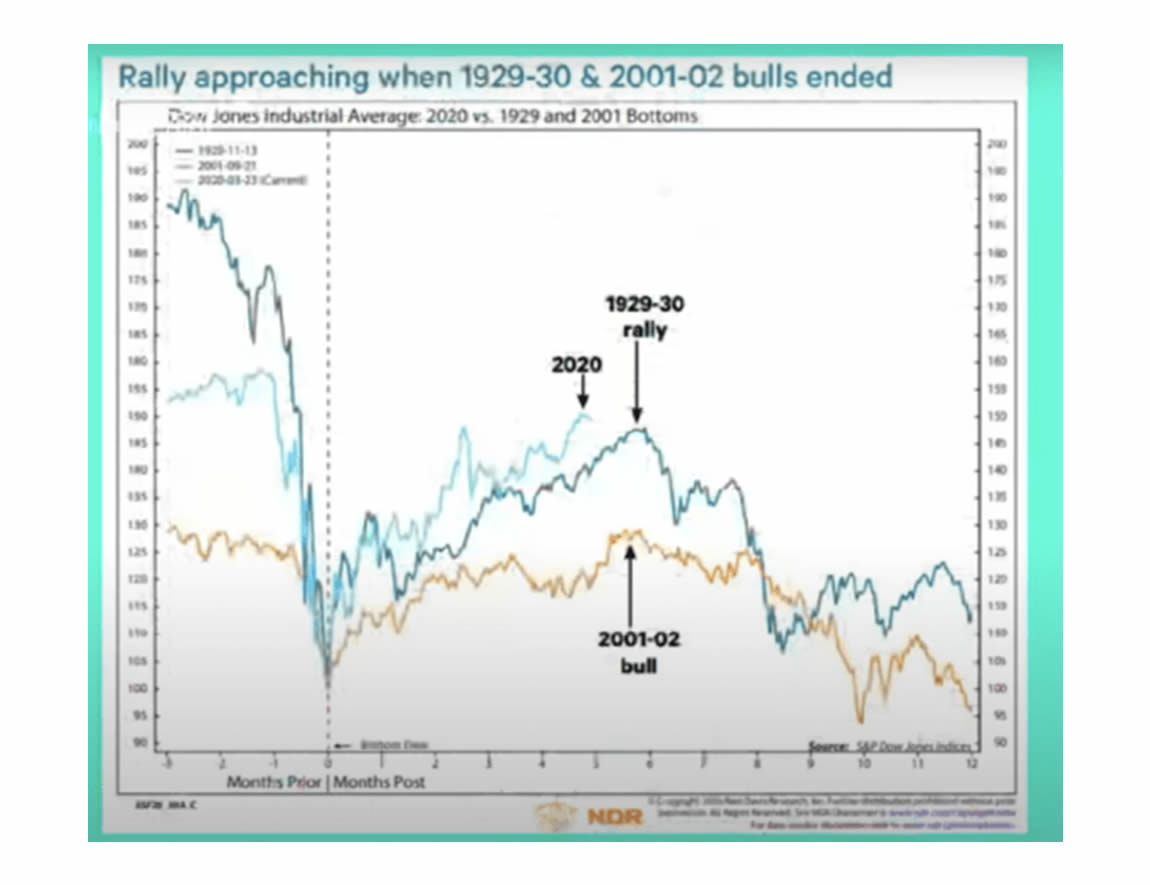 Stocks have only come back from the March lows due to stimulus and QE infinity from the US Fed Reserve.  This has already stalled and the senate seems dead set on refusing any stimulus brought forward by the President.  Therefore, stocks are not performing and a long term trend reversal looks imminent.  Neutral ATM has devoted many blogs to how the scarcity of Bitcoin works and the security of the blockchain network.  US Investors can truly count on Bitcoin as a store of value.  It has proven that time and time again.  The PayPal and Venmo news re-affirms Bitcoin as a mode of transfer.  Although that area is Bitcoin’s biggest weakness, PayPal and Venmo can really help improve Bitcoin’s transfer efficiencies.  More good news today came out from the UK.  Mode is a UK based public company investing 10% of its reserve assets into Bitcoin. This decision was based on zero interest rates and the ECB(European Central Bank) announcing negative rates coming soon, click here to read.

As currencies continue to lose value, or buying power, all over the world, Bitcoin is looking stronger and stronger as a way to opt out of central bank control of money supply and interest rates.  A person or a company can be there own bank using Bitcoin reserves, not cash reserves.  As scarce Bitcoin appreciates while currencies are being printed at unprecedented rates, an individuals savings can grow very fast in Bitcoin during a bull run.  If Bitcoin were to be considered the reserve and expenses are paid in Bitcoin, an individual is the bank!  Using an ATM to buy or sell Bitcoin makes sense in smaller quantities.  The crypto currency exchanges have lower fees but work with traditional banks who have similar fees in addition.  Plus the wait times for AML, KYC procedures are far too long.  This is not the hold up for Bitcoin ATM’s.  Neutral ATM democratizes Bitcoin for smaller companies or younger people with less to invest.  That is why we call it Neutral ATM.  Many use our Bitcoin ATM’s to buy Bitcoin and transfer into Alt Coin’s.  Low cap alt coins are popular and Bitcoin is the gateway into those as well. Bitcoin is the people’s money.  Neutral ATM is here to get everyone off of zero Bitcoin.