What’s Next For Bitcoin?

We don’t give enough credit to William Clemente on his glassnode graphs.  Below are two of them.  They illustrate very well why Bitcoin is likely still in the dip of a double top bull run (think 2013 bull run).  Retail HODLers of Bitcoin are growing faster than the Bitcoin price: 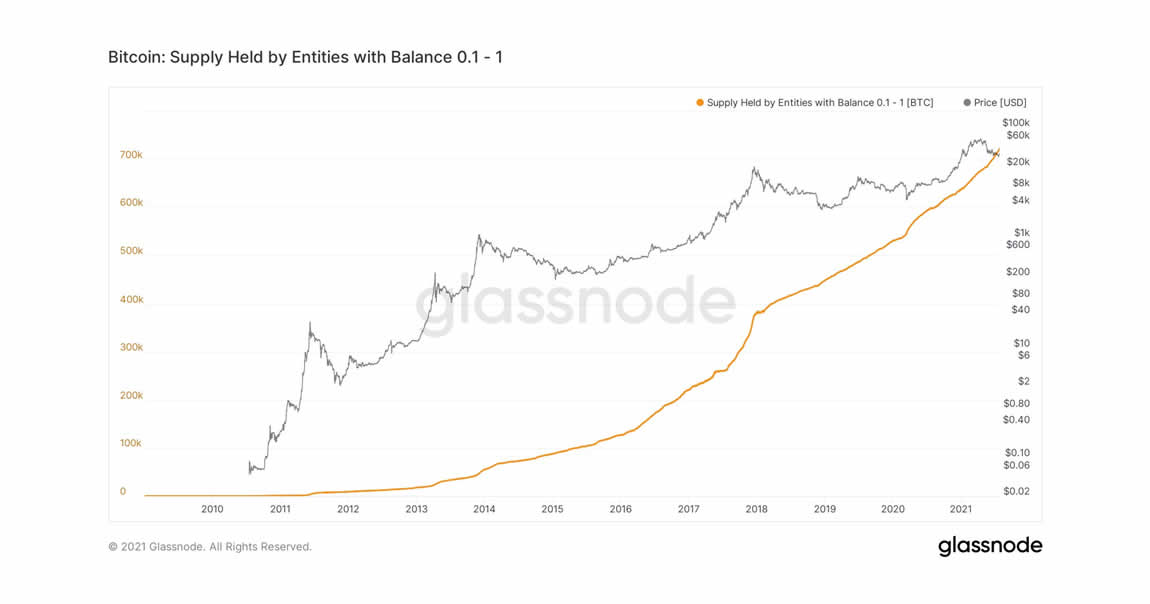 In the next chart, it is clear that since the price dip in April 2021, Bitcoin price is below the supply held by “shrimp” retail HODLers (those with under 1 Bitcoin).  Now that Bitcoin has taken a leg up to the $39K to $41K range, it stands to reason that it will eventually break out of this range and continue the bull run: 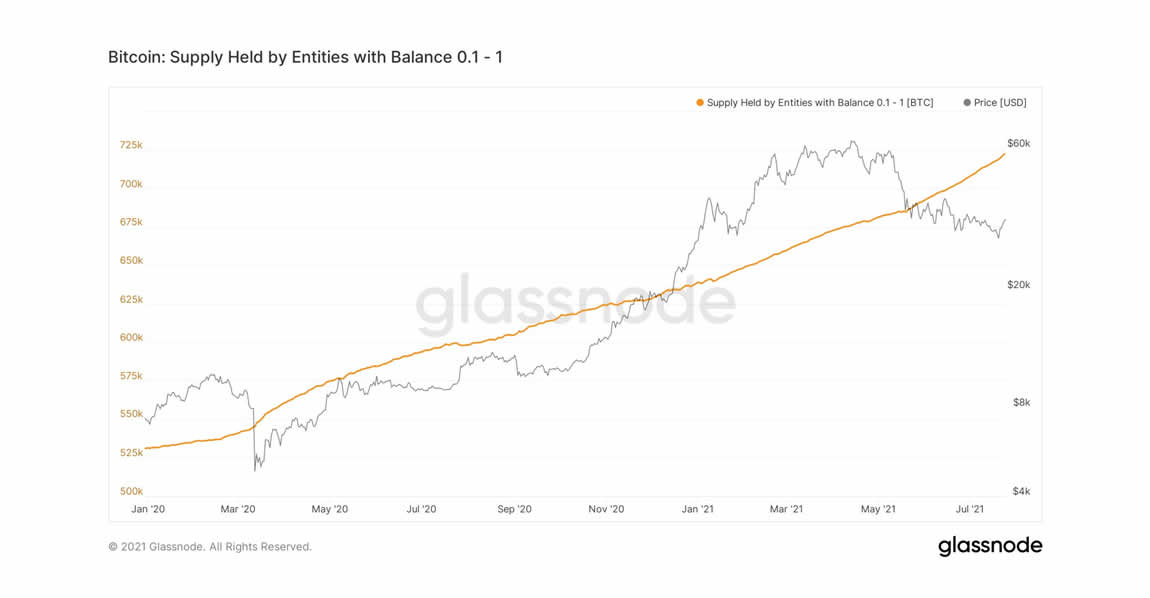 So, if you consider that retail demand is steadily and consistently growing (regardless of price action since late 2017), you can see that this keeps the floor of Bitcoin dumps higher, and allows it to run up higher in bull markets.  This chart from Awyee Bitcoin shows the price trend of Bitcoin.  Compare that, to the first William Clemente chart and the baseline for price action coorelates somewhat, with supply held by HODLers with under 1 Bitcoin:

HODLers with under 1 Bitcoin, are probably reacting to the mess that is inflation, and the Fed monetary response to Covid 19.  Yesterday, it was announced that the $6trillion infrastructure package is set for another vote and expected to pass.  We shall see.  At Neutral ATM, we hope it does not pass.  If it does.  Inflation will run up higher and stay up longer than it ever would have before.  We also do not believe infrastructure spending will actually be on a lot of infrastructure.  However, this is a non political blog.  We just know if that package gets passed, inflation will be the result, and for years to come.  This may be good for Bitcoin, but it is bad for the country.  In the below cartoon, Gold and Silver are paddling the canoe.  We guess Bitcoin is in a cigarette boat miles ahead!! 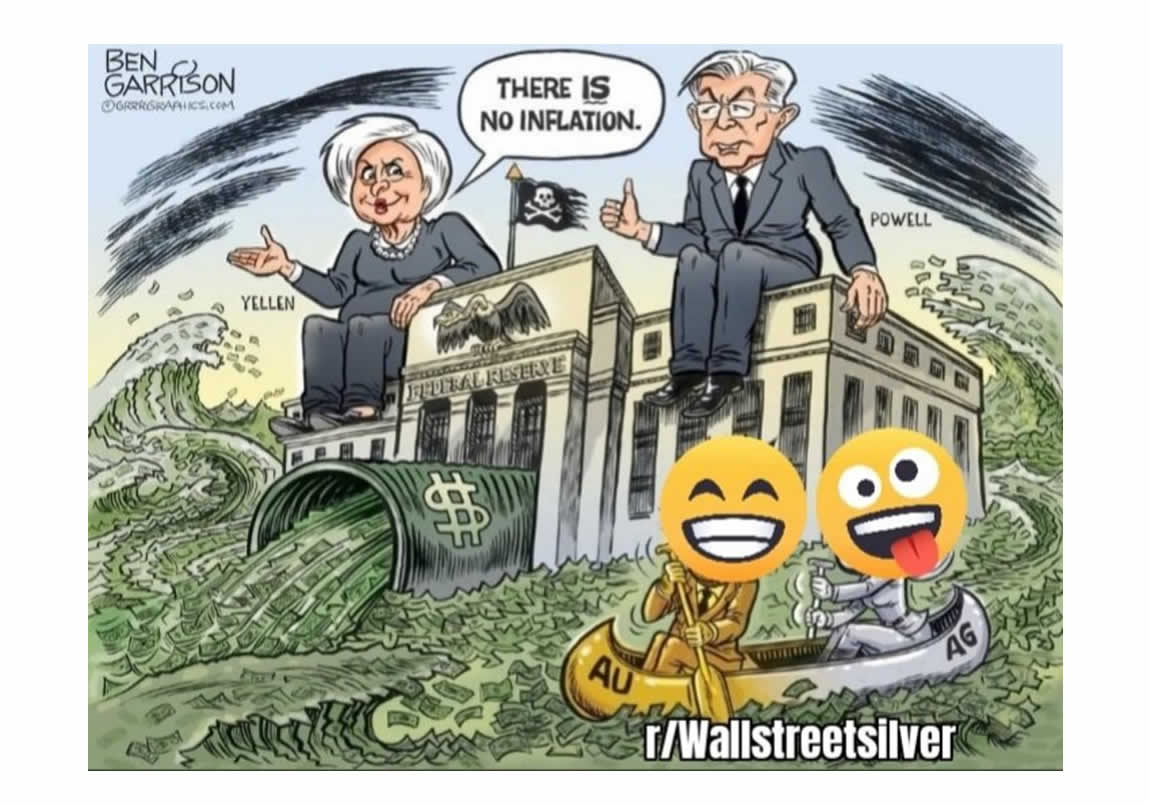 We are concerned for America!  Inflation is going to wipe out considerable wealth, and reduce standards of living for a long time.  Bitcoin is the lifeboat.  It’s scarcity, open ledger, decentralization, security on the blockchain are all reasons that Bitcoin is the lifeboat.  Now throw in the lightening network whereby Bitcoin can be sent across borders for 0.1%.  ATM machines have their place in the market, Exchanges and the Lightening network has it’s place.  All of them help adoption of Bitcoin, and usher the public into this lifeboat.  Inflation could someday start wars.  When the cost of food and energy crosses 50% of median incomes in the US.  That could begin the threshold crossing, that leads to more crisis.  Bitcoin becomes more necessary as this crisis unfolds!