Yesterday, we discussed a probable reason why Elon Musk would have tweeted about Bitcoin’s high power usage, last month.  Which droped the price precipitously.  He and Ark Invest (Cathie Wood), have teamed up to put solar power grids and Bitcoin mining together in the future economy.  Bitcoin mining will be possible in many places where solar power will be sent.  In the future.  Taking solar and waste power, or natural gas, and using that to mine for Bitcoin, the hardest money to ever exist in human history.  How can that not be front page news?  It solves problems of environmental degradation, inflation, war, poverty, in one technological invention.  Yet, to this day over 12 years after Bitcoin went live.  The masses still have some doubt?  The media is a big part of why that is.  People need to be woken up to see and understand that many of today’s crisis are manufactured.  Keeping us dependent on central bank fiat money.  A debt based blight on mankind, financially, spiritually, and from a human rights stand point.  Wars are started in order to control the Gold supply, and most recently the Petrodollar.  Inflation has ruined countless lives and sent 2nd and 3rd world countries spiraling into hyperinflation.  Hyperinflation has destroyed generations of human achievement.  Look at the stock to flow chart again: 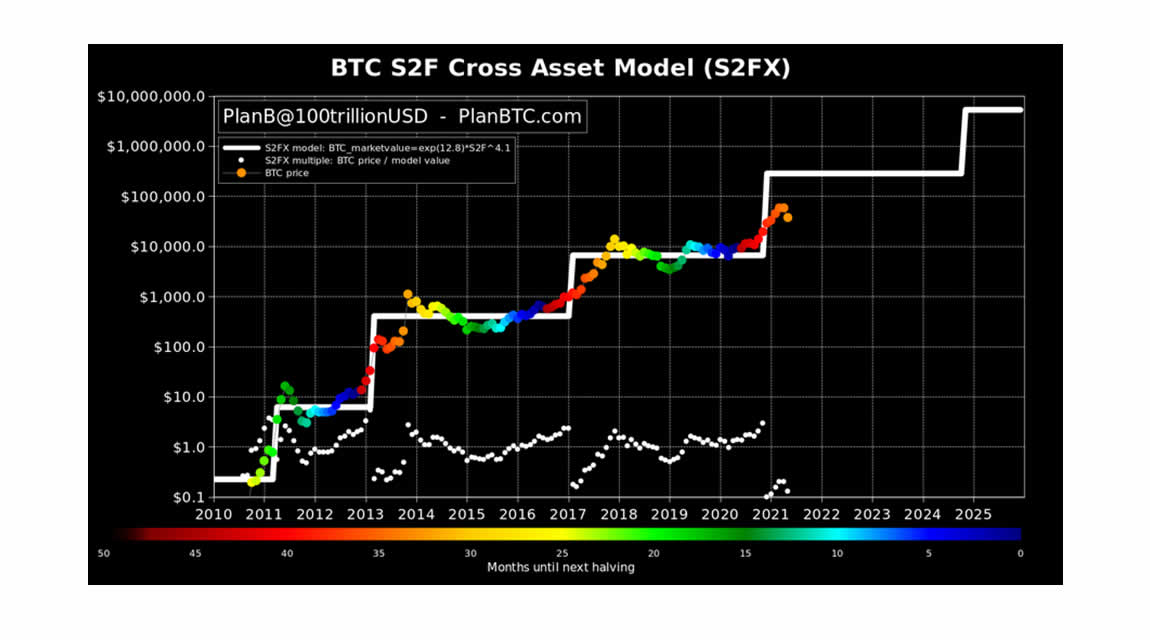 Does this not look exactly like the 2012-2013 bull run?  Have we not been comparing that bull run to this 2020-2021 bull run?  The May monthly candle was a -38% dump.  Sad.  However, it happened in early 2013.  April, to be exact.  Yet, by November of that year, Bitcoin pulled a 12X!  1200% in 7 months.  Will it do that again, in this bull run?  Time will tell.  The signs are there that it could.  The wall of money has been steadily coming in to Bitcoin.  We think the revelation about Ark Invest and Tesla is huge!  See this article below, regarding how under priced Bitcoin is at this present time.  Onchain analysis shows Bitcoin is healthy and in mid bull run form.  Coins are being bought up by retail right now, and the large holders (whales) are doing some trading and waiting for dips to buy back in.  Bitcoin has re-accumulated and consolidated for 14 weeks.  This bull run is NOT over!  Once the whales start adding more accumulation to their wallets again, that should be the last shoe to drop.  Watch for the break out on twitter.

Speaking of breakout, the next two charts below, show Bitcoin breaking out of a symmetrical triangle right now.  Is this the big one?  Maybe not, but Bitcoin is a ticking time bomb ready to explode.  Will it be June, will it be July, and most importantly.  Does it even matter?  The bottom line for Bitcoin is if, not when.  Bull runs always last 18 to 24 months.  They don’t repeat, they rhyme.  Neutral ATM has believed for a while now this bull run is rhyming with 2012-2013!  We admit, that eventually the future bull runs will be more tame than they are now.  However, that won’t be until Bitcoin has truly majority adoption worldwide.  That could take 12.5 to 25 years.  Front run the central banks, institutional investors, hedge funds, and most importantly.  Front run the $200 trillion bond market which has not yet switched from bonds to Bitcoin.  How long can they wait?  Valid question.  It may take a few more years.  As far as the wall of money has climbed, during this bull run, and watch for future FOMO later in 2021!  Think of how many investors will climb out the risk curve into Bitcoin searching for yield.  They cannot wait forever!  It will happen eventually.  Now, back to the charts below: 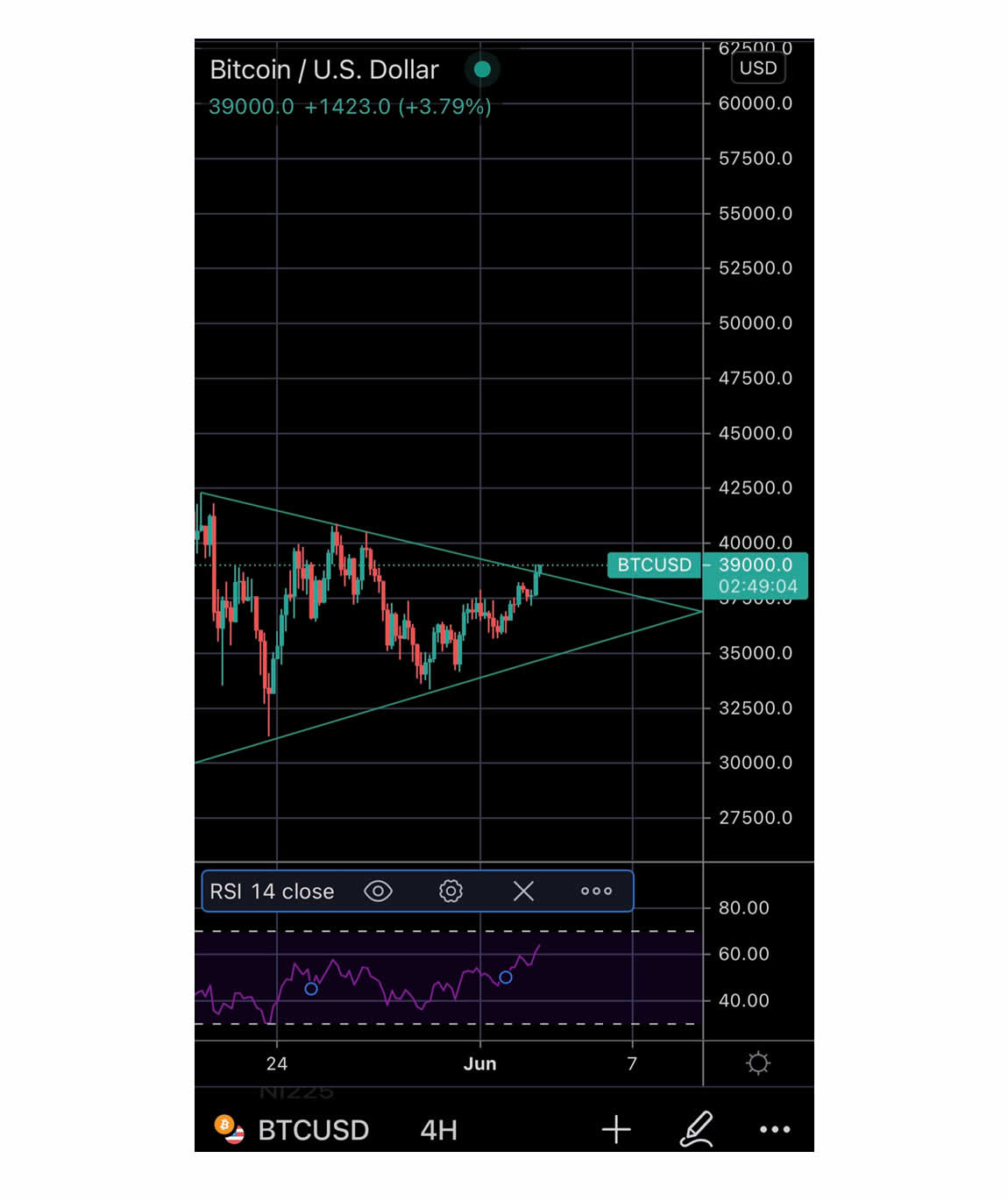 Break outs turn into fake outs, so nothing is confirmed.  We remain patient and cautiously optimistic.  Yesterday through this Friday is the Bitcoin Conference 2021 in Miami.  Looks like everyone is having fun!  Sorry we are too busy to make it this year.  Next year we are going for sure.

Bitcoin is the greatest monetary invention of this generation.  Own it while it is consolidating.  It is getting expensive soon!