Use Bitcoin, Free The World!!!

Ark Invest (Cathie Wood) and Tesla (Elon Musk) have teamed up on Tesla solar batteries used to run Bitcoin nodes.  They want to ramp up the use of Tesla solar batteries and the associated panels, in order to mine Bitcoin!  It has now come out Tesla is running Bitcoin nodes!  Thus, the negative tweet from Elon Musk back in May was to bring awareness of his and Cathie Woods investment in impacting solar Bitcoin mining and nodes.  Neutral ATM will begin running a node and at some point in the future we would be inclined to begin using solar powered Bitcoin ATM’s!  We see a future where solar powered Bitcoin mining can use up excess power (it can be solar, it can be from natural gas). Converting either to energy is not an issue at all.  The point is, the negative tweet last month from Elon about Bitcoin’s power usage was because Tesla is working on the solution with Ark Invest!  In the chart below, solar installation power in mega watts (y axis), is compared to the battery system capacity (MWH), (x axis): 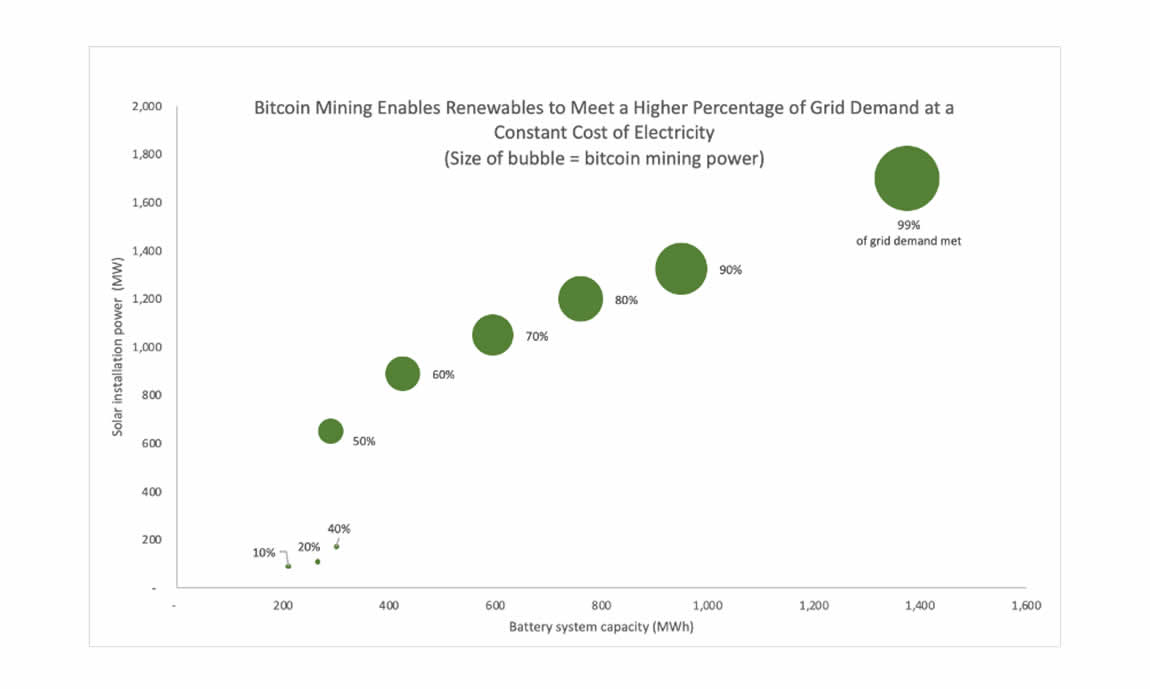 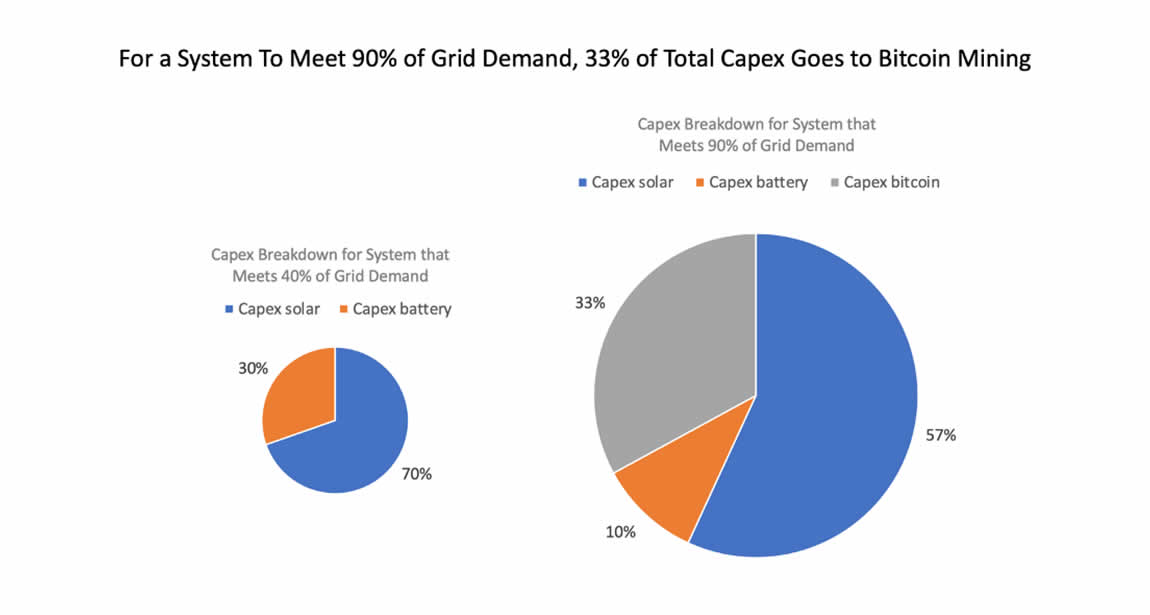 Once grid demand is high enough, 1/3 of all grid demand can go towards Bitcoin mining.  Solar powered grids can power off planetary installations.  Here is the full article, click here to read.

This next video shows how humanitarian Bitcoin is.  53% of the world’s population lives under hyperinflated currencies, in tyrranical regimes for a government.  Bitcoin gives these people a private, peer to peer network by which to transact inexpensively and far faster than a bank.  Bitcoin is unconfiscatable.  Especially, if one leaves it off an exchange, and puts it into an offline wallet.  Trezor and Coldcard are our recommendations, click here to view on twitter.

Fiat currency is in it’s final stage, death spiral now.  Paper money is worthless.  How soon will the people learn this? Click here to view on twitter.

See this video of Elon Musk and Cathie Wood, two of the largest Bitcoin holders in the world, agreeing that paper currency is going away.  Instead of shock and awe at this revelation.  Research, learn, invest in your own personal education!  It is never too late.  Fiat currency will keep inflating, it will inflate assets like real estate, and stocks.  Crypto currencies will benefit the most from this asset inflation.  Yet we still submit, money is not the best reason to own Bitcoin.

Neutral ATM believes in the re-use of energy from wasted natural gas or energy.  As we have said in previous blogs 160,000 terra watts of power is created in the US and 60% of it is wasted.  Using up waste power or energy on Bitcoin mining is recycling resources to create the hardest money known to man.  That is a worthwhile cause!  Look for our solar powered Bitcoin ATM’s running nodes on the blockchain, empowering the world to be there own bank!  Solar powered Bitcoin ATM’s are’nt commercially available today, but when they are.  We will be involved.  It will happen sooner than many think.  The wall of money is coming in to Bitcoin.  That is why we have seen so much price manipulation and wash trading going on, over the last 90 days.  We see this re-accumulation period continuing for a while longer.  Impossible to say when Bitcoin will truly break out.  It will be obvious when it does happen.  Until then, concentrate on how much Bitcoin you have and ignore (as best you can) the price.  Today, Bitcoin is an accumulation game.  It will remain that way for the forseeable future!  Central bank money printing is not going away.  That should be obvious.  In the US, 2020 saw $6 trillion plus of money supply growth.  If the Biden proposal passes in a month or two, the US money supply growth by July/August 2021, will be over $8 trillion.  No wonder the Fed discontinued the M1 and M2 Money stock or supply tracking chart.  Here is the latest version as a visual aid: 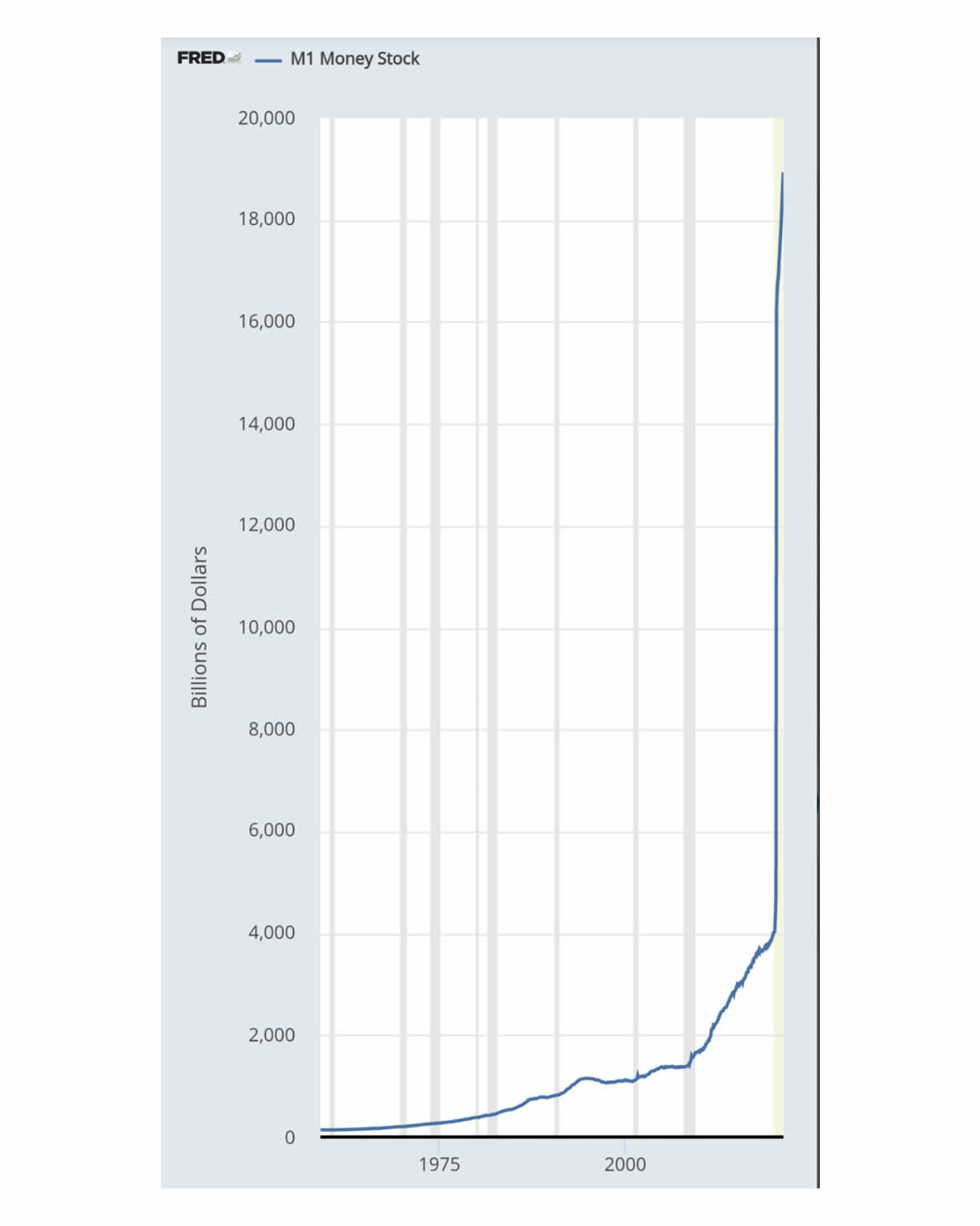 Remember, money stock or supply is growing even faster in Europe.  This is a global fiat currency, inflationary event.  The WEF coined the phrase the great reset.  They did that because they knew the death of paper, fiat currency was looming.  Don’t believe us!  Here is a final chart proving how the Fed is controlling the bond yield curve.  It is trending up, and the only way to control interest rates is to print.  Controlling the long bond yield curve will keep all central banks printing currency and devalueing it’s buying power.  The world is waking up to decentralized digital currency.  Here is the chart, showing how the US Fed is controlling Bond yields through QE: 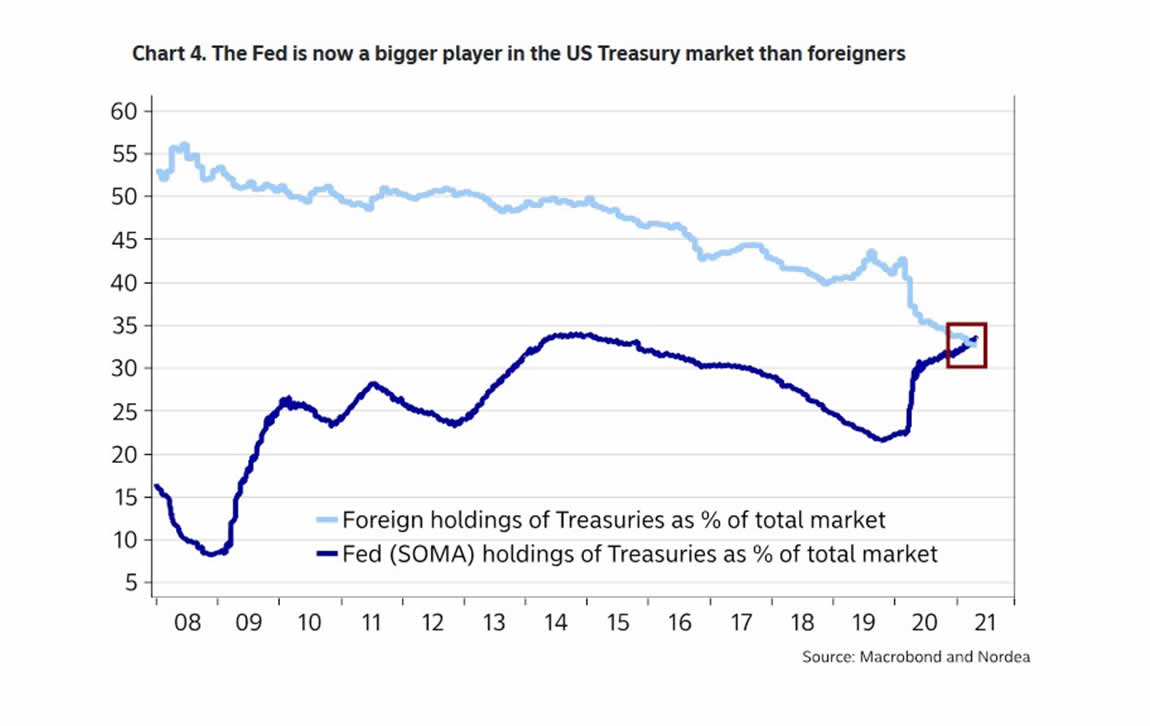