Everything that measures Bitcoin adoption is trending up, with the exception of transactions on the blockchain.  Nobody is selling their Bitcoin except traders.  The majority of all Bitcoins in circulation are stagnant, not selling, HODLing.  The chart below shows every parameter considering Bitcoin future positioning is pointing up.  Bitcoin has illiquid supply shock, exchange supply shock, LTH supply shock, and highly liquid ratio all way, way above the actual price of Bitcoin.  This, and all of yesterday’s charts are called chain analytics.  They measure the behavior of Bitcoin investors.  There is holding and no selling, supply is down as miners are not selling either.  Coins produced and being bought up.  Eventually, price will react to this: 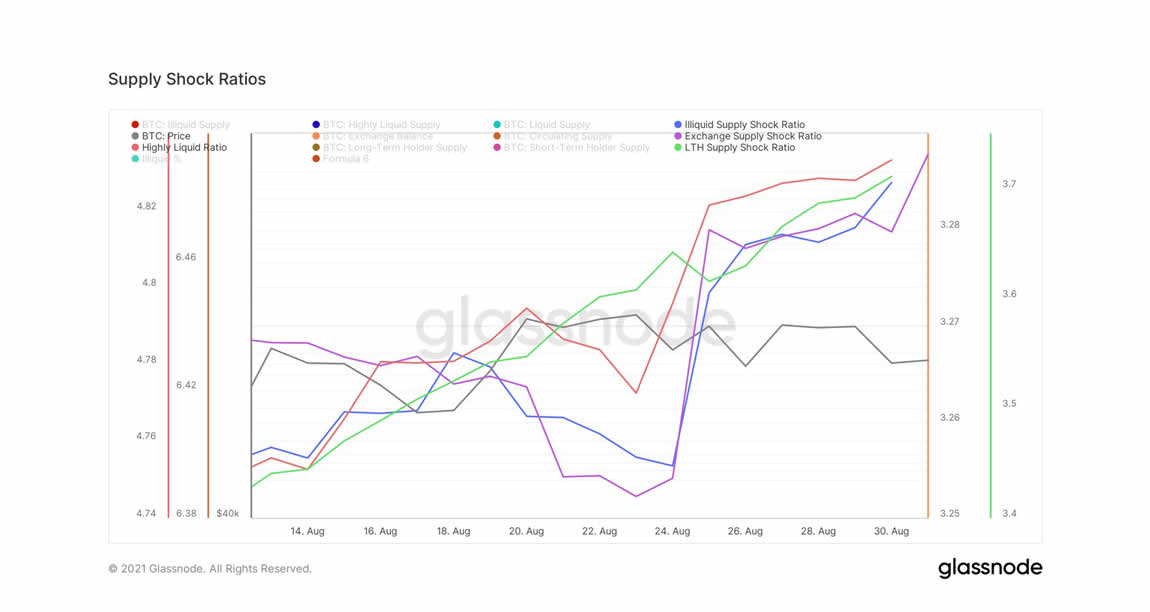 We are thinking mid September to mid October, at the latest price action will break $50K.  It may find resistance at $60K for the next 6 weeks.  Above that, there is a little resistance, and Bitcoin will be able to run.  Keep in mind, the outrageous P/E ratios in the S&P500, and Nasdaq right now.  When the expected stock market crash happens this fall, we expect that money will flow to Bitcoin along with Gold and Silver.  Bitcoin appears most likely to be the biggest recipient.  Digital technology is simply superior to precious metals.  It has proven itself to be more scarce and a better store of value, for 12 years plus.  We still hold Ethereum and believe that will see a lot of benefit from this as well.

Below is the stock to flow chart and it shows Bitcoin closed August at $47,156 which was expected months ago.  The stock to flow chart is NOT invalidated.  Supply shocks from the miner reward halving, every 210,000 blocks produced, still create parabolic price action as this model predicts: 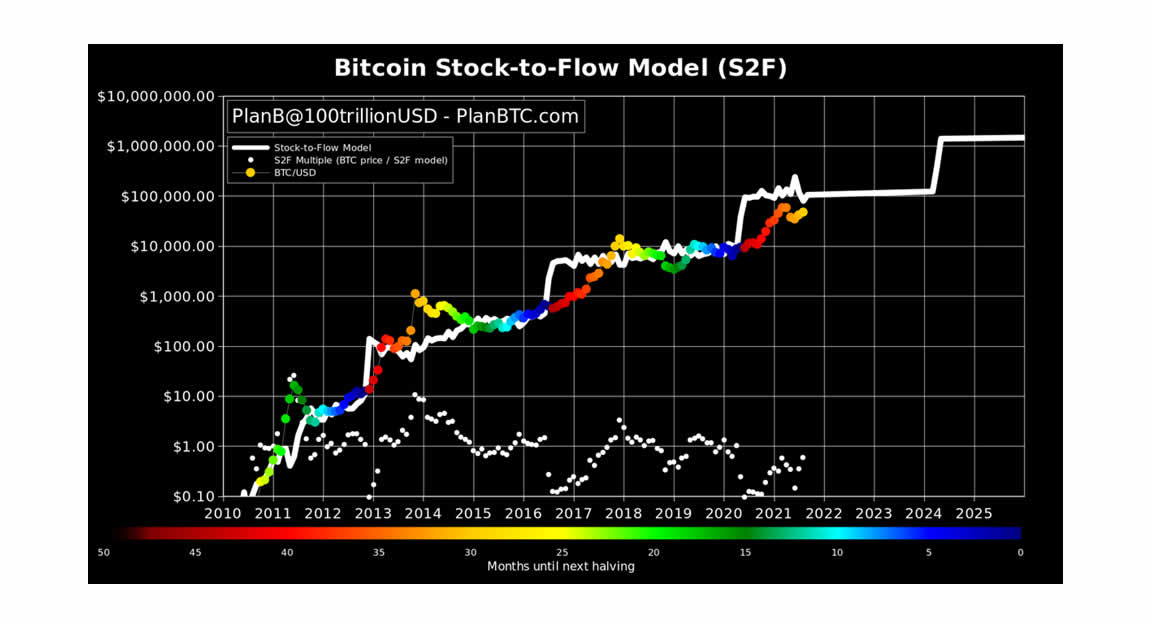 There is no reason to invest for store of value in anything but Bitcoin.  If you have to diversify into something else, use Ethereum.  But Bitcoin is the longest running, most scarce, most secure blockchain, and the biggest threat to the USD, to take over as global reserve currency.

The e-yuan, CBDC (central bank digital currency) from the ECB, the FED, Australian Central Bank, or Canadian Central Bank.  These will all have behavioural economic traps in them.  For instance, shut off features if the user is behind on vaccine boosters, disagrees with a government policy publicly, any similar behavioral modification they can control through digital currency.  Bitcoin offers decentralized digital currency.  The IRS treats Bitcoin as property.  Not currency, which is a tax advantage, if handled properly.  Over 10% of Bitcoin is mined offline.  This is the better choice!  This chart below sums up the supply shock ensuing right now in Bitcoin: 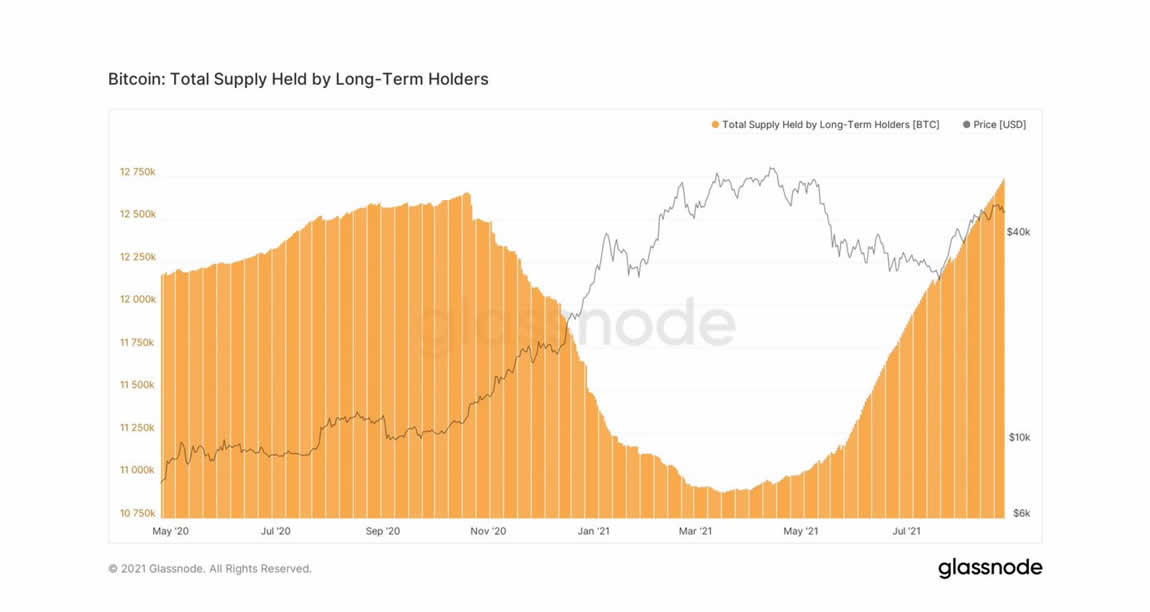 It will take some time to play out.  Get ready for the price action now, before it is too late!