Time for Cheap Bitcoin is Running Out

bitcointreasuries.org is a list of all the large corporations that are using Bitcoin as a part or a majority of their reserve assets.  It totals $5.5Billion!  Many think Twitter, Tesla, Apple, and others will join at some point.  Time will tell.  Many small businesses not on this list use Bitcoin for their reserve asset as well.  The prospects of holding cash in a reserve account is very grim.  Inflation coming into 2020 was 8% to 13% depending on where you are. The west coast and northeast have the highest inflation.  See this index for proof of inflation:  www.chapwoodindex.com.

This means that every dollar in reserves loses value each year by the above percentages.  Lost buying power is future lost money.  It doesn’t matter which store of value is chosen.  If the store of value for reserve assets loses value over the following year after it is deposited the net worth of the whole company goes down.  Acquisitions, debt, possibly employee retention are all impacted.  Is Bitcoin a good store of value?  See this yearly candle chart for proof that it is.  2010 was a huge growth your too, but not listed here.  That’s 82% of the last 11 years Bitcoin has seen huge growth.  The dollar has lost value 100% of the last 11 years. 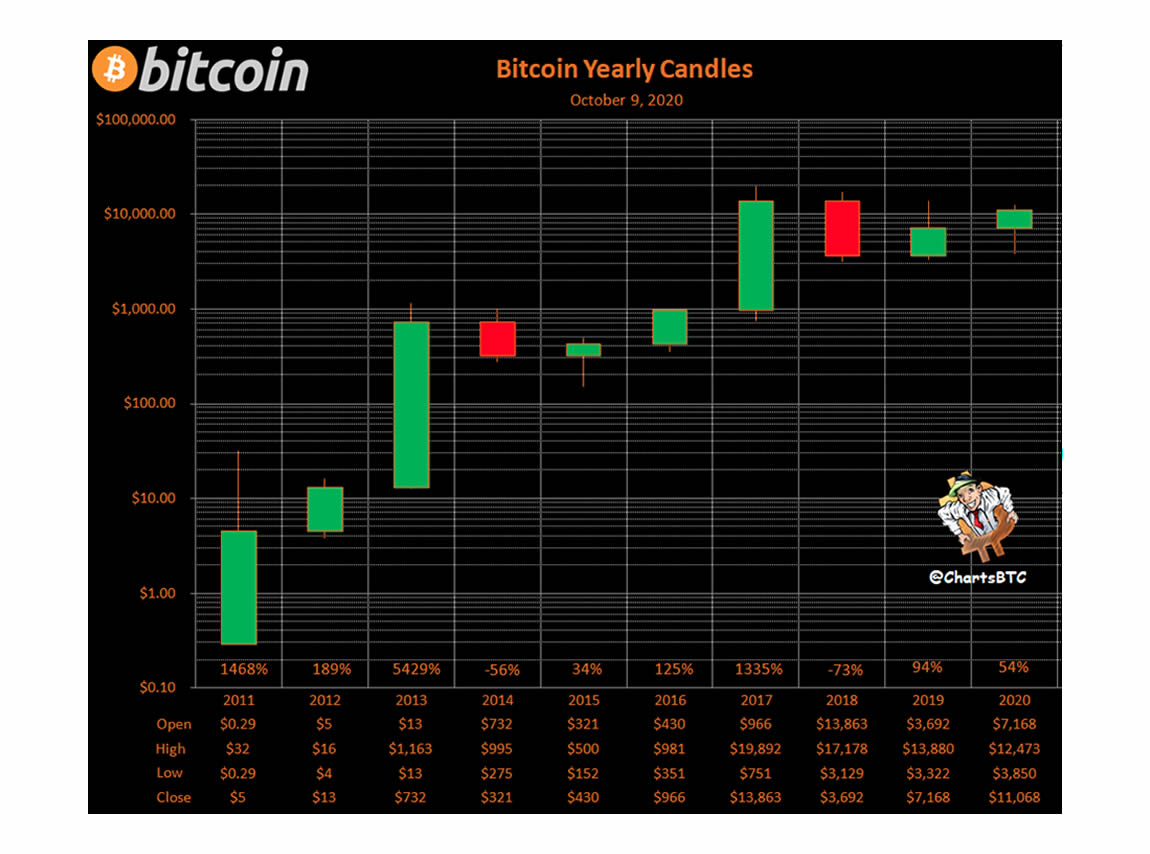 Bitcoin has also seen other metrics like hash rate, hodl wave, realized cap accelerate as more adoption into Bitcoin speeds up.  Adoption means more companies and individual’s buying up Bitcoin.  HODL means hold on for dear life.  It’s a term coined a few years ago for Bitcoiners buying and not selling their Bitcoin. 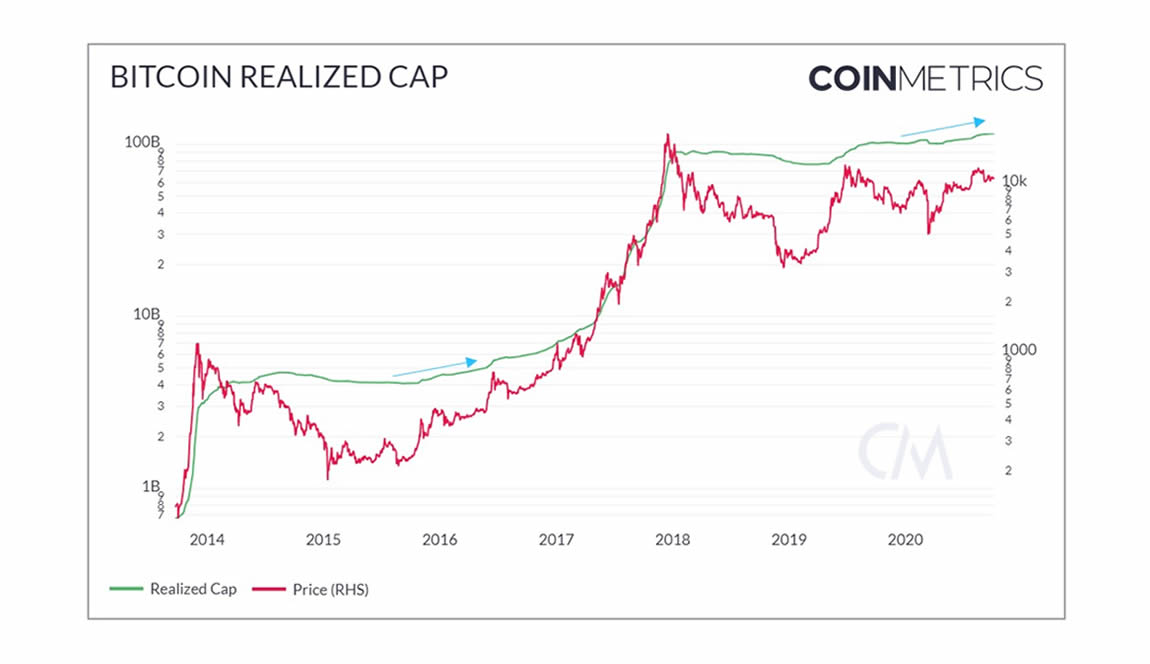 What is pushing Bitcoins price right now?  The halving from May 2020 cut the reward of Bitcoin given to miners coding to create Bitcoin.  When it is created and then a halving occurs every 4 years.  The scarcity increases and after some of the miners do capitulate, the remaining are far more efficient and they raise the hash rate eventually.  Therefore, it takes a few months after the halving for the bull market to start in earnest.  We are getting to that point now.  To throw gasoline on the fire.  The congress and senate are discussing a $1.8Trillion stimulus after earlier this week the negotiations ended.  I personally would be shocked if the result is less than $2Trillion in stimulus.  This will catapult Bitcoin because the smart money is getting out of the dollar, fast!  Right now the economy is in stagflation.  After the election and into 2022, it may move beyond that into rapid inflation.  Time will tell.  Below is a chart showing Bitcoin’s price action since August 1st.  The 200 week moving average in black is ramping up at a steeper rate now.  The 50-week MA in purple is has come down due to the September 1st pull back and consolidation.  Now the 20-week MA in blue is increasing and appears to be steepening due to the rapid recovery in Bitcoin’s price action this week.  As all three moving averages steepen in the next few weeks, Bitcoin price action will as well.  After the election should really show some growth opportunities.  The store of value narrative for Bitcoin has never been better than right now.  2021 and into 2022 should be very interesting.  central banks may come out with their own digital currencies.  However, Bitcoin adoption will not be slowed down by that.  Why?  Because there is little difference between fiat currency and central bank digital currency. 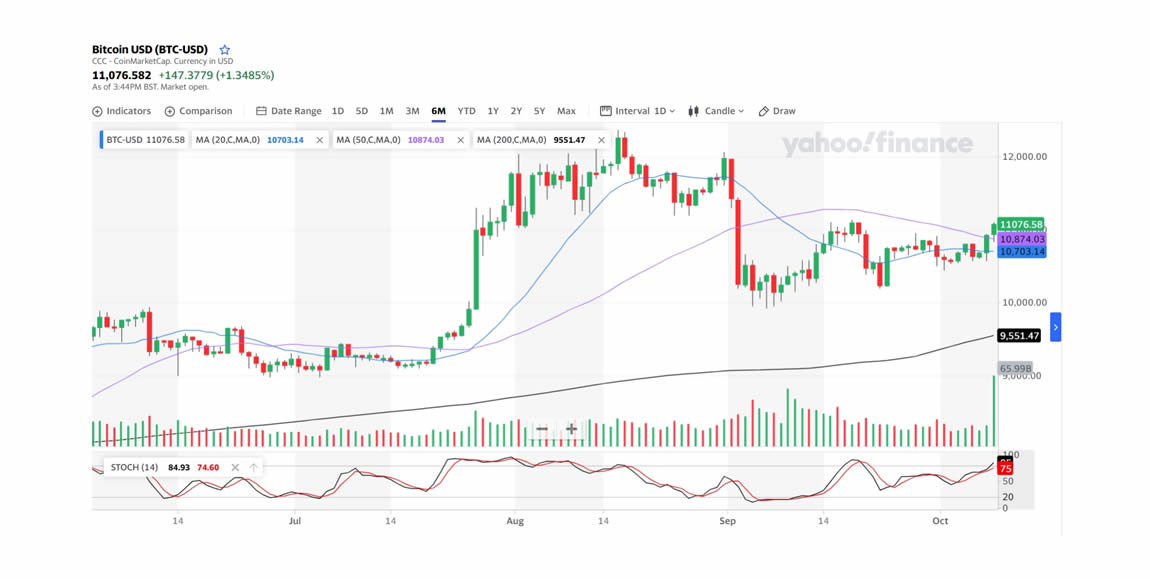 Buy Bitcoin now while it is still affordable. Neutral ATM sells it for as little as $20. Bitcoin comes in 1/100millionth fractions called satoshi’s. Let Neutral ATM help you get off zero.