2020 continues to provide supreme drama like no year ever has before.  The gifs and memes keep coming!  Below is longterm view of Bitcoin bull and bear cycles.  It is clear the cycles are lengthening and that appears to leave less room in each cycle for the bear part of the cycle to crash as much.  Peak to trough 2014 & 2015 bear market was a 85% crash, yet the 2018 bear market was a 80% crash.  If this market tops out in the $100K to $200K range it may not drop below $20K in the bear market or even higher than that.  Therefore, if this bull market behaves like past ones have, Bitcoin is still cheap at $15,369 presently.  It appears to be consolidating again between $14.6K and $15.9K.  Bitcoin will break up out of this pattern in the next week or two, perhaps sooner. 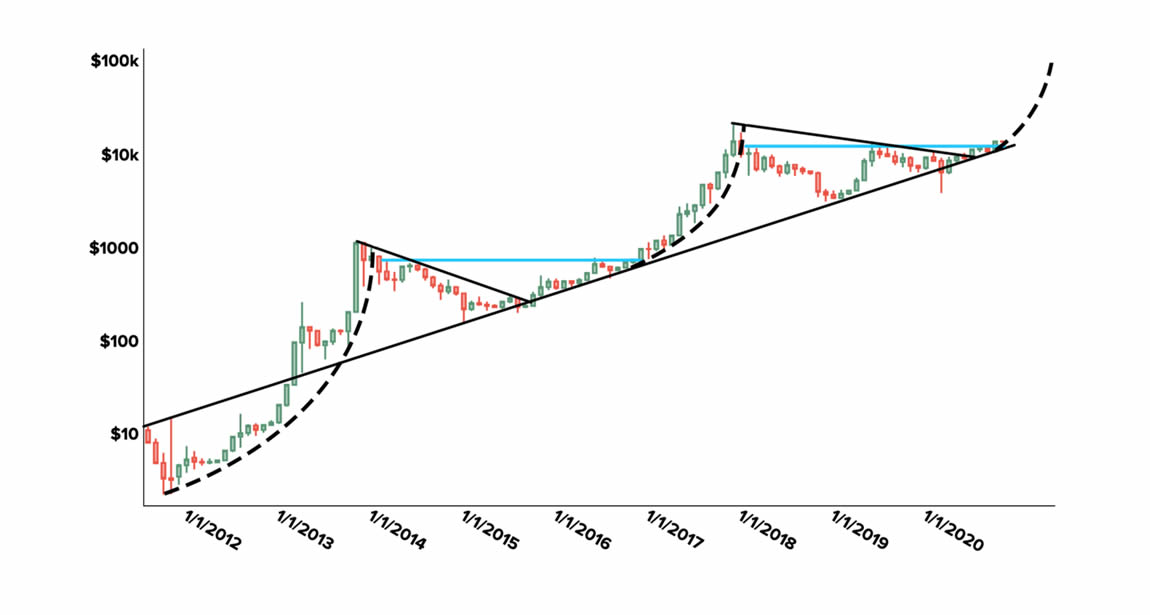 Below is a Gold chart.  Gold is breaking down while Bitcoin just accumulates above $15K.  Even though Nasdaq, SPX, and DJIA are spiking much higher today after the vaccine news was released by Phizer.  Here is the Gold chart. 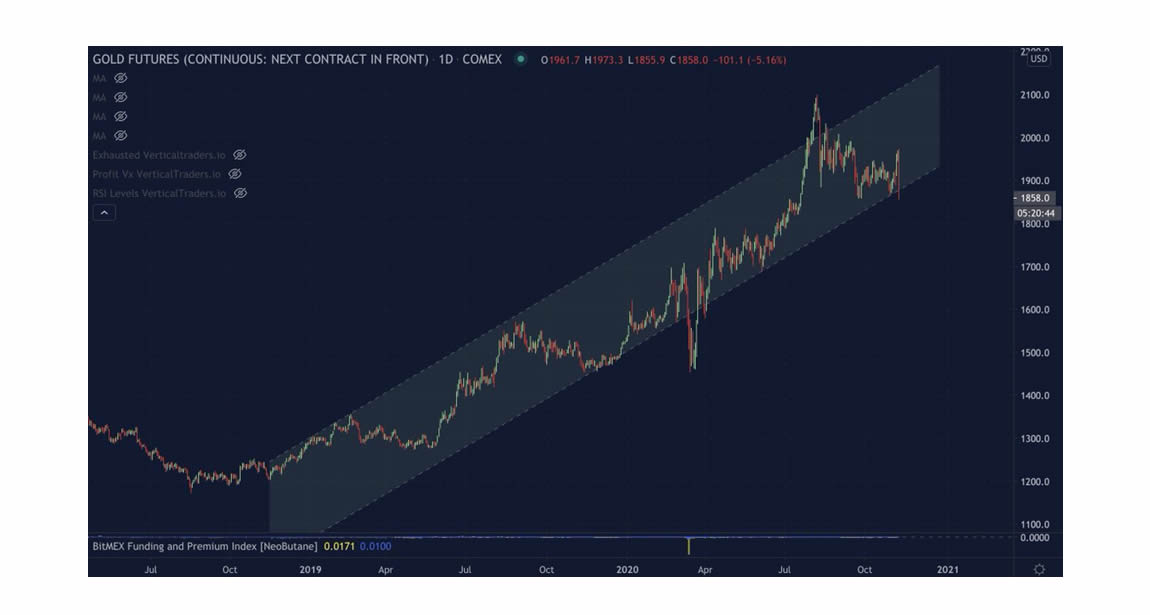 Long term Gold is still a good investment but compared to Bitcoin it pales.  Neutral ATM will always have Gold as it is a great store of value.  We will always believe Bitcoin beats Gold as a store of value and now Stanley Drunkenmiller and Paul Tudor Jones agree with us.  We have been long Bitcoin since mid march.  We are frontrunning the Fed and any of our customers can too.  Buy and sell Bitcoin with lower fees and less hassle at Neutral ATM.  Neutral ATM is here to get everyone off of zero Bitcoin.