The tipping point has been reached, what next for Bitcoin?

The railroad strike appears to be moving forward, since there was no headway made last week or over the weekend.  The reason, sick pay.  91% of union workers get sick pay.  But not railroad union workers: 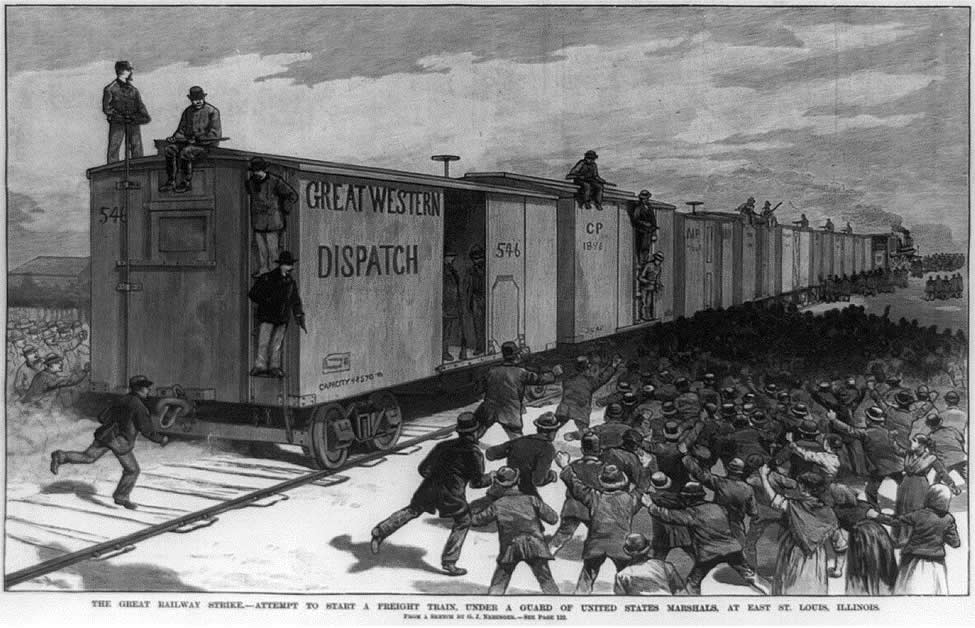 Above is a picture of the 1877 railroad workers strike.  That was a major stock market crash year.  Bodes very poorly for 2023!  Stocks will tank, that is our projection.  As rail shipping costs skyrocket, what does that do to raw material costs and inflation?  Remember, the SPR (strategic Petrolaum reserve) is at all time lows.

James Mackey
“Biden stops SPR releases less than 1 month after midterms, desperate for OPEC not to cut oil production Sunday.  More claims of refilling it at $70, but no oil futures bought.”

So a railroad strike and a Diesel shortage combined with extremely low Oil reserves in the SPR.  This will create a molotove cocktail of energy crisis issues next year!  Rail shipping, oil, and diesel costs will skyrocket.  This could create out of control inflation, combined with a worsening raw material shortage due to the rail situation.

We know we have stated Bitcoin found it’s lows, however this situation points in a different direction!

It is not easy to foresee how this will go in terms of it’s impact on Bitcoin’s price.  One thing we do know, the price of Bitcoin does not matter short term!  Inflation has not been, and likely cannot be controlled.  Look at these next two charts regarding the DXY chart falling, and the 2 year Treasury Bonds falling: 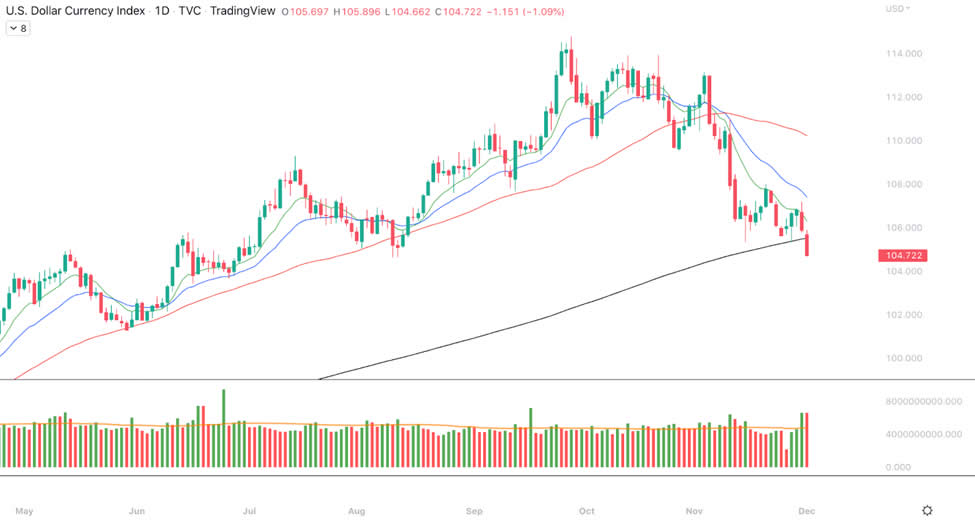 The DXY has dropped over 5% in one week! 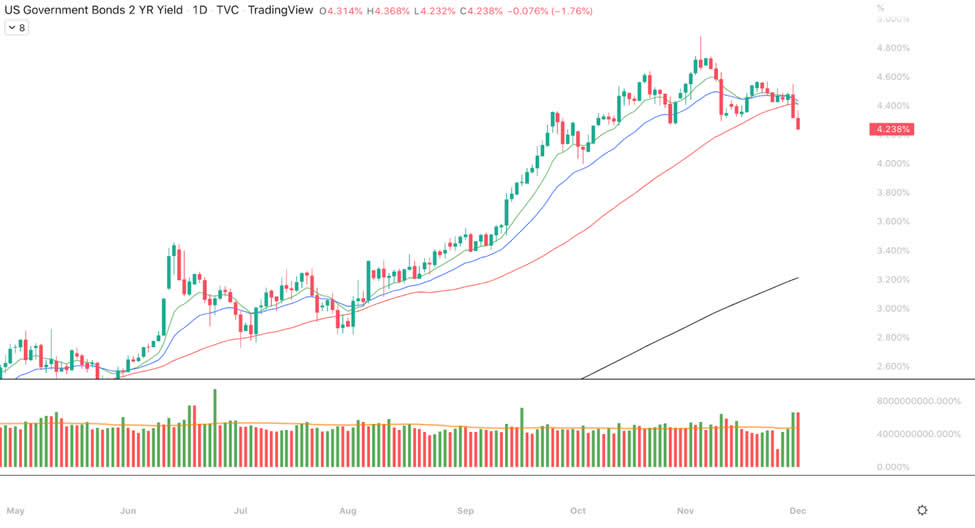 Short term Bond yields are beginning to drop off!

This next FOMC announcement on Dember 14th will be huge!  Charlie Billelo thinks another rate hike is required.  Due to this chart showing CPI is above average hourly earnings, since mid 2021: 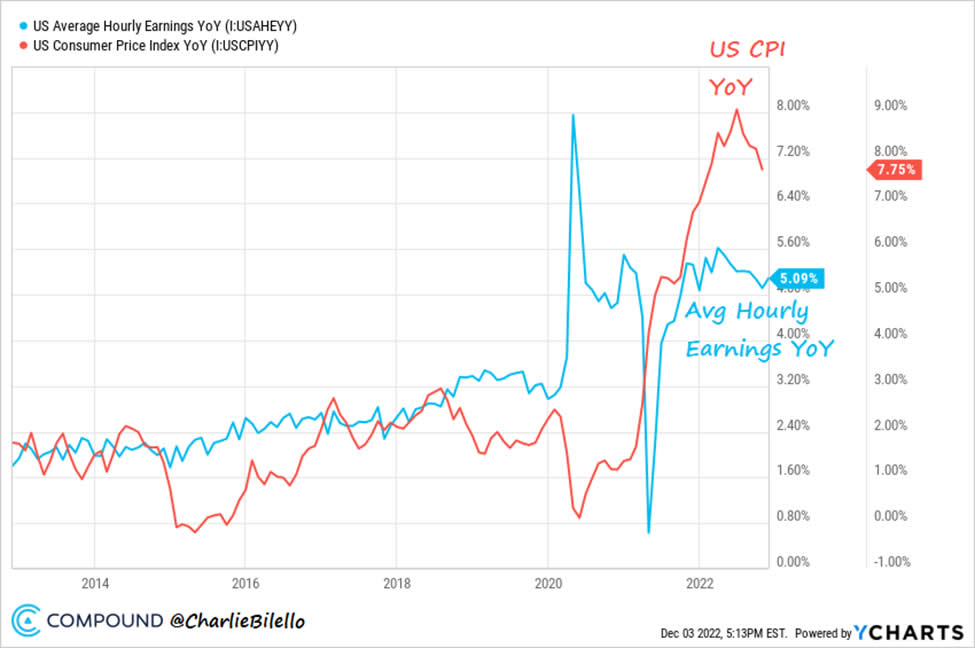 Powell was dovish last week, the rate hike could be 50 bps instead of 75.  That appears likely.  Which means, inflation will make a turn next year.  Let’s see what happens! 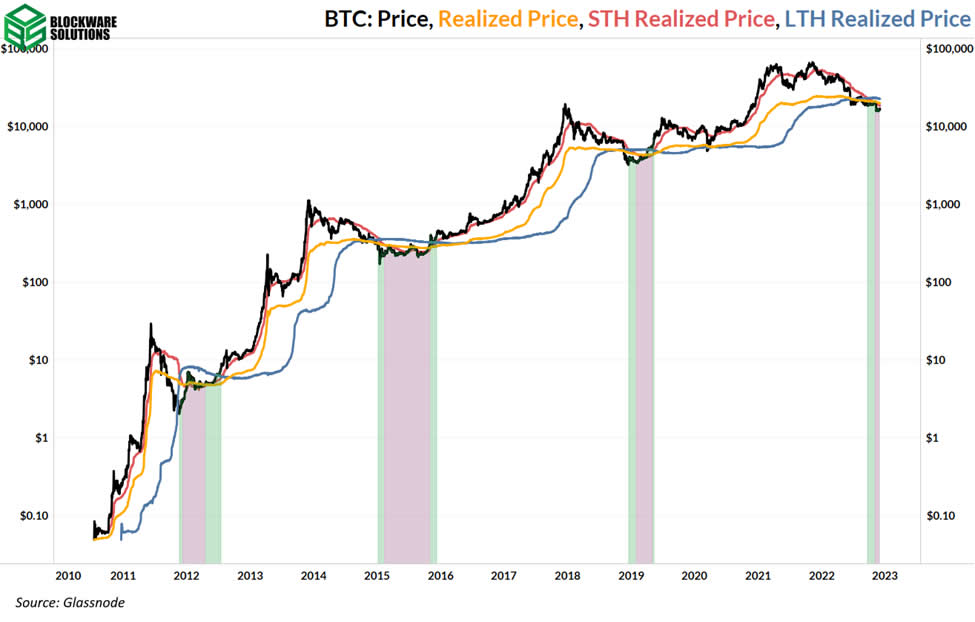 Thus, it appears some time in the 1st quarter 2023 Bitcoin will have spent enough time below the realized price, to end the bear market.  We need to keep watching this chart, and watching for the MACD cross, which we mentioned last week.  Until this cross happens, it is NOT confirmed: 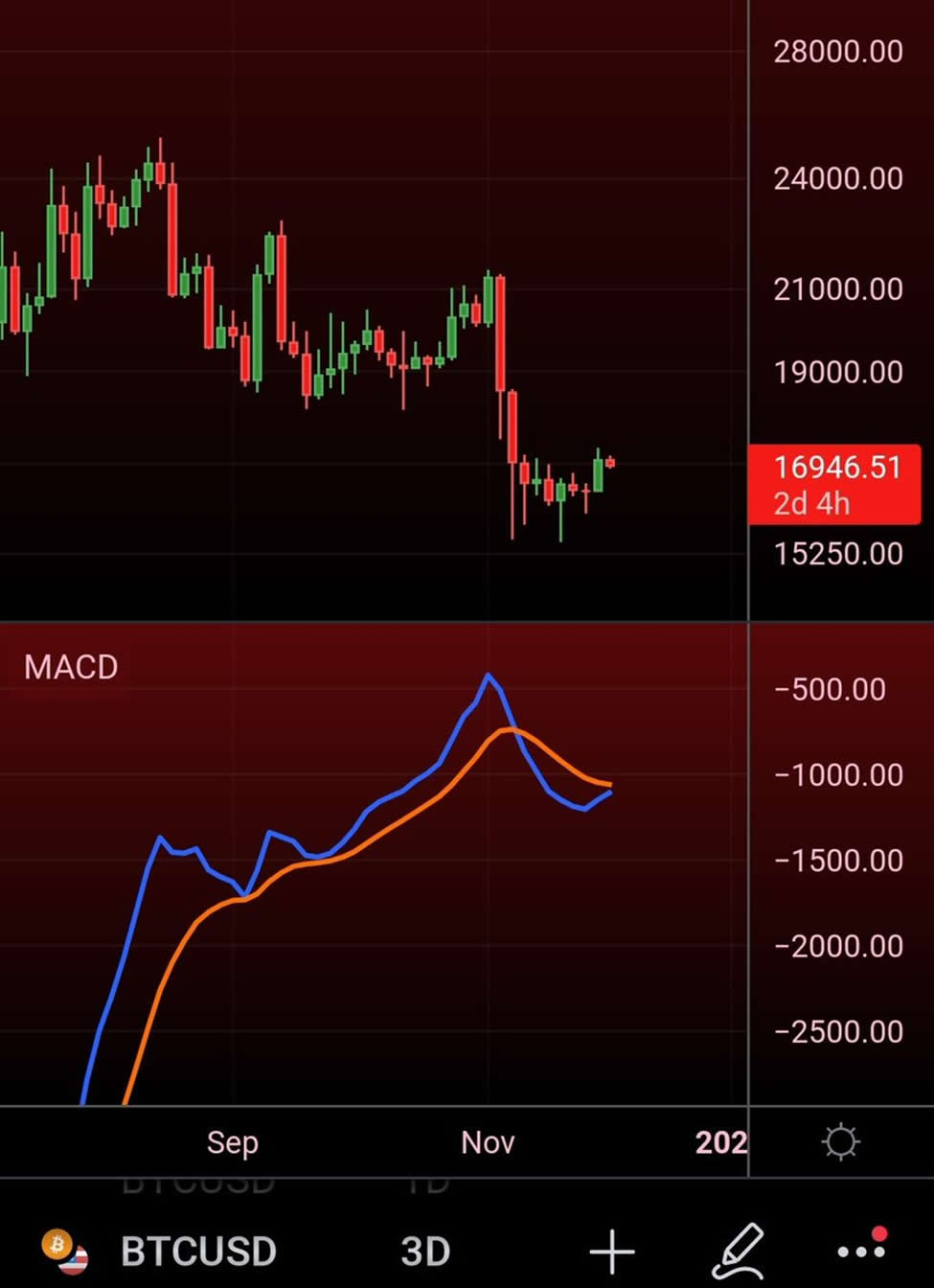 No news until the MACD cross is confirmed.  It has NOT happened, and is NOT confirmed.  So we wait.  A war of attrition!  We are not financial advisors, and this is not financial advise.  Bitcoin is printing new blocks every 10 minutes.  The blockchain is as healthy as ever.  Hashrate is up, and we are expecting a difficulty adjustment drop.  Will this difficulty adjustment drop give miners enough of a push to get the MACD cross??  Time will tell.  We have to wait this bear market out.  The recent price increase could be a bear flag.  This could go either way, short term.  Long term, all is going exactly to plan!