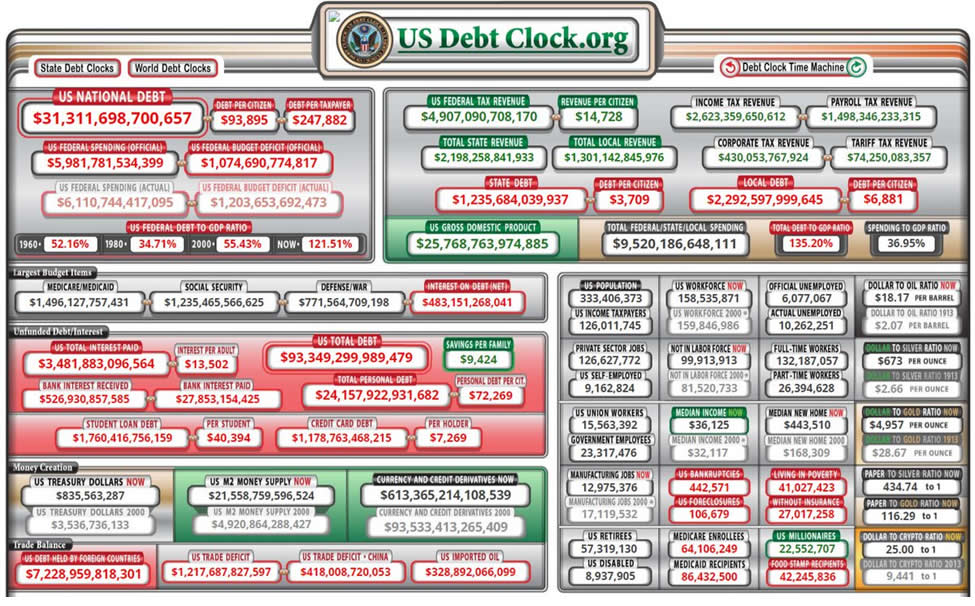 What the public has to understand is that inflation cannot be controlled because the debt is too high.  Therefore, we are heading into a boom bust stagflationary cycle whereby the global economies are stagnant in terms of growth but high in terms of inflation.  Thus, stagflation.  This is caused by a global economic catalyst; China.  They have a declining demographic ratio starting this year and into the future for over the next decade.  So does Japan and North Korea.  Thus, China will have to create wars to distract their people from their enormous debt and incoming inflation.  The US is in a similar mode, but in better shape than China.  This is why this time period we are in now is the fourth industrial revolution.  The first was around the revolutionary war period, the second around the civil war period, the third around WWII period, and then the present day.  This applies to monetary policy in that central banks will be under intense stress due to this upcoming period of even more increased inflationary stress on central banks.  They will have to keep competitors held down.  Notice why Gold has a (dollar to gold) ratio of $4,975 to 1. Silver has a ratio of $675 to 1.  This is listed on the above debt clock chart.  These are the prices Gold and Silver would be if there was no paper futures market for those two commodities.  Bitcoin does not have a ratio listed on the debt clock but it would be much higher than Gold and Silver if it was listed.  These are the main three enemies to the dollar.  Hence the Bitcoin derangement syndrome of central banks!  The FTX scandal was a ponzi scheme set up to make Bitcoin look bad while laundering money for politicians, through Ukraine.  At this point understanding the howey test may be of value.  The SEC will eventually apply this test to alt coins and they will fail it.  All alt coins are securities.  Let’s see how long it takes the SEC to reach this determination!  It has been years so it will still take quite a while, we just believe this conclusion will be reached at some point.  Here is the howey test below: 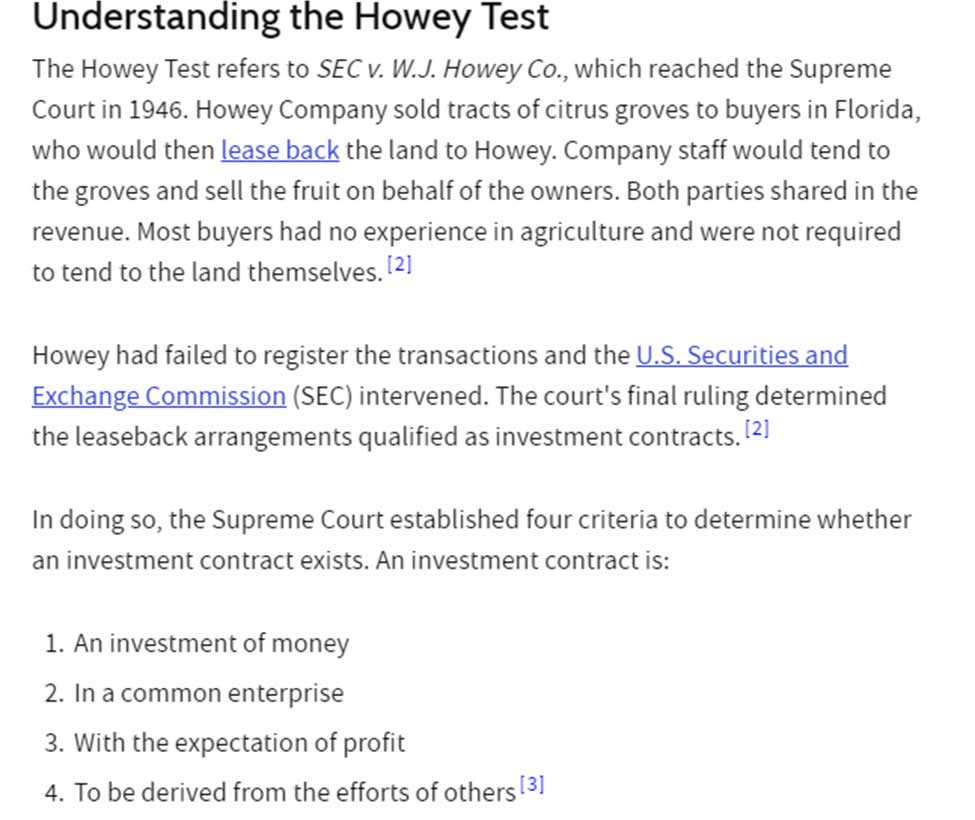 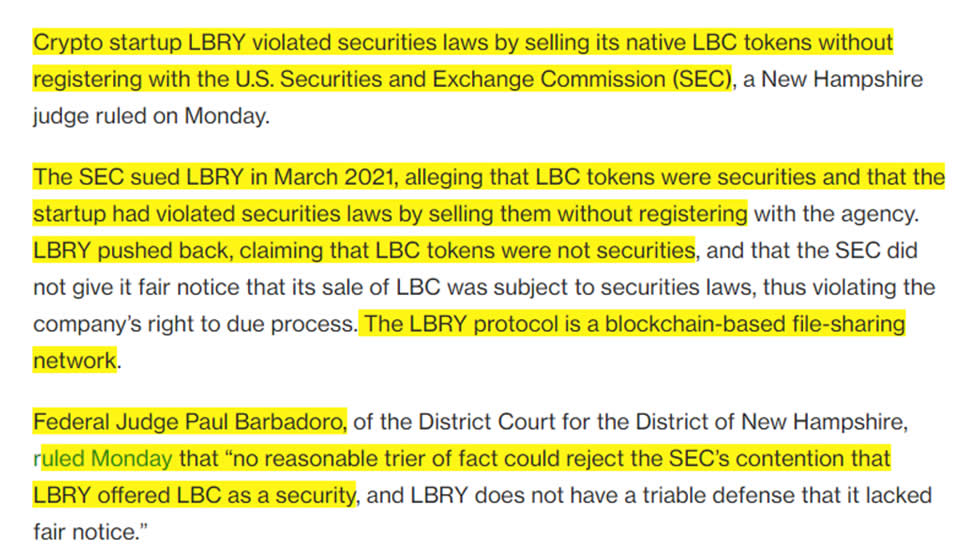 Bitcoin is a commodity asset, and has already been ruled by the SEC that it is NOT a security.  Many altcoins were badly hurt by the FTX scandal and will go away.  Several were just delisted off of Coinbase this week!  XRP was one of them.  It is absolutely centralized which makes it a security.  The howey test has details on that above.

We see mainstream media FUD about Bitcoin, especially in bear markets.  This slide below describes the feeling while hodling Bitcoin over years of time: 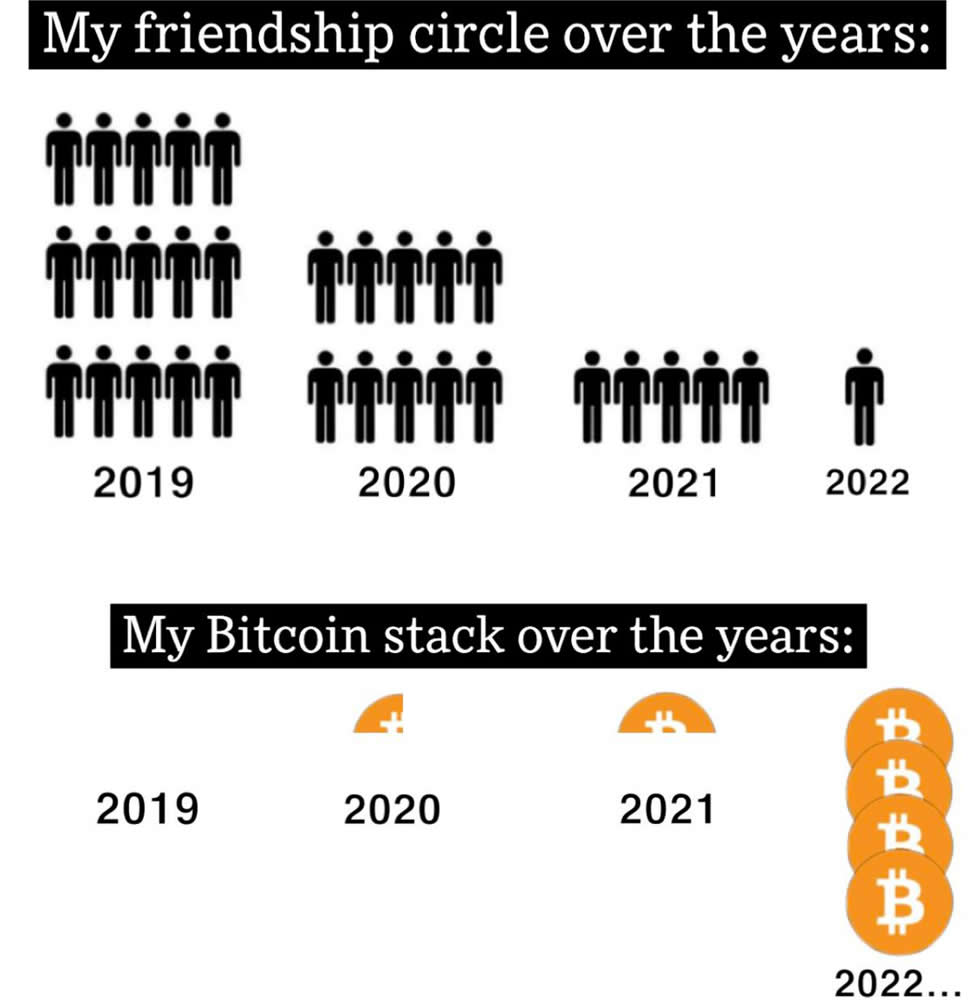 The dollar as global reserve currency is at risk and anything that threatens that is deemed a threat; Bitcoin.  This is why Sam Brinkman Fried is walking free, while Elon Musk, who is now about to release the receipts of twitter suppressing free speech on their social media site, is under constant attack: 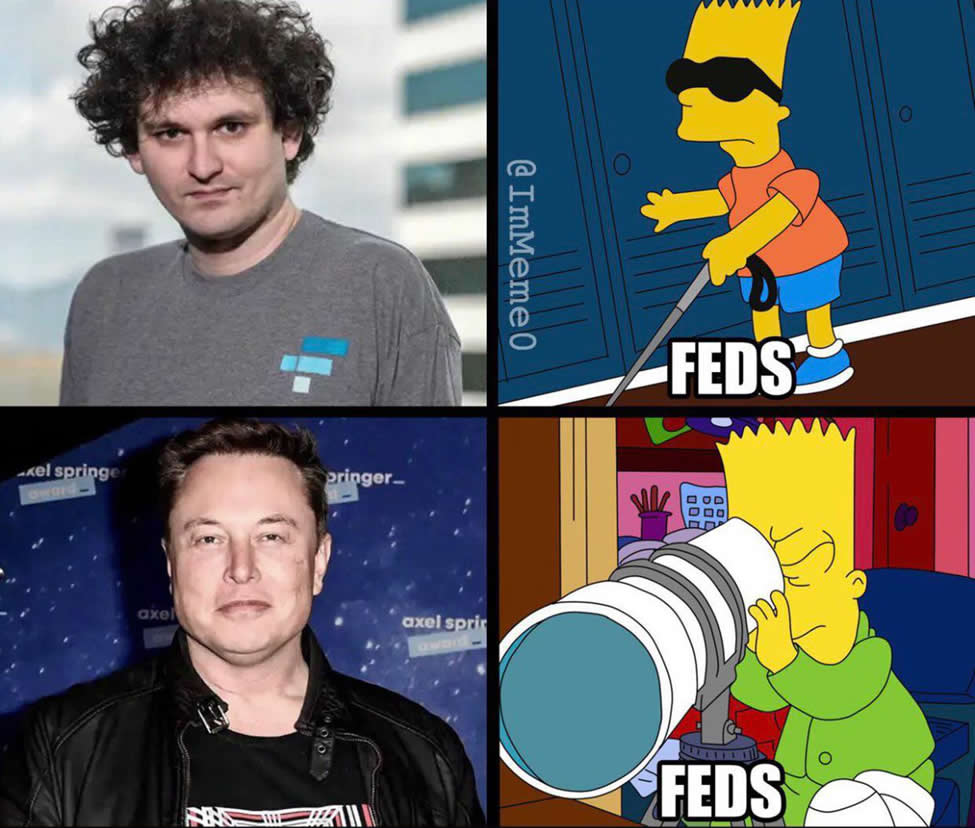 Bringing back free speech to twitter is also a type of threat.  This is quite the phenomenon in the US these days.  It is also quite the destraction from the destruction going on today in the US housing market:

This year has seen the fastest housing slowdown in economic history.  What will 2023 bring?

Amidst all of this chaos Bitcoin, however, has not been phased.  Balance on exchanges has fallen off along with the price of Bitcoin during this bear market year.  We predicted this would be a bear market year two years back.  The silver lining however, is all the Bitcoin getting off of exchanges, in part, due to the FTX scandal and going into offline wallets:

Monday’s blog showed how strong the hash rate for the blockchain is.  If the MACD chart does get that cross we mentioned on Monday, watch for Bitcoin to make some strong moves in early 2023!  Time will tell.  History is on our side.  Bitcoin will not stay down much longer.  Notice on this final chart below the volume accumulation percentage indicator at the bottom of the chart.  As Bitcoin volume drops to a percentage range, it has kicked off a bull market later on.  Much like the MACD cross has, and bullish divergence in the charts has.  All of these indicators are flashing a change in Bitcoin price action is coming.  We did learn our lesson from November of 2021.  Don’t guess timelines and specific prices.  Stay in longer ranges.  Too many variables to get too specific.  Here is the volume accumulation percentage indicator chart: 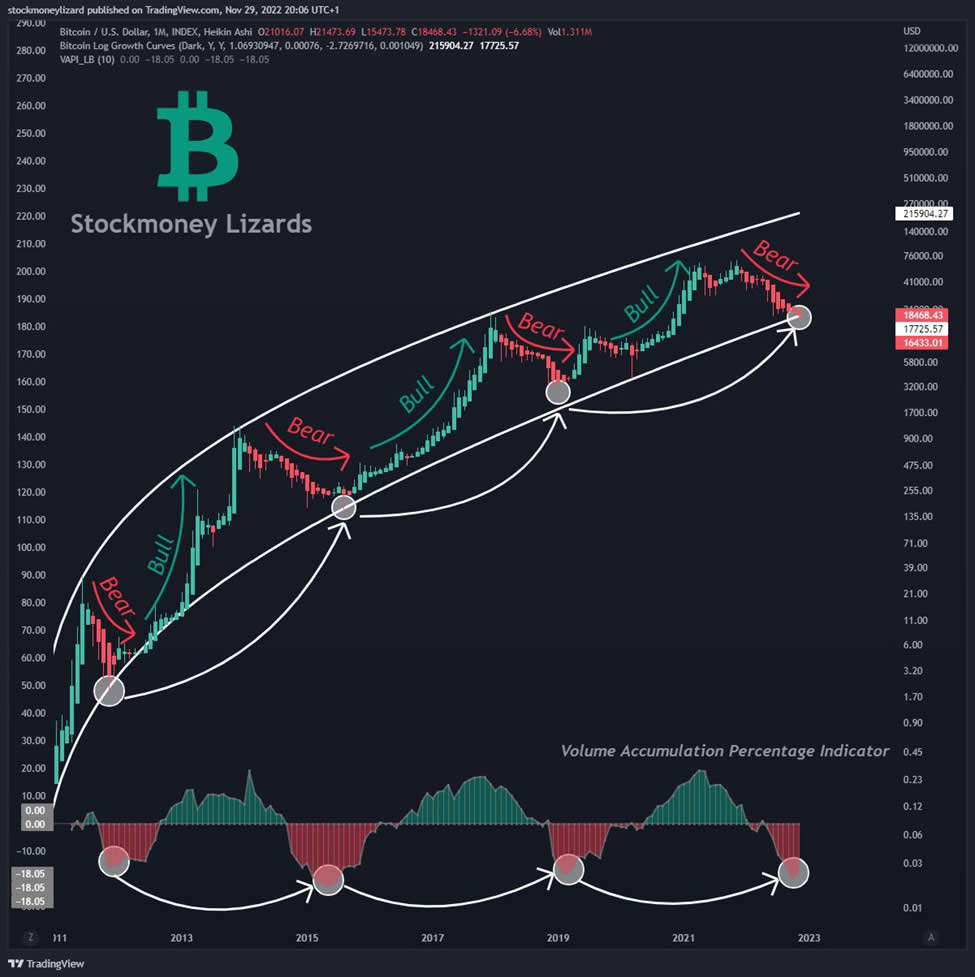 We are not financial advisors and this is not financial advise.  Bitcoin is going to begin the bull market ascent next year!  We also believe some justice will come for those who have created many injustices in the financial world next year.  FTX will not be the last money laundering scandal.  Many more will come out, and in the near future!  Regardless, Bitcoin will keep putting out blocks on the blockchain every 10 minutes.  Immutable, scarce, permissionless.

In a very negative turn, Bitcoin Derangement Syndrome has even taken out three Bitcoin Billionaires in the last week or so:

We have to hold the line.  Fiat currency will die a slow death.  It will take time, but die it will!  The boom, bust, steal, lie, repeat cycle the global monetary system has been on has to end.  Since Bitcoin has no single owner, they have to scare all of us.  It’s not working!  Let’s go!