The Monetary System is Dying, Bitcoin is the Anecdote!

85% of US junk bonds have negative real yields.

This tweet below explains that 85% of US corporate bonds are in the situation of the borrower paying the lender, its supposed to be the other way around.  The real interest rate is interest% minus inflation%.  Tells us what inflation rate really is doesn’t it? Click here to view on Twitter.

The negative real yield rate was 10% in 2008 before that financial collapse!
Below is the letter from Janet Yellen to Speaker Nancy Pelosi about raising the debt ceiling again.  Continuation of government is at stake if this debt ceiling is’nt raised.  It has been shut down before, however, the last few years the R’s and D’s capitulate every time.  Why?  Probably because they know how precarious the US financial situation really is.  If there is a debt default, or a reduction of the credit rating, again.  That would put more fuel on the fire that the USD is not fit to be the global reserve currency.  If that is lost the US economy will collapse for a period of time.  Neutral ATM does not root for this, or want this in any way.  We simply see the solution as hard money, with scarcity.  For reference, here is Janet Yellen’s letter: 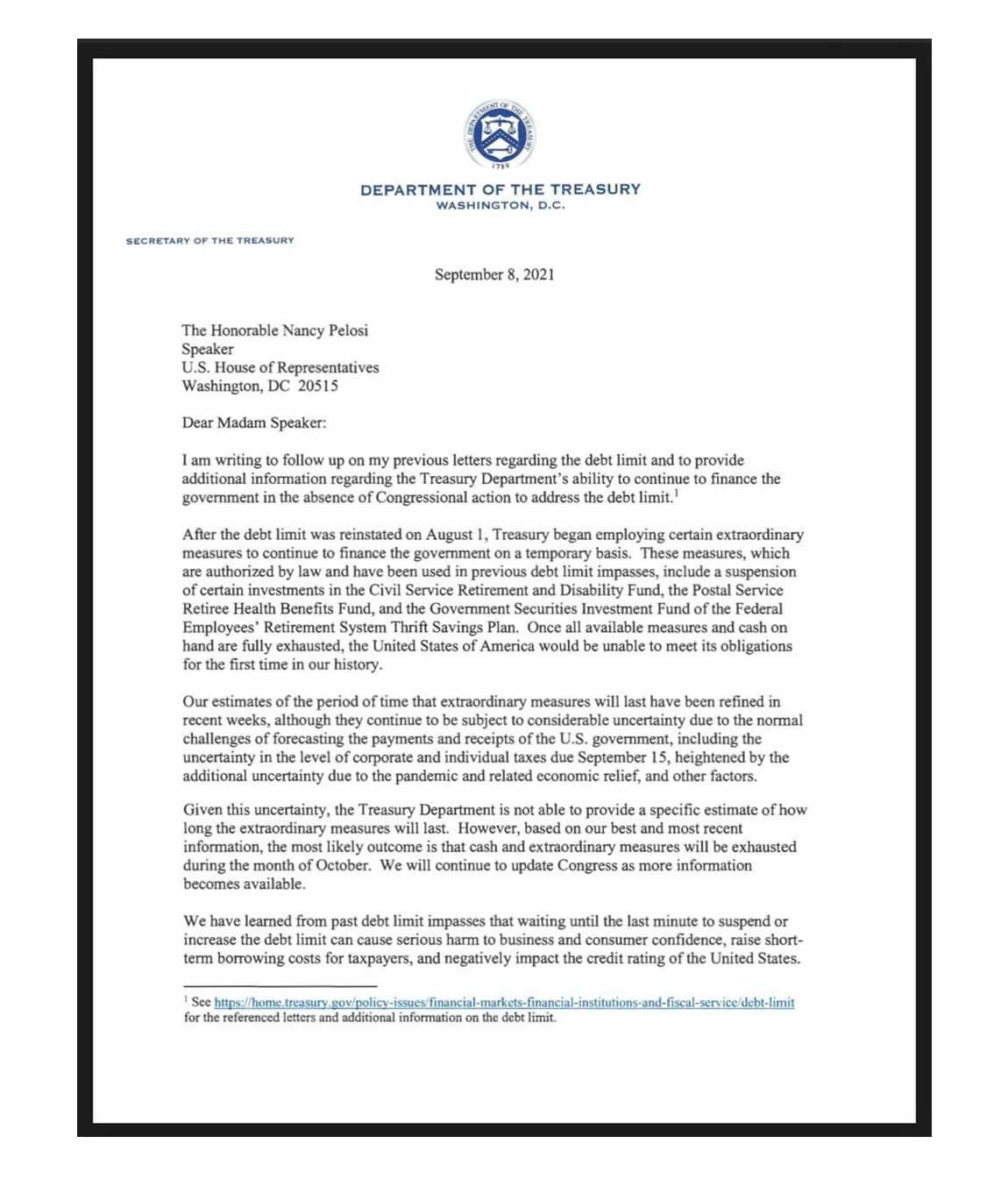 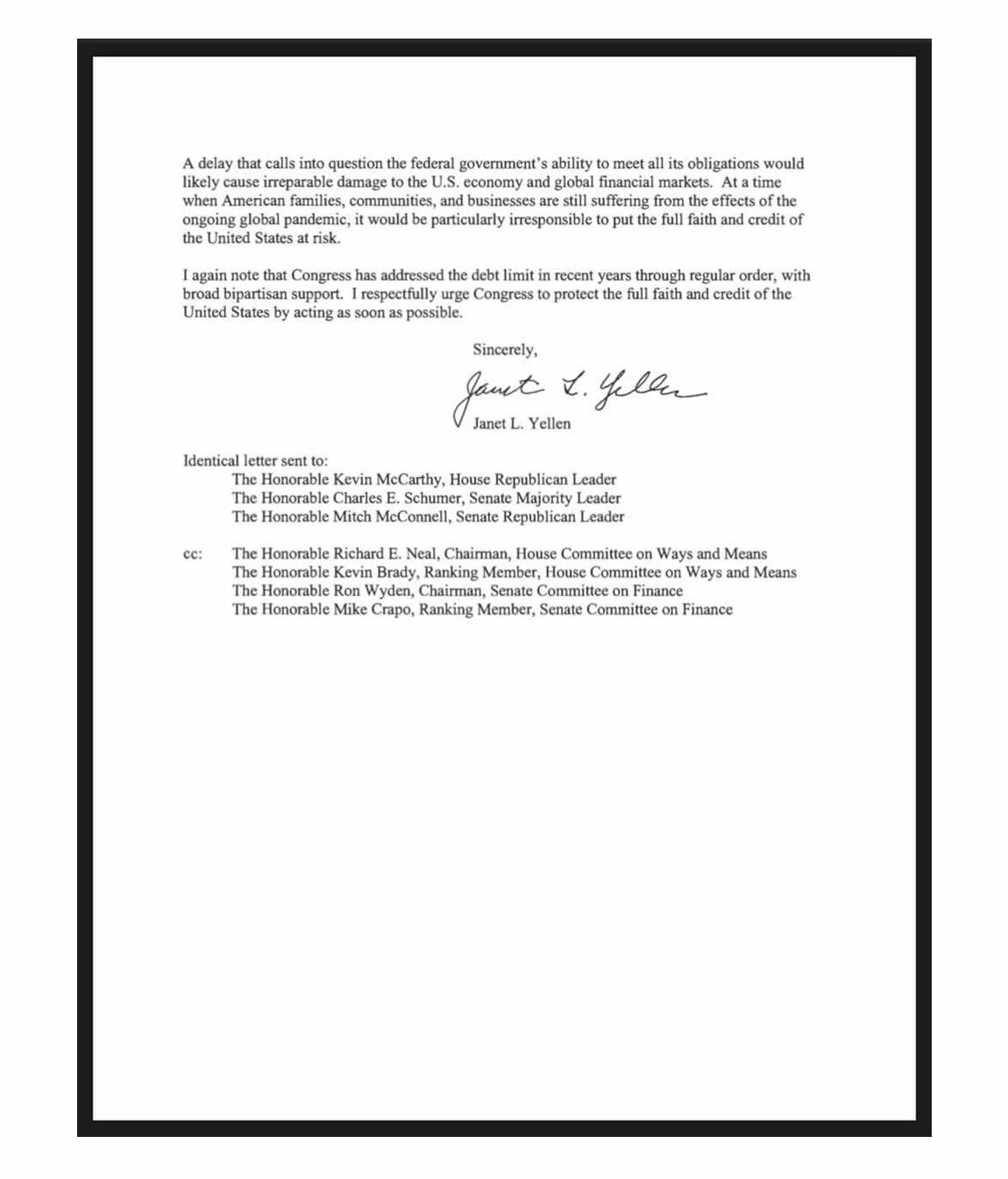 We can also relay that a number of big banks have warned of a imminent stock market crash.  Not a debt default as Janet Yellen warns about above, but a 20% or greater crash.  This tweet and warning was not date specific.  We see these crashes in the fall in most cases (1929, 1987, 1999, 2008).  All we can do, is try to protect against this by hedging inflation and deflation, hard money like Gold, Silver, and Bitcoin do this best.  Digital hard money, with a set limit of 12 million coins written into the protocol, is the best hedge available in our opinion.  We know others like Peter Schiff like Gold best.  Here is a comparison of the available inflation and deflation hedges, where flight to safety money runs to: 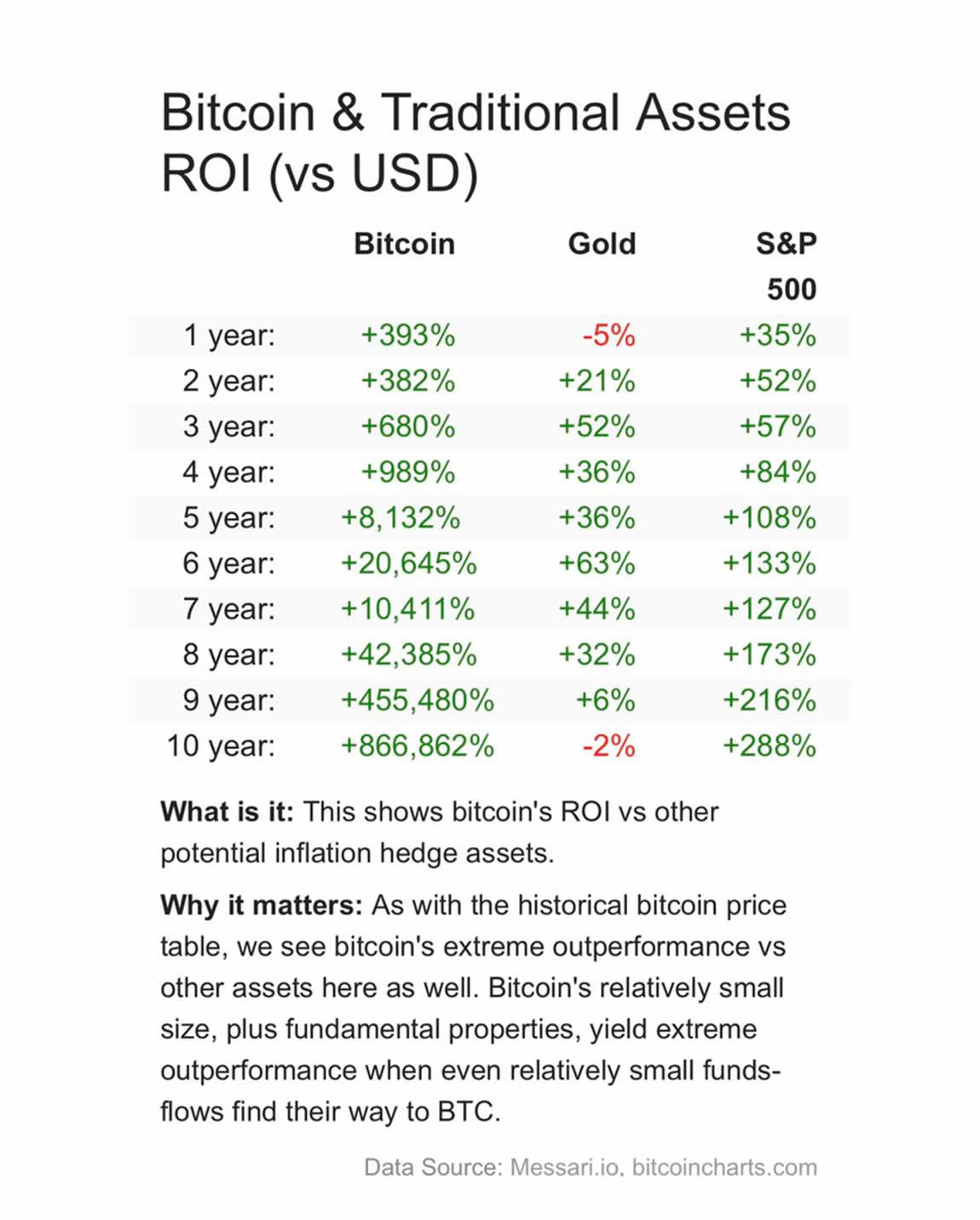 We know S&P 500 will not hedge a crash very well.  We have heard of using Facebook, Apple, and Microsoft stock as a hedge.  Yet, according to this chart above, Bitcoin outperforms the S&P 500 by 3,010 times over 10 years, and over 870,000 times vs Gold.  Bitcoin can be carried on airplanes, or wherever, in a digital wallet, the size of a credit card.  Bitcoin cannot have it’s mining production tripled, when the price goes up, like Gold can.  It is not as manipulated by derivative contracts either.  The scarcity of Bitcoin is why it has gone from $7 in 2011 to $46,500 in 2021!  Gold went from $1,850 to $1,800 over that same decade.  It is likely, Bitcoin has taken a lot of the investors away from Gold.  It won’t be much longer, until Bitcoin market cap passes Gold.  For sure, by the next bull run cycle in 2024-2025.  It could be sooner.  Investing in Bitcoin is a long term commitment.  Money printing is required to keep the fiat monetary system alive.  Kicking the can down the road.  This printing simply pumps Bitcoin pricing, year after year, especially and mostly, during the bull run years.  2 out of every 4 years.  Hedging works, but scarcity must be confirmed.  Bitcoin has confirmed scarcity.