The Freedom Bitcoin Brings, Will Not Quit!

Private central banks have brought slavery to mankind.  They recreated glass beads in Great Britain and brought them to Africa.  They bought entire villages with counterfeit glass beads, made in Brittish glass factories.  They made the local currency worthless by creating it in mass quantities in their country and importing counterfeit currency to Africa.  They have hyperinflated currencies worldwide.  They fund all wars!  Both sides, by lending money to nationstates, worldwide.  They are attempting now to initiate the great reset.  Bitcoin is the antithesis to the great reset.  Therefore, understanding why Bitcoin is unrelenting freedom is much more important than the price of Bitcoin on a Friday!

Let’s travel to Botswana and see what they are experiencing on the ground in Africa, view on twitter.

Thanks to Max Keizer for this report.  A true pioneer!

In that country, Bitcoin is life changing.  As we said in yesterday’s blog.  7 billion people in the world are unbanked.  Africans now have a savings technology available online whereby they can trade real time, send money overseas on the lightening network.  Bitcoin averages a 230% annual return per year going back to 2009.  Peer to peer money is equitable.  Printed money controlled by a handful of families worldwide is not.  Africa is a high percentage of that 7 billion unbanked citizens number.  India too!  The most populated country in the world, India, tried to ban Bitcoin.  India is one of the world leaders in Bitcoin demand.  The petitions and backlash from that ban was deafining!  Here is where India is now: 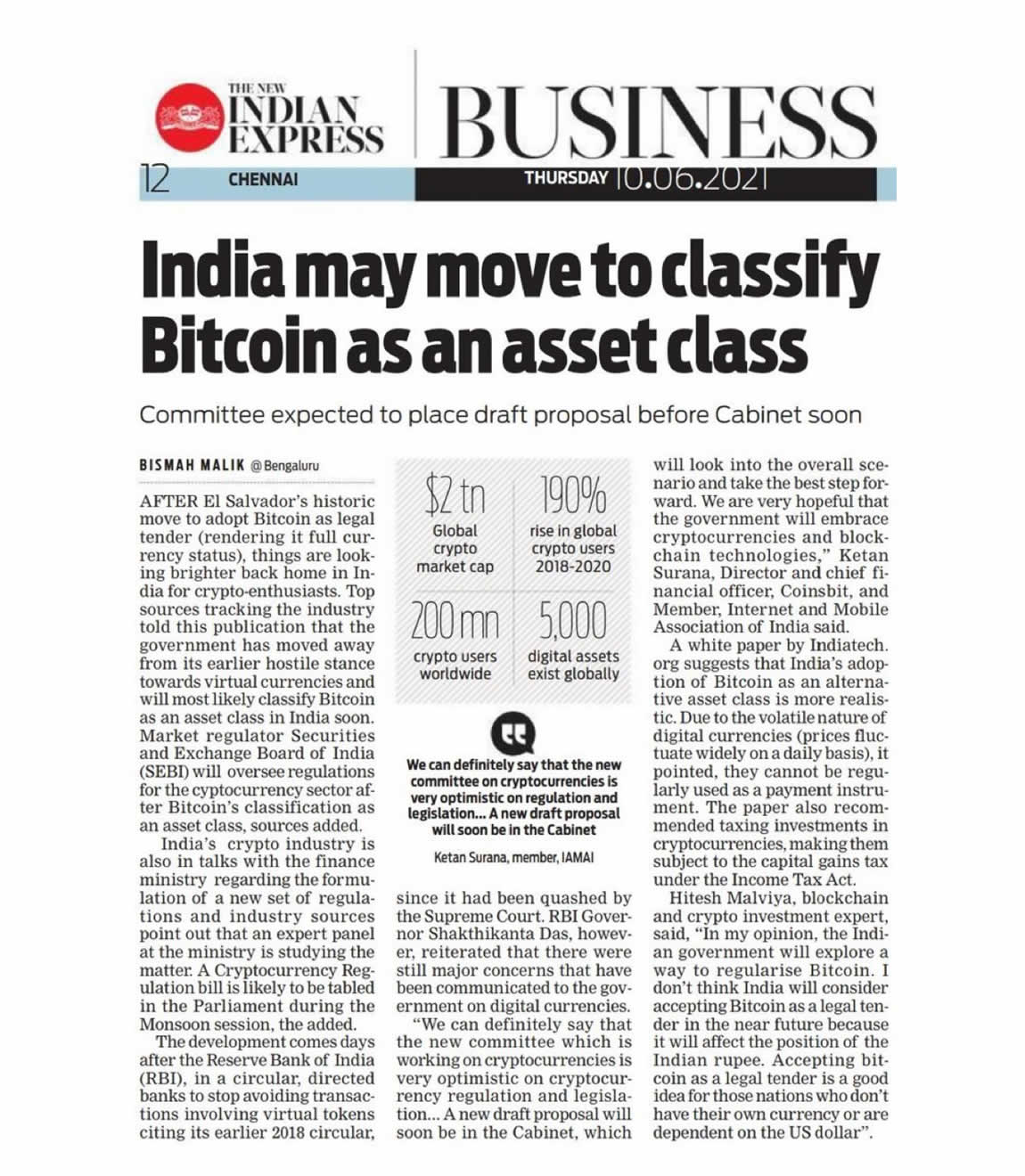 The people, the voters, and where the power in every government comes from, have asked to classify Bitcoin as an asset class.  We will advise if this passes in India.  No government that has ever tried to ban Bitcoin has succeeded.  That includes India.

Below, we go to El Salvador where Bitcoin was voted this week, a legal tender.  We expect multiple other countries to vote on Bitcoin as a legal tender soon in Latin American countries.  The days of the USD being a global reserve currency are slowly coming to an end.  Here is what Dania Gonzalez from the El Salvador senate had to say, view on twitter.

El Salvador is the first.  It will NOT be the last country to fight for freedom from monetary oppression!  Of course the IMF is against Bitcoin.  It is owned by the central bank families.  Yet people who need and want a deflationary peer to peer digital currency, built on the safest network in the world, will not stand by and be walked on.  This will not change quickly and it will not be that easy.  Here is a good picture that may represent how the world takes back its monetary freedom: 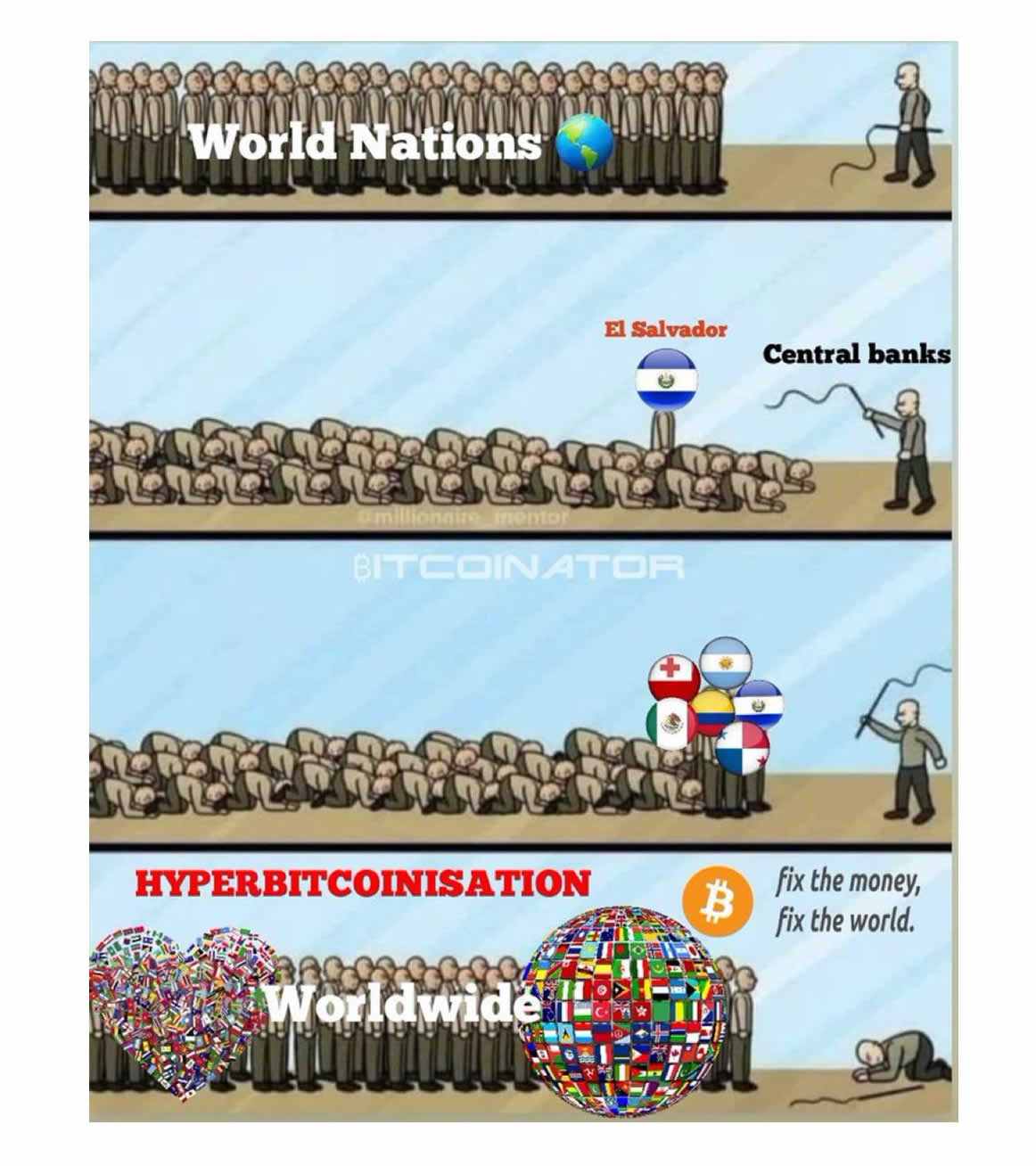 This could take until 2036 to completely play out.  Maybe even 2040, although we doubt that.  We are patient.  We have time.  Bitcoin is Humanitarian!  It saves lives!  Still want to know what the price is?