The Coming Wave of Inflation

Bitcoin is bouncing above and below $60K through this last weekend.  That is extremely bullish, so today, we will zoom out on Bitcoin’s price history.  Bitcoin does crash and move sideways like it has since mid March.  The key is to always zoom out and look at how Bitcoin has performed consistently in it’s 4 year cycles:

Nothing has ever performed this good for this long.  At Neutral ATM we believe the reason for this is that Bitcoin can make up lost ground so fast that it does not pay to get out of it, especially if the entry price is low.  Right now, we have 5 to 8 months until this cycle ends, that is enough time to make great returns in Bitcoin.  Then, dollar cost average in late next year when Bitcoin comes close to the 200 day moving average.  The above chart makes it obvious Bitcoin can recover losses faster than any asset in the world.  It is a long term play. 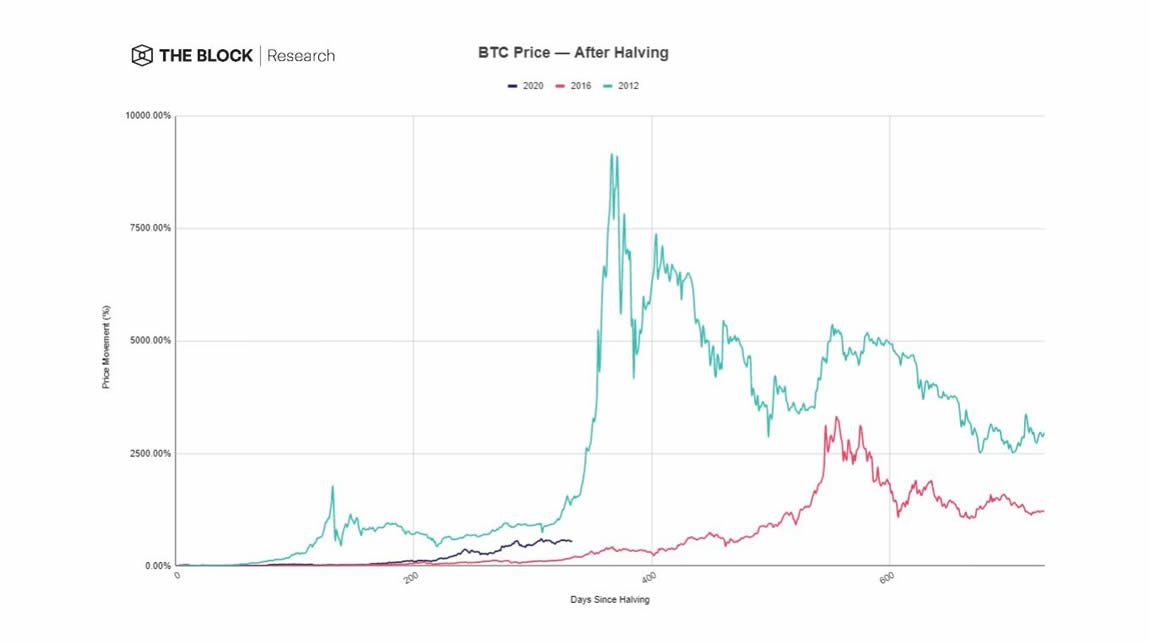 For the rest of this blog we will discuss what is going on with the US dollar.  The chart below is home retention actions.  Loan forbearance plans ending in loan modifications is up exponentially in 2020 and into 2021.  That should continue.  We see higher signs of inflation hitting the market this year.  We also see a much higher chance of a stock market crash this year, compared to 2020.  The VIX index which measures volatility is way up.  Here is the home retention action chart: 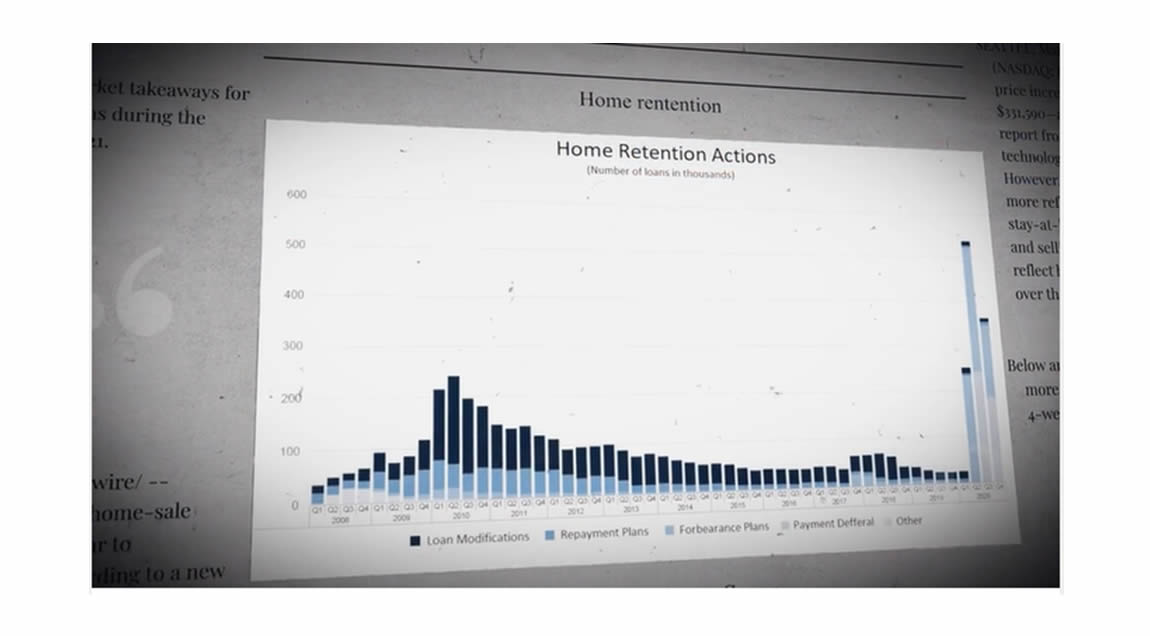 The above chart is very ominous.  Time will tell how all of this plays out.  The next chart is also very ominous.  It shows US M1 money supply going from $6.7 trillion to $18.4 trillion between January 2021 and February 2021!  That is a triple of total money supply in one month!  That is unheard of.  Zimbabwe, and Venezuela economies had money supply growth like this.  It is not sustainable.  Unless drastic action is taken, it appears the US economy will suffer very negative consequences relating to the actual buying power of our currency.  China is already trying to exacerbate the situation.  See the chart below: 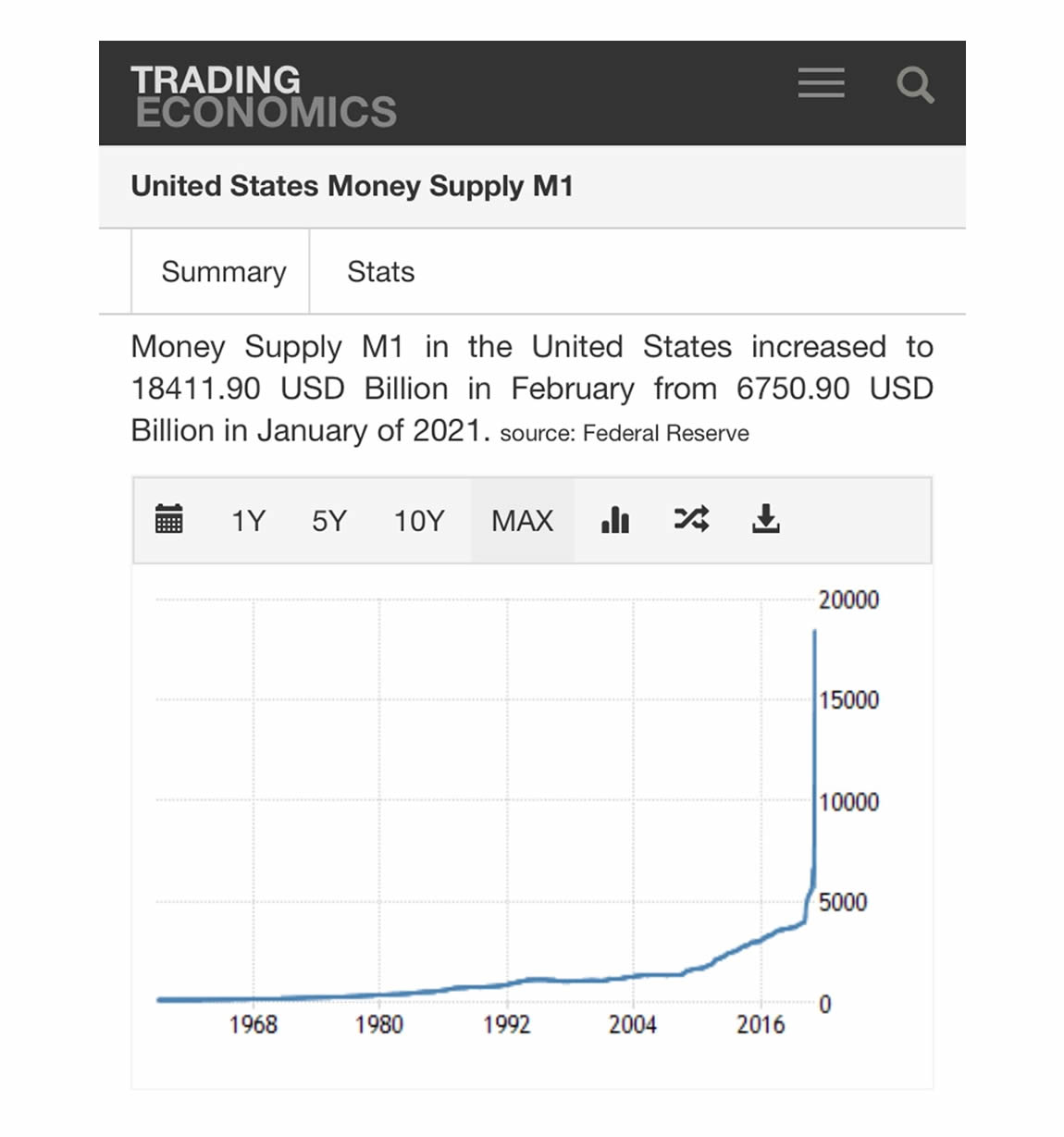 The FAO food index is an eye opener as well: 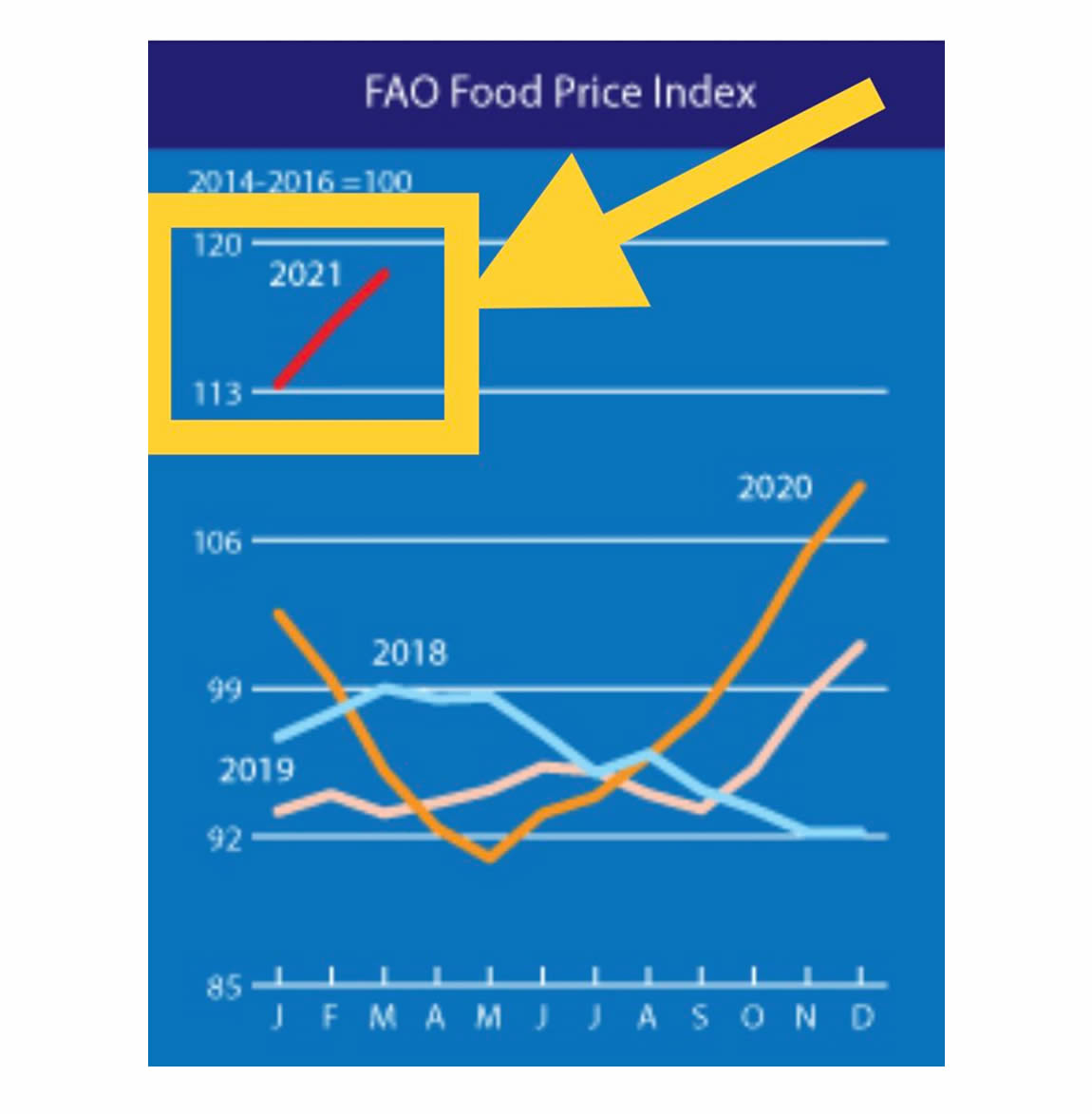 Personally, I planted a garden, well actually, I helped my wife plant the garden.  Learning about gardening by the square foot has been very good for us.  There is a lot to prepare for, for late 2021 and into 2022.  We hope for the best, but prepare for the worst.  Bitcoin is a hedge that has proven over 12.3 years that it has the staying power and the volatility to survive bear markets.  That is why it has staying power.  It has not died despite being declared dead many times.  Our blogs have discussed many times, the 4 year cycles, and how after the halving Bitcoin sees massive price appretiation.  We now have an OTC Desk and we are working on accepting credit cards to buy Bitcoin online.  Helping anyone and everyone adopt Bitcoin as their hedge against the coming wave of inflation is our mission.