Despite Bitcoin dipping to $50,350 this morning, all factors point to relative strength of Bitcoin in this bull run. Neutral ATM is not concerned.  It’s a good time to buy!

Below is a chart  showing us the net transfer volume into and out of exchanges.  There are many exchanges worldwide, they serve as banks for Bitcoin and all crypto currencies.  In March we have seen record levels of Bitcion leaving exchanges, worldwide.  The theory is that most if not all of these Bitcoin owners are putting that Bitcoin into deep storage, offline.  Neutral ATM routinely helps our customers store Bitcoin offline.  Go to trezor.io to order your Trezor offline wallet.  They have two versions.  Institutions have bought up vast quantities of Bitcoin and stored it offline as well.  Below is the chart: 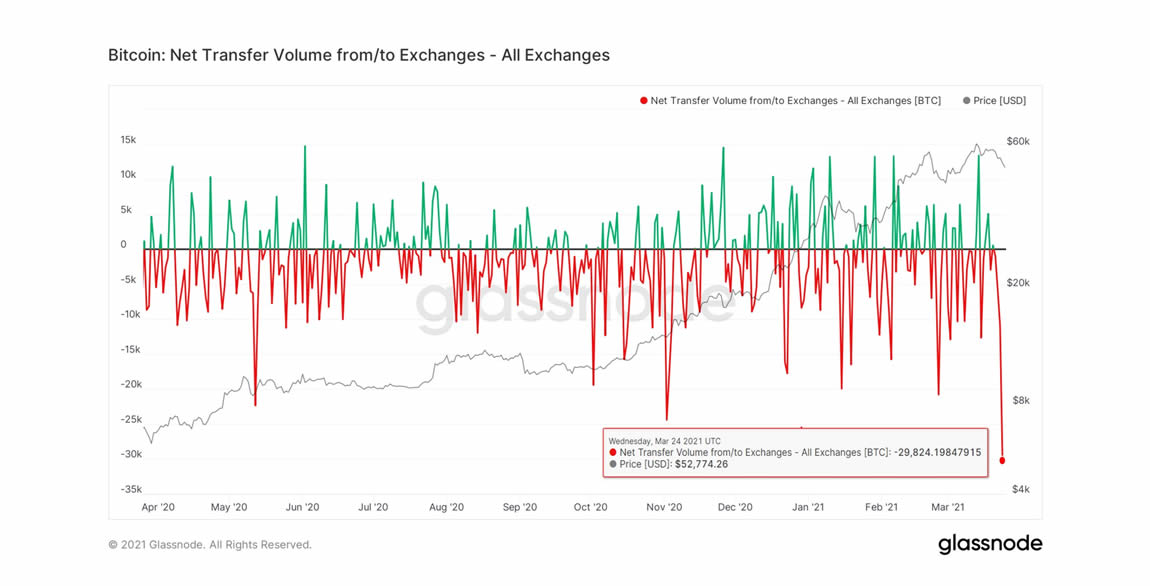 Pierre is absolutely correct.  Focus on Bitcoin fundementals not volatility!  This blog is about fundementals.  We know Bitcoin is down this week, who cares?  We don’t.

The network difficulty keeps the blockchain, which is the Bitcoin network, secure.  Safe from a hack or a 51% attack.  The blockchain has never been hacked, largely because the difficulty adjustment, becomes more difficult over time.  See below: 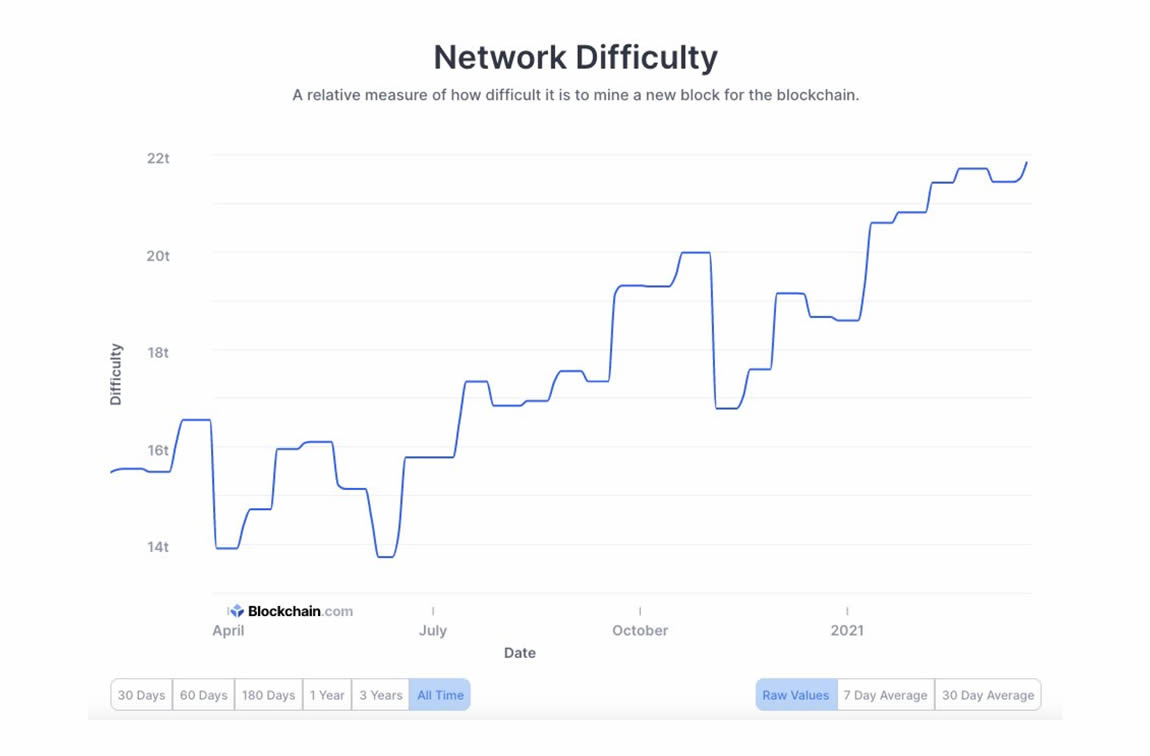 The hashrate of Bitcoin is increasing and remaining strong as well.  Another area of Bitcoin to watch is the 200 day moving average.  It is at $10K or so now.  In bear markets, Bitcoin dropping to the 200 day moving average, eventually, is the tipping point whereby it begins an uptrend.  We are about halfway through the bull run now.  Expect the 200 MA to reach at least $20K and hopefully $35K.  All we can do is to keep an eye on that.  It is usually our bottom point.  Here is the chart: 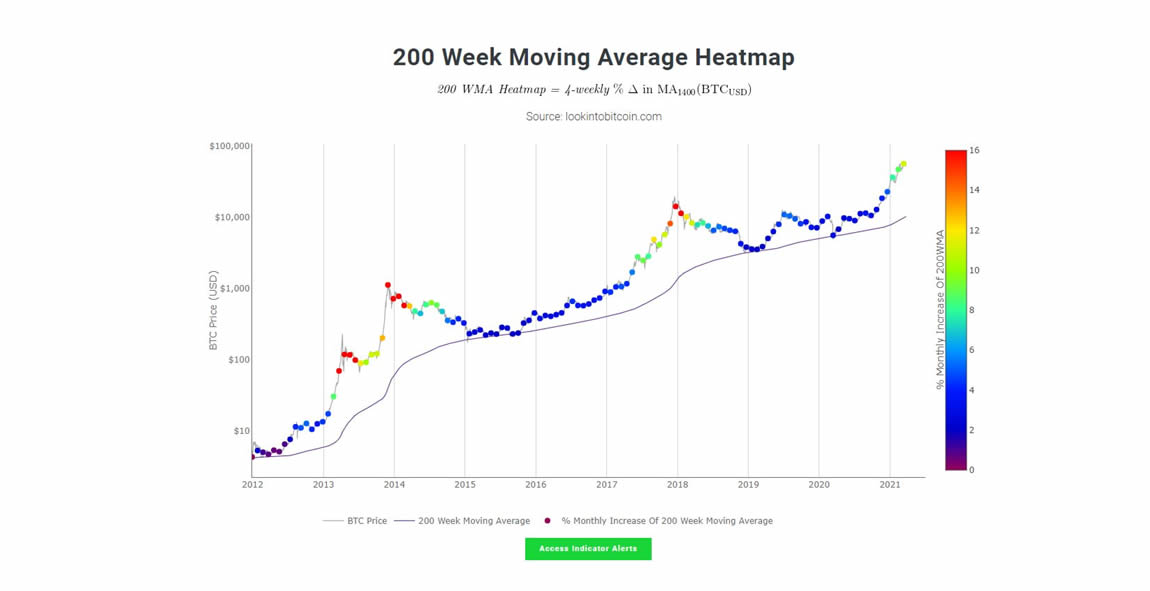 Now one reason why the 200 MA would move up steeper is a parabolic run.  Why is that even possible, Bitcoin has struggled all week and even some last week?  8 companies are working on a Bitcoin ETF with the SEC.  Much like Gold ETF’s in the past, Bitcoin has gained so much institutional adoption that ETF’s are the next step.  Once the US has an ETF, and then several of them, Pensions will come into Bitcoin.  Not until then though.  That could bring a few % of a $300trillion market with it.  If the first ETF comes out sometime this summer, the late summer and fall will be parabolic.  One has to wonder, how high will the 200 MA be then?  It is not a far stretch to see it hit $40K.  That is where we think the 2022 bottom will be, $40K.  We have 18 months or more to worry about that.  For now, we have to look at what is going to fuel the rest of the Bitcoin bull market.  ETF’s and later on Pensions and Institutions.  Below are the 8 US ETF’s being filed for right now:

This is a currency death spiral, and there is no denying the US is in this death spiral, and has been since 2008.  How long can this charade keep playing before the house of cards falls?  We don’t know.  But the printing is getting worse in 2021, than the record shattering money supply growth in 2020.  Therefore, Neutral ATM believes just because money supply is no longer being tracked by the Fed, just because the Chapwood Index (real inflation, not CPI inflation) got shut down, does’nt mean the currency death spiral is not happening.  They are hiding it’s effects.  It IS happening, and faster than we think!  Subsequently, Bitcoin IS the lifeboat.  So are other scarce assets like Art, Land, Classic Cars, Real Estate.  Gold should be on the list, it probably deserves to be as well.  But Bitcoin really has stolen all of Gold’s inflation hedge arguments!  Must be why Peter Schiff hates Bitcoin (His comments everytime Bitcoin dumps, were in a graph on yesterday’s blog).  You can also see on that graph that everytime Bitcoin dumps, it finds a bottom and pumps up much higher than previous highs.  Higher lows, higher highs!  The network effect, NGU.  Now dry your eyes and go buy some Bitcoin!  It won’t be THIS cheap for long!