Sovereign Debt Crisis is real, so is BRICS reserve currency, with Bitcoin for international settlements

return to the blog
The US debt ceiling has increased dramatically each decade, yet it has become much worse since 2010:
US Debt Ceiling:
As these debt ceiling thresholds have been reached.  The can gets kicked down the road by the US congress.  They simply raise the debt ceiling.  Here is a chart depicting what has been going on, especially since 2010: 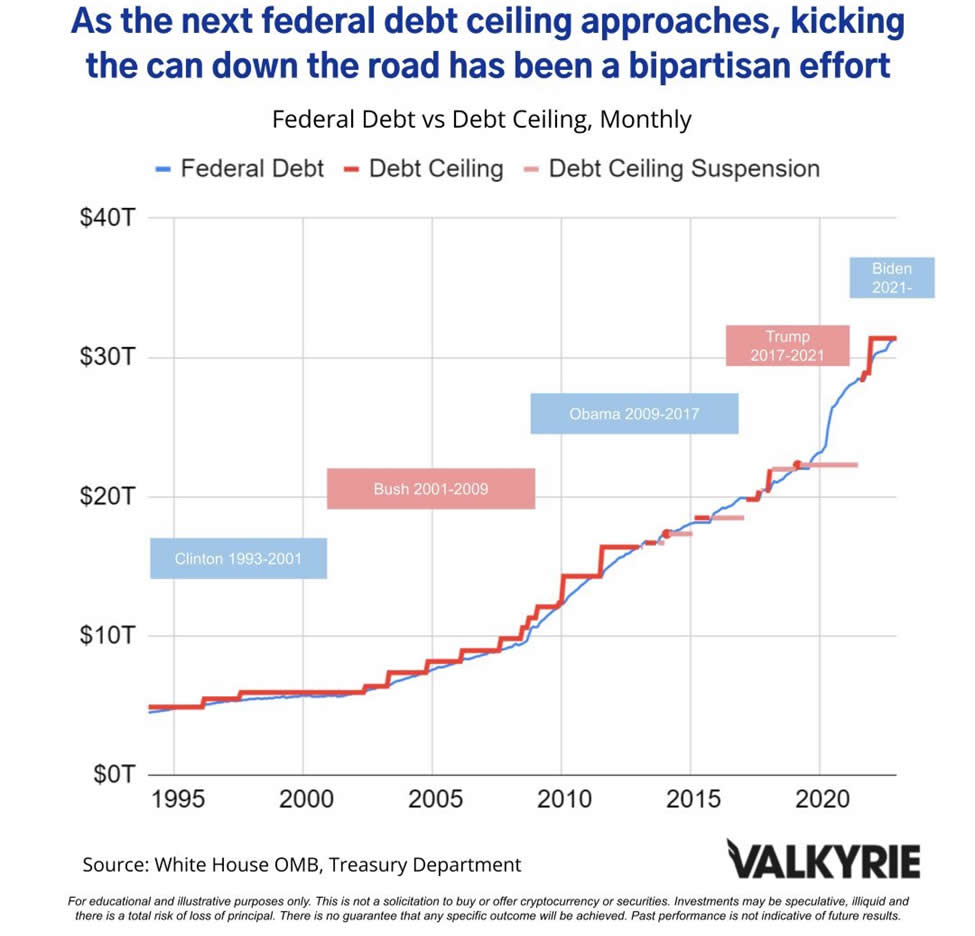 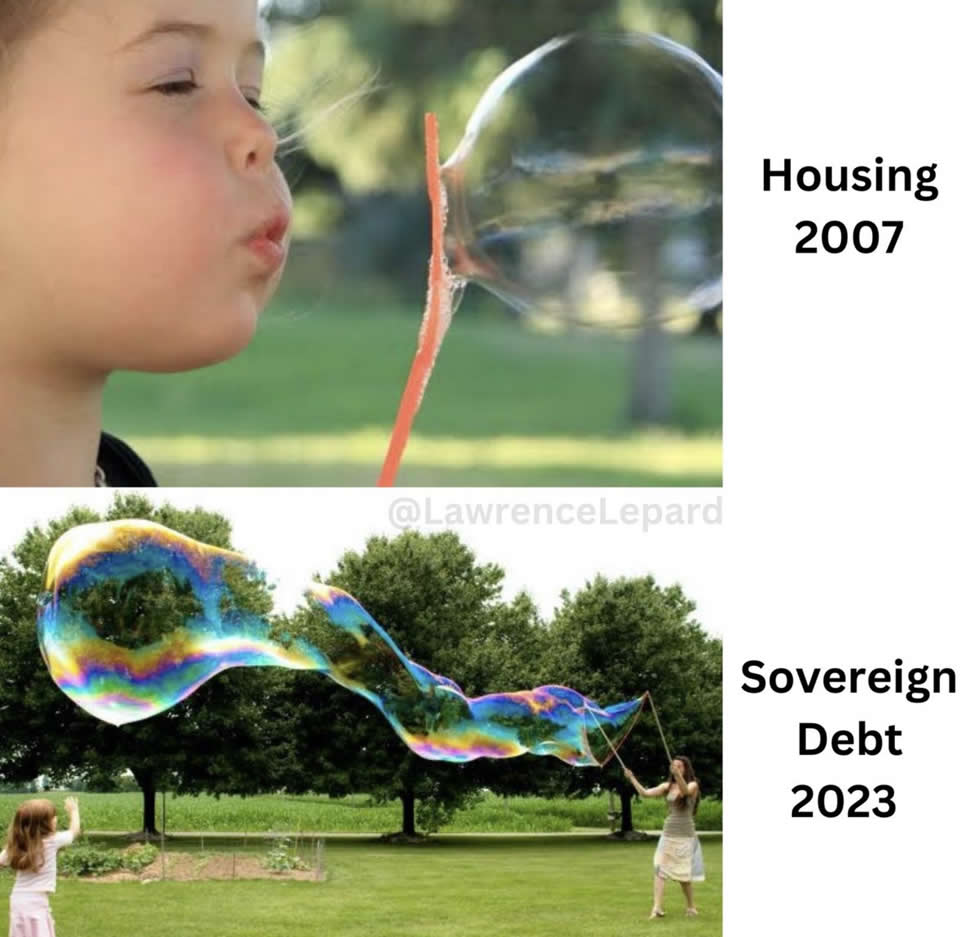 Now, this shows us the problem, but what is the solution?

The BRICS reserve currency is Brazil, Russia, India, China, and South Africa who joined forces to form this reserve currency.  20 other nations including Iran, Saudi Arabia, Argentina, and Egypt are set to join BRICS as well.  Hopefully, they can work that consolidation out soon, this year.  Appears likely at this point.  BRICS has the potential to offset the US dollar as global reserve currency.  Precious metals would back it and Bitcoin would be used for international settlements.  Saudi Arabia joining BRICS, officially would essentially end the USD petrodollar.  It would send the DXY (US dollar index) off a cliff!  Here is a good article about the prospects of Saudi Arabia joining BRICS, click here to read more.
Bitcoin and it’s blockchain would make the most sense for international settlements for the BRICS reserve currency.  Bitcoin is proof of work, not proof of stake.  Mining requires power, and since it has been proven, that blocks are added to the blockchain every 10 minutes, consistently with no interruption.  Miners cannot manipulate the time it takes to solve equations in the algorithym.  The difficulty adjustment allows the algorithym to maintain the 10 minute average for each block.  The algorithym adjusts the equations that miners solve, even against a quantum computer attack. This adjustment stops the algorithym from being sped up, which would debase the value of Bitcoin over time.   Countries and central banks cannot manipulate Bitcoin.  There is no currency exchange rate to worry about, globally.  Bitcoin crosses all borders, without exchange rates.  It is more scarce than gold, due to the halving of the miner reward every 210,000 blocks.  Thus, every four years Bitcoin becomes twice as scarce.  While at the same time, most of the countries on the planet have out of control debt to GDP ratios.  These debts each country owes to the private central bank, grow every year.  The debt service expense gets much worse, as interest rates are rising.  This leads each country to a sovereign debt crisis.  Europe, North America, South America, and the Indo Pacific region are all in this crisis.
Bank of America is already showing cracks in their liquidity.  Now customers are missing money from their accounts.  Are bank bail Ins coming in the future? Click here to view on Twitter.
This next article from CNN, proves that the Treasury will have to bail out the Federal Reserve, via the money printers, because higher rates are increasing debt service expenses for the Government.  Janet Yellen is using this as leverage to push congress to raise the debt ceiling.  The problem is, increasing the US debt exacerbates the debt problem, plagueing the US for decades:

Bitcoin is a part of the new monetary system, the BRICS reserve currency.  This system is leading the world out of financial slavery brought on by dependence on central banks.  Remember, Income taxes came out the same year as the Federal Reserve Act did.  1913.  Income taxes are how governments pay the interest on the debt they incur by borrowing from the private central bank!  The monetary system is debt based and that has to end!  It will end.  Bitcoin will be a big part of the new system!  We are not financial advisors and this is not financial advise.  Bitcoin is the future.  So are precious metals, but the point is paper, fiat currencies are not really money.  They are instruments of debt!  Free yourself.  Save in Bitcoin, and get it offline, as soon as possible.
These companies can sell you a cold storage wallet to store your coins on.  Unchained Capital can help you move your 401K over to Bitcoin, tax deferred.
Neutral ATM is here to get everyone off of zero Bitcoin.