Elon Musk has added Bitcoin to his twitter bio and tweeted the above about Bitcoin Friday morning.  Coinbase and Kraken are down, and trading on Kraken was over 21K Bitcoin before the shutdown at 3PM CST on Friday. 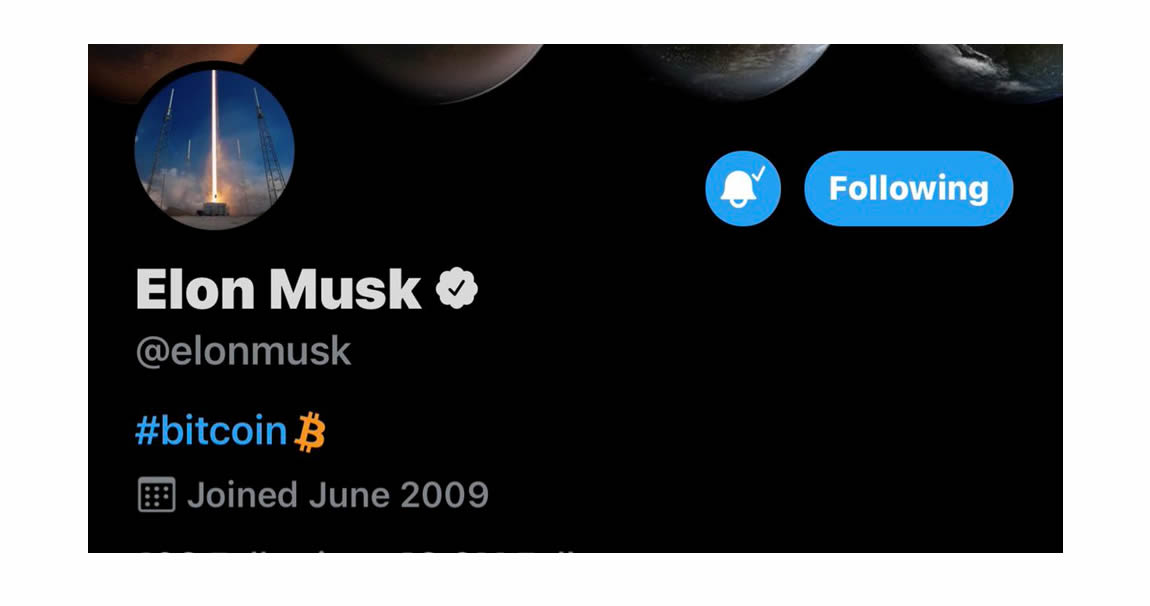 February 3rd and 4th Micro Strategy is putting on the Bitcoin for Corporations Seminar, and it stands to reason Elon Musk will be involved somehow.  If Tesla and Spacex put Bitcoin on their balance sheet soon, Bitcoin will rocket to mars.  It is artificially low right now, with the exchanges being down, and all time high exchange volume starting up.  On Monday morning Elon Musk went on Clubhouse for an interview.  He stated “I do support Bitcoin”, then admitted he was late to the game.  Then he stated “I think Bitcoin is on the verge of getting broad acceptance by conventional finance people”.  Ray Dalio has been making very positive statements about Bitcoin as well calling it “one hell of an invention”.  It is very important to categorize Bitcoin the right way.  It is not a stock and it is not a currency.  Is not even a digital currency.  It is the world’s first and only decentralized digital currency!  No government can truly shut down Bitcoin, India may attempt that, but it will fail and will only increase demand for Bitcoin.  This is exactly what happened when Iran tried to shut down Bitcoin.  China had this issue as well.  There is no president or board of directors for Bitcoin.  You cannot sue Bitcoin.  It is an open public protocol.  We will get back to this point later on below.

Bitcoin’s W pattern breakout looks like it will catapult Bitcoin in the next few weeks.  February is going to be an exciting month!  Probably for many reasons.  Buckle up!

Elon’s tweet came right at the bottom of this breakout re-test.  Elon Musk has always been secretive about Bitcoin.  He is not wanting to affect the market price in a big way, Michael Saylor has said this as well.  So, if he is auto buying Bitcoin in a big way, he cannot make it public until he is finished.  With that in mind, it may take time for his position to become public.  He may never give any details.  The CEO’s attending the Bitcoin for Corporations Seminar have not been made public yet either.  In the next week or perhaps two, those that agree to put Bitcoin on their balance sheets will go public.  What do you think that will do to the Bitcoin price in February, March, April?  Considering where Bitcoin is on the stock to flow model below, Bitcoin price will likely grow exponentially in those three months and beyond.  We have to take it one day at a time.  Here is the stock to flow model again: 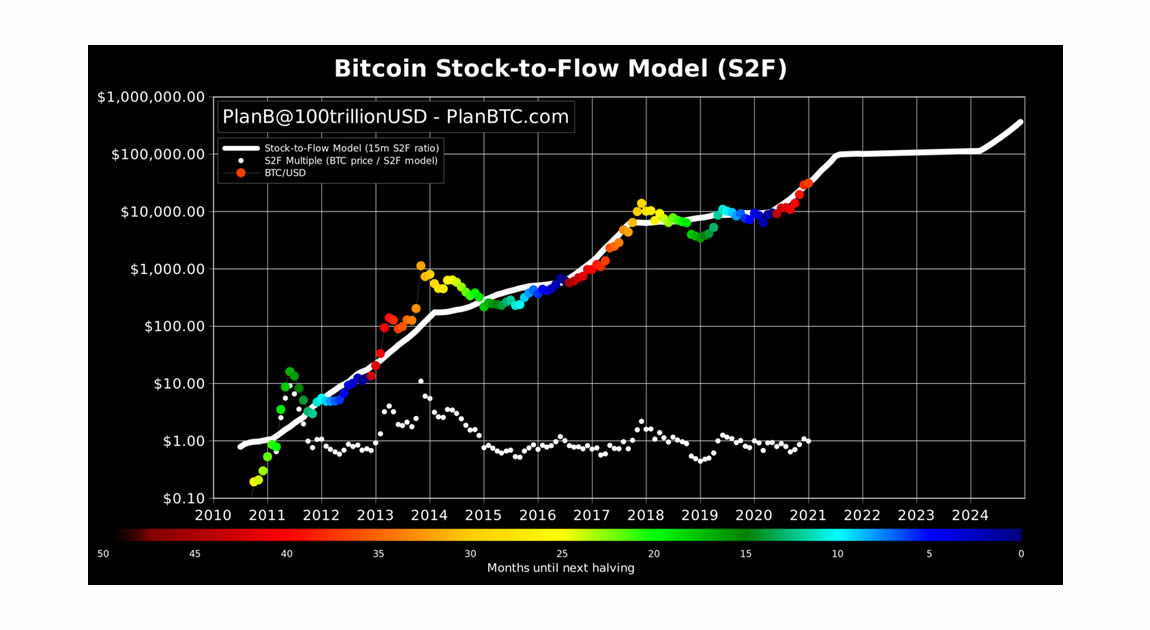 Even though Bitcoin has struggled in January.  It is right in line with what the model shows.  So, it should keep following the model which has been accurate for many years now.

On another note, the Federal Reserve is looking into Hiring managers to research stable coins and central bank digital currencies, click here to read.

Central Banks immolating China who now has a central bank digital currency, will be a massively growing trend in 2021 and 2022, 2023.  Since Bitcoin is such a public open protocol, central banks will resist adopting it for now.  However, when its financial results continue to look like this, we think central banks will eventually embrace Bitcoin too, because in retrospect, it was inevitable.  See the yearly candles chart below: 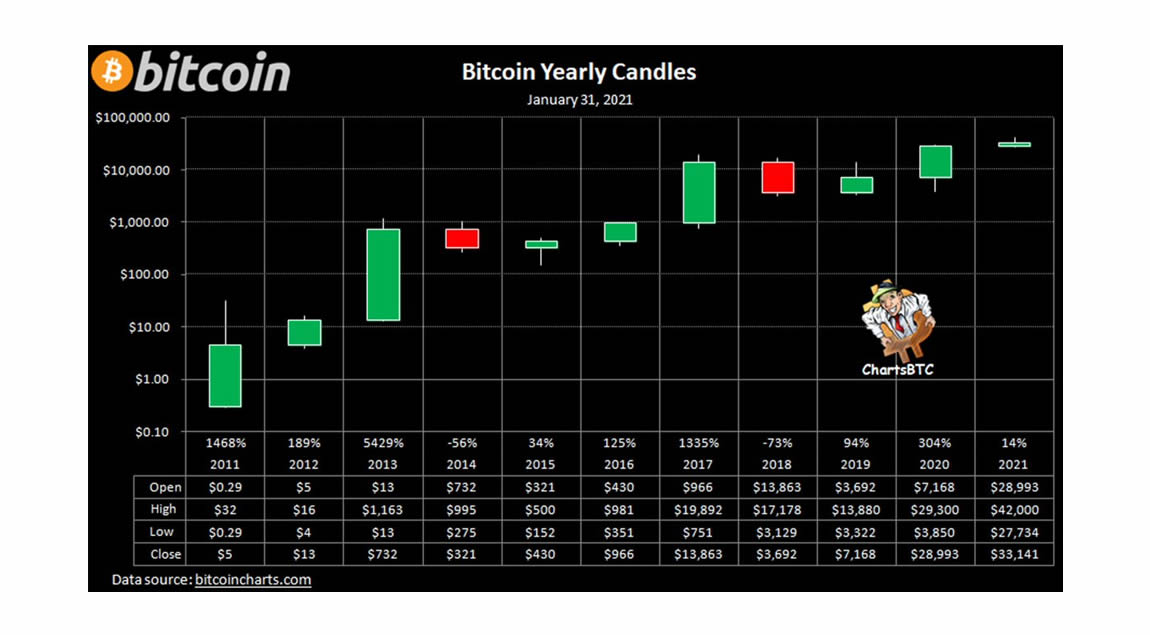