Bitcoin launched from the re-accumulation it has been in since January 6th.  It could break $60K which we called for back in January.  Problem then, we did not know how long this reaccumulation would take.  It took a month.  Which is not too bad.  Here is the most recent chart chronicalling the breakout, better buy some Bitcoin!: 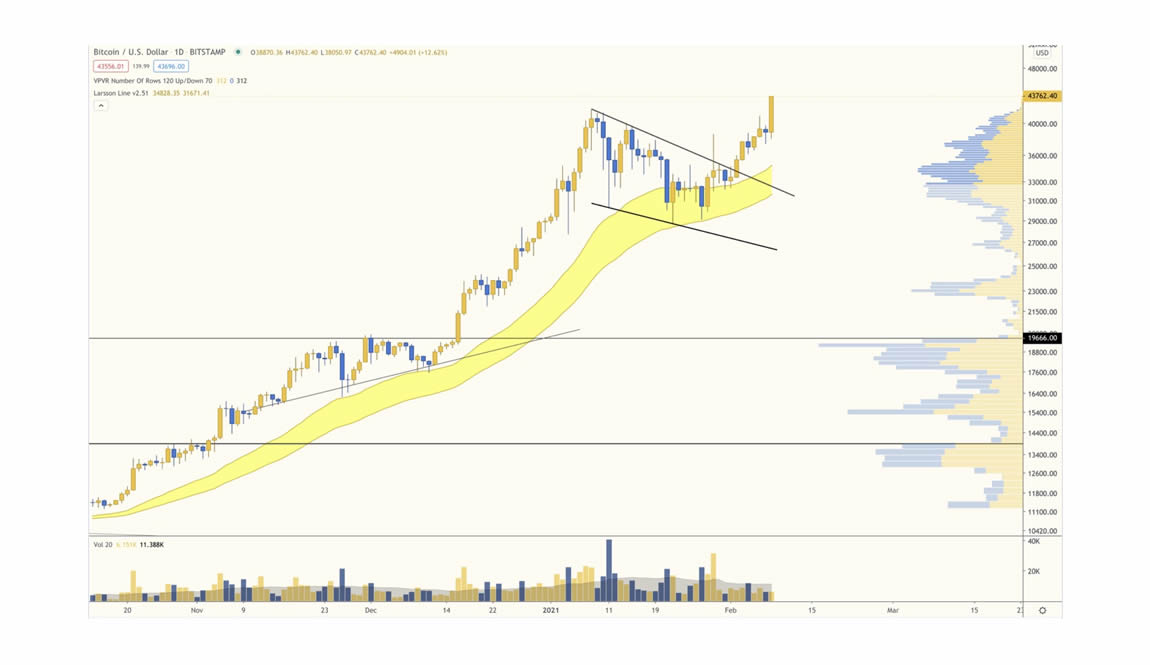 Today is a good day.  Tom Brady, an old guy like me, won the Super Bowl.  So, old guys rule!  Elon Musk and Tesla announced that they bought $1.5 Billion worth of Bitcoin and put it on their balance sheet.  We know from the attendee list that Spacex and 1,400 other companies were attending the virtual conference last week, put on by MicroStrategy, called Bitcoin for Corporations.  It is an outright assault on the US Dollar.  Fortune 500 corporations are hedging the US monetary system.  Which begs the question, from another old guy, David Byrne of the Talking Heads, view tweet.

Lets go through it.  Hope you like the Talking Heads music.  But remember the catchy beat to this song as you read these next charts.  We’ll start with Sven Heinrich tweeting information about Jerome Powells investing habits, view tweet.

There is no end in sight to zero interest rates.  Last week the ECB in Europe announced a spoiler that they may consider negative rates in the future.  That is coming to America at some point.  Perhaps 2022?  Jerome Powell being long the SPY and Russel small cap index to the tune of tens of millions, allows him to benefit greatly from zero interest rates and QE infinity.  However, this devaluates the US dollar.  Here is the latest DXY (USD index) chart: 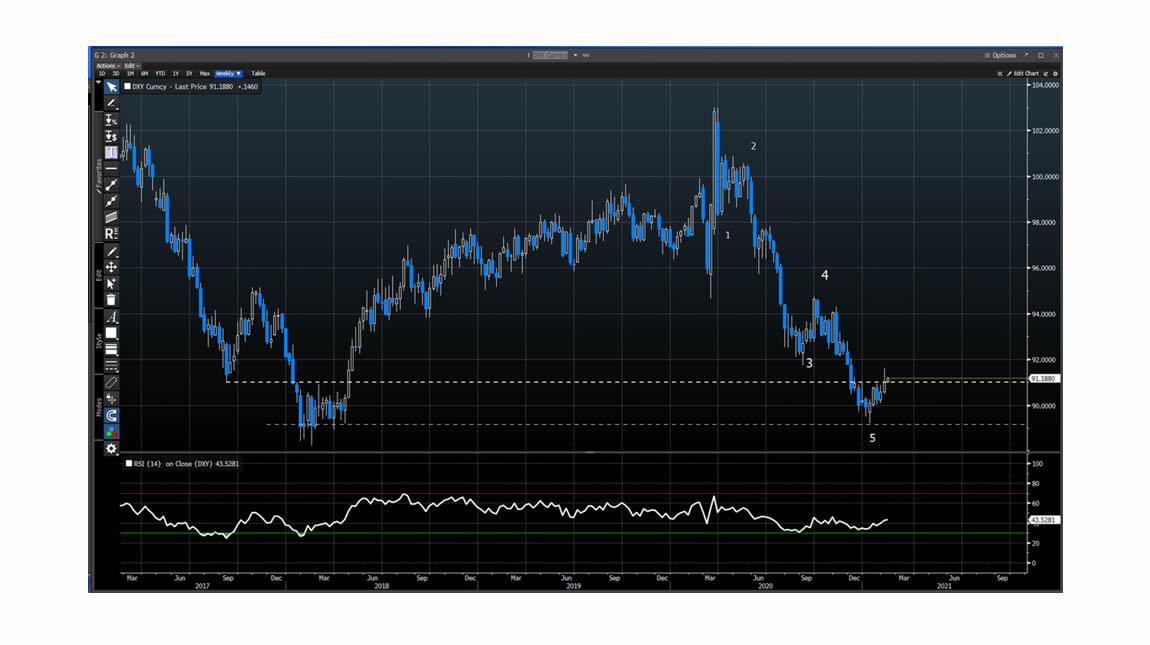 Janet Yellen replacing Steve Mnuchin as Fed secretary means an even loser monetary policy than before.  The $1.9 trillion stimulus is set up to fly through both houses and get signed by Biden.  His regime is really going to expand money supply into the forseeable future.  MMT (modern monetary theory) is going to make America wish for the pre 1971 Gold standard.  However, nowadays, its all about the digital currency.  Many global central banks including the Fed, the ECB, the Canadian and Australian central banks are chasing Bank of China, who was the first central bank to release a central bank digital currency.  So hedge funds have largely capitulated to buying Bitcoin, fortune 500 companies are starting to do that in a big way now, with Tesla buying $1.5 billion, pension funds should be next in line to start capitulating to Bitcoin.  Central Banks will be the last but at some point, perhaps years from now.  Central Banks will also capitulate.  Not because of the price.  Because the network affect will cause so many individuals, institutional investors, corporations, pensions to own Bitcoin.  It is digital, it is peer to peer, it is borderless, it is provably scarce, it is the truest hardest money in the world.  Plus Bitcoin is backed by the most powerful computer network in the world, the blockchain.  Remember the difficulty adjustment, even with quantum computing power the difficulty adjustment can account for that, and the entire blockchain could be upheld from a few individual computers.  Even one quantum computer, because the difficulty adjustment ensures that a block is issued every 10 minutes like clockwork. 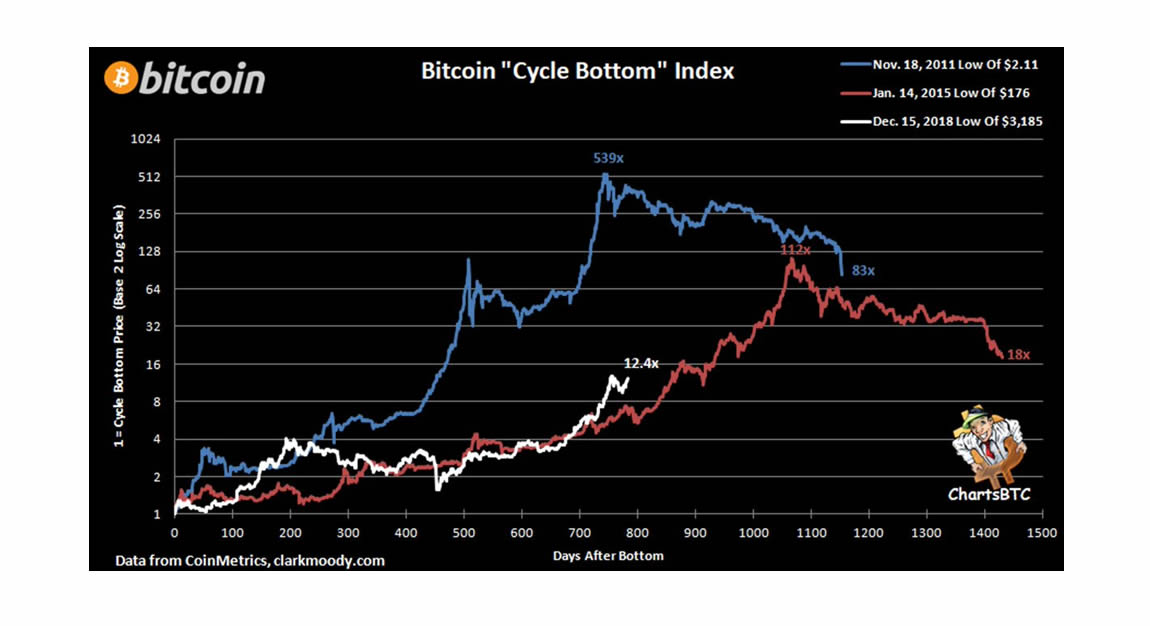