Today will be a shorter blog.  Maybe that is welcomed.  Neutral ATM has another company that is working hard on bringing Bitcoin mining to the Oil and Gas Industry.  Mining stranded gas and flared gas in the oilfields.  The less wasted gas, the better.  That is environmentally responsible.  Not to mention the less gas flaring, the better.  So, how does that involve Paraguay.  Well, today you need to brush up on your Spanish. Below, in Spanish, is the Paraguay Bill to make a commitment to prioritize sustainable Bitcoin mining practices.  So this bill falls short of making Bitcoin legal tender.  That is disappointing.  Politics is politics.  The central banks have already threatened El Salvador.  We expect more threats and some actions too.  However, freedom never sleeps!  So, Paraguay will attempt to join El Salvador using Bitcoin, but not as legal tender.  It is a small step, in the right direction: 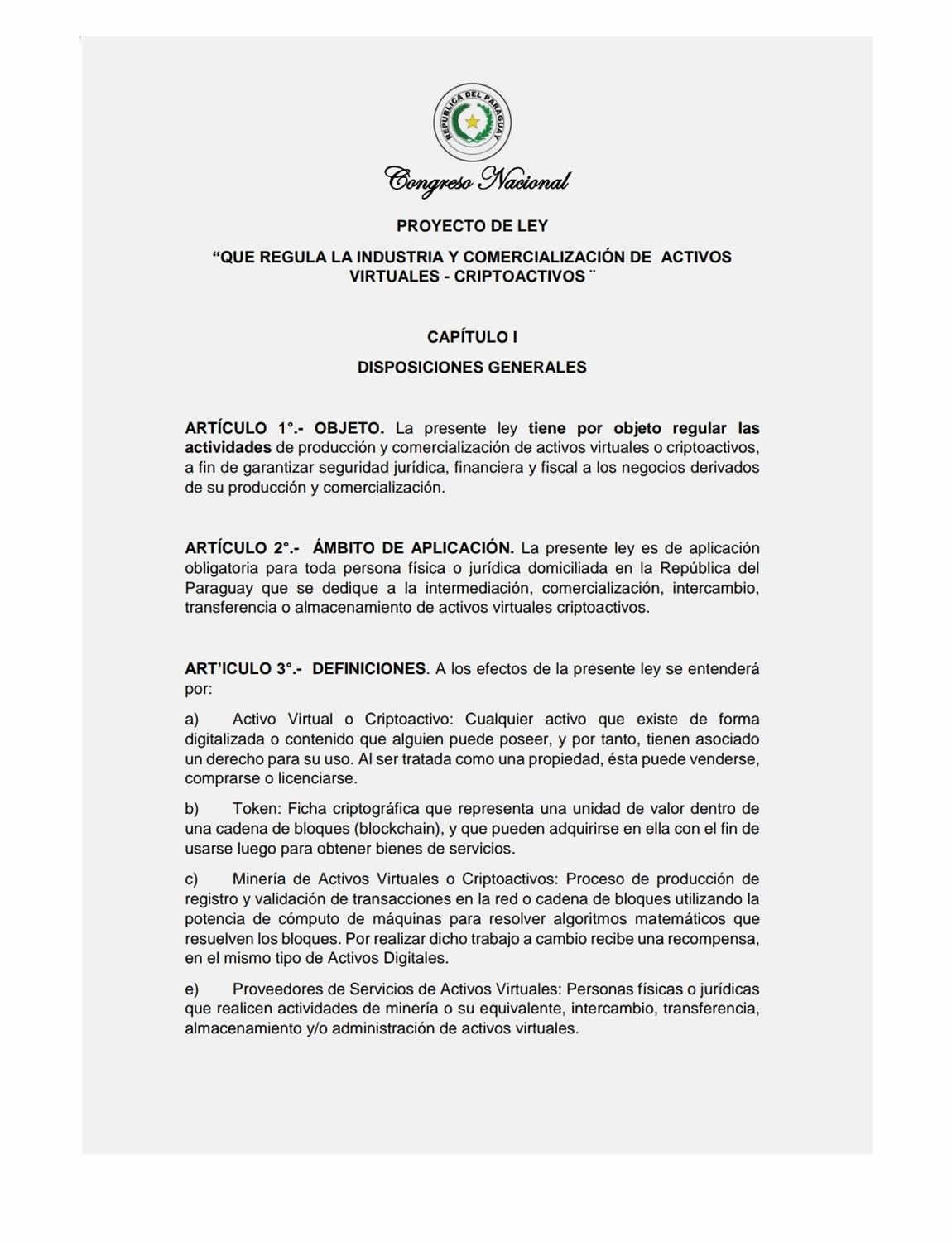 Meanwhile, Bitcoin is printing higher lows when you zoom out 6 years!  Notice the tiny box from mid 2017 where Bitcoin sharply corrected and then went parabolic: 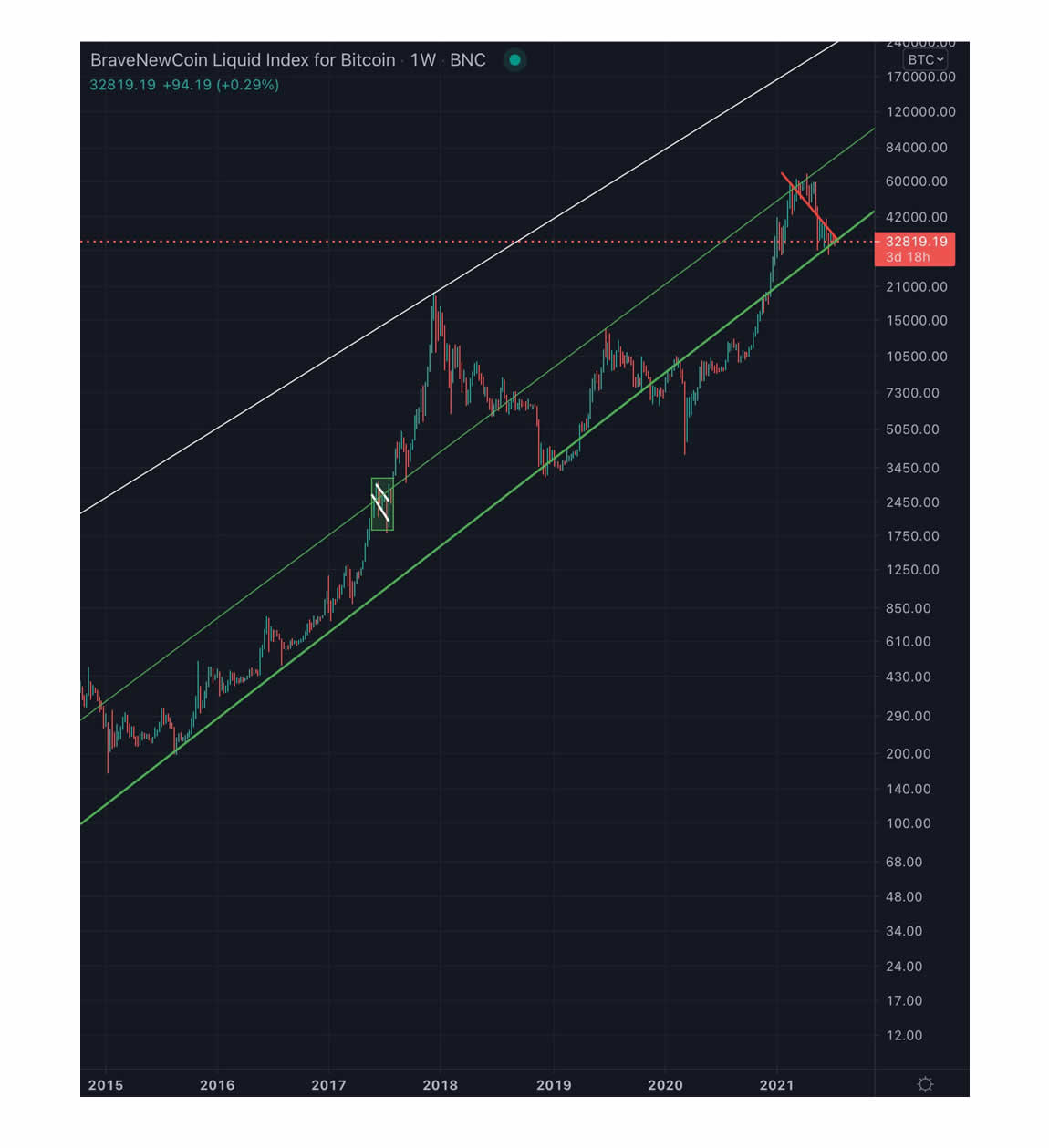 Neutral ATM still sees this bull run similar to the 2013 bull run.  The point is, central banks and institutional investors are publicly putting out FUD against Bitcoin while buying it up.  This bull run could easily far exceed our top end prediction of $220K.  It looks more bullish to us than ever!  Stay patient and focused on growing your Bitcoin holdings, no matter what!

Below is a good reminder of how bullish institutional investors are on Bitcoin.  BlackRock Fund Advisors the largest US institutional investor bought up 14.5% of MicroStrategy.  Most of their holdings were purchased this month.  So, BlackRock is now MicroStrategy’s largest investor, as of July 2021!  What does that tell you?  They want the asymmetry of owning MicorStrategy shares who owns over $3Billion worth of Bitcoin!  Banks are failing right now.  The Fed is loaning them enough money to stay solvent through the reverse repo market at levels never before seen.  The largest institutional investors are pouring in to Bitcoin which is up over 900% since the pandemic started, while Gold is flat.  What does that tell you?  Buy Bitcoin, and hold it, long term.  Sell very sparingly!  Below are MicroStrategy’s investors: 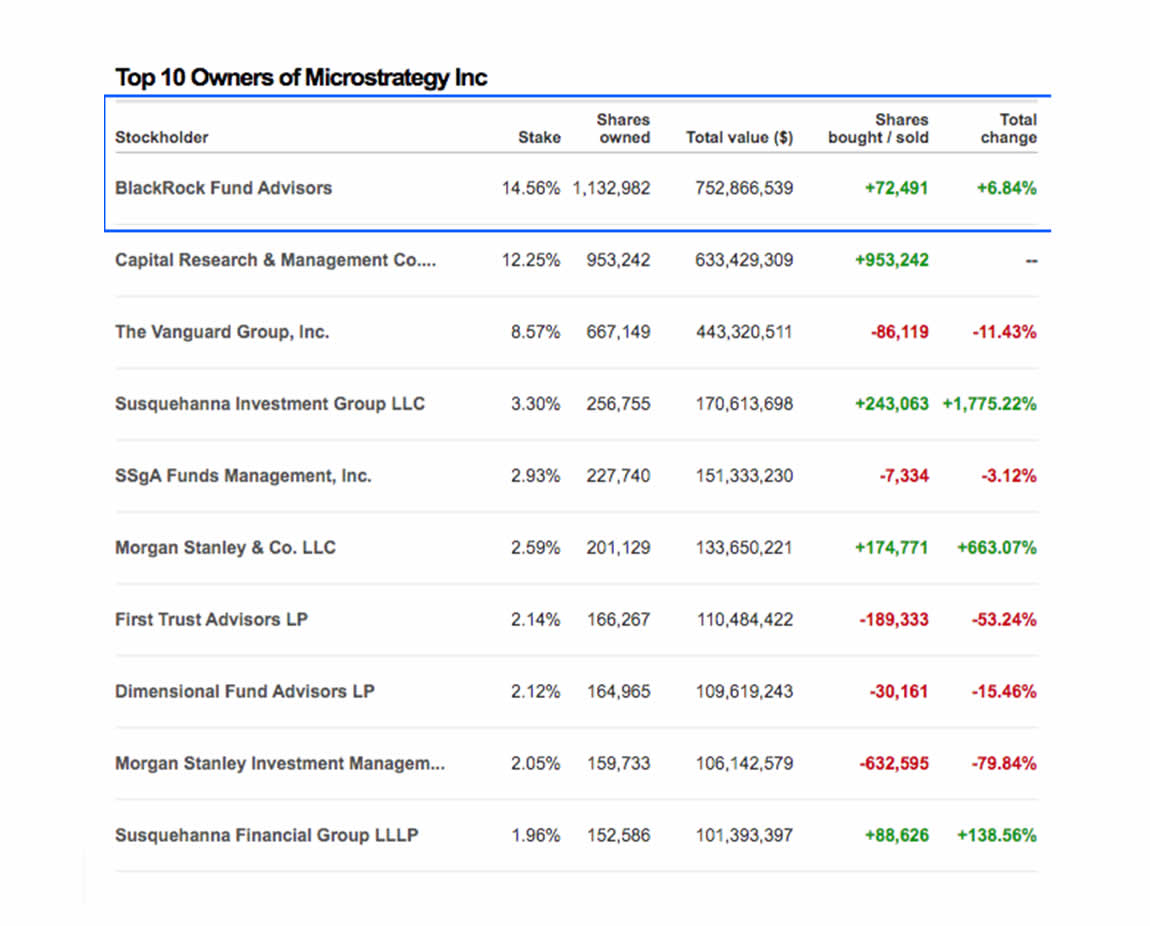 Remember JP Morgan’s CEO Jamie Dimon.  They are buying up shares of Greyscale Bitcoin Trust as fast as possible: 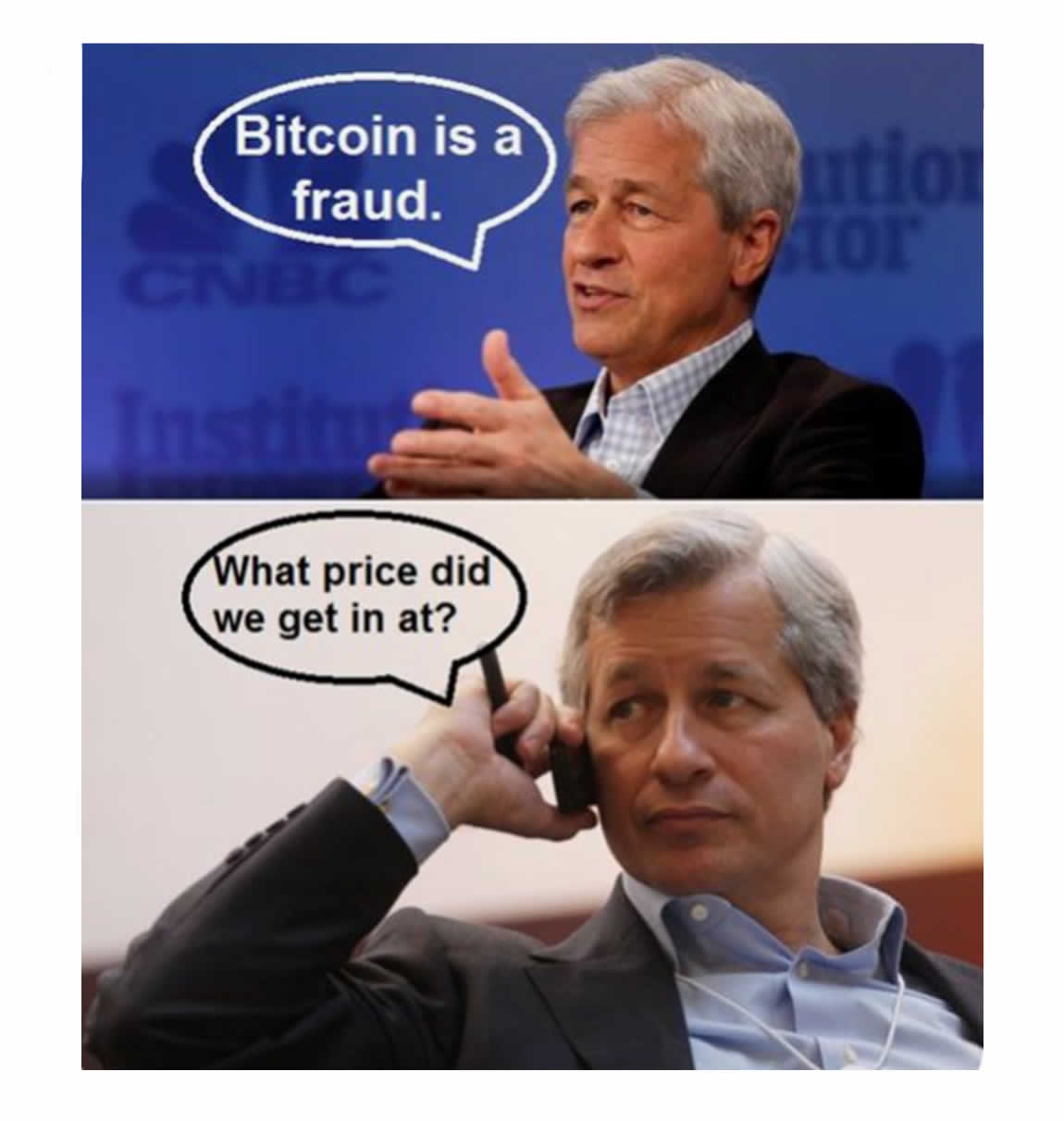 Cathie Wood of Ark Invest is still sticking by her prediction of $500K Bitcoin, at some point in 2022/2023.  Bitcoin is the final lifeboat before this whole economic system collapses!  When that is, nobody knows.  Just get in the boat!