As Bitcoin hits the second half of this bull run soon, the parabola should steepen some.  $7K to $14K daily green candles on the chart should get more common.  Yearly candle chart is below, with a projection for this year: 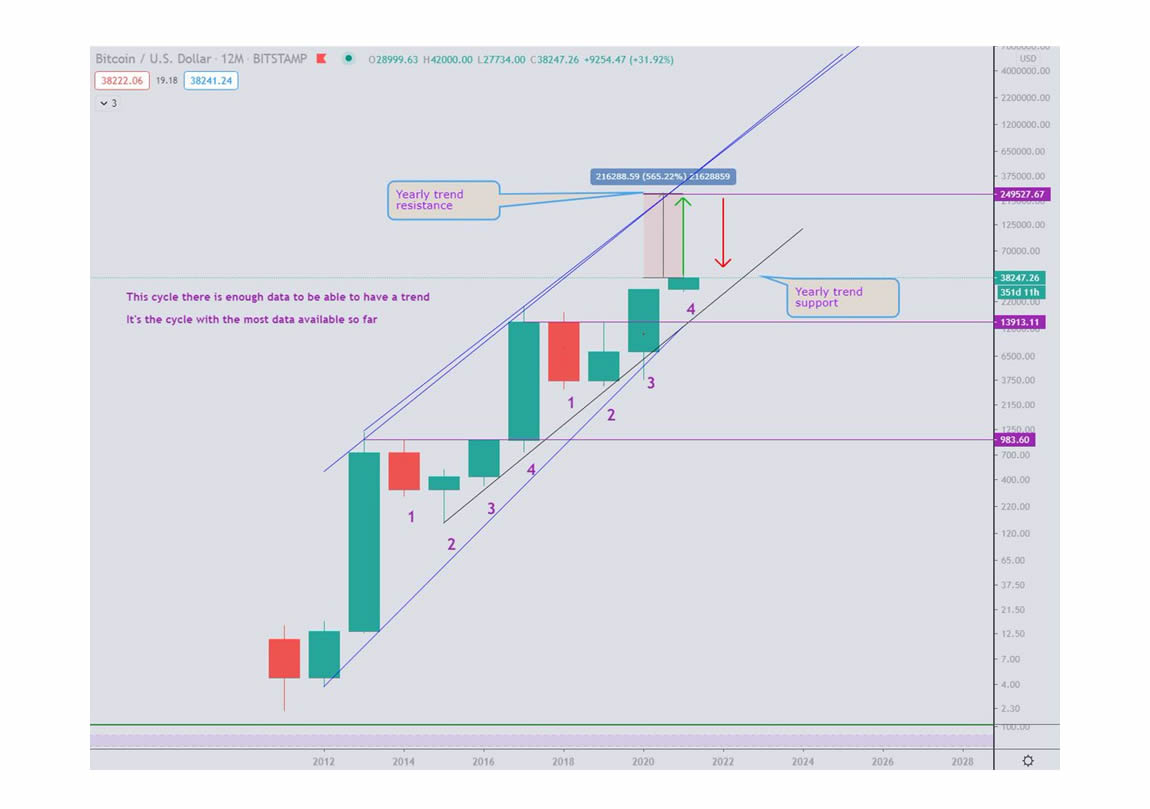 Personally, I want expectations more realistic and if they are exceeded, the surprise is a pleasant one.  With the parabola steepening early, the blow off top could be early as well.  In the past we thought late 2021, early 2022.  It could happen this summer sometime.  My preference is the end of the year and a higher top.  But I have no say in this.  At least that is the outlook from more recent chart analysis.  This is a living breathing chart that gives new signals daily.  This analysis will change a few times between now and the summer.  It does seem possible that if the parabola steepens enough, Bitcoin could reach the $200K+ levels.  However, it could top out at $99K too.  Neutral ATM has been reporting a range between $160K and $220K as most realistic.  We will hold with that for now.  It will likely get adjusted as we get closer to the top.  It will get increasingly important to watch all indicators as this parabola steepens on the way up.  Indicators will come up.  It will get more and more important to stick to a strategy whether that is ladder out of Bitcoin to diversified into scarce assets (Real Estate, Art, Ethereum, Gold) or stay in Bitcoin and HODL.  Neutral ATM will do both.  We think Bitcoin will be adopted by Central Banks in some capacity, and it could become a global reserve currency at some point.  We have a piece of Real Estate to buy, at or near the top of the Bitcoin market cycle.  We will move more into Fine Art investments, to diversify, also near the Bitcoin top.  We will add more Ethereum to the portfolio.  But we will keep some Bitcoin and use it as collateral potentially.  Neutral ATM has two more Bitcoin ATM’s coming online soon, and we will probably have 5 or 6 online by the end of 2021.  We believe it will be even more important to accumulate more Bitcoin after the blow off top when prices are cheaper.  We are also excited about the new Bitcoin ETF just announced in Canada: 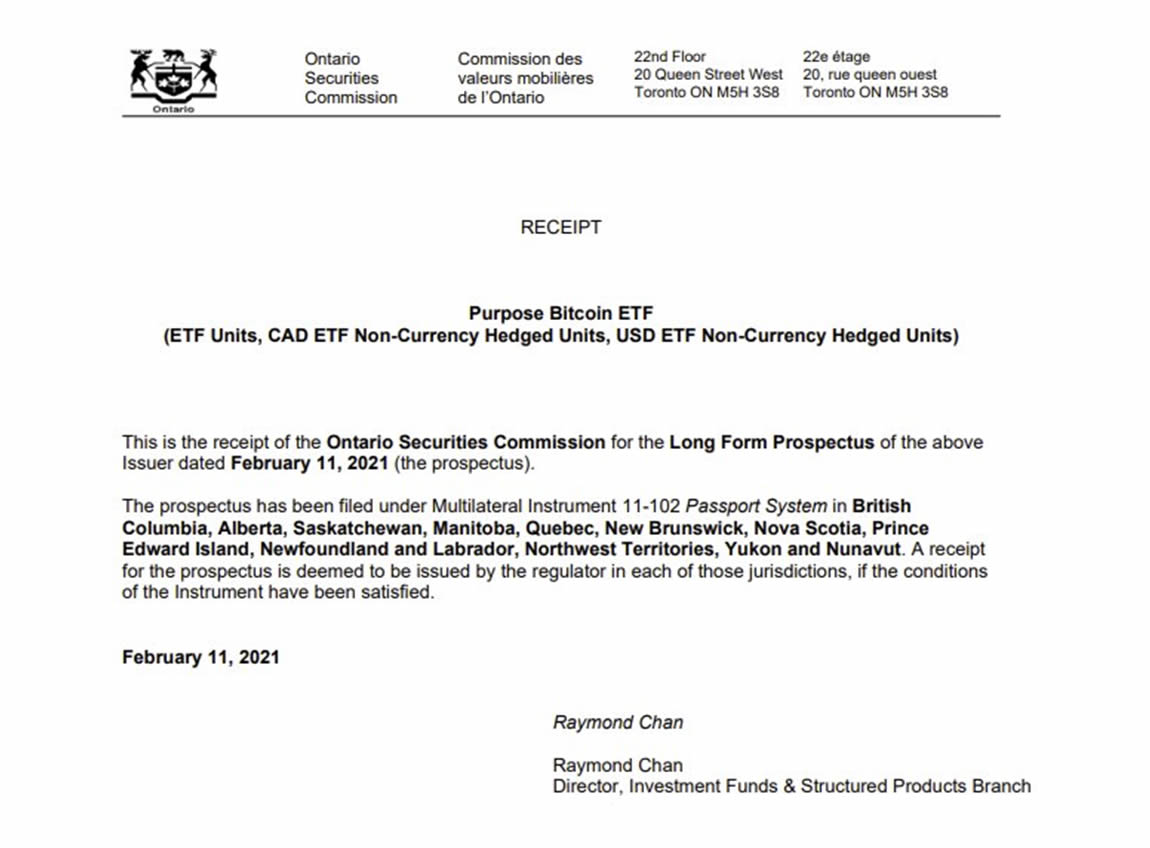 These Bitcoin ETF’s are important for mainstream stock investors to buy into Bitcoin and realize these excellent returns Bitcoin achieves 3 out of every 4 years.  Below is a video from Francis Suarez the Mayor of Miami, FL on Bitcoin in Miami, view tweet.

There will be other cities adopting Bitcoin in this way or similarly.  With ETF’s and municipalities already starting to come into Bitcoin, pension funds will likely be the next aspect of the traditional finance system to adopt Bitcoin.  If they do, the parabola will really steepen fast.  Also, look for more major corporations like Apple, Spacex, Twitter, Amazon, and some media companies like CNN, ABC, NBC to add Bitcoin to their balance sheets.  From now until June, July, or August Bitcoin will be the hottest asset in the financial world.  With so much legacy financial system adoption into Bitcoin, it could also slow down the trajectory of the bear market.  This will play out well into 2022.  If Pensions actually do adopt Bitcoin and some of these corporations mentioned above, the dip during the bear market may very well be much less pronounced.  We are expecting a more gentle slope in future Bitcoin cycles.  If Bitcoin were to hit $100K to $200K and only dip down to the $50K to $75K level. Bitcoin swings continue lessening over the next decade.  Again, as we have stated over and over, it is not so much the price of Bitcoin that matters.  It’s how much Bitcoin do you hold that matters.  That is why we do not trade our Bitcoin, we hold it.  We accumulate, we don’t trade.  That will always be the most important question as the world wakes up to hard money charactoristics.  Better returns in spite of volatility.  Inflation issues have already led to the worst wealth inequality in American history, at this present time.  The Cantillon effect will only worsen as more and more stimulus and QE is instituted by the Government or the Fed.  The awakening to hard money has already begun.  Accumulate Bitcoin and hold it, diversify carefully during bear markets, then accumulate as much as possible in bull markets.  Use it as collateral.  Sell very little and with great reservation.  Only exchange Bitcoin for scarce assets.