Noise About Bitcoin, Ignore It!

The news on Bitcoin is changing fast and furious.  Each piece of news by itself is just noise.  Therefore, we will focus on what is NOT just noise.  The lightening network is growing to over 2K BTC now: 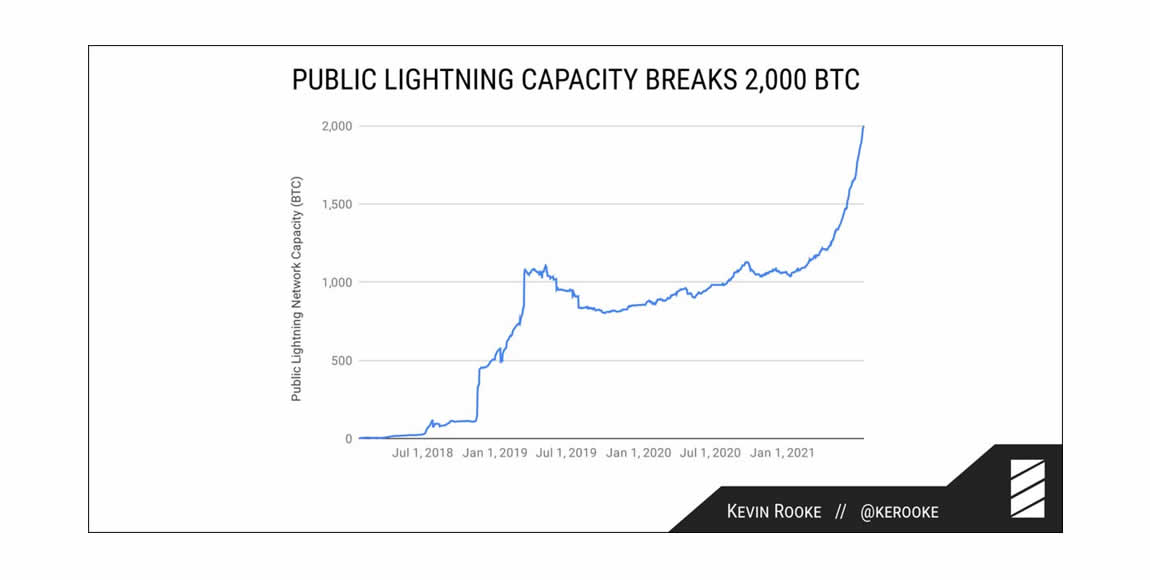 This network will eventually eliminate remittance payments which at the present log over $800 billion per year in fees.  This hits the lowest 10% of earners in the world, mostly in third world countries.  This practice is unethical and will eventually be stopped.  ATM machines offer a cheaper option with great convenience.  Those with cell phones and good internet will be able to use the lightening network even cheaper, and avoid the outlandish fees in Venezuela, El Salvador, Panama, and Mexico, just to name a few.  These governments were often creating these remittance fees in most cases.  The decentralized network ends this!

As the supply shock for Bitcoin continues, watch the RSI.  This chart below is from last week, but it shows the RSI breaking out of a long term wedge pattern, that started in April: 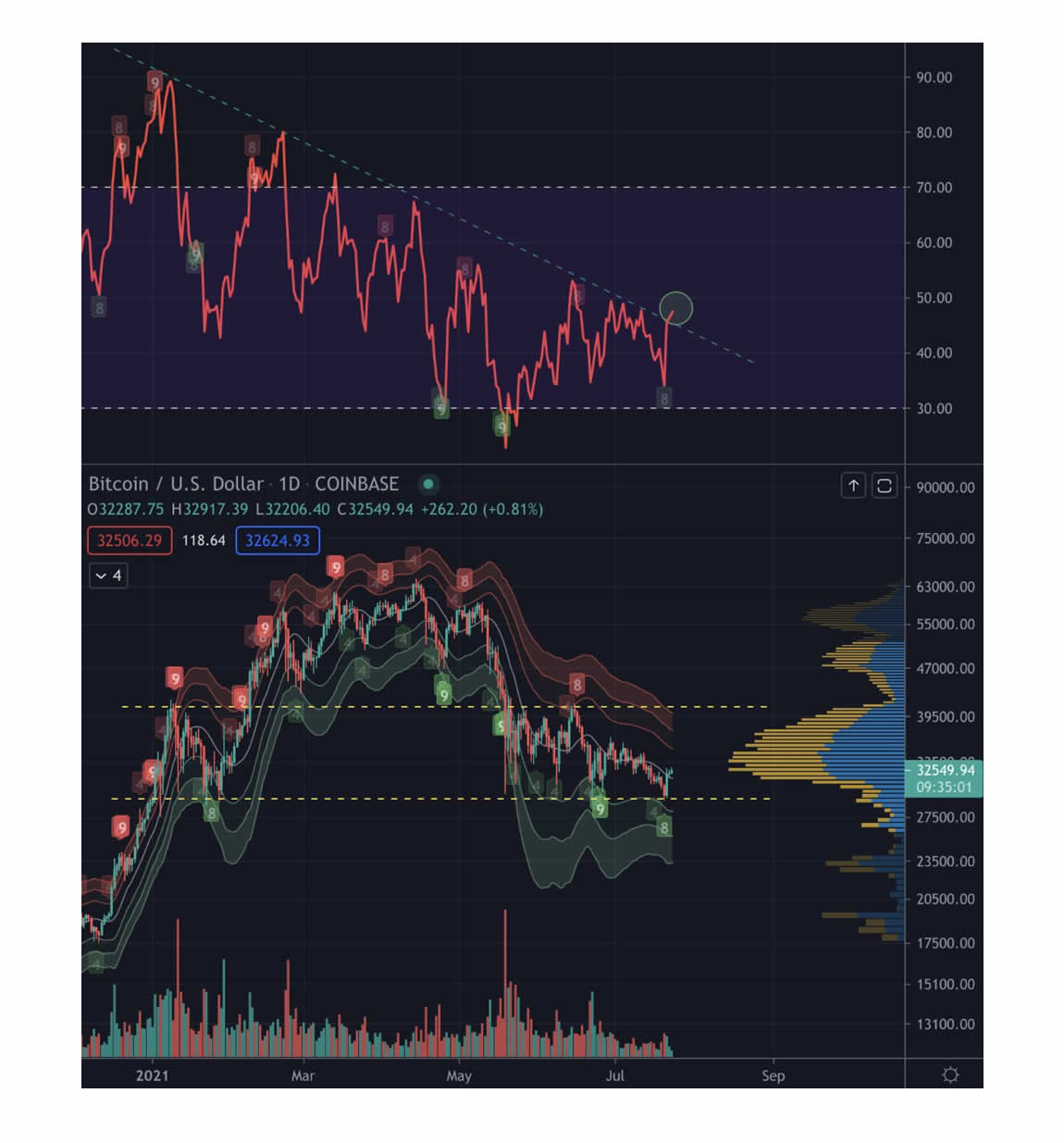 Also, notice the resistance up to $41K in the above chart.  Bitcoin has now reached $40,900 but has not broken above this $41K resistance line.  Once that happens, it is smooth sailing until $54K!  This will take time.  The price does’nt matter, nor the timing.  How much Bitcoin you possess is what really matters.  Only count what is stored offline where you possess the keys.  Cold Card and Trezor are who we use for offline Bitcoin storage!

Forget about Elizabeth Warren’s comments about Bitcoin on Twitter and CNBC.  She only likes what IS centralized like the USD and stocks.  The entire government is that way because they have zero control over Bitcoin.  They cannot stop it!

Below is the Wyckoff distribution pattern Bitcoin has been in since April.  Neutral ATM sees that we are in Phase C of this pattern and the low of $28,800 last month was the spring to start phase C.  Perhaps whenever Bitcoin gets beyond the $54K resistance, will kick off Phase E.  That could be September, October time frame, when it does happen, the price action will go parabolic.  Stay level headed, emotion is not part of this: 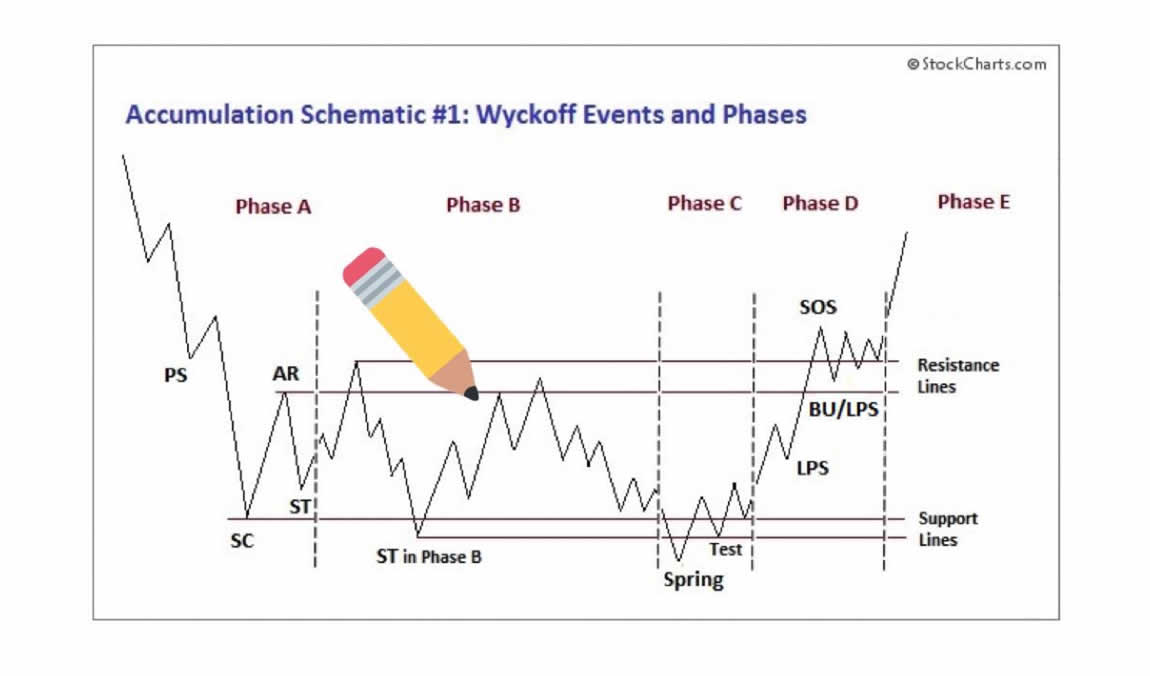 Bitcoin is still a lightening rod in the press and will remain so until after this bull run is over.  The continued manipulation of Bitcoin is to be expected.  Ignore the noise, realize these tests of resistance lines and support lines are supposed to happen.  Don’t fall for the narrative that Bitcoin is tanking just because it is headed down from the day or week before.  Zoom out on the chart and enjoy this bull run.  We don’t see it ending until very late 2021 or early 2022!