The election chaos and uncertainty is obviously making Bitcoin very bullish.  Right now it is accumulating and it is unclear if it will push above $16K or continue a descending channel.  Here is a chart to show the latest chart behaviour of Bitcoin:

It is unclear whether this is bullish or bearish.  The chart below shows more detail.  Notice the increasing RSI number and increasing volume.  This chart could point to a push above $16K up to $17K.  It is hard to say: 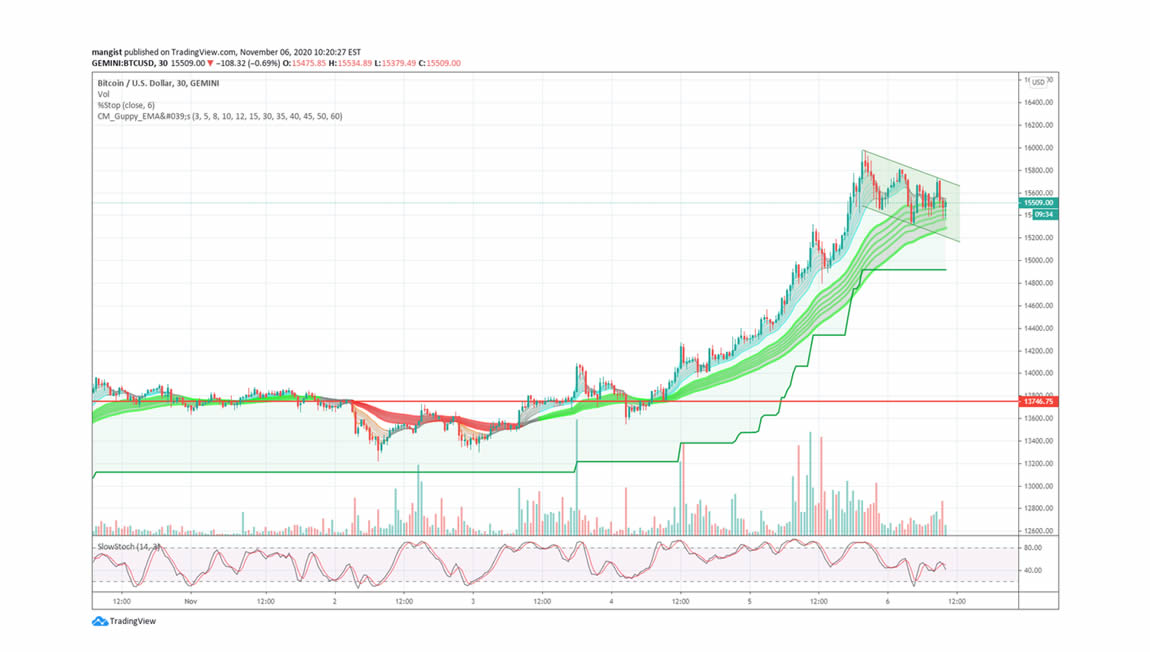 Neutral ATM still expects a test of the $12K to $12.5K resistance turned support level.  That just makes sense but with chaos and uncertainty reining supreme due to this election, which is highly contested, Bitcoin seems to keep going up.  The chart never lies.  It simply does’nt matter what makes common sense or not.  Bitcoin just keeps going up.  As we watch Bitcoin printing this descending triangle it still looks more bullish than bearish.  Like we have said, Neutral ATM is longterm HODLer, in our position.  That will not change.  So we keep watching the global macro outlook and right now that is straight bullish for Bitcoin and for Ethereum.  Below is another Bitcoin chart showing the almost 4 months it has remained above $10,000.  Now the 200 day moving average is officially above $10,000 for the first time ever:

Holding cash makes no sense.  Bitcoin, Ethereum, Gold, Fine Art and a little Silver (in Silver Coins) remain our holding.  We are looking at rental property and land with passive income potential to move Bitcoin profits into after this bull run is over in late 2021 or early 2022.  Thanks to Real Vision for this next chart.  Bitcoin really is the assymetric bet of a generation.  We have never seen a better chart than this: 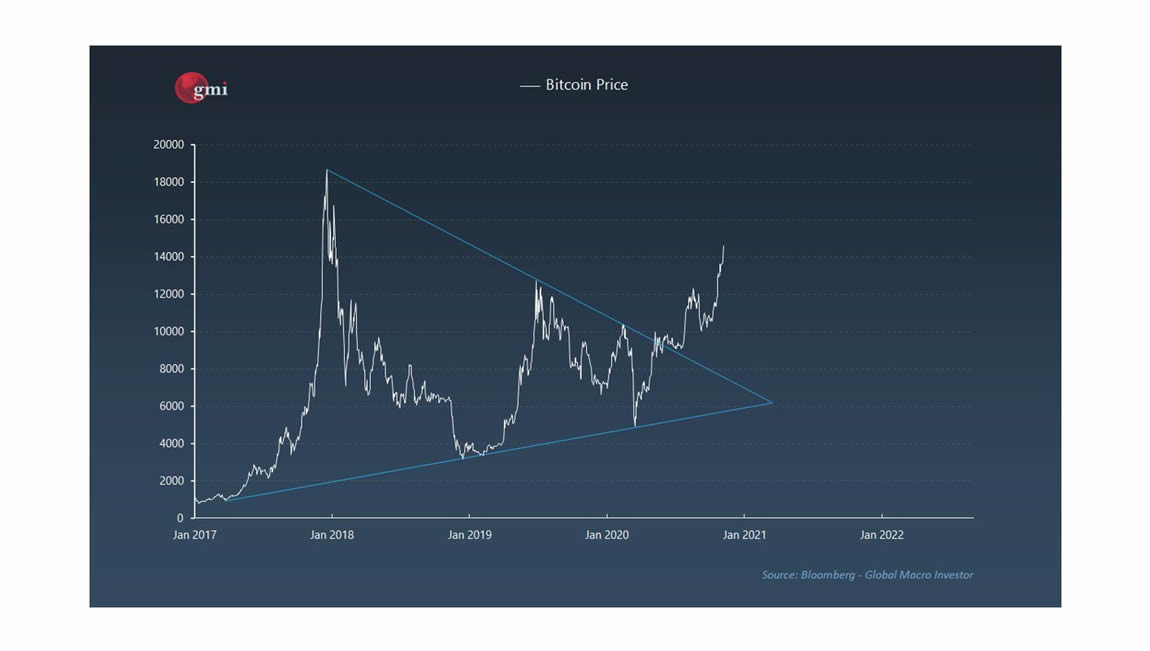 We wanted to close with another mention of the PayPal announcement.  PayPal customers (345 Million of them) can buy, sell, and hold cryptocurrency and use it to shop at the 26M merchants on its network.  PayPal goes live with this in around 10 days.  What will this do to Bitcoin, Ethereum, and Litecoin prices?  On another final note, here is the USD index (DXY) chart.  The DXY is falling massively as more and more it appears this election could actually go to Biden: 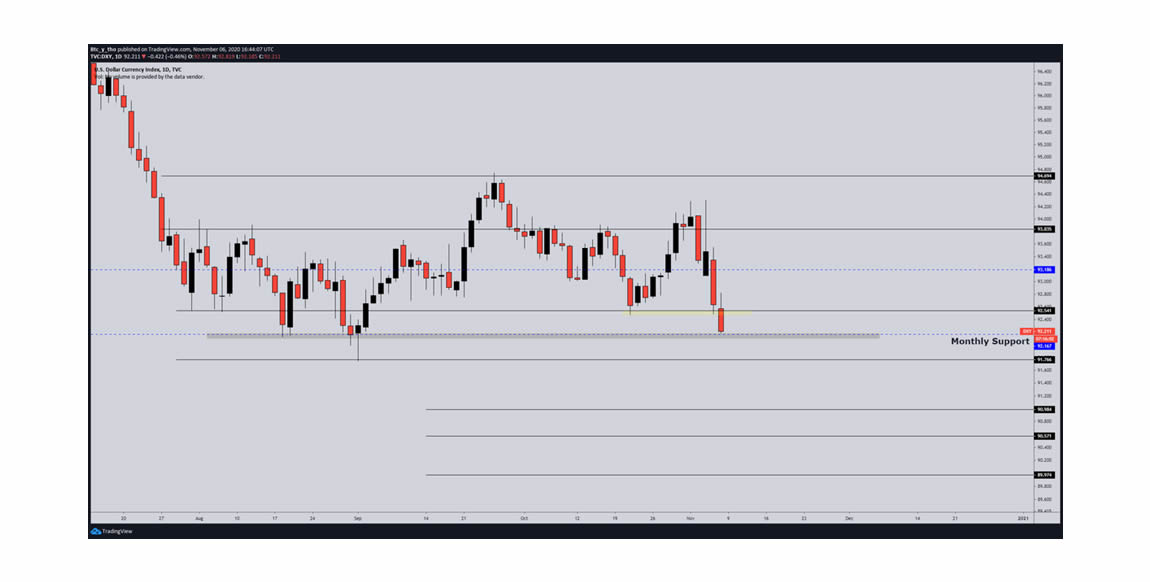 People across America and the world will have to protect wealth and invest in appreciating assets, not hold cash.  One warning.  If Trump’s legal efforts work and the illegal votes are thrown out.  Trump could win.  The DXY would climb up big if that happened.  Then, the scenario of Bitcoin testing $12K comes into play.  That changes nothing longterm.  Bitcoin is still the best speculation in this environment in the world.  Neutral ATM is here to get everyone off of zero Bitcoin.