Bitcoin is struggling in the high $31K range.  The media is having a field day with that and has been for a while.  Yet, the wyckoff distribution pattern still appears legitimate.  In this next chart, we see the potential for the spring at the bottom of the pattern and the next leg up: 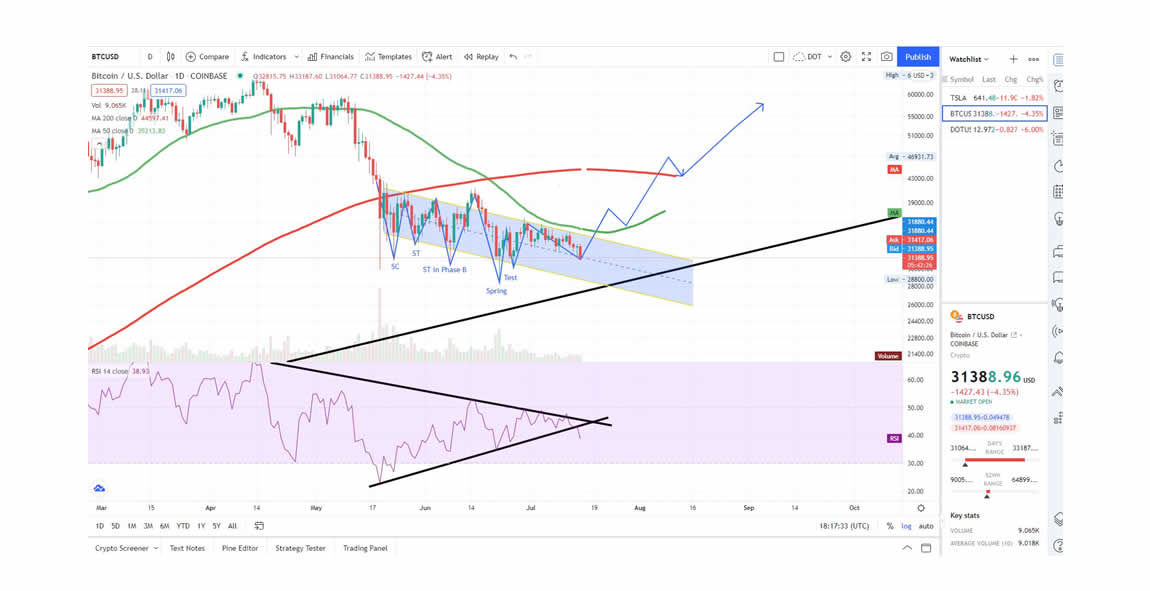 Ignore the noise in the media about Bitcoin.  The leg up, whenever it happens, will be legendary.  It could take months from now although Neutral ATM doubts that very much.  Expect a stock market crash this fall, perhaps that will be the catalyst for Bitcoin to take off!  It is easier for us to see the big picture over long time frames than a matter of days or weeks.  We just know we should all be invested in Bitcoin now.  The price is cheap, it appears unlikely to get much cheaper.  Everyone is nervous.  Stay calm!