OK so its Friday and Bitcoin is being so boring!  Today, we dive into global macroeconomics. This drives Bitcoin fomo anyway, right? This first chart is Japan’s macro outlook over the last 61 years.  First notice the demographics.  The gray bars are over 60 years old, the green bars are 20 – 60 years old.  Working age adults shrinking as a percent of population.  That is bad for any economy.  With baby boomers being the largest overall segment of the population, the US is going into a demographic change like Japan did.  Debt to GDP started rising and interest rates fell off as the demographic kept getting older and older.  Sound familiar?  The Nikkei 225 went parabolic then crashed and led Japan into the lost decade.  Neutral ATM still thinks the US can avoid this if the central bank starts buying Bitcoin for their balance sheet.  Peter Theil suggested this today in an interview.  The US must compete with China, owning Bitcoin on the balance sheet of the Fed, is a good way to compete.  Here is the chart below:

Another factor the US is facing is the goods and services trade deficit.  It is moving up ever since Covid 19 began: 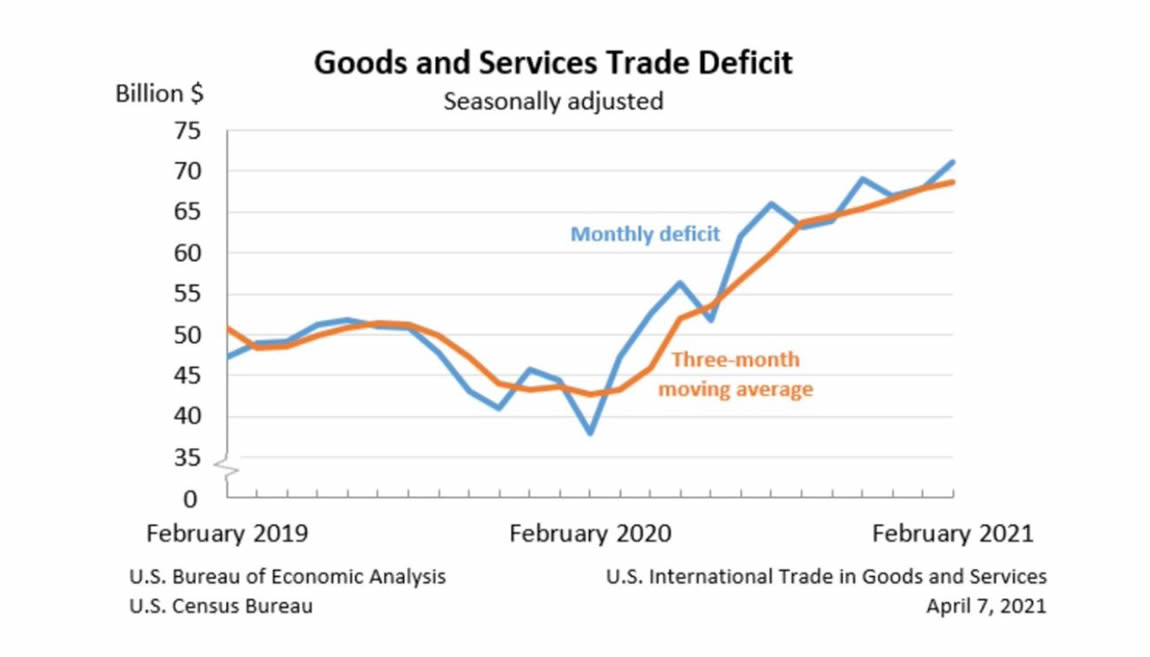 Neutral ATM has blogged extensively about inflation.  Last week we showed 1971 cost of living chart, and a McDonald’s menu from that same year.  Big macs have inflated 30% per year since 1971.  Cars have inflated the same 30% per year since 1971.  On average.  We have shown the last chapwood index before it was shut down.  We have blogged about M1 and M2 money supply no longer being tracked on FRED.com, St Louis Fed website.  Therefore, it should come as no surprise that CPI inflation (currently 1.4%) is down, while money supply is straight up!  That is evident on this next chart.  It tracks M2 money supply vs inflation.  Only in 2001, 2008 and especially 2020, 2021 has money supply spiked up, but inflation remained flat or fell.  Fiat currency manipulation is the reason for this and it has been going on nearly 20 years.  Yet, in no point in history has the spread between money supply and inflation been what it is today!  So, Bitcoin being a decentralized, provably scarce currency and store of value is coming on at the exact right time.  Here is the chart: 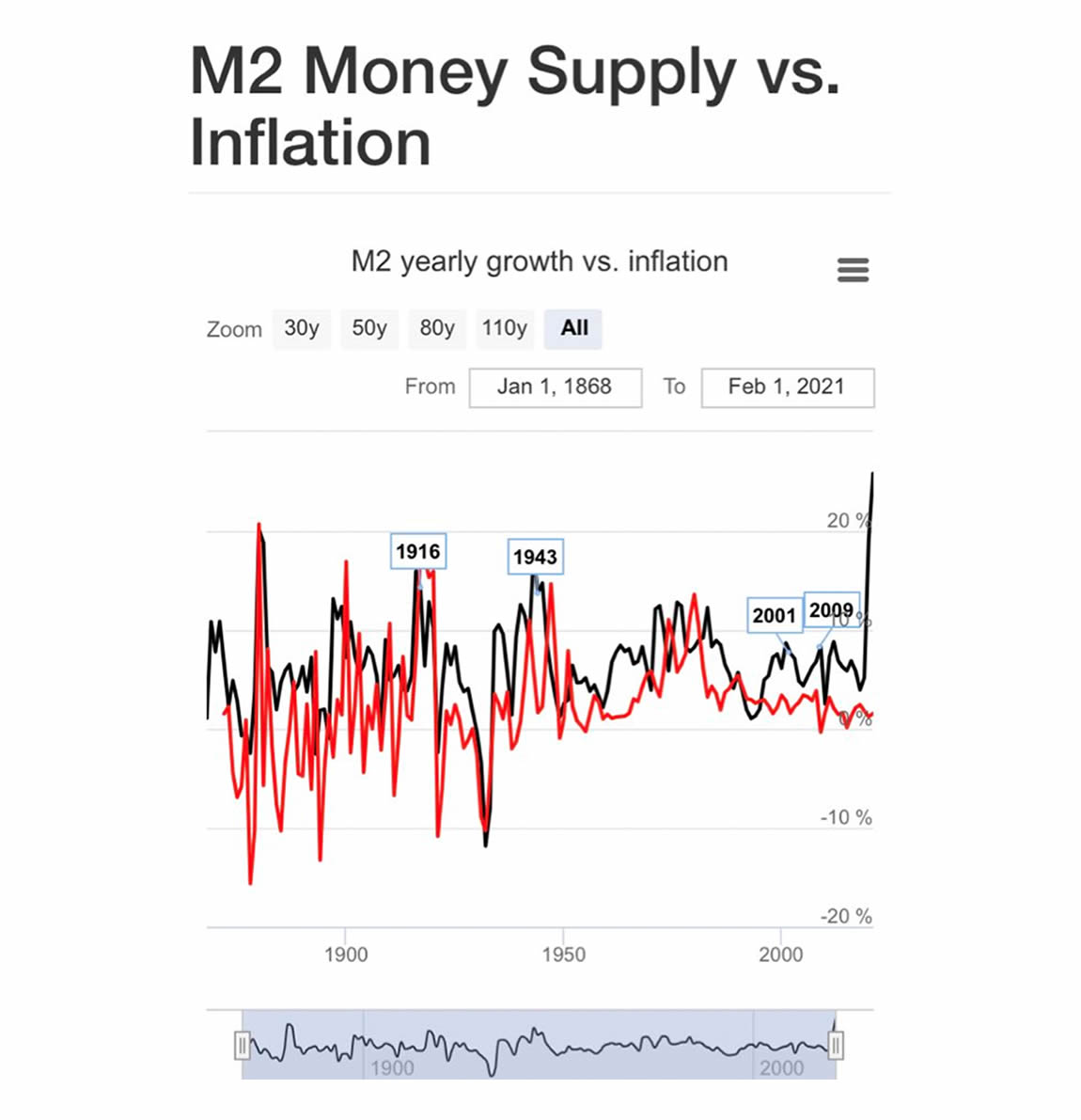 Obviously, Bitcoin solves many of the fiat monetary system and banking system problems like trade imbalances, inflation, even national security.  If the US does NOT add Bitcoin to it’s balance sheet over the next few years it will fall well behind China.  China is already the largest economy in the world, the US needs Bitcoin more than ever.  For its citizens, and for the federal reserve.

Buying Bitcoin now makes great sense as it has been trading sideways for over a month and may continue longer than expected for the 3rd week in a row!  Buying more of it now makes sense because when it does break out of the wedge it is trading in, it will bring down the house:

Consider buying Bitcoin while it is still consolidating.  Study the above chart.  We predict $160K to $220K but that could be conservative for this cycles all time high (ATH).