Bitcoin has been re-accumulating and trading sideways for 8 weeks now.  Frustrating as it is, we must remember the stock to flow model.  Bitcoin had increased over 1,100% since March 2020 when the corona virus dump dropped it all the way to $3,850!  It bounced and was up to $8500+ when the halving on May 11, 2020 came around.  The perfect set up for a run.  Neutral ATM rode that entire wave and we will not sell anything during this re-acumulation.  We realize, the best is yet to come!  Most investors are pulling Bitcoin off exchanges and keeping it in cold storage.  Money Printing at the Fed has hit $6trillion so far in 2021!  Unbeleivable.  Yet, Bitcoin has traded mostly between $50K and $60K since late February.  A few short trips above and below that range but mostly stuck in that range.  RSI has reset, we showed those charts early this week.  In the below chart, a reverse head and shoulders pattern is revealed.  That is bullish.  However, it probably won’t be enough to pull Bitcoin above $60K.  We have said daily, when it does break out it will be big.  Here is the chart: 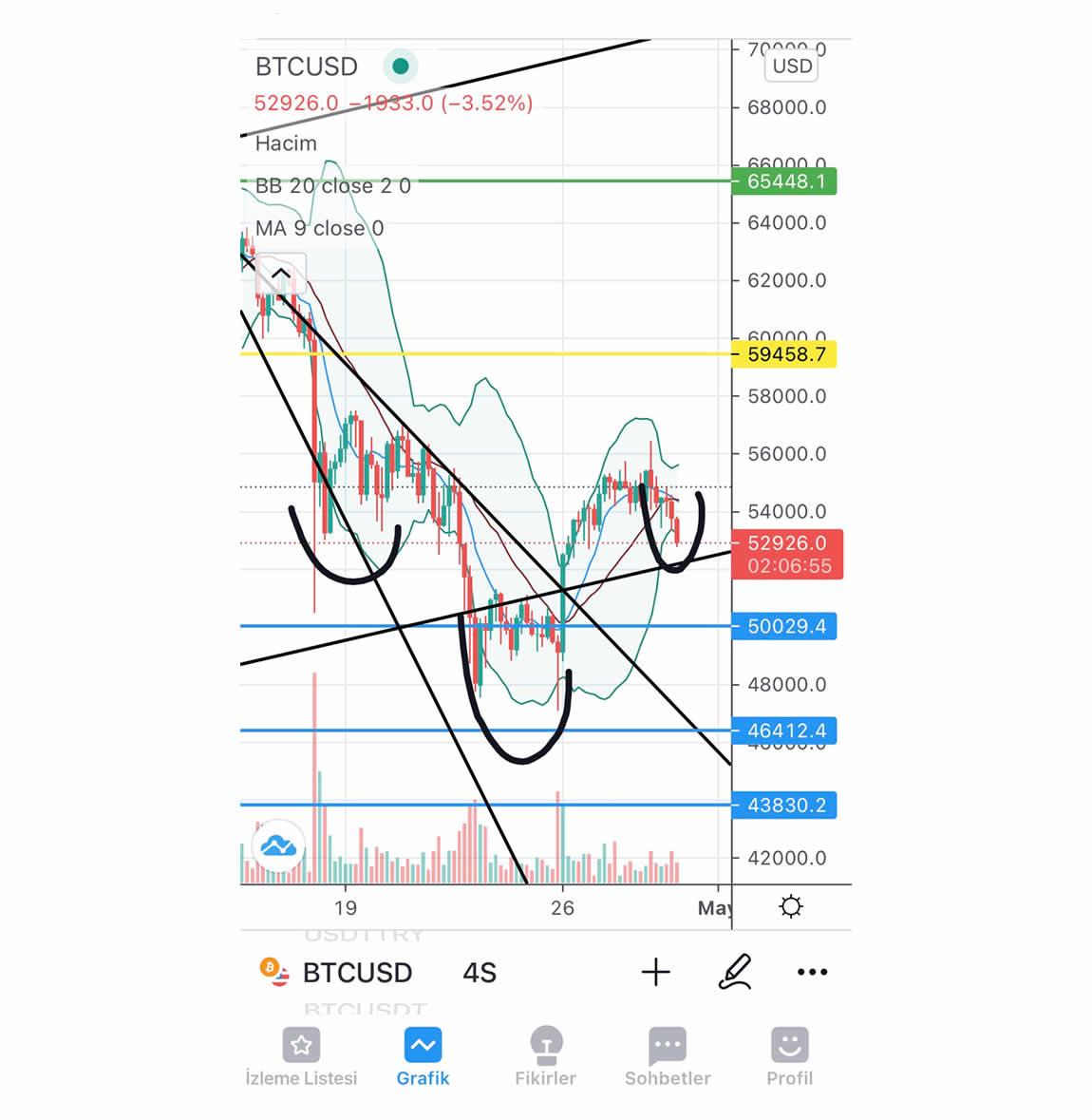 Bitcoin has to rest.  Everything has to reset.  The alt coins are coming on, especially Ethereum.  We own that too.  It may very well break out towards $10K between next week and early July.  Bitcoin’s re-accumulation could last another month or two.  If alt coins break out, that will suck energy out of Bitcoin for a while.  Doesn’t mean Bitcoin is dying.  It just means alt coins are doing better for a season.  We may move a little more into Ethereum for the short term!  However, our allegiance is and always has been Bitcoin.  No alt coin has the proof of work and decentralization of Bitcoin and the blockchain.

Below, is a Forbes article about the stock to flow model and its uncanny accuracy for ten years, even though it only came out 2 years ago, click here to read article.

Alt coins are not predictable the way Bitcoin is.  Bitcoin has the potential, unlike any alt coin.  To be a global reserve currency someday, in the distant future.  That will always be our thesis.  Bitcoin is that powerful.  We have already explained the programable scarcity by cutting the miner reward by 50% every 210,000 blocks.  This is what creates the accuracy of the stock to flow model.  It measures the current supply of Bitcoin divided by the annual production of Bitcoin.  Since halving the miner reward, cuts the flow or annual production of Bitcoin by 50%, and the supply is easy to measure daily.  Bitcoin bears the standard, for being the only crypto currency that can be measured, with a stock to flow.  Gold and Silver can be measured this way.  They were money, until fiat currency took over.  Now Bitcoin has those charactoristics.  At a time when fiat currency is in it’s death throws.  Money printing has to be kept up, or interest rates would go wild, upwards.  This would shut down stock markets, and destroy real estate markets, globally.  The great reset is about one thing, reseting the monetary system!  However, what if a digital currency which is divisible out 8 decimal places (100 million Satoshi’s is 1 Bitcoin), has the scarcity to replace fiat currency.  Technology is deflationary, yet Bitcoin is more deflatioinary than technology.  If the world was on a Bitcoin standard, there would be no inflation, ever.  It is that deflationary!  And it was created in the US.  It brings about national security.  Currency wars over Gold and in general, currency, would end.  These trace back centuries.  Gold was largely the prime reason for a number of wars, more recently the petro dollar was.  Either way, Bitcoin has properties, based on digital technology that no other asset has.  Investing long term in Bitcoin before Central Banks do?  Genius!