Nearly 20% of ARK Invest’s holdings are Crypto invested companies.  This is their ETF holdings below: 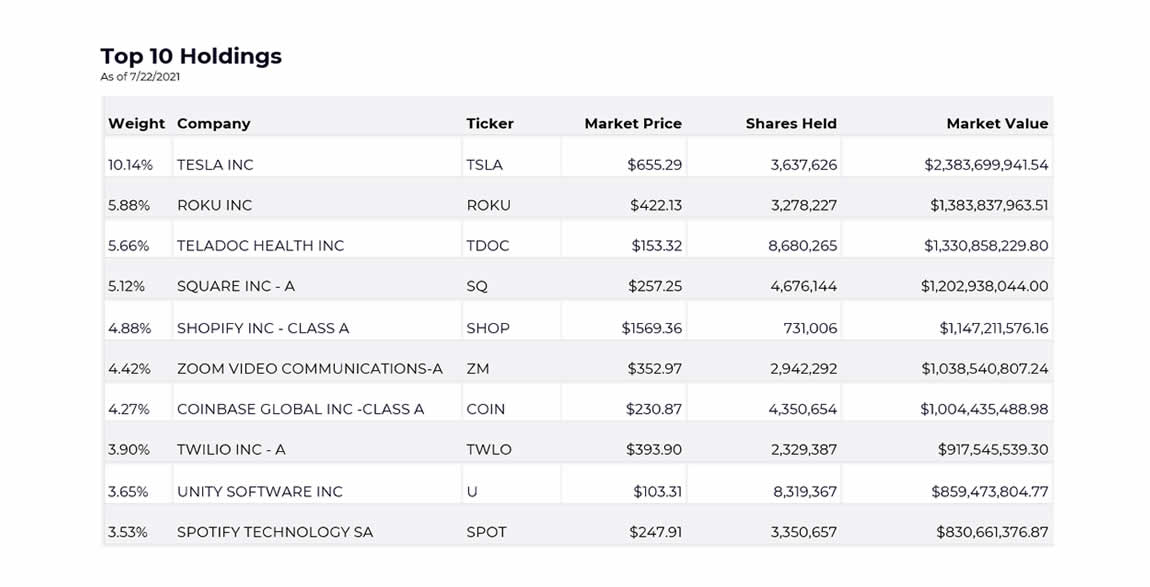 As was spoken online, during the B Word Conference yesterday with Cathie Wood, Elon Musk, and Jack Dorsey.  Square, Twitter, Tesla, SpaceEx, and Ark Invest own Bitcoin and these three individuals own it personally and in large quantities.  The future financial system is digital!  It is difficult for us to believe anything but the digital monetary system, is the future of money!  Therefore, we believe in the best store of value in the digital monetary system, where value should be stored.  That store of value is Bitcoin.  It is comparable to property in the most valuable locations in the world.  Therefore, it should be purchased, collected, perhaps borrowed against, and not sold.  That is easier to say than to do.  Neutral ATM believes in the long term narrative behind the Bitcoin ethos.  Store of value, decentralized, scarce, a cap of 21 million coins ever produced.  Mining on a proof of work system, which simultaneously uses up wasted energy.  This technology will change history!  You either believe it, or you don’t!  Neutral ATM believes that.  The USD will NOT be a global reserve currency for that many more years.  Perhaps 10 or 15 max.  CBDC (Central Bank Digital Currency) will be a central bank attempt to maintain control over currency, with a digital version of fiat.  However, strings ARE attached.  Therefore, Bitcoin is the decentralized option.  Plus Bitcoin is NOT currency.  It is actually money because it is a store of value.  It IS scarce and appreciates over time.  All we know is, own Bitcoin, and as much of it as you can afford, wait for the outcome to move to a decentralized, open ledger system.  The people’s money!  Currency and Money are two different things.  Currency is debt based, and asks you to spend more.  Money is value based, and asks you to save more.  Which is better long term?  Which will win in the end?  By the way, we have added two new stores to serve our customers, click here to view Neutral ATM locations.