How Many Countries, Institutions, & People Have to Adopt Bitcoin. Before It Becomes Unescapable!

Inflation is not transitory.  A $6trillion spending package is still being voted on and may come to pass.  The money printer is going strong and depending on this upcoming vote, Bitcoin may very well get another shot in the arm from Government stimulus going out to US citizens.  Meanwhile, as the USD loses purchasing power, and speed up that loss, if the stimulus is approved.  Multiple countries are attempting to follow El Salvador into Bitcoin voted as legal tender.  There has been some push back, yet here is Paraguary and Mexico announcements, view on twitter.

Paraguay votes on Bitcoin as legal tender in mid July.  Rumors are abound that Panama may come out with such a vote soon.

In the case of Mexico, the central bank of Mexico got in the way and shielded the inevitable vote in favor of Bitcoin as legal tender.  However, this vote is inevitable, yet, is currently delayed, view on twitter.

The media FUD, especially about China as it relates to all things Bitcoin, is similar to media FUD about the internet in 2000: 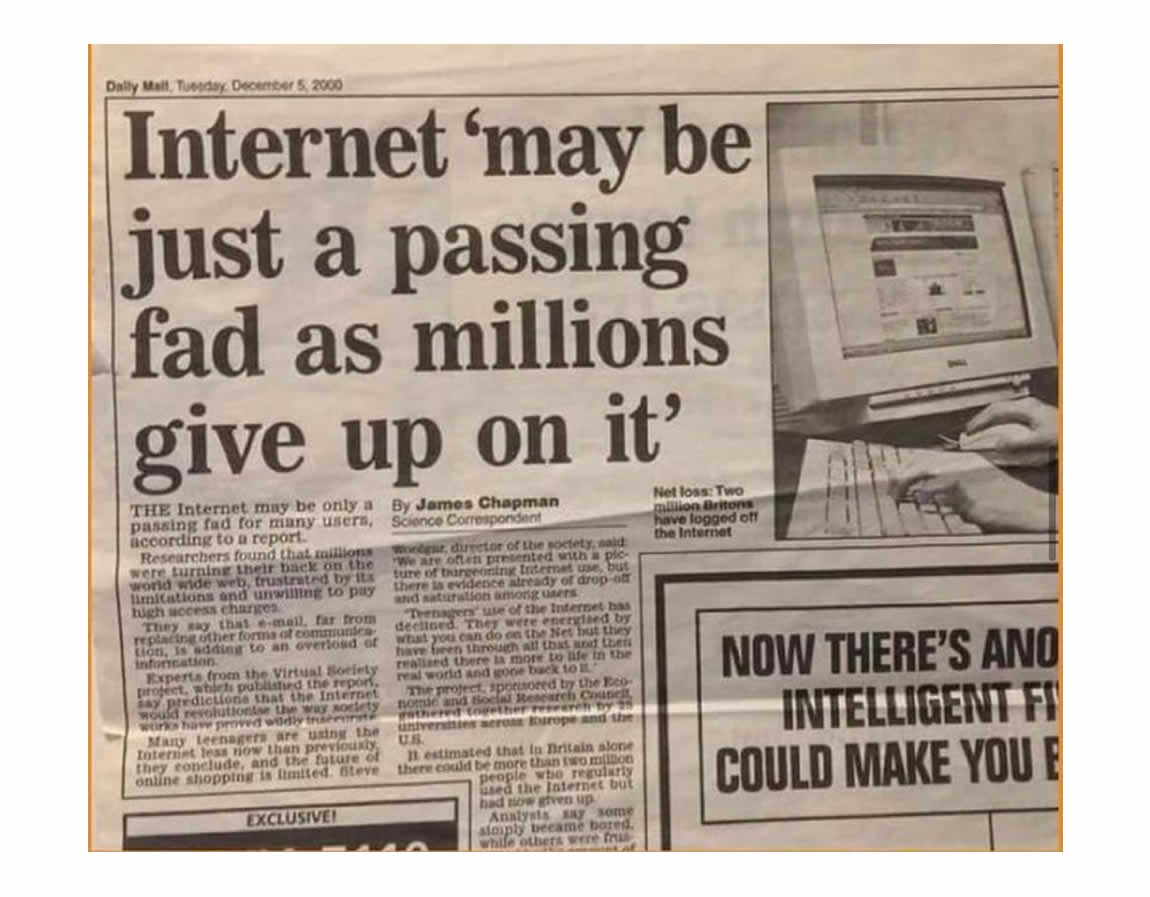 Bitcoin has consistently outperformed the internet in terms of adoption and now has more users than the internet did in 1997.  It is also gaining adoption faster than the internet did by a fairly wide margin.  This adoption from countries, institutions, and people will drive the second half of this bull run.  To see this real time look at this next chart comparing each of the four bull runs in Bitcoin (2011, 2013, 2017, 2021).  As adoption of Bitcoin becomes more and more obvious, the need for decentralization becomes more obvious, Bitcoin is the unescapable truth about money!  Bitcoin is the lifeboat.  Escape the system (inflation, censorship, corrupt monetary system).  Here is the chart comparing the 4 bull runs: 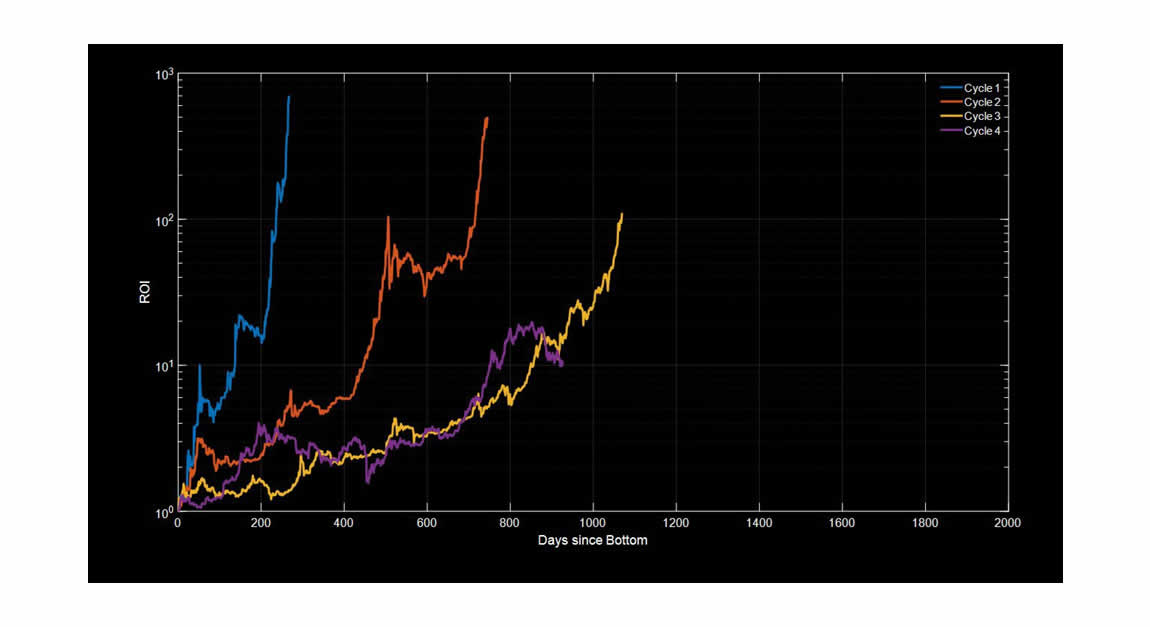 It is much more believable that this bull run in 2021 is not over. Compared to, the top was actually just $64,829, and we’re on the down side right now.  This bull run is only 950 days since the cycle bottom.  It could last another 200 days, into 2022.  Notice each cycle takes longer.  This elongated bull market cycle explains the elongated re-accumulation Bitcoin has endured, since March/ April.  We keep saying in our blogs, these bull markets really do rhyme.  No they do not repeat.  Each one takes longer, and the tops are getting lower.  Volatility is draining out of this system.  Bitcoin is becoming mainstream.  It is becoming unescapable.  Don’t fight it in favor of fiat currency, and the legacy financial system.  Doing that will get you left behind financially.  Stay ahead, buy, and hold Bitcoin!