How is Bitcoin Humanitarian?

I read millennials rant about Bitcoin being superior to Gold due to analog vs digital forms of sound money.  I do agree that Gold is analog and Bitcoin is digital.  I also read a Gen Xer rant about the DXY (USD index) won’t crash below 92 because offshore darkweb markets are holding up the DXY’s value because offshore goveonrments buy USD to hold on to wealth since their currency is worthless and a lot more dollars are printed and hoarded, never spent, overseas to keep the DXY high.  Foreign governments cannot afford for the DXY to completely crash.  This makes a lot of sense as well.  Something has to give and eventually the USD will lose its world reserve currency status.  However, that could take a long time.  Neutral ATM will continue to hold some Gold but compared to Bitcoin it is a 1:4 ratio.  Personally, I would like to increase that ratio as ultimately Bitcoin will win as the store of value.  Babyboomers will keep that from happening for a long time though.  Neutral ATM can easily see Bitcoin overtaking the market cap of Gold which is $10 Trillion by 2026.  That would be a value of $500,000 per BTC.  Bitcoin has that much upside!  The conservative approach is in the middle.  Gold will hang on another decade or three, it will stay in the portfolio but over time it gets reduced.  Here is a chart comparing Gold and Bitcoin in terms of ETF demand by Greyscale: 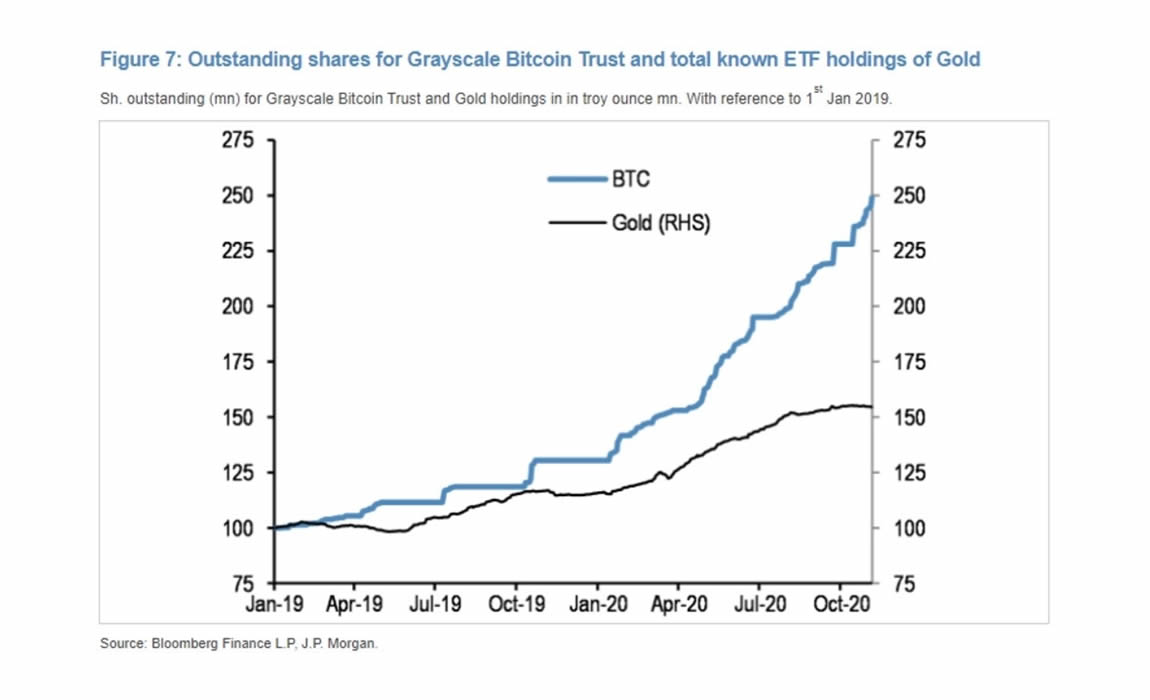 Why is Bitcoin humanitarian?  The answer is the poor have not historically been able to save or hang on to any wealth.  If more outreach is done about holding Bitcoin as a means of saving many of the poor will grow wealth.  Some may spend it as fast as they make it while others may actually keep saving Bitcoin.  Dollar cost averaging over long time periods will be a great way to teach the poor to save in Bitcoin not dollars.  Eventually the USD will lose its reserve currency status, eventually Bitcoin will destroy Gold’s value and those who store wealth in Bitcoin will not be poor any longer.  This is as true in the US as it is in San Salvador or Ethiopia.  Bitcoin has grown over 98,000% since its founding in January 2009.  Yes it is still in its S curve growth pattern like Apple in 1991.  Bitcoin is a currency with network effect like Apple and Microsoft.  The adoption curve will increase with each bull cycle.  Neutral ATM is here to get everyone off of zero Bitcoin.