Global currencies are collapsing, Not Bitcoin!

Bank of England is going back to Quantitative Easing and buying their own bonds.  This move will help continuity of government.  However, it kills the euro!  The euro will have little to no buying power in the not to distant future.  This contagion is spreading fast!  We warned you Monday.  This is not a joke!

Here is the New York Times headline from yesterday: 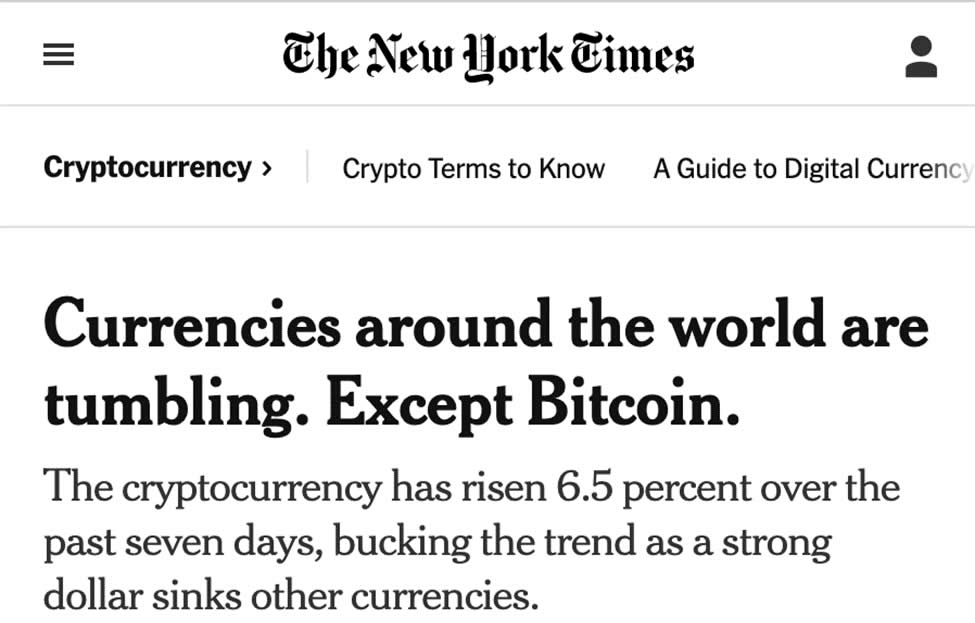 This next post shows ROI from Bitcoin since 2013.  This year has obviously been the bear market year.  But the base Bitcoin has built in 2022 between $17.5K and $20K has lasted 4 months and will likely continue closer to the end of the year.  The long term outlook for Bitcoin has never been better! Click here to view on Twitter.

Below is a tweet from Michael Saylor.  His company, Micro Strategy has doubled and tripled down on Bitcoin.  The US dollar has collaped -67% against Bitcoin and every global currency is currently in a state of utter collapse against the dollar! Click here to view on Twitter.

Stanley Drunkenmiller said that by 2027 US national debt service payments will eat up all health care spending!  That’s in under 5 years.  It gets much worse after that.  The US monetary system has one viable option to solve this problem.  PRINT MORE MONEY! Click here to view on Twitter.

This next slide shows a picture of what could likely kick off the banking sovereign debt crisis.  Consumer demand dropping off: 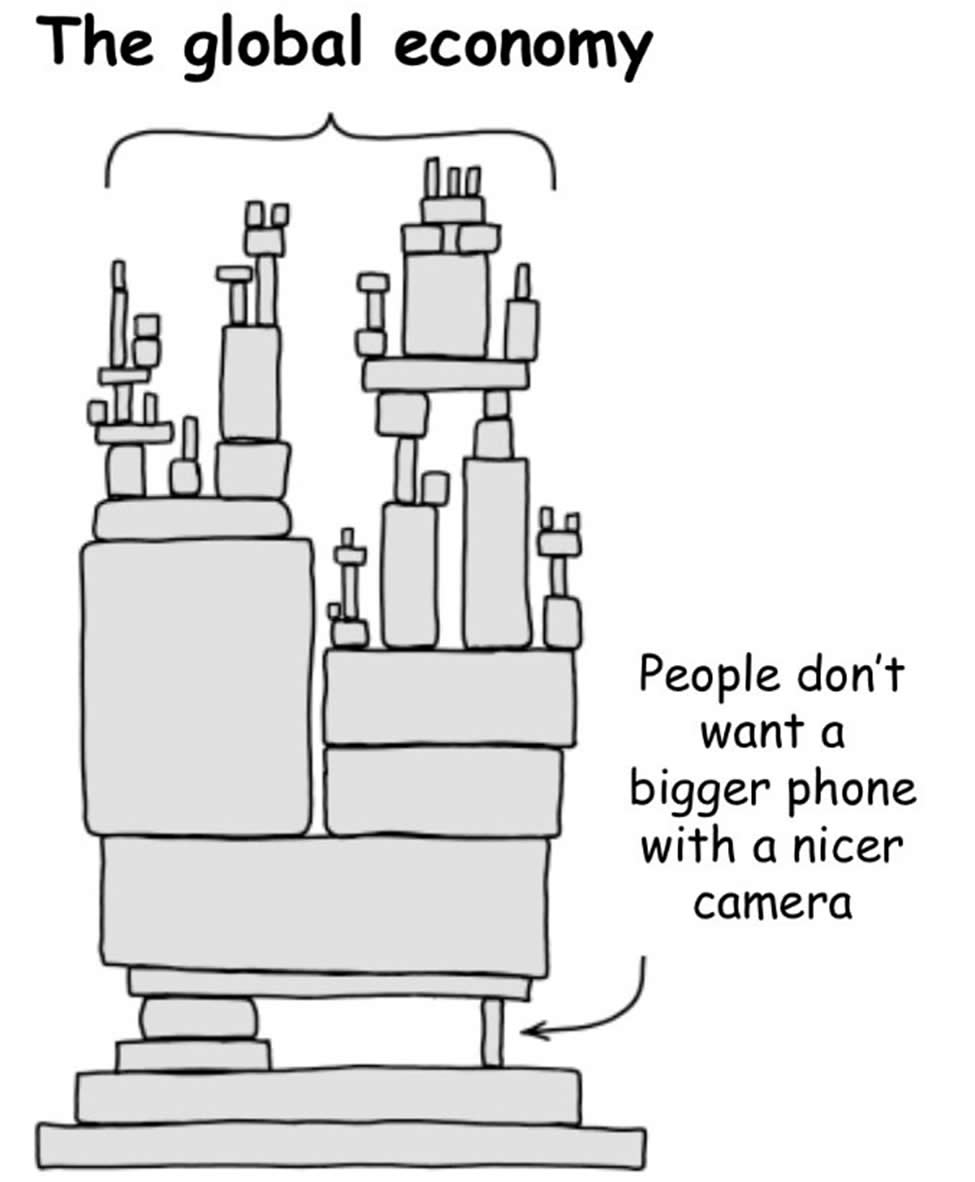 Stocks have already lost over $9 trillion in value since January and it’s only September.  $8 trillion was the total loss of the great financial crisis of 2008-2009.  This one is looking much worse!  We expect 2023 to be more of a watershed year financially than 2022 was!  The Global Macro situation is shaping up like the Dollar Milkshake Theory, described below: 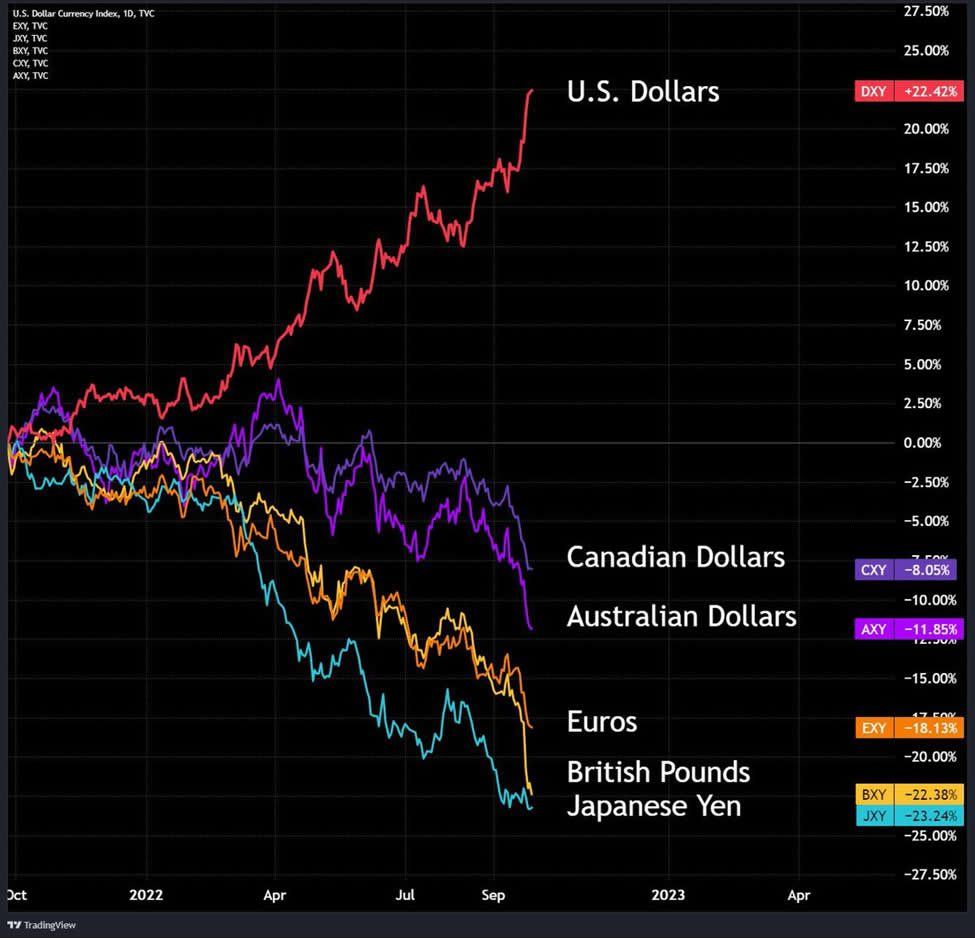 The USD gains strength as the Fed funds rate is raised monthly.  Since all of these foreign banks make settlements of debt in USD, they have to print their currency, and convert it to USD.  To pay their debts!  Thus, the US owns the straw in the dollar milkshake theory.  The foreign banks have to convert to USD, and all the Fed has to do is raise rates in a final desperate attempt to get dollars back home to keep this economy afloat!  However, as Stanley Drunkenmiller said, this cannot last that much longer.  Soon, even the US will have to start printing, and buying back their own bonds.  When that starts, in earnest, likely next year.  It will open the floodgates of inflation globally!  However, as we keep bringing up, a sovereign debt crisis or banking crisis, is more likely where this is heading THIS year:

If a banking system is sound and robust, it can usually withstand financial and economic shocks.

But a banking system may be fragile. Usually this is due to high leverage levels, where banks have either lent aggressively or carry risky financial investments on their balance sheets—usually both. Banks can also have a weak financial position, with chronically low profitability and insufficient reserves. As we have explained earlier, this is exactly the state the European banking sector finds itself in.

The onset of a financial crisis requires a trigger. The most common is a recession or the expectation of recession among consumers and investors.

Recession leads to diminished income and defaults by both corporations and households. This increases the share of non-performing loans in bank loan portfolios, reducing the value of loan collateral and increasing bank risks and capital needs. As write-downs and losses increase, mistrust among other banks and depositors and investors does as well. The bank’s share price will usually start to reflect this.

The trigger mentioned above may very well be the Bank of England!  They are already beginning QE, buying back their own bonds.  Trying to get liquidity to stabilize their ailing banks!  However, the US is doing the same thing but in the opposite direction.  The Fed is raising rates and tightening, which forces foreign banks to convert to USD and provide the liquidity for the US banks!  Dollar milkshake theory!  This really is the end game!  Don’t believe us, here is Tom Luongo, click here to view on Twitter.

Like we said on Monday, we will keep saying it.  Keep cash on hand, and keep your bank accounts low!  Eventually, this mess will hit the US banking system!  Tom Luongo, Stanley Drunkenmiller, Santiago Capital Fund, Bridgewater Capital, Carl Icahn, they are all saying it.  The global currencies are all in trouble, and that is your trigger for a sovereign debt crisis!

Ray Dalio called out the UK for their latest move:

Meanwhile Bitcoin is still just forming it’s bottom and not crashing anymore!  Remember the winter gas crisis we foretold due to Germany closing down it’s nuclear power plants?  Now the globablists have blown up the Nordstream 1 and 2 pipelines in the Baltic Sea.  Meanwhile Russia, who the media wants to blame for this.  Is instead working with Turkey to send grain to poor nations from Ukraine, click here to read more.

The globalists are losing!  All foreign currencies are losing!  Bonds, Equities, even Gold is down.  Yet Bitcoin is holding on.  That BRICS currency we mentioned the other day, it’s going to start looking better and better.  Precious metals backing the currency, with Bitcoin for international settlements.  Let’s see how all of this plays out.  If hyperinflation is where this ends up going, it will be tragic, but good for Bitcoin.  The bottom line is, currencies are on fire Globally, Bitcoin is suppressed right now.  Yet, longterm, it will be priced more accurately like Gold and Silver will.  When that does happen (2024-2030), Bitcoin will be worth orders of magnitude more than it is right now.  We cannot predict the timing of all this.  We are not financial advisors and this is not financial advise.  We know Bitcoin will reign supreme at some point as this all shakes out.  Gold, Silver, Art are all going to get good returns in this environment as well.  Bitcoin though, is the only asset that can directly compete with the US dollar as a currency.  We see it best fitting in for international settlements, but we have to remain open to other possibilities.  One thing is for sure, Bitcoin will be around for a long time.  It will help all of us survive this collapse: 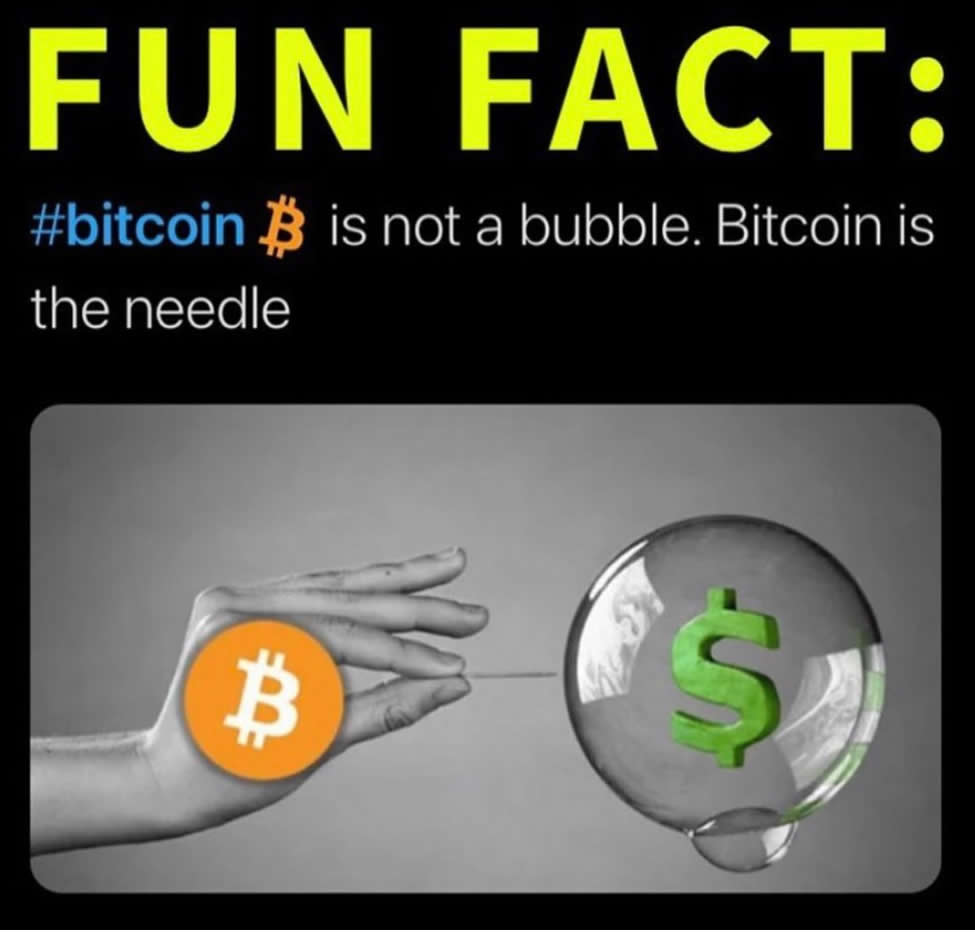