The government can keep track of every $600 transaction the average person makes, but couldn’t keep track of billiions FTX stole! Meanwhile, Maxine Waters will head up the congressional hearing of FTX.  She accepted huge donations from Sam Bankman Fried: 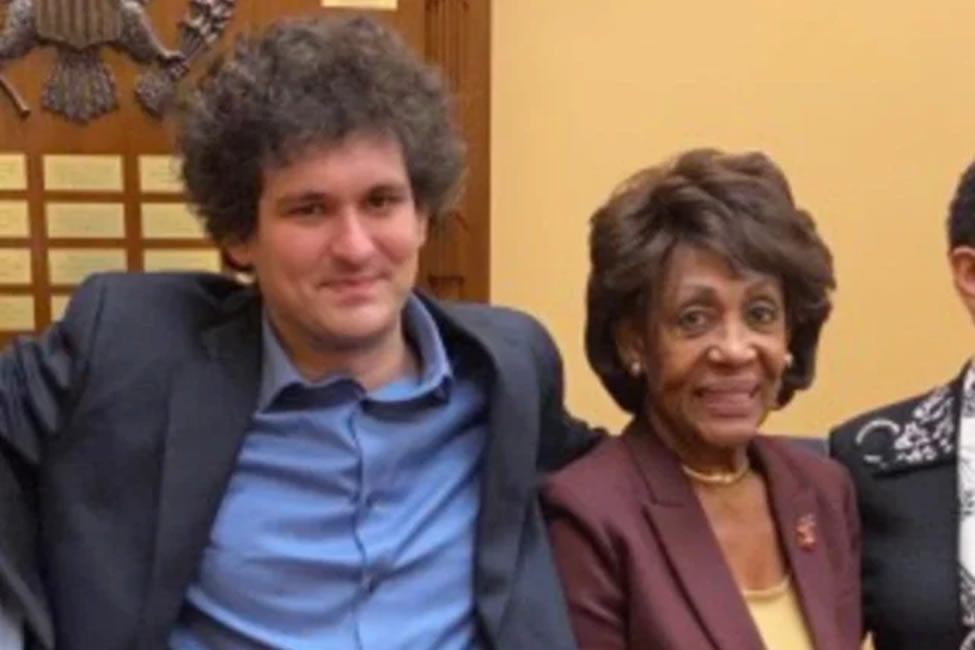 Yet, even after this obvious government fraud, tied to Ukraine, the Fed and the Treasury are looking into CBDC, while the December rate hikes are in question. Jerome Powell had this to say at the November FOMC meeting.  Hinting that rate hikes may start dropping below 75 basis points in December:

However, Kristalina Georgieva the head of the IMF has asked the Fed to keep up with the rate hikes as is.  She is correct, in that inflation has NOT been tamed.  Also, there is plenty of evidence that reducing rates now, would only start a global recession sooner.  This is exactly what kicked off the 2008, and the 2000 recessions.  Whether the Fed raises rates 75 bps or 50 bps, it is obvious we are headed into a global recession regardless.  This is unstoppable, it HAS to happen at this point.  The real question is, what monetary and fiscal policies will be enacted in the near future?

Mastercard, Wells Fargo, Citigroup, and others, launch a 12-week experimental digital dollar pilot with the New York Fed.  India has now rolled out a digital rupee.  It is evident, that the next move from the central bankers, is a CBDC roll out in 2023!

“A key difference with CBDC is that the central bank will have absolute control….”  Augustin Carstens of BIS, bank of international settlements.

CBDC will strip away all liberties, and give over control of daily living standards, to central banks directly.  They will no longer need commercial banks, and will be able to control behavior directly, with central bank digital currency.

Here is Katherine Austin Fitts on the video below with an honest explanation of what CBDC would do to the public’s quality of life.  She ties in vaccine passports as well, since that would be tied to CBDC.  If CBDC is allowed to move forward.  Citizens will have no rights.  We will become slaves to the central banks.  Here is Katherine with yet another warning, we should all hear:

Below is a slide showing how central banks will have direct control, and access to your bank account, if we allow CBDC, central bank digital currency, to come out: 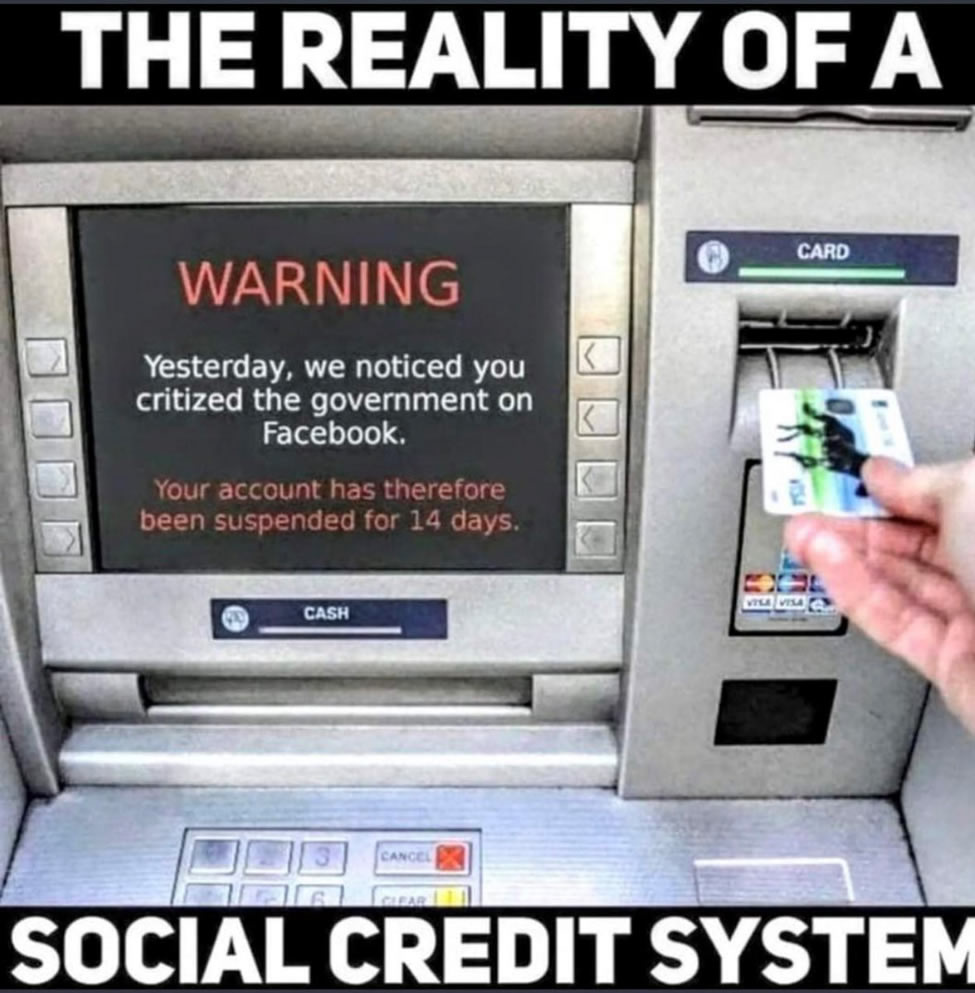 The strong warning is, CBDC, is an outright debasement of human rights.  We will own nothing, central banks will control our assets and all of our money.  They will then be able to dictate; what we do, and where we go, and when we go there.  If we disobey we lose access to our money.  That simple.

With that in mind, the reason for Bitcoin is that it is a public ledger.  The public knows from the blockchain (ledger) how much Bitcoin was spent, and what wallet it went to.  Transparent, permissionless, decentralized from all governments and central banks!  Laws have no bearing on Joe buying something from Fred, and paying in Bitcoin.  Bitcoin is just a ledger for the transaction.  Bitcoin is never dispensed by a person or central authority.  Hence, decentralized.  Bitcoin gets created by the miner reward.  Right now 6.25 Bitcoin for every block rewarded.  10 minutes per block, on the blockchain.  If the algorithym needs to get harder to keep blocks flowing every 10 minutes.  The difficulty adjustment kicks in, and the algorithym makes the equation harder, and it can go both ways.  This is why Bitcoin is so rhythmic.  Bear market every four years (2014, 2018, 2022). Bull market every four years (2013, 2017, 2021).  Even the years after the bear market year are much better returns than all other assets.  All this year since June has been the best time to buy Bitcoin.  It will not be this cheap (in general terms) again.  There may be a short wick down at some point soon, but not for long at all.  This final slide is what we experience with our Bitcoin ATM machines.  Excitement when Bitcoin is really expensive, and not as much, when it is cheap, and ready to explode up, and render fantastic returns: 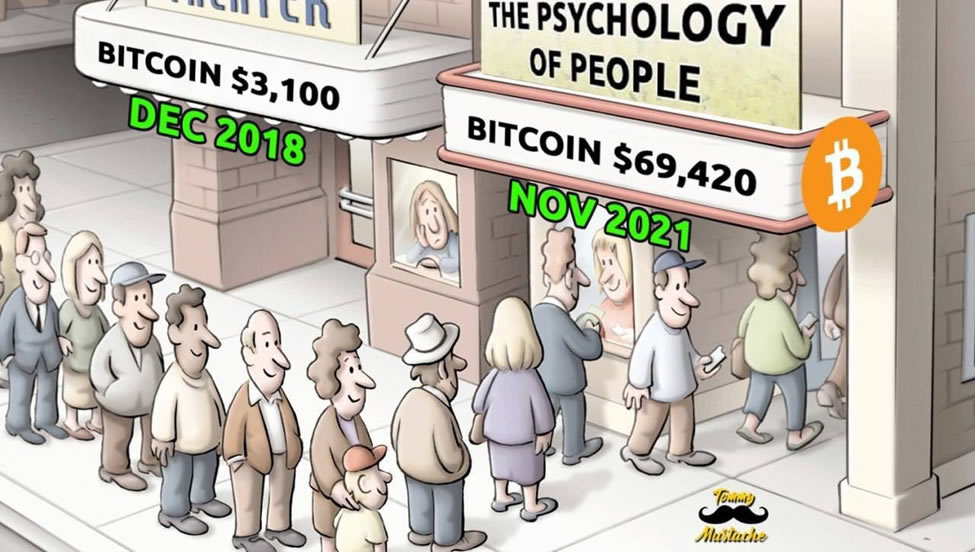 So keep stacking satoshis, a 100 millionth of one Bitcoin.  Someday a Satoshi will have parody with 1 US dollar!  Now is the time to buy Bitcoin and has been for 6 months.  Mark my words, it will begin to take off in 2023.  2024 and into early 2025 will be the best of the bull market.  That’s not when you want to buy in to Bitcoin!  You buy low and sell high.  Obvious, but so few actually do it!  Humanity will look back on this period since 2020, and laugh someday about the choices we are facing right now.  Bitcoin or CBDC?  We are not financial advisors, and this is not financial advise.  If you don’t believe us follow Brazil.  They just announced payment systems in Bitcoin in that country, and their banks will be offering services in Bitcoin.  It is not legal tender in Brazil yet, but that will be a next step.  Mexico, and many other Central and South American countries will be following suite.  CBDC will be exposed for what it really is.  The awakening is coming!