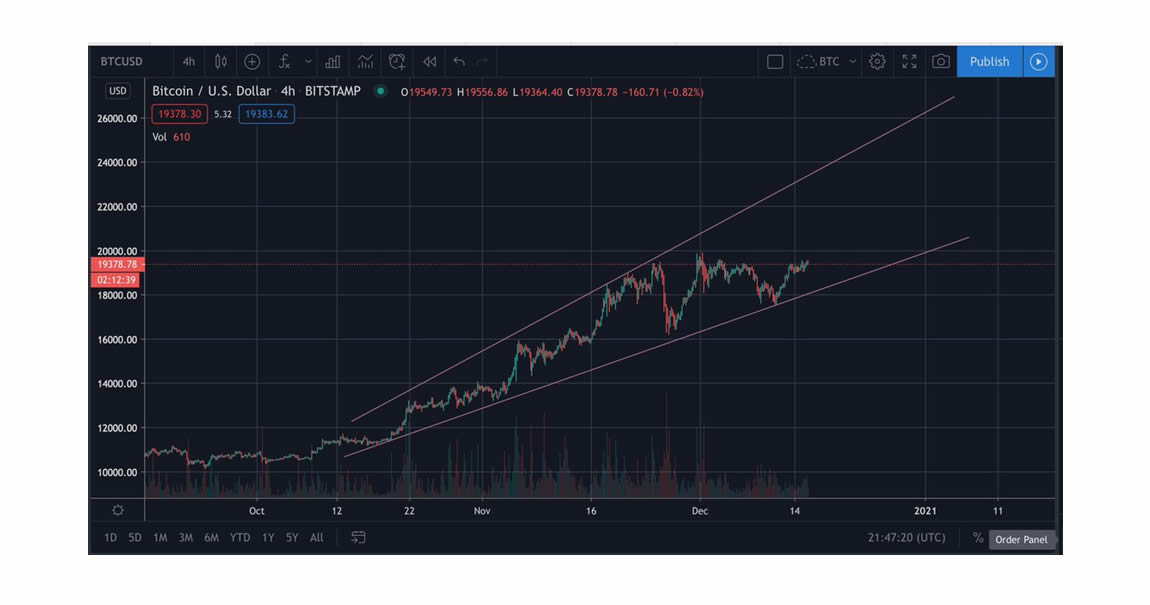 This next chart gives a close up view of today’s breakout.  It is incredible, but predictable.  Bitcoin was either going to break up or down, right below $20K.  It happened to break up.  Either way, Neutral ATM was buying dips and investing, regardless.  We know where this is going: 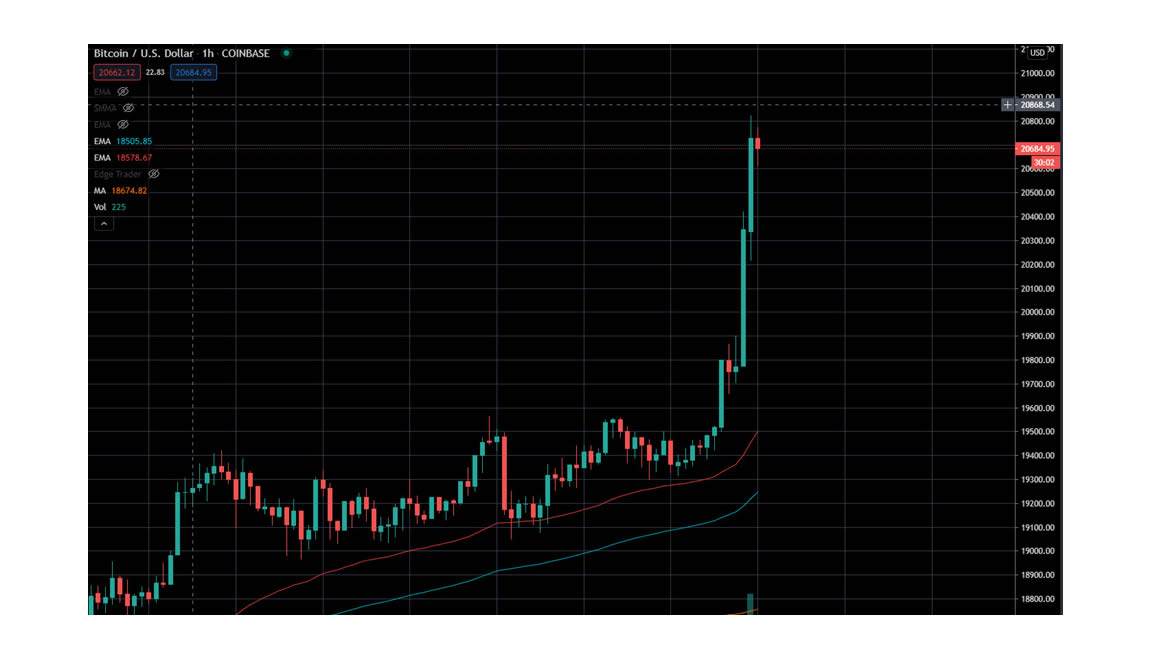 Why are we so confident?  The US Dollar has lost 96% of its purchasing power since the US Fed was established in 1913 in Jeckyl Island, GA.  The Fed has been largely responsible for printing too much currency all time, but since 2008, it has gotten much worse.  Thus, a dollar in 1913 would buy what $0.04 would buy today.  Can the US Dollar survive until 2013, 100 years later?  Obviously yes, but knowing the statistic above it is surprising.  Previous global reserve currencies (or their equivelant, economic super power) like Great Brittain, France, Spain, and Portugal all crashed in 94 years on average.  The Dollar is over 100.  This gives Bitcoin most of its value.  It is a hedge: 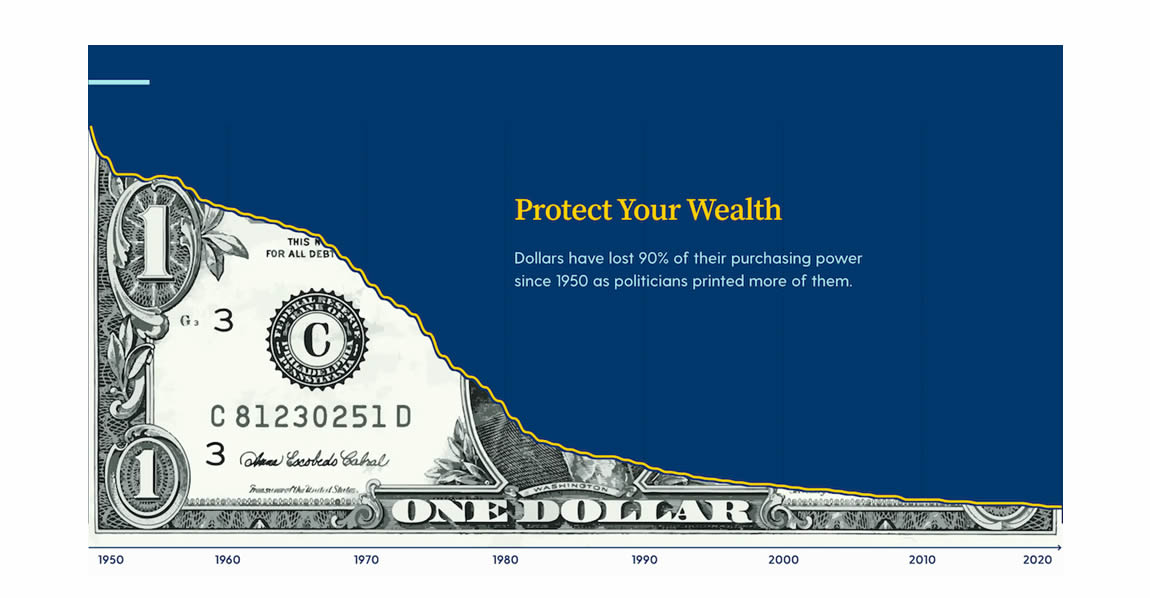 As this chart shows.  Most of the dollars debasement has occurred since 1950, and especially after 1971, when President Nixon took the US off of the gold standard.

Bitcoin also has a division called a satoshi.  One Bitcoin is 100 Million satoshi’s.  Neutral ATM knows going from nowhere to global reserve currency takes a long time.  There are now 4,827 satoshi’s per US Dollar.  Here is the chart tracking that: 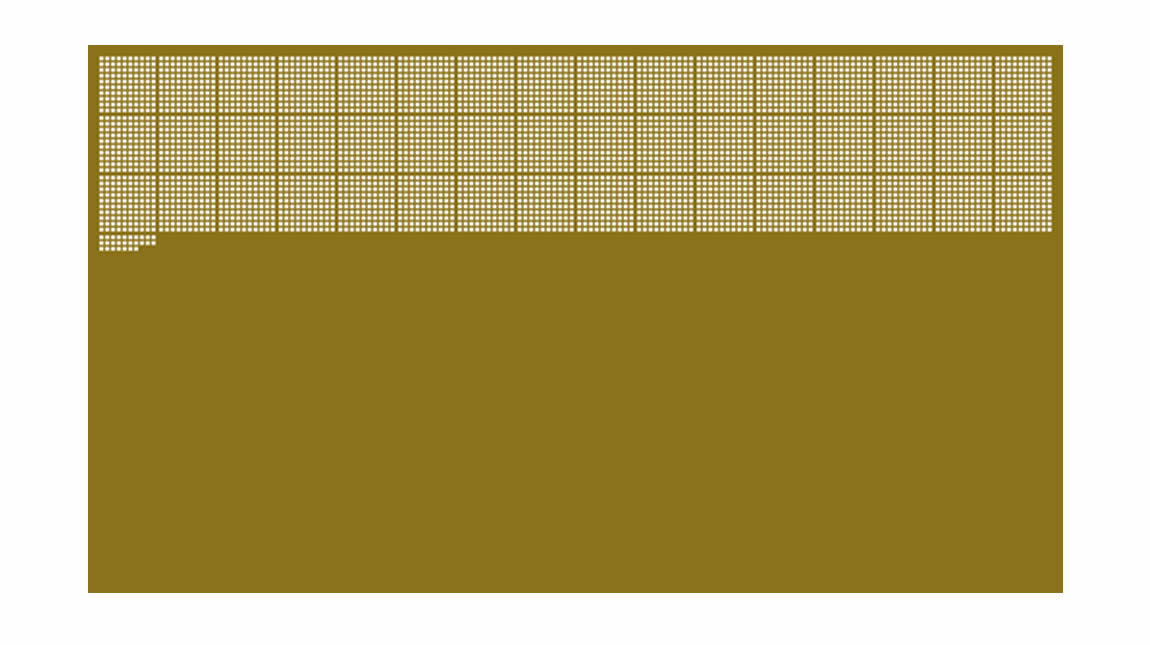 If and when this reaches 1 satoshi for one dollar, near that time, Bitcoin should have reached global reserve currency.  That is simple logic.  It may happen sooner.  Purchasing power of any currency is vital for the economy to survive.  When elites can control a currency, they make more of it for themselves, and the rest of the economy gets poor.  That is now the US Economy.  It happened to Great Brittain, France, Spain and Portugal.  Remember, Christopher Columbus sailed on a Spanish armada to what would later become the US in 1492!  They were the world super power at that time.  Plus, Bitcoin is digital.  It is borderless.  It has no affiliation with any country, or any central bank.  That is why we say Bitcoin is humanitarian!  It lifts up everyone, not just elites.  If 1 Bitcoin = 1 Bitcoin worldwide and 1 satoshi = 1 US dollar worldwide, Bitcoin would have matured enough to become a global reserve currency.  If hyperinflation were to set in, which we absolutely do not wish for, that would happen much faster than expected.

Neutral ATM attempts to be realistic, it could take over 20 years for all of this to happen, even 30 or 40 years.  Most likely, it will happen in closer to 20 years because the rate of currency debasement in the US, Europe, Australia, Canada, Russia, Japan, China, and the contenents of Africa and South America, much less Central America, are all debasing currency at alarming rates.

George Gammon’s podcast recently raised the argument that Bitcoin is too scarce to be a global reserve currency.  If a Bitcoin is 100 million satoshi, then Bitcoin is infinently divisable.  There could be other divisions that are 10 Billion times divisable into 1 Bitcoin.  Alternatively, a  central bank digital currency could be backed by Bitcoin, as the dollar was once backed by Gold.  Any number of options exist to solve the irreconcilable issues that global monetary systems all over the world face.  One major issue we have not covered is that when the Fed prints money, many countries simply hoard it since their currency is pegged to the dollar.  So money supply is exponentially greater than velocity of money.  In 2020, velocity of money has shrunk while money supply has increased.  This is greatly creating wealth disparity.  Bitcoin involvement in the global monetary system would instantely help solve wealth disparity or inequality.

Ruffer Investment company just exchanged $600Million USD for Bitcoin for the reasons stated above.  Ruffer is an institutional invester in the UK.  They mentioned in their statement that they exchanged Gold for Bitcoin because it is a safer more defensive investment.  This tells you Bitcoin is here to stay, it is not going anywhere, you really should be investing in it.  Here is their statement: 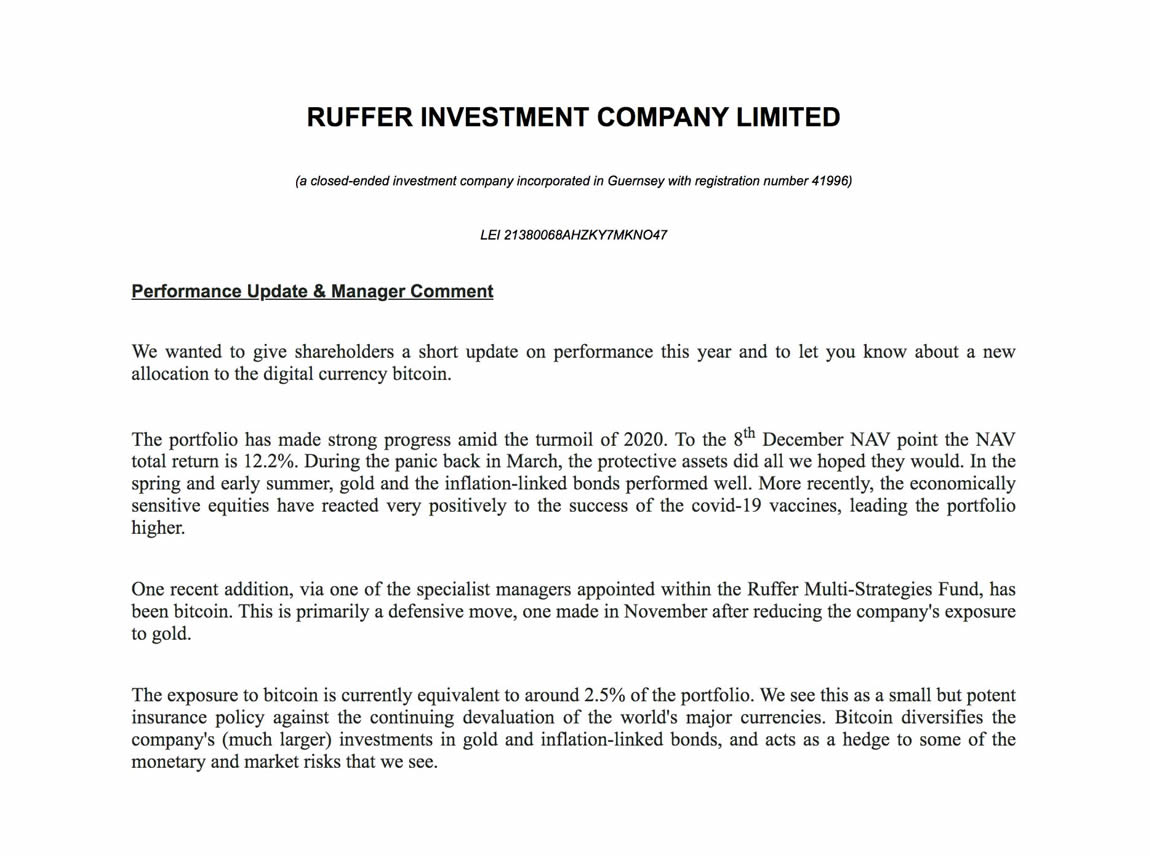