Due to continual money printing in many countries central banks, food inflation has surged out of control.  This inflation hits the poor and impoverished in third world countries the most.  See this chart below on an index of world food costs: 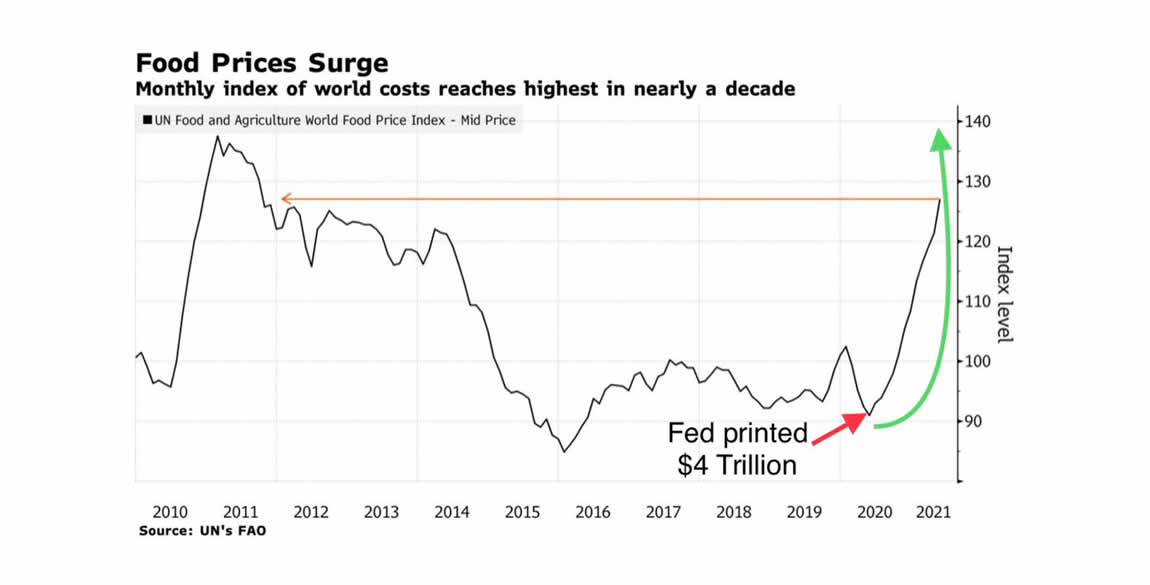 Lumber, gasoline, diesel, metals, fiberglass, resins, building materials, have all gone up in some cases 5X since January 2021.  CPI may show 4% inflation, but that index does not look at staples required to live.  Educational costs are up 9% per year in the US.  College education is becoming less affordable for future generations.  This kind of inflation hits the poor first.  Thus, Bitcoin is humanitarian because it counteracts all inflation.  It can be held by anyone, anywhere, and is always decentralized no matter where you are.  El Salvador Banks are charging citizens who work and live in the US, 20% to 50% to send money home to El Salvador.  The president of El Salvador just announced making Bitcoin a legal tender in that country.  Now El Salvadoreans in the US can send Bitcoin for a fraction of that cost, 10 times faster on the blockchain.  It is expected that in 2021, Panama, Brazil, Argentina, Nicaragua, and Paraguay may follow El Salvador!  Bitcoin is humanitarian!  It is spreading in Latin America as a legal tender!  Click hee to see this article.

Here are some comments from other countries (Norway and Iran) about Bitcoin today: 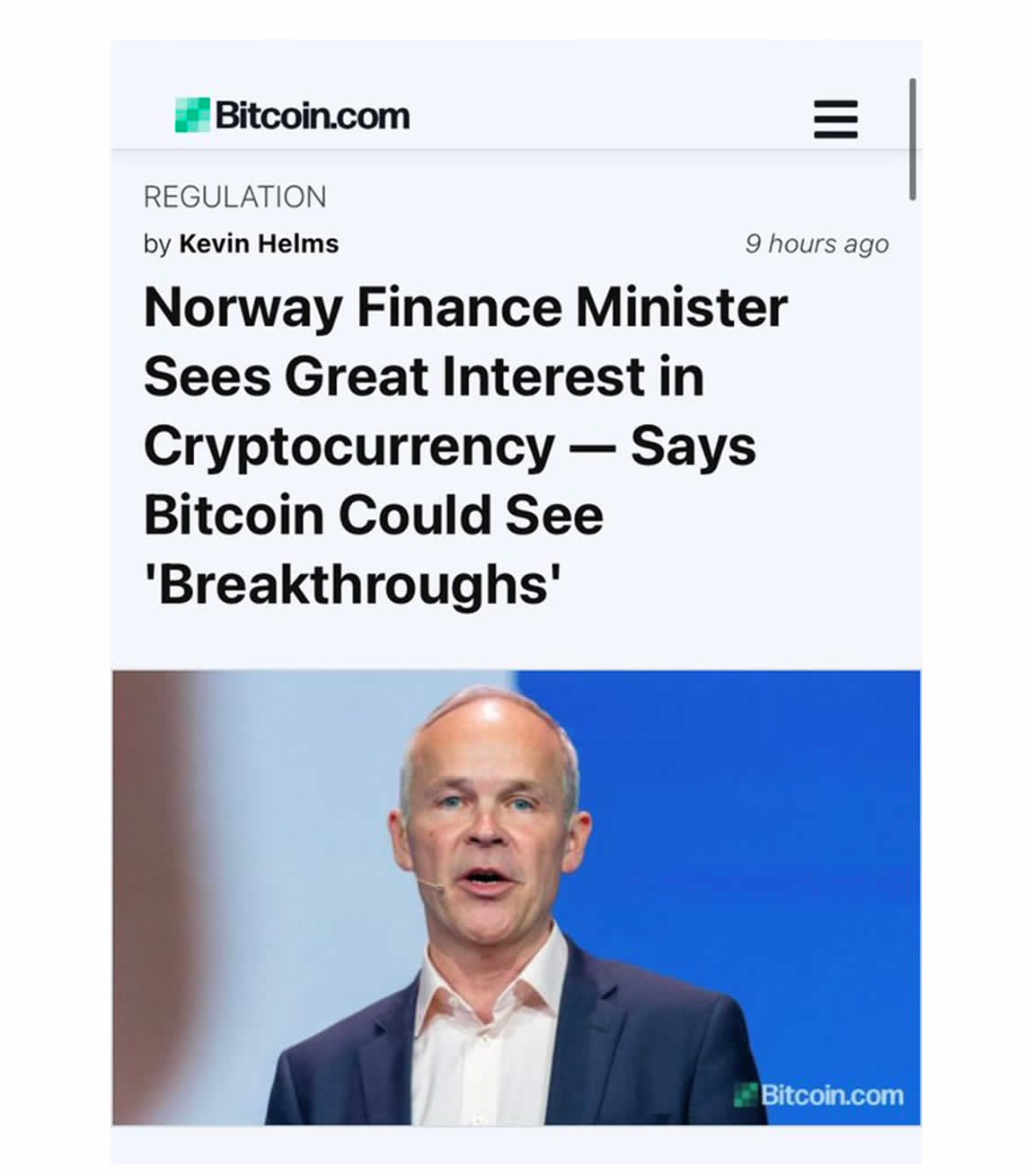 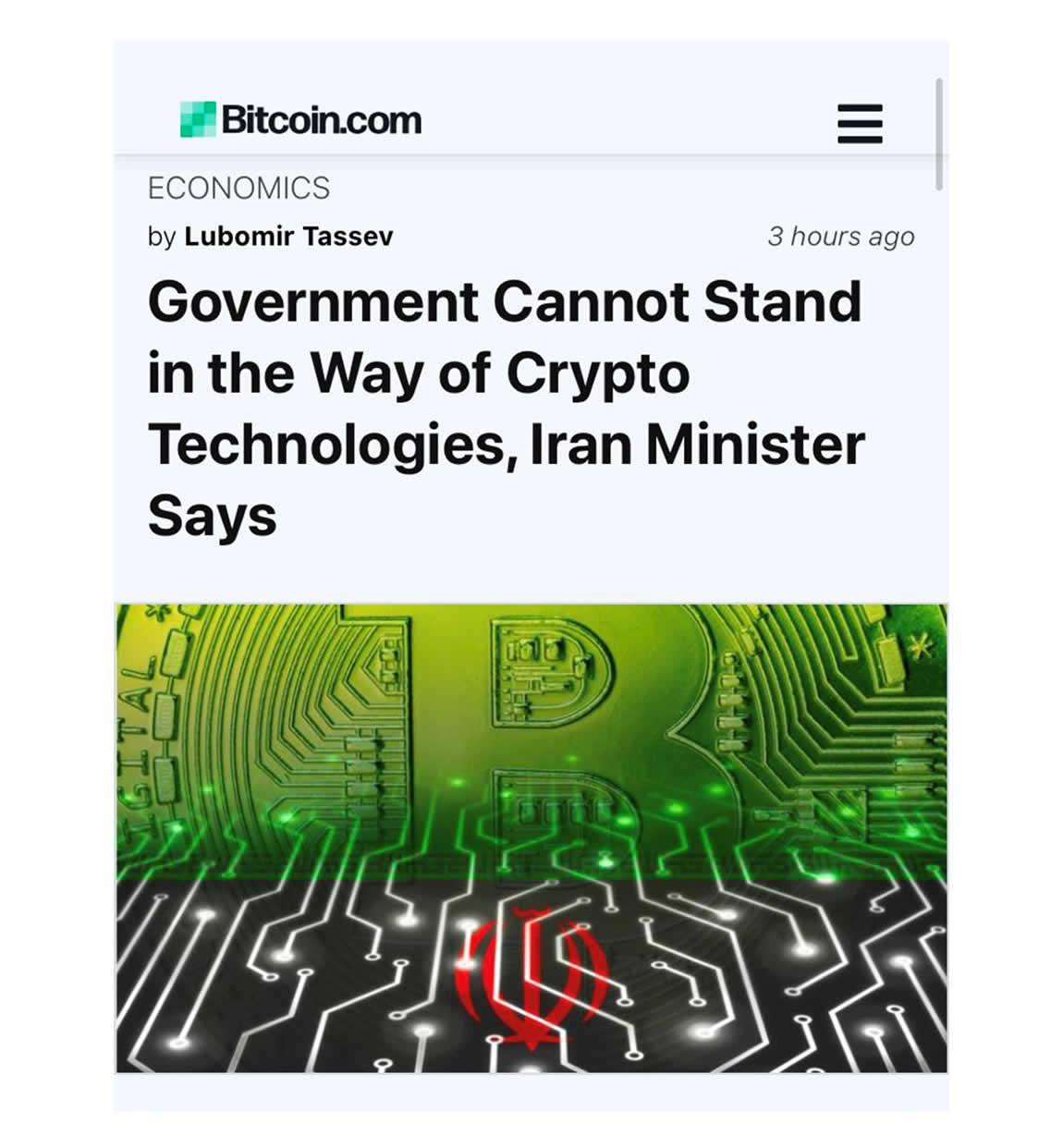 Even though Donald Trump commented on Bitcoin to the press today, stating “Bitcoin is a threat to the central bank”.  Since it is truly decentralized, unlike all other crypto currencies.  Bitcoin is peer to peer.  Millions of nodes control Bitcoin’s hash rate and they are run globally.  No individual or country can stop, or have control over Bitcoin.  Sure a tweet or public comment (Elon Musk, Donald Trump) may sway the price for a day, but Trumps assertion of Bitcoin being a legitimate threat to central banks is a net positive.  Bitcoin is down today as a result, and according to this chart, is as oversold as it has been since the corona virus dump on March 12-13, 2020, view on twitter.

On this linked map, it is lite up, where countries have made Bitcoin legal tender, or are considering it.  El Salvador is the first, many Central and South American countries appear to be following them.  We shall see where this leads.  If you combine this development, with the fact that criminal activity in Bitcoin is often times caught because the coins can be tracked so easily.  See the Colonial Pipeline hackers story.  The FBI got all the Bitcoin back by tracking the coins.  When they went on an exchanged, the FBI got them back quite easily.  The exchange had to provide the private keys to the FBI.  KYC laws (know your customer) force ransom paid in Bitcoin to be returned, as long as the exchange is following KYC laws.  Accountability in this area has increased in recent years, and will keep improving.

Neutral ATM has been buying and not selling our Bitcoin.  Every $ of our profit goes to Bitcoin!  We believe what we preach.  Hard money, with a 21 million hard cap on supply, which will be reached around the year 2140.  After that date, no more Bitcoin will be produced.  That is hard money, deflationary money, made to be exchanged by anyone, anytime.  The people’s money!  It’s deflationary nature will keep demand coming in to Bitcoin.  The network effect or number go up technology of a deflationary asset, cannot be ignored.  It may be a threat to central bank fiat currency backed by nothing, but something has to give.  Inflation is a huge problem globally, and will only get worse in the next few years.  Start stacking Bitcoin today!  Hedge inflation.  Bitcoin is humanitarian.  Neutral ATM is here to make it easy for you!