For the first time in history US 20 year treasuries are droping off faster than the S&P 500.  Inspite of what Cramer says about the economy on CNBC.  The US economy will be in dire straights next year!  Never, have treasuries dropped off faster than stocks in a recession: 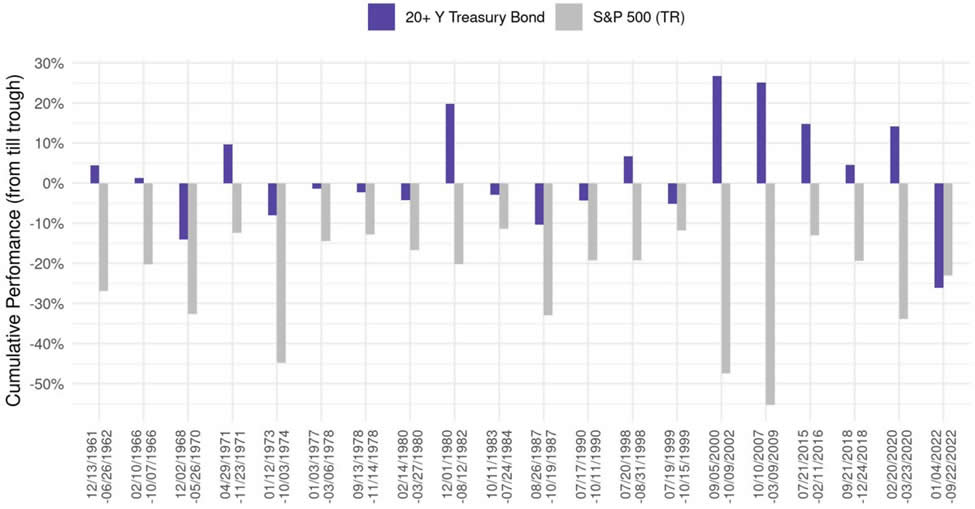 The purple column on the above chart is the 20 year treasuries.  This next graphic speaks to what we are warning about!:

$31 trillion in national debt will cost an estimated $1 trillion to $1.5 trillion to service by 2031.  That is more than tax payment receipts.  There is not much time left before the Fed will have no choice but to reverse course and cut rates in order to get debt service payments down.  We think it starts next year, but this course for monetary policy is unsustainable.  Sadly, when the Fed is forced to cut rates and print.  It could lead to hyperinflation.  Bitcoin along with Gold, and Silver are the only hedges that will help those who have money saved up.  Below is the DXY chart which we have been tracking closely.  It’s up to 112.  Highest we have seen the DXY since 1986!  If, and we know that is a big if, but if the DXY clears 120 resistance, the next resistance is the all time high at 150!: 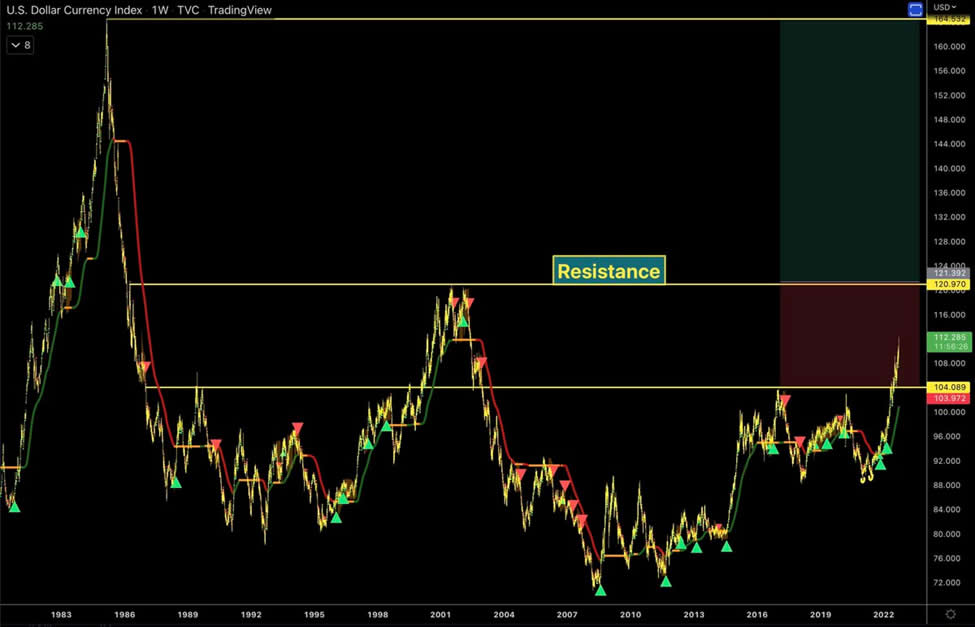 The DXY going parabolic is bad for Bitcoin, Gold and Silver.  However, this scenario we are in now.  It will unfortunately lead to Bitcoin, Gold, and Silver being the only options in 2023-2025!

This next chart takes the inverted DXY (left axis) compared to WTI Crude (right axis).  Once the SPR (strategic petroleum reserve) is filled back up with $80+ Oil, sending oil prices higher.  Then, we could expect the DXY to shoot up with it.  This is terrible for stocks, treasuries, etc.  Something is going to break in the system!  The only question is when: 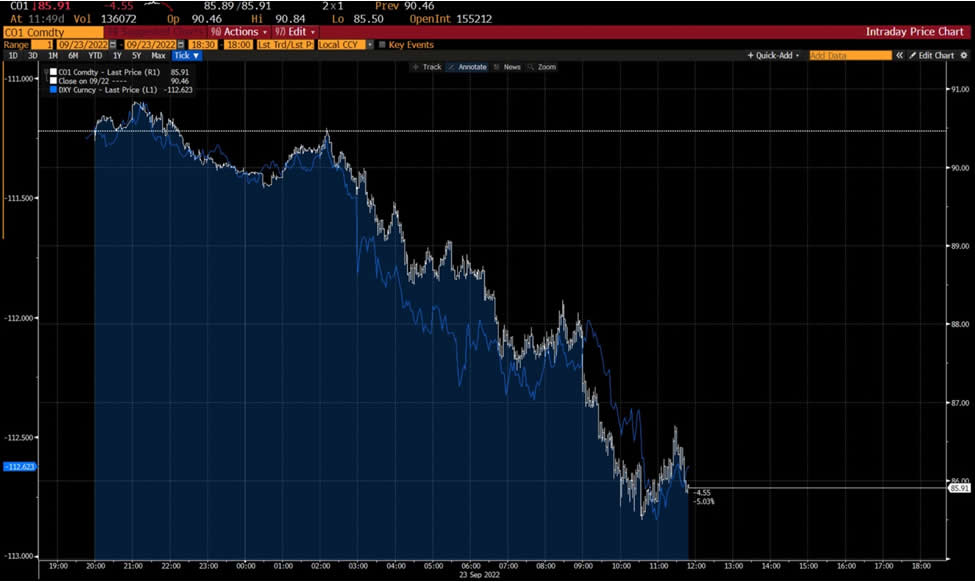 Notice how closely the inverted DXY, and WTI crude are tracking together!  The US dollar wrecking ball is swinging, and if we see crude prices start rising later this fall, look out.

Stagflation like this means investors must buy scarcity.  That is the only hedge that will help.  To demonstrate true scarcity.  Look at how little Bitcoin will be produced in future years!  By 2035, 99% of the Bitcoin circulating supply will have already been produced.  That means it will be the only decentralized digital currency, and only 1% of it is available to buy, with that percentage dropping every year.  We could see breathtaking spikes in Bitcoin price between 2022 and 2035.  Why?  Mainly scarcity, combined with out of control inflation: 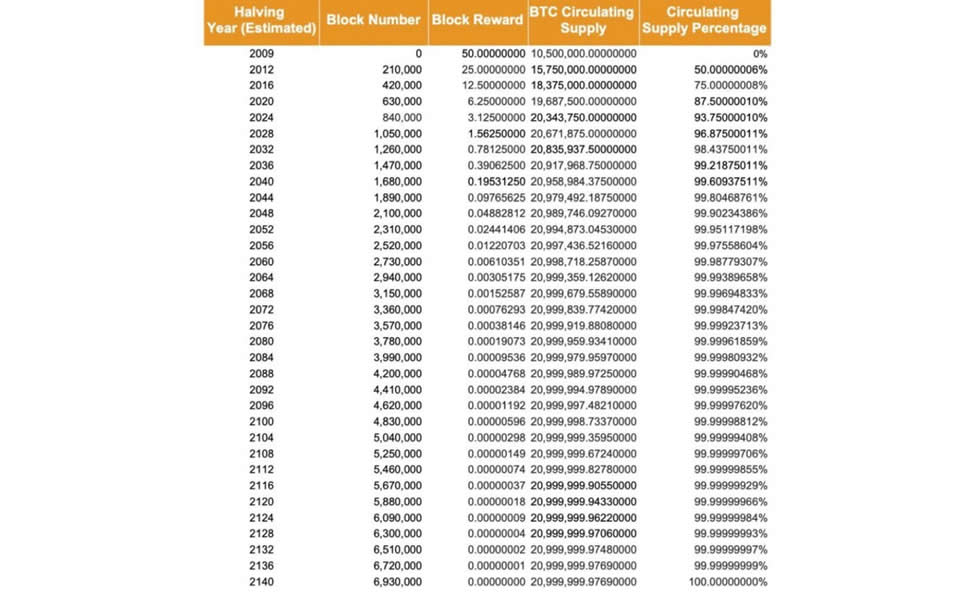 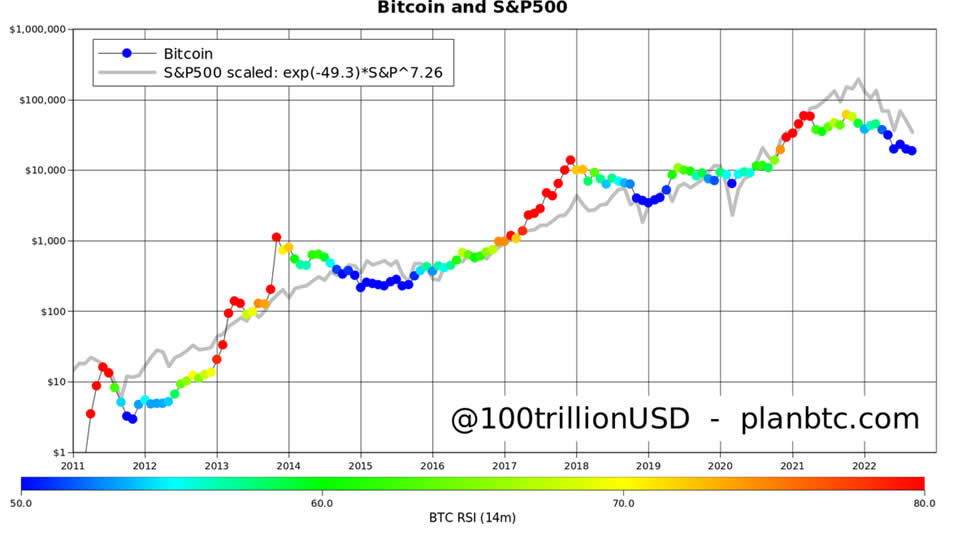