“Don’t worry about a thing, every little thing is gonna be allright”. Bob Marley

We’ve listened to more Bob Marley lately.  It’s calming when things are uncertain in the world.  Bitcoin jumped to the new ATH, $61,700 on Saturday!  However, it was a weekend and markets were closed.  Now it’s Monday.  So the institutional investors are manipulating and dumping some Bitcoin on the market to drop the price and load up cheaper!  Don’t be fooled, this dump will be very short lived.  Buying Bitcoin in the $56K range is smart.  It could easily 3X or 4X from here in 2021.  It appears quite likely.  Many will look at Bitcoin and move on. See this quote from twitter, by Michael Saylor.

Below is an interesting graph about the early days of Bitcoin: 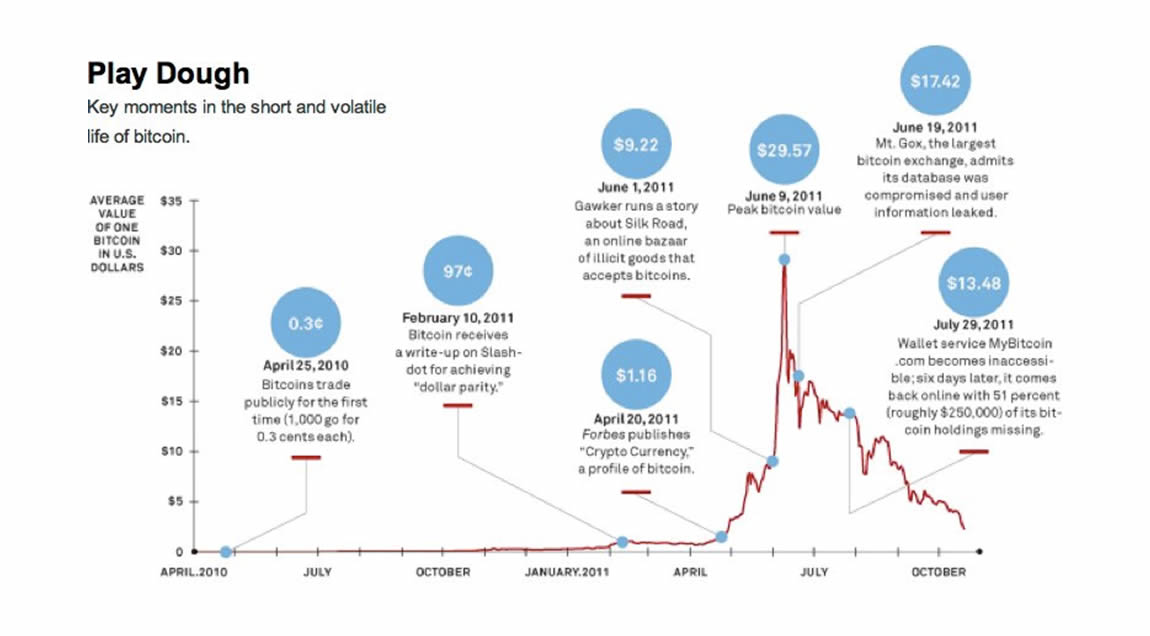 Volatility has decreased exponentially since those days.  Neutral ATM would have loved to have bought Bitcoin back then.  It was’nt to be.  Since 2010, we have learned a lot about the monetary system and banking system in the US.  It is not designed to help small businesses or individual families, despite what the advertisements may say.  Banks help bankers and corporate board members and executives.  The club is exclusive, and very small.  Few enter!  Very few!  Bitcoin allows middle class or even poverty striken citizens in third world countries to get ahead, even if their currency has been hyperinflated. (ie. Zimbabwa, Lebanon, Argentina, Venezuela).

The next chart shows Bitcoin leaving exchanges as price action trends up:

Institutional investors are now buying up 9,000 BTC per day, while production of BTC is only 900 per day.  Production was cut in half on May 11, 2020.  The miner block reward was dropped from 12.5 BTC to 6.25 BTC that day.  This phenomenon was created by the halving, which was programmed into the Bitcoin protocol in 2008.  Yet it impacts the price, and will continue to do so until miners have to capitulate, and start selling a lot of Bitcoin (we predict this in the 4th Qtr 2021).  It is helpful, we have found, to ignore Bitcoin prices.  If you have to look, focus on the annual low price.  Here is a tweet from Dan Held, who has HODLed Bitcoin since 2011.  He knows a thing or two, click here to view tweet.

And finally, here is an article about Fairfax County, Virginia investing $21 million into Bitcoin for their pension fund.  Both the employee and police officer funds made investments.  It was only a 0.3% and 0.8% investment respectively.  They are the first pension fund to do this in the US.  We expect that this will greatly impact the bull run later into 2021, in a positive way.  There is over $33 trillion locked up in pension funds needing 7% yield or greater, and many are way behind that level right now.  It is a growing problem.  Bitcion is a good option for them, click here to read more.

It remains possible that pension fund investment into Bitcoin could flatten out the bear market curve in future years for Bitcoin.  Due to the sheer volume of investment in pension funds.  This lends great creedence to NOT selling Bitcoin unless what your exchanging the Bitcoin for generates a good yield.  (ie. Real Estate, Fine Art).  We used to put Gold in that category, but Gold has fallen way behind.  Bitcoin has absorbed much of the demand for Gold already.  We believe Bitcoin will pass the Gold market cap of $7 trillion (was $9 trillion), during the next bull run of 2024-2025.  So as Bob Marley said, don’t worry about a thing, every little thing is gonna be allright!

Neutral ATM buys and sells Bitcoin as little as $20 at a time! You do NOT have to buy an entire Bitcoin.  Neutral ATM is here to get everyone off of zero Bitcoin.
Give Neutral ATM a try.  We have low rates, convenient locations and we are expanding. Contact Neutral ATM, we will answer all your questions about Bitcoin and using our ATM machines. Find a Neutral ATM Bitcoin machine location near you.