In the below picture, from the 1920’s in Germany.  The Weimer Republic printed currency to the point that it became absolutely worthless.  See picture below: 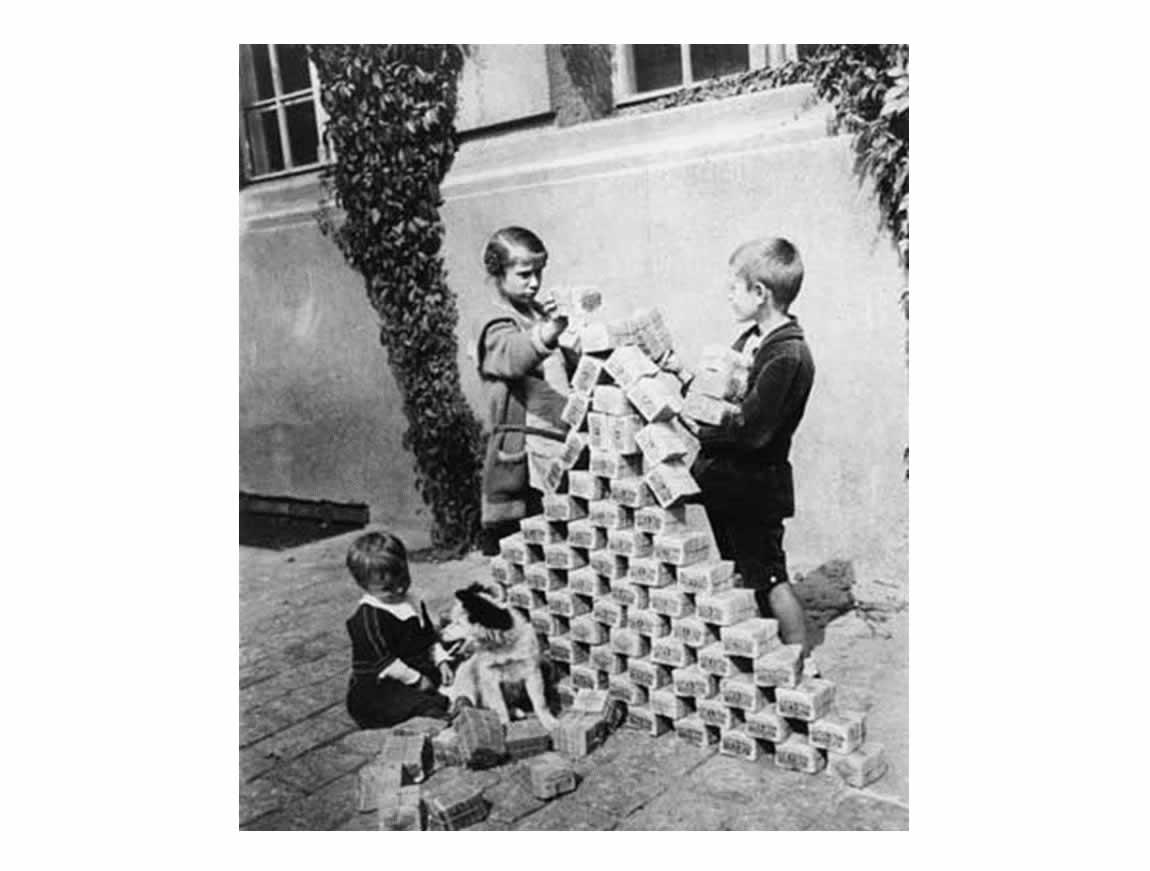 The US would have to drop the dollar much lower than an 89 DXY level where it is now, for something like this to happen here.  However, many other countries will be added to the long list of countries, whose currencies have failed.  Eventually, the US will be on that list, but as one of the last countries to have it’s currency hyperinflate.  Therefore, until hyperinflation is pervasive world wide, Bitcoin will remain an alternative currency.  Not ideal for those tied hopelessly to the USD.  Yet, for open minded, and resourceful individuals, that want to preserve and grow their wealth during inflation.  Bitcoin offers the best chance at achieving that goal.  It offers the only chance at achieving that goal, while at the same time, separating money from state.  The great reset wants to give us central bank digital currency and track us with it.  Click here to view.

This is rather disturbing.  Hyosung makes ATM machines.  They are one of the largest manufacturers worldwide.  We are in the Bitcoin ATM business.  Now, if we can get a large number of people thinking Bitcoin, instead of USD as their store of value.  Which is better for humanity?  Bitcoin uses energy, but it can use renewable and waste energy that would otherwise be flared.  We are also attempting to mine Bitcoin where natural gas is flared or wasted.  That natural gas is turned into power to mine Bitcoin.   40% of the 160,000 terra watts per year of power usage is wasted.  Our 27 years of Oil and Gas experience, focused on recycling waste gives us insight into how Bitcoin can more usefully be used to stop the waste of natural gas, and stop the flaring of natural gas.  At the same time, Bitcoin, once mined, can give humanity a hard money that stores value better than any money on earth.  Why would anyone want to work hard and save in a currency that loses 12% of it’s value this year.  That may turn into 25% or more in the near future.  Time exchanged for money, that is work.  So, inflation is time theft.  40% of all power is wasted.  Bitcoin can actually stop time theft and stop power waste, simply by converting power into hard money.  No invention in modern history compares to Bitcoin.  Energy usage is a feature not a bug!

By the way, Bitcoin is breaking out slowly.  See below: 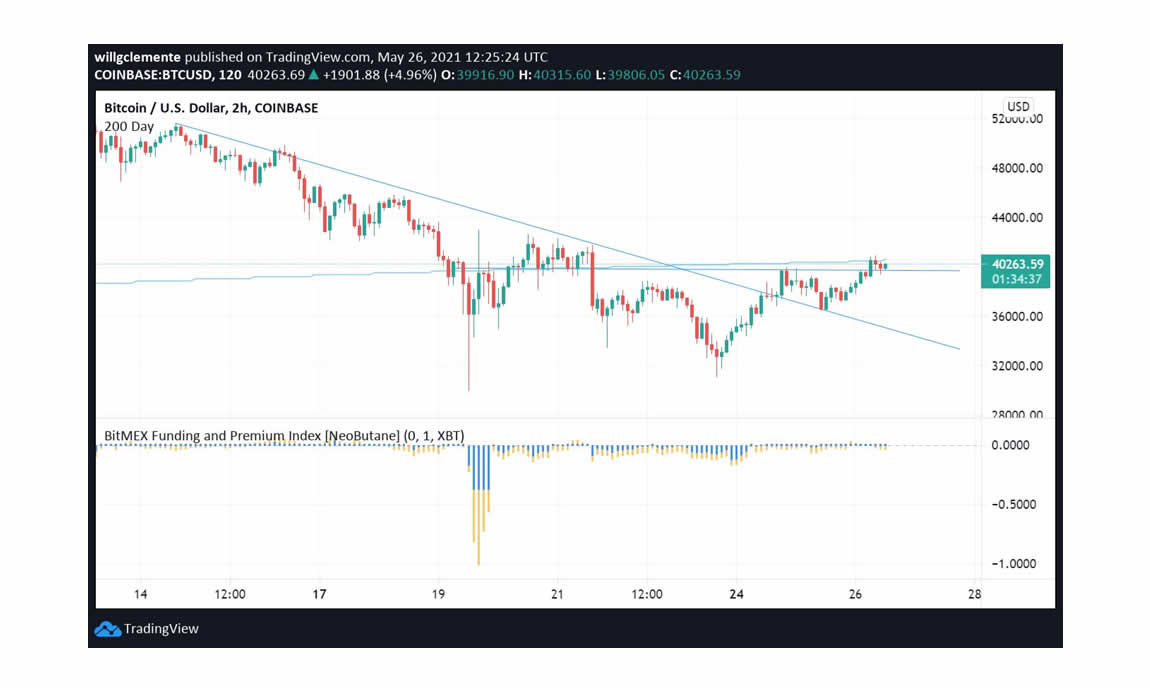 According to Willie Woo, who is one of, if not the best Bitcoin analysts, the corona virus shaped this cycle’s bull run.  This stands to reason!  Here is his tweet, view on twitter.

Obviously, Bitcoin adoption rose up and eventually got up to the level of a Ray Dalio.  As a reaction to the corona virus.  He admitted Monday that he owns Bitcoin, although we don’t yet know how much.  He has done a 180 on Bitcoin.  Many other institutional investors, tech companies, hedge funds have put Bitcoin on their balance sheet.  Inspite of energy FUD this last two weeks, Bitcoin is coming out of it’s bear slump and will soon take off.  It could be June, July, or even August.  We will know it when the big green candle hits the chart.  It is coming.  Adoption is still pouring in to Bitcoin.  The more the inflation becomes evident in everyday life, the more the adoption curve into Bitcoin will steepen!  America does not HAVE to look like that picture of Weimer Germany for this to happen!  Those of us who held on to Bitcoin through this last dump survived one of the most brutal dumps in Bitcoin history, 54%.  See the chart below: 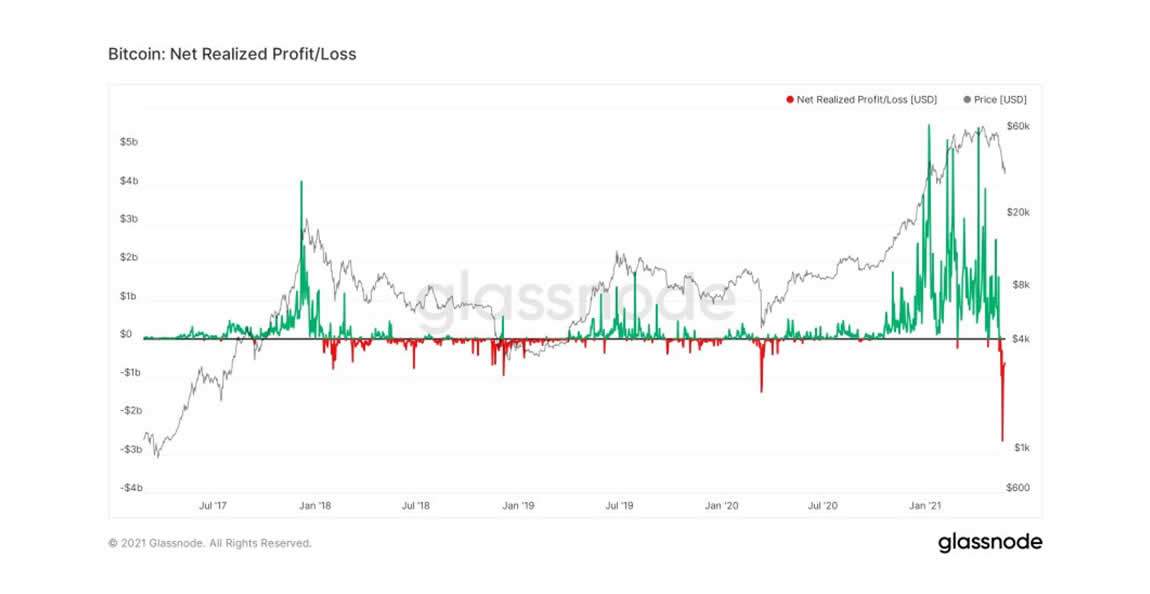 Weimer Germany had to experience massive volatility in the price of commodities whereby prices changed daily of common everyday things like bread, flour, milk.  Just for fun, we called on a Boat we like yesterday.  Just to see what they go for now.  We were told, new prices are coming out in June.  Raw material costs have skyrocketed this year, and they cannot hold their prices for long.  Sound familiar?  Inflation is here, and worsening by the day!  We all need Bitcoin.  It is humanitarian!