Do Not Put Your Bitcoin at Risk!

If Bitcoin were a company it would rank as the #5 largest corporation in the world behind Alphabet, parent company of Google.  However, Bitcoin got this big in 12.4 years.  Faster than any other company has accomplished this: 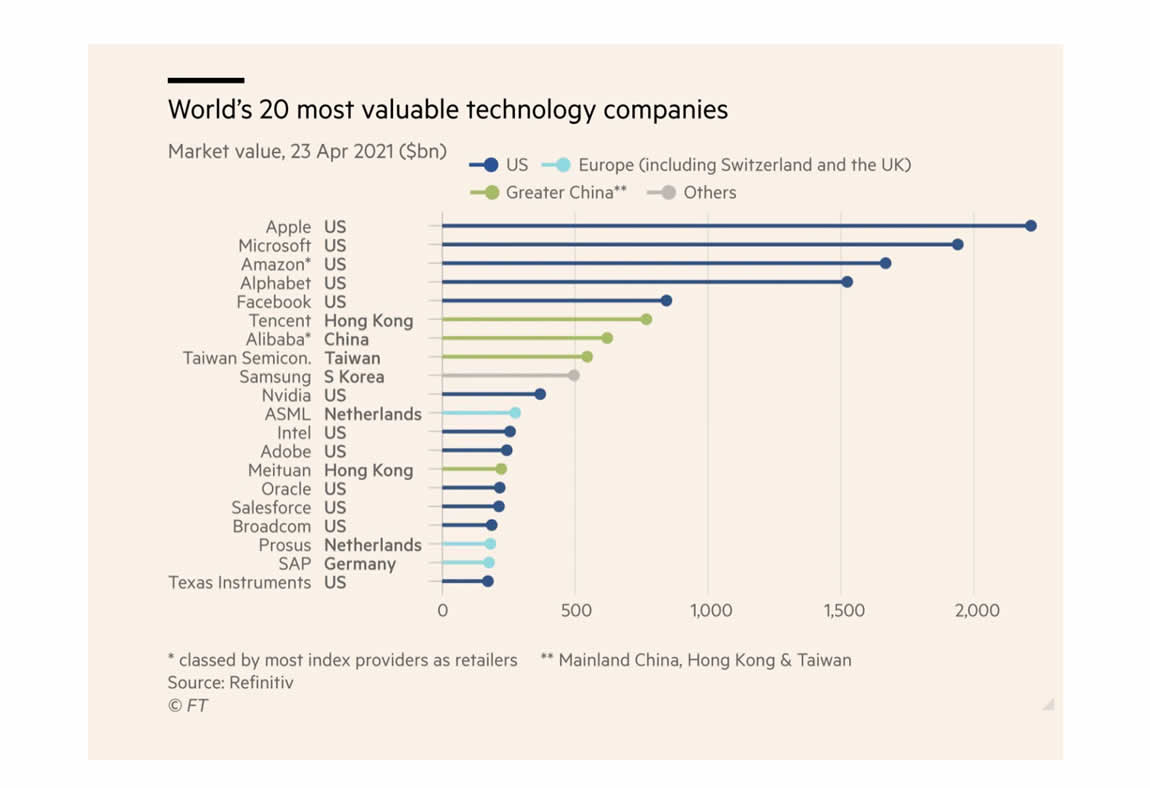 Remember the previous blogs we have written, have disclosed that Bitcoin’s adoption curve is a much steeper trajectory than Apple, Microsoft, and Amazon were.  The reason being, Bitcoin solves a much bigger problem.  Every decade boom and bust cycles, wars based on the petrodollar, hidden inflation, hidden tax, and a global debt based monetary system.

The below picture best illustrates what is going on with the debt based, global monetary system: 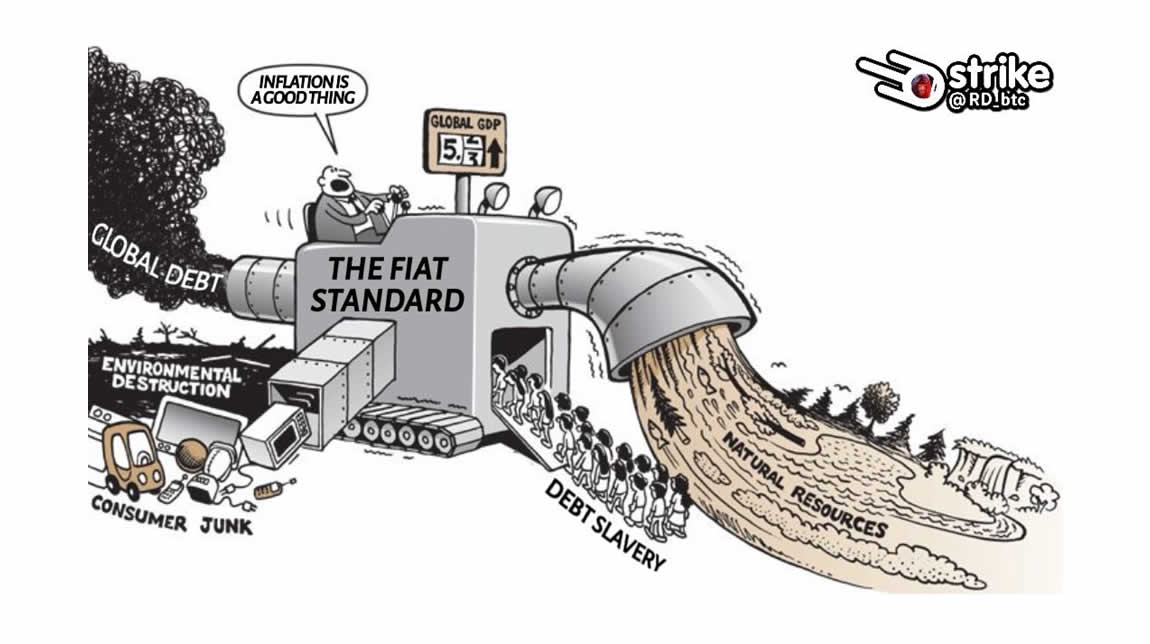 So, how does this get fixed?  Obviously, the global monetary system is broken.  Inflation is out of control.  Central banks worldwide, cannot stop printing currency, because that is the only way they have to keep interest rates low.  If interest rates were allowed to climb up, as they did in the late 70’s, many major economies would collapse world wide.  High interest rates would cause stock and housing markets to collapse, it would plunge the world into chaos, militarily and financially.  Therefore, central banks have to print currency, and grow there money stock (supply).  Subsequently, inflation is creeping back up.  The CPI index shows it lower than it actually is.  It keeps the masses calm, yet their savings are being taken from them.  Inflation is the hidden tax!  The dollars you save today, are worth far less tomorrow.  The debt the government racks up today, is worth far less tomorrow.  Who is getting the better deal!  Inflation is a hidden tax!

The next question is, how does Bitcoin fix this?  That, is a tall order.  We have discussed how the scarcity of Bitcoin is programmatic.  Miners are rewarded for mining blocks on the blockchain, every ten minutes.  Every 210,000 blocks that reward is halved.  This production cut, creates a supply shock which creates a bull market 18-24 months after each halving.  210,000 blocks times 10 minutes is 4 years.  See the stock to flow model: 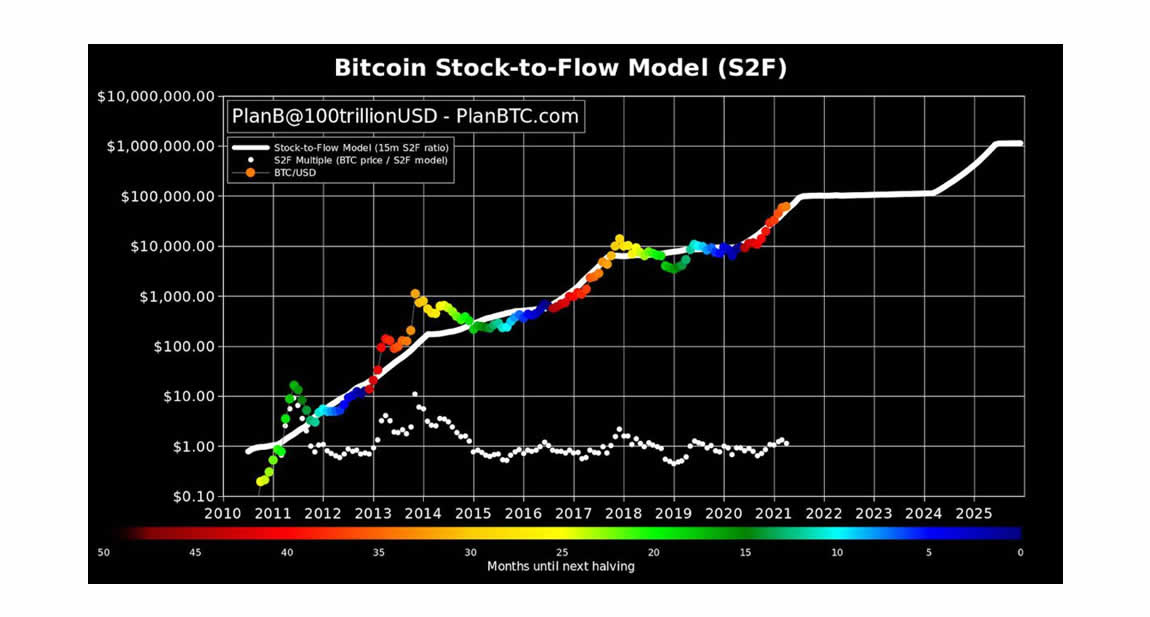 This model accounts for all the Bitcoin in circulation divided by annual production.  This is why the model shows a stairstep pattern after each halving.  This is the most accurate prediction of the Bitcoin price into the future.  It is so, because demand for Bitcoin revolves around the halving every 4 years.  The bull runs always begin, in earnest, after the halving.  We also see a lengthening of the bull runs each cycle.  Eventually, the cycles are bound to smooth out.  Lengthen, decrease in volatility.  See the next chart to illustrate this: 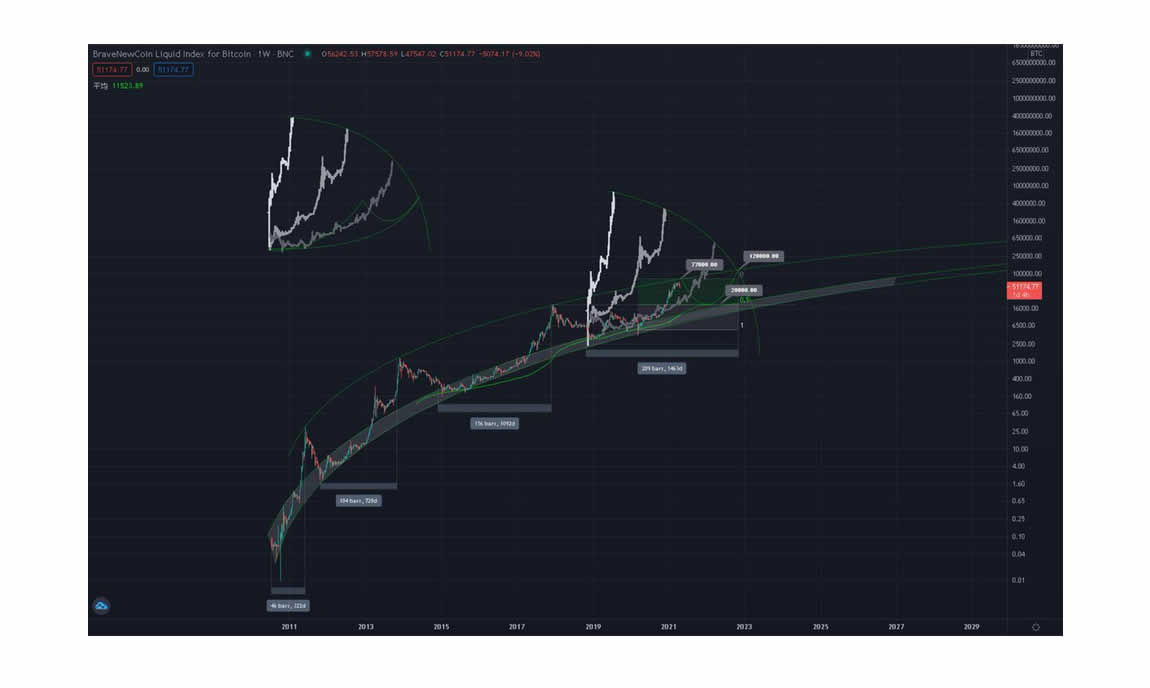 This chart predicts a top in late 2021, in the $160K to $200K range.  Neutral ATM sees this as a likely outcome to this bull market.  We see it possibly getting up to $220K.  Some opine a super cycle is imminent because of the money printing, covid 19 stimulus packages, and overall global macro environment of 2020, 2021.  A super cycle could send the price much higher, even $500K - $700K.  We see this as possible, but much less likely.  This is also why it’s a good idea if not imparrative, to resist the urge to sell Bitcoin.  Even if some alt coin is about to 100X.  It is not worth it, to sell Bitcoin, when the price growth trend could spike up sharply.   You would have to buy back in and end up with much less Bitcoin, at a much higher price.  Protecting the stack of Bitcoin you have, is of more importance than chasing gains on some other asset, that lacks the fundamentals Bitcoin has.  Programmatic scarcity, fungeability, the most secure network in the world, and provability of supply.  The world’s supply of Gold, Silver, or USD cannot be easily counted at short notice.  Bitcoin can.  It has been done multiple times.  Corporations in the below chart have been putting Bitcoin on their balance sheet and taking it off exchanges and storing it offline.  Building up supply.  See below:

Long term holders are doing the exact same thing in the next chart.  Not selling and risking a diminished portfolio.  See the chart below: 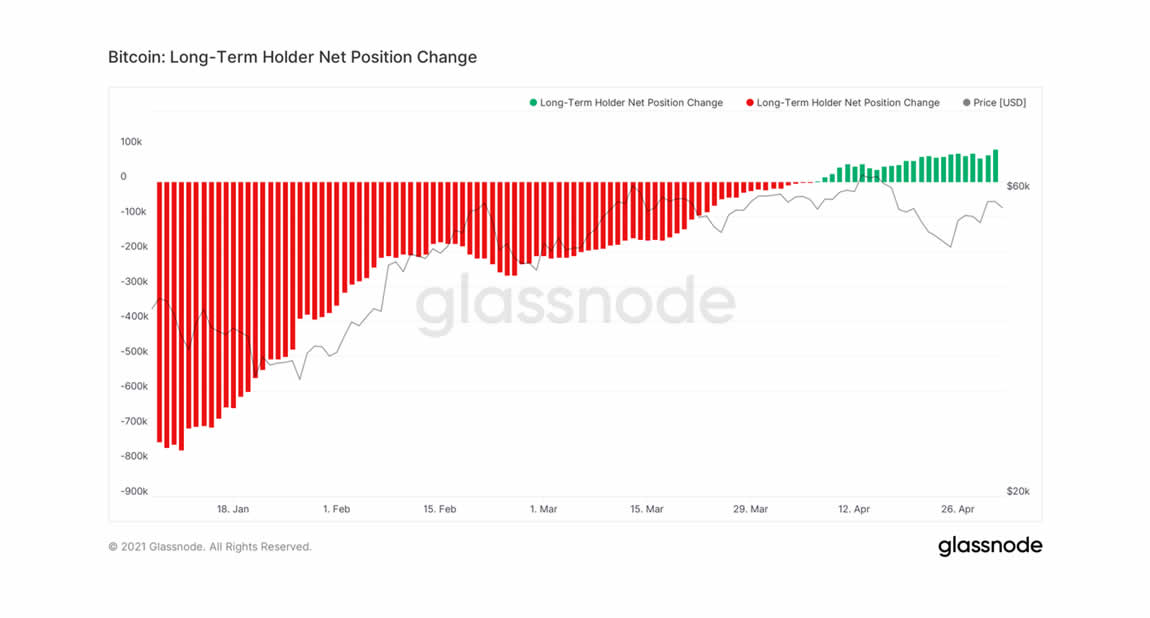 Protect the Bitcoin you have, do not put it at risk!