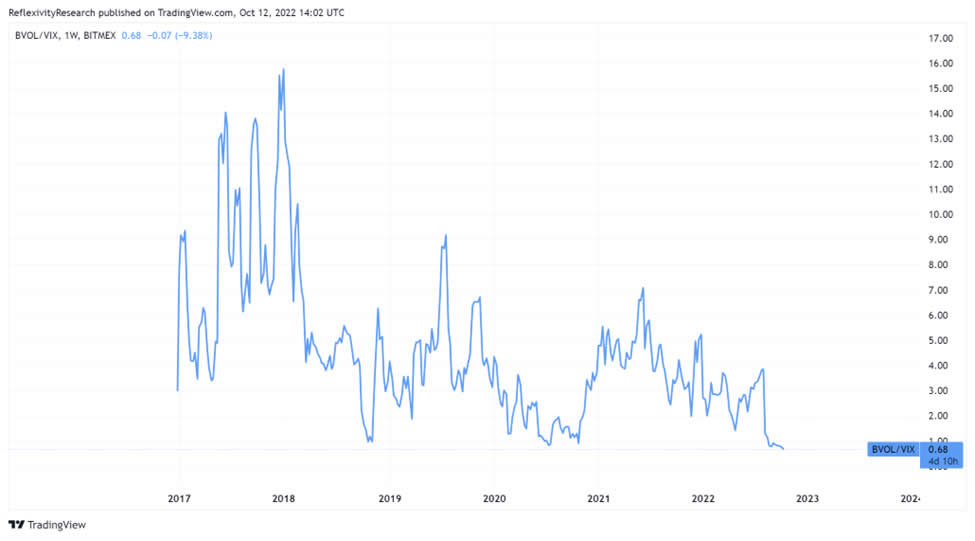 This means that Bitcoin volatility is low at a time of extreme financial distress in the Bond markets.  That should coorelate to extreme price moves to the upside once the derivatives and credit default swap spreads are all unwound.  This will take a lot of time.  Therefore, it will not be an overnight phenomenon.  It basically points to a much, much higher Bitcoin price, once all of this risk, and debt is deleveraged out of the system.

Financial Accounting Standards Board:
FASB board meeting whereby Bitcoin and Crypto assets will now be treated under fair value accounting methods.  Previously, they were treated as intangible assets.  This will greatly help the adoption of Bitcoin, click here to view on twitter.

This brings regulatory chlarity to Bitcoin and will help with institutional financial service companies, adopting Bitcoin.  This will speed up the S curve adoption cycle our previous blogs have discussed.

Now let’s discuss the extreme financial distress in the bond markets and what that means.   Open revolt in Europe over inflation coming this winter from the dollar milkshake theory, click here to view on twitter.

“The “degree of synchronicity” by central banks was unlike anything seen in five decades.”  Not since the post WWII era has there been global synchronicity among all central banks, raising rates at the same time.  The above article details why, when the Fed raised rates 4 times in 96 trading days, global central banks had to react accordingly.  The Fed had to do this to fight inflation, but they had other reasons as well.  They are also working against political factions out of Davos, Switzerland intent on centralized control!  By bringing home the US dollars, liquidity gets drained from these tyrannical organizations out of Davos.  That is another desired impact, not just controlling inflation. 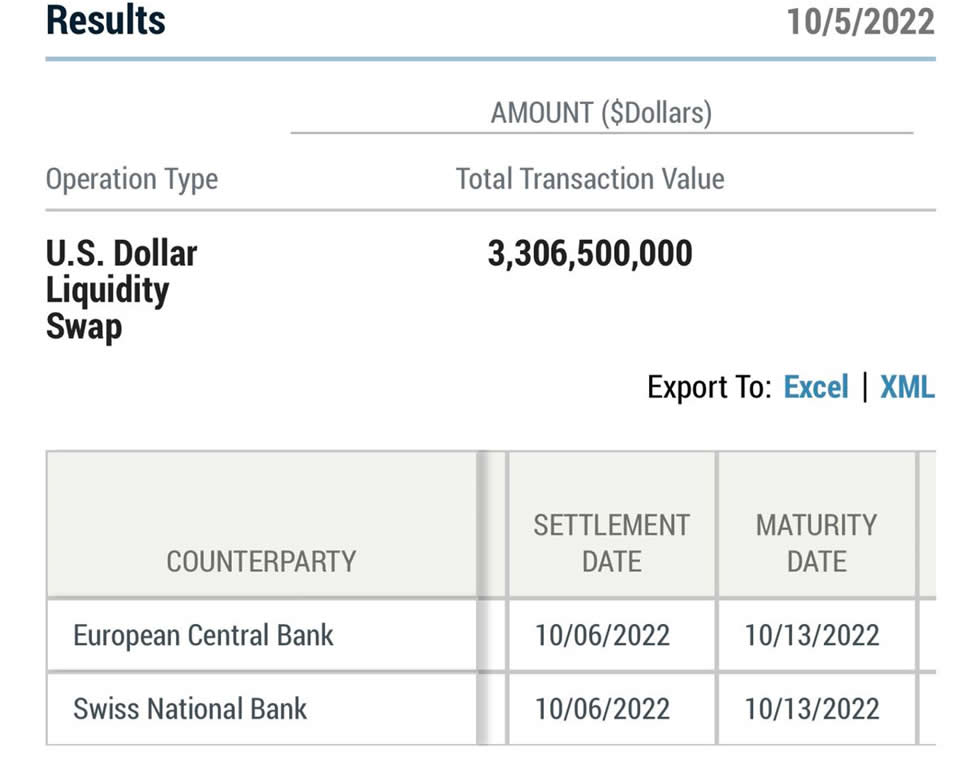 Notice how the credit default swap from last week was almost half of this week!  These were swaps from the ECB using the Swiss National Bank.  That way we cannot tell if it was UK, Germany, Portugal, or Spain, etc who was doing it.

A Credit Default Swap is a bet on a company or country’s chance of defaulting, i.e. a put option on a bond.

The spreads on credit default swaps are important to watch as they show us a distressed asset before it collapses.  See below: 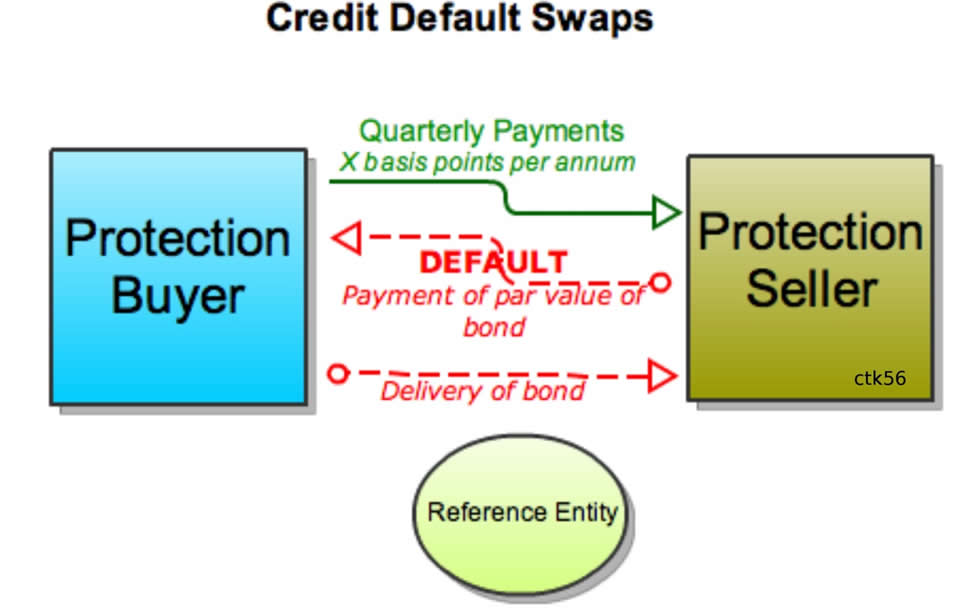 Below is the spread for Credit Suisse: 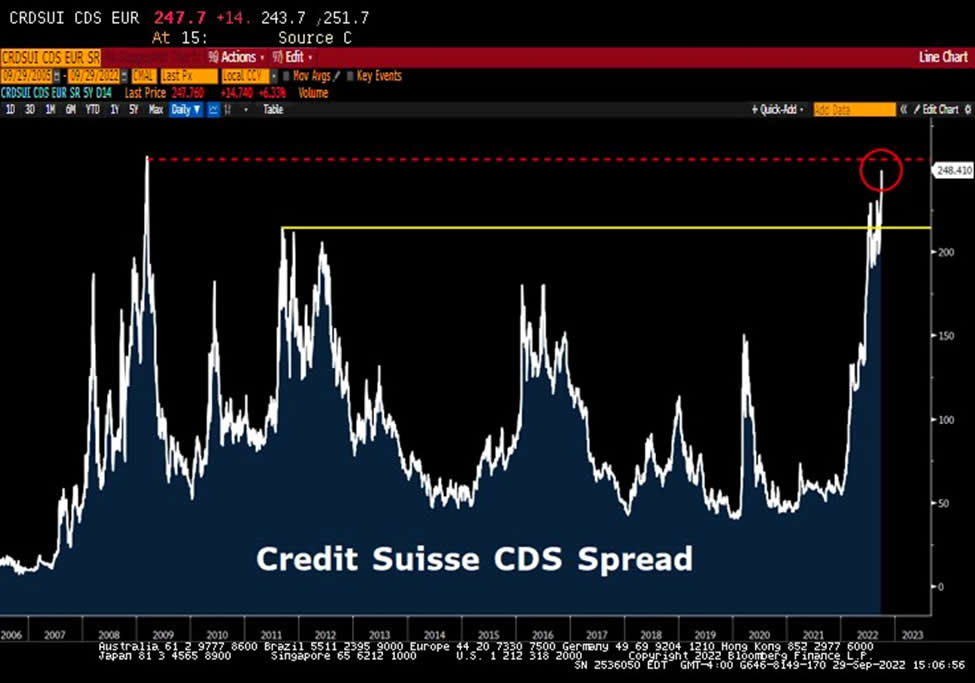 The default risk of Credit Suisse is as high as 2008 right now.  Credit Suisse is the 2022 version of Lehman Brothers.  The difference between this debt crisis compared to 2008 is, this one is global.  2008 was US only.  This is why the BRICS nations (Brazil, Russia, India, China, and South Africa), are working on an alternative reserve currency.  Remember, it has a basket of precious metals as the backing, and Bitcoin for international settlements.  This is very significant.  We believe this reserve currency is close to the ultimate set up, which would replace the US dollar as the global reserve currency.  This is happening much sooner than many investors believe it will.  We cannot tell you the timing, and we cannot tell you specifics of how the new reserve currency will be set up.  We can tell you it is happening sooner than most think.  Bitcoin will have involvement, if the BRICS nations prevail.  It’s that or CBDC.  That is a no brainer to us.  Let’s see how it all plays out.  We see the US dollar crashing UP!  Which means rates keep rising, the DXY keeps rising, and other nation states have to follow the Fed.  They raise rates, there is economic distress, eventually something breaks (i.e. Credit Suisse).  This type of economic distress forces more credit default swaps with widening spreads.  That means more yield spreads to cover for the high risk of default.  Expect fireworks in October!  Between now and the end of the year, we will know a lot more than we do right now.  The US dollar crashing up means, there was a default (Credit Suisse?), and then the Fed really has to raise rates.  The cascade spreads to global central banks, and the DXY subsequently goes parabolic!  Here is where the DXY (USD index) is now: 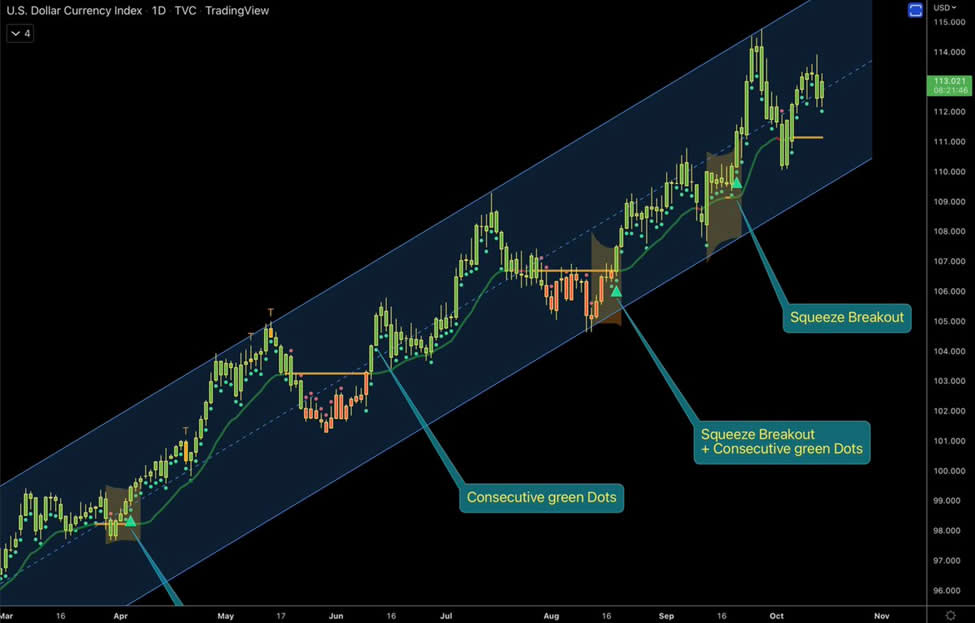 If the USD crashes up, this depression will result in hyperinflation, a massive increase in Silver, Gold, and especially Bitcoin prices.  This is due to their scarcity charactoristics.  Land, Art, and other scarce assets will also do well.  These gains will be eaten up by the high costs of inflation.  This is the scenario most likely to play out!  Same old, same old, nothing to see here is NOT GOING TO WORK ANYMORE!  We cannot name exact timing, but we can warn.  Doing nothing is a choice!  We are not financial advisors and this is not financial advise.  We hope this helps in the decision making process.  Here is a picture that depicts how they trick us and lie to us about our inflation that we really experience, everyday: 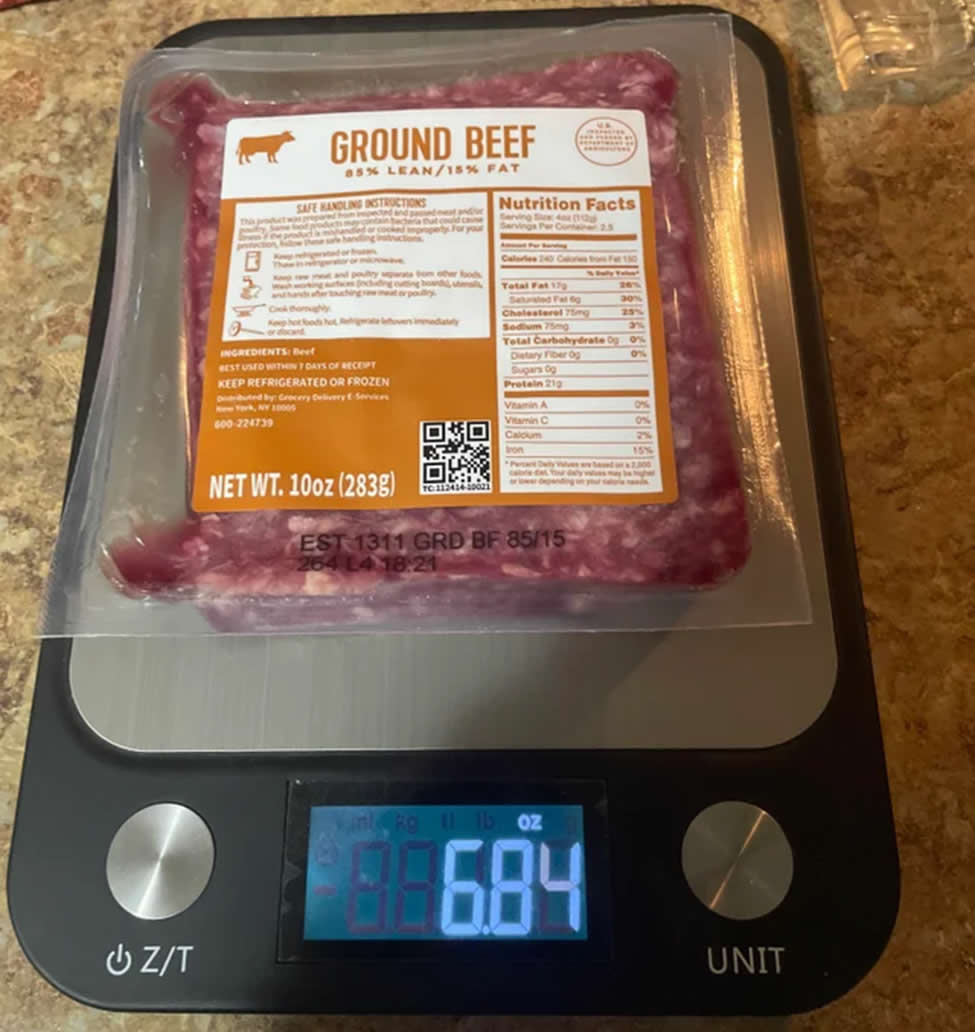 10 oz. package of ground beef really weighs 6.84 oz.  Shrinkflation!  Expect more of this, and more hidden inflation.  It is nearing 20% nationally at this time, referring to real inflation.  That will grow exponentially over the next year to two years!  You really do need Bitcoin!