Coinbase, the largest crypto currency exchange in the world released it’s Q1 numbers yesterday before the 4/14 IPO.  Here are the numbers below:

That puts them ahead of Goldman Sachs, they are now the largest financial investment firm!  How big would Coinbase be if they had invested their entire cash reserves into Bitcoin!  They may be close to Amazon level at that point.  Wall Street will absolutely stand up and take notice of Bitcoin and other companies offering crypto currency financial services on the blockchain!  Below are more reasons why Bitcoin may very well be in the beginning stages of its biggest parabolic move ever, time will tell.  We CANNOT ignore the highest ever hash rate in Bitcoin history.  Hash rate is followed by large parabolic moves.  Hashrate hit 178 exehashes/second, yesterday: 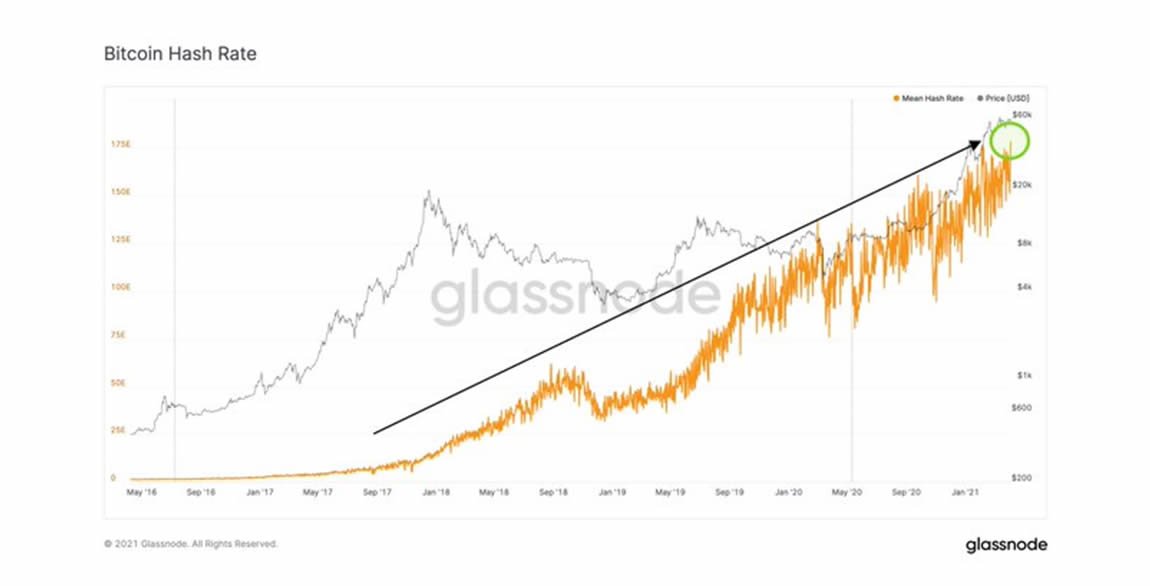 Bitcoin has seen the liquid supply drop drastically twice in 2021.  Now and in late January.  What happened in February.  Bitcoin grew by 40% in one month!  If Bitcoin has similar growth over April, it could be in the $79,450 range by May 1st!  This seems impossible but it is not.  Bitcoin is THAT cheap right now!  We have seen parabolic moves especially the first two months of a quarter, April and May would fit that trend as well.  June may be a cool off month as March was.  Here is the chart on liquid supply change, for Bitcoin: 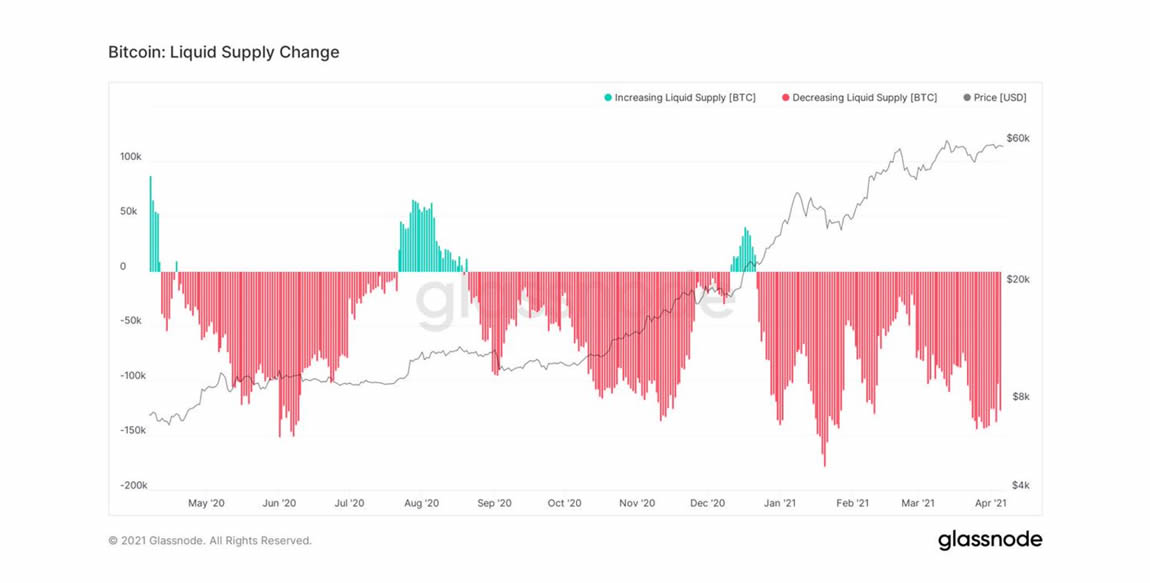 Pensions, hedge funds, financial institutions, and the famous, all are gravitating to Bitcoin as a hedge against inflation, running to hard money, and flocking to a decentralized currency.  Meanwhile, supply is being stored offline in cold storage for long term holding.  With the supply shock getting stronger, watch the progression on this chart.  Keep an eye on the yellow circulating supply line.  It appears there is no way Bitcoin won’t surpass $100K with ease this summer.  We base this opinion on the technical charts (see the bull flag, brewing for a month), the supply shock ongoing now, global macro (money printing), and finally the need for much more printing and money supply growth into the foreseeable future.  See the chart below: 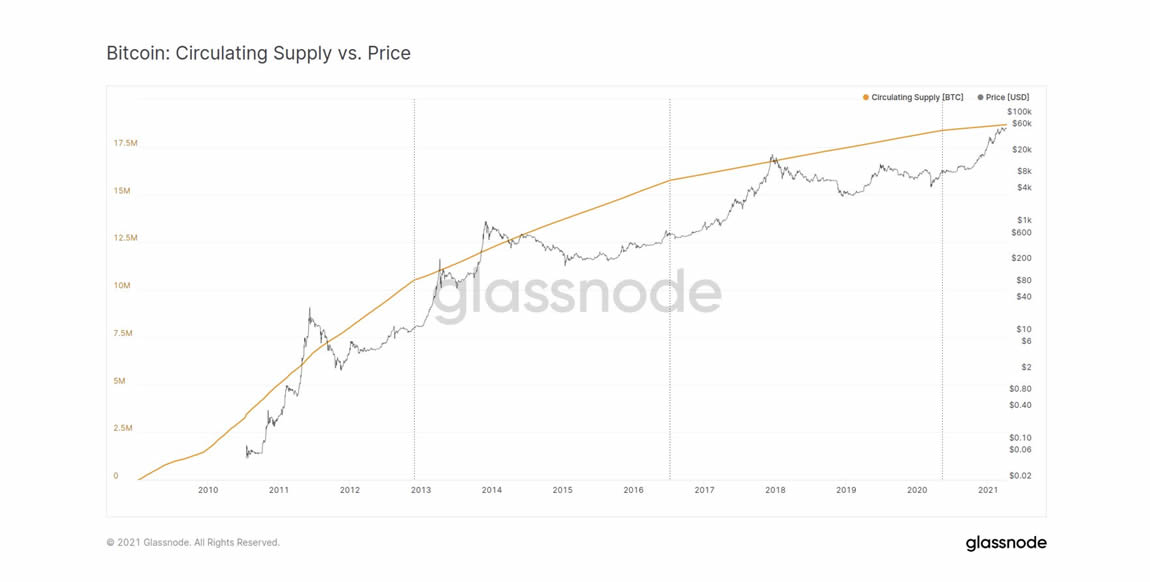 Neutral ATM has 2 locations, 6 more on the way.  We just opened an OTC Desk for $11K and larger transactions at 4% rates.  We will never stop fighting to get every one who wants a better money, into Bitcoin.  It is the world’s first digital currency operating on the world’s most secure network.  More encrypted than nuclear launch codes.